The Wii U GamePad Conundrum

From Nintendo�s Wii U page. Apparently the console exists only to prop the GamePad up.

Pedrovay wrote a short blog earlier today regarding the Wii U's controller, asking us to stop using it to criticize the system (you might want to read it first). Specifically, he wanted to remind us that the GamePad is only one of several possible control schemes the system offers, and that many third-party games may not make special use of it at all. In other words, we shouldn't be bashing the system just because we don�t think we�ll like the GamePad controller.

Anyway, I wanted to make a short blog response because I know I'm probably the #1 offender when it comes to Wii U Bashing. And in one way or another, most of my concerns about the system do come back to the GamePad controller.

* First of all, it is Nintendo who has made the controller the focus of the system and its discussion � not gamers, as Pedrovay seems to be accusing. It's what they show people when they talk about the system, not the console itself. In most promotional images of the system, the controller is propped in front of the console, almost hiding it. There have even been issues with people mistaking the GamePad for a regular Wii peripheral, including Jimmy Fallon on Late Night. If you look at Nintendo's publicity, it's clear that the GamePad is to them the focal feature of the system. And the touchscreen is what sets it apart. So for us to judge the system based on the GamePad and its unique touchscreen is exactly what Nintendo wants.

* By making the controller the focus of the system, the thing that sets it apart from the PS3/360, Nintendo has created the expectation that it will add something positive and unique to the game experience. Pedrovay is right � many third party titles may not require the GamePad at all. But doesn't that defeat the purpose of having bought a Wii U in the first place? If the Wii U version of a cross-platform game isn't going to offer anything special (and comes out late) it really does seem like a redundant release. Why not just buy the game on your existing PS3/360/PC? Cross-platform games generally come out on all three of those now, and few core gamers don't already own at least one of those three systems. Sure, it�s fine that they are being released � it�s always good to have more titles for a system. But those releases give little motivation for anyone to actually buy the system.

Apparently the black Wii U doesn't even need a console.

* That controller isn't cheap, either. In terms of development costs, hardware costs, and the power spent pushing a second screen it�s hard not to think the system�s raw graphics power has suffered significantly from its inclusion. Digital Foundry did a technical analysis of the Wii U's games, and any improvement over the PS3/360 thus far looks minimal; most games ran at the standard 720p/30fps current-gen consoles are typically locked at. And even then, most of Nintendo�s current first-party titles don�t even look as good as a PS3/360 game. When I went hunting for a screenshot of New Super Mario Bros Wii U, I had trouble distinguishing it from the original Wii title. 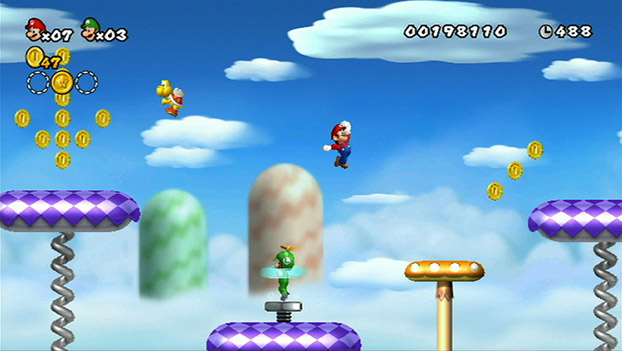 * Raw graphics power is probably going to be an issue when the new MS/Sony consoles are released. It�s unlikely the Wii U will be able to run high-end cross-platform titles, just as the original Wii lost out on many big releases. It�s a cross-platform world now, and that could hurt software support. And cross-platform development raises another issue: even if a cross-platform game makes its way to the Wii U, any GamePad functionality will probably be tacked-on or non-existant. If the PS4/720 are more powerful than the Wii U (a given, really), why buy the Wii U version if all it offers is worse visuals? 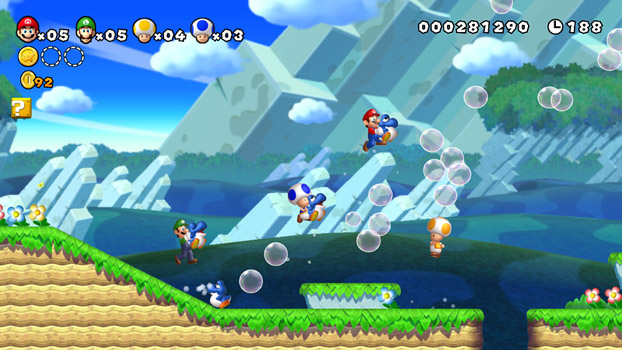 * I have other issues with the Wii U. I don�t feel it has much software support; there are certainly no big-budget AAA titles that make me want to purchase one or impress me in terms of visuals or GamePad use. This would have been a perfect time to do a Metroid Prime in HD � I can really see the GamePad being useful in that for things like scanning modes. But no, we�re left with 2D titles like NSMBWU which have rehashed gameplay and uninspired, bland visuals. 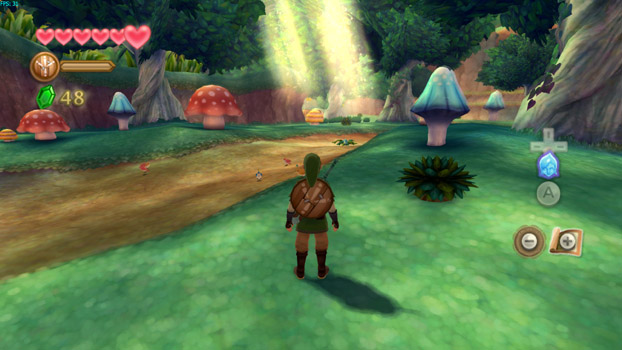 Want a Zelda game running in glorious 1080p? Get an emulator, I guess�?

So yeah, I�m going to stop taking every Wii U post as an opportunity to criticize the system. But I am not �sold� on the system yet. And believe me, I WANT TO BE. I want an awesome, inspired, HD version of Zelda, Metroid, or Mario. And maybe in a year or so Nintendo will have some titles that really excite me and make the GamePad seem worthwhile. I want that to happen. Right now, though, I am underwhelmed and disappointed by what I am seeing. And as a Nintendo fan I have every right to express that disappointment.
#ShareonCommunityBlogs
Login to vote this up!