Top ten games that would be better with Aerosmith 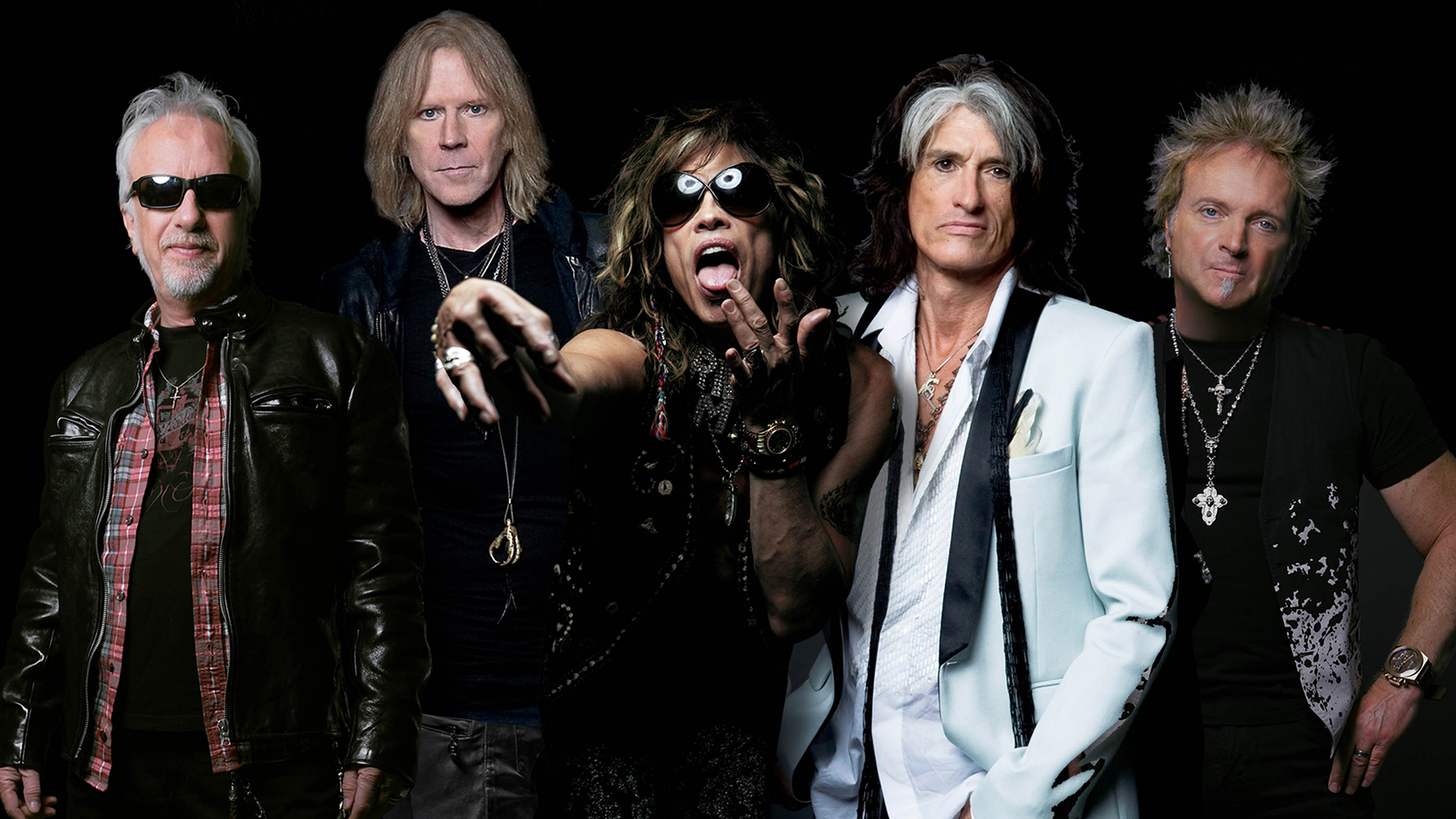 I've recently had the epiphany that any game featuring Aerosmith -- the objectively greatest Rock 'N Roll band of all time -- is better off for it. I'd even go as far as to say Aerosmith has the Midas touch when it comes to video games, as I can't think of a single bad game that Aerosmith has been involved in.

Steven Tyler and his band have touched such classics like Dead or Alive 3, Saints Row IV, and Grand Theft Auto IV as well as starring in games such as Guitar Hero: Aerosmith, and Revolution X, the arcade shooter where the band helps overthrow an oppressive new world order.

Here are the top ten games that would be objectively made better by adding in the majestic sounds of Aerosmith. 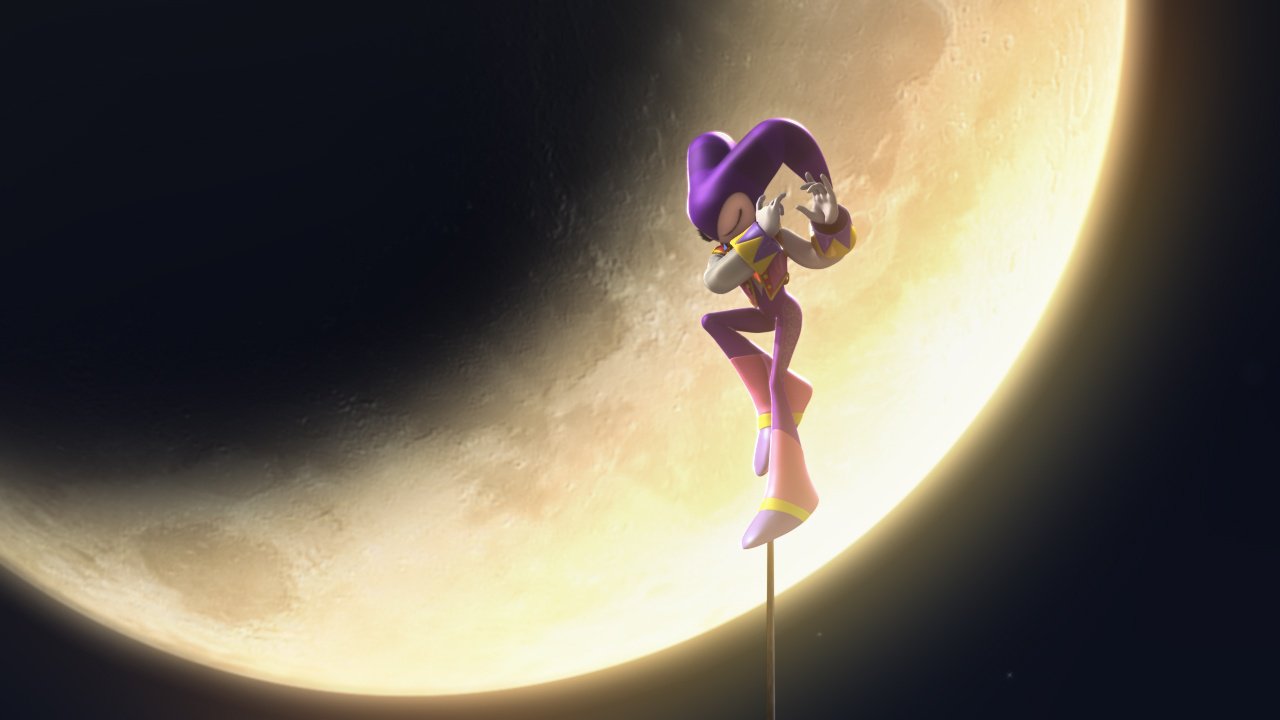 This one is a no-brainer. NIGHTS is known for its inventive gameplay, and people seem to have an appreciation of its music, but looping Aerosmith's Dream On on repeat while playing the game easily makes it at least better than anything released by Sega in the last ten years. Objectively. 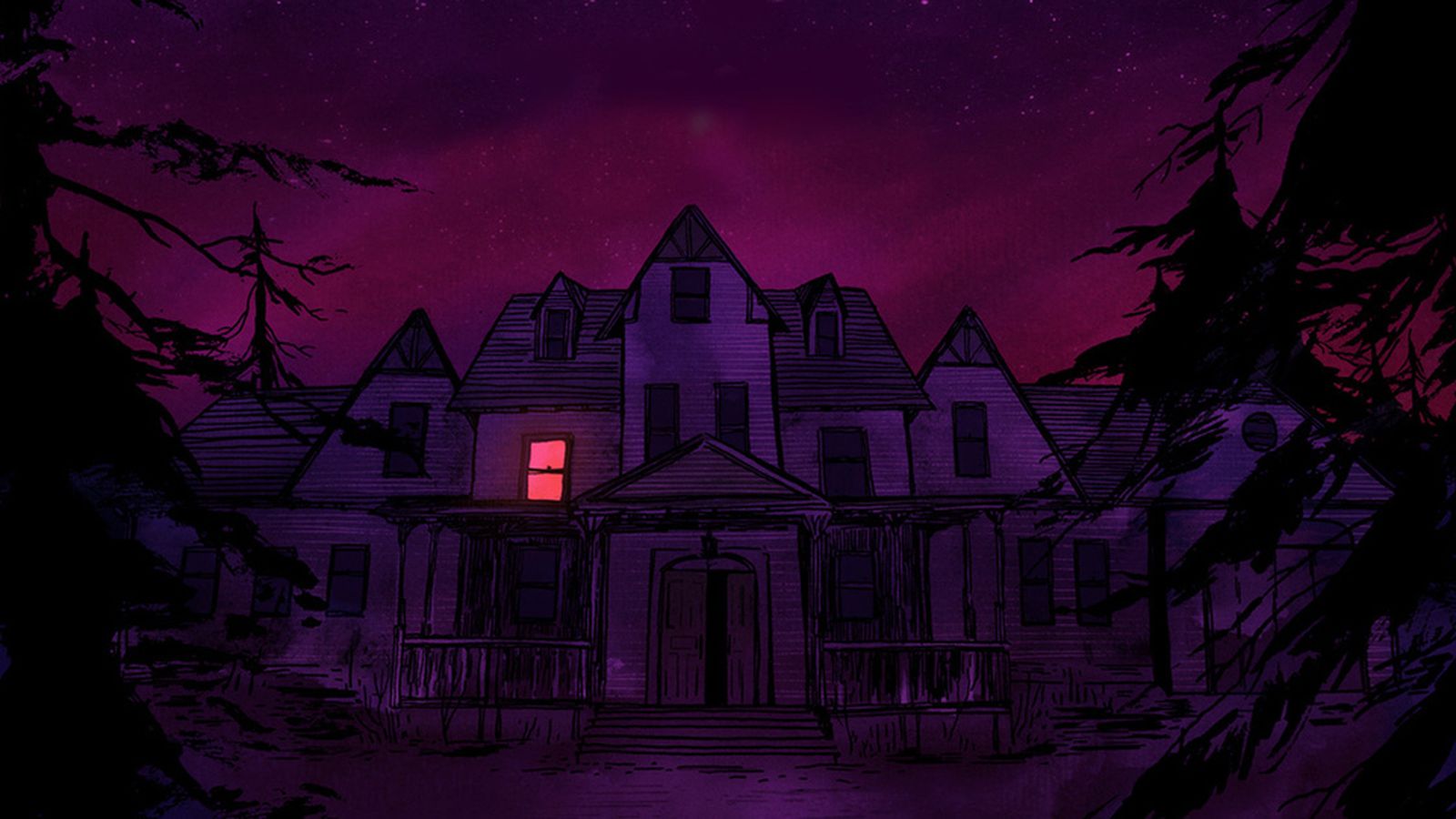 I'll be honest with you, I've never played Gone Home (shocker I know), but I've heard there is a lot of walking in it, so the sultry sounds of Aerosmith's Walk This Way simply make perfect sense. This song would also lift up Firewatch, and Everybody's Gone to the Rapture.

I know what you're saying, "But Jed, isn't this a cover of The Beatles?" Well yes, it is, but the song was made better by the magic that is Steven Tyler's voice. Again, a fact that has been objectively accepted by music historians everywhere. Why this song for this game? Well isn't it obvious? R. Mika's butt bash has two women coming together over (or around) an opponent's head. 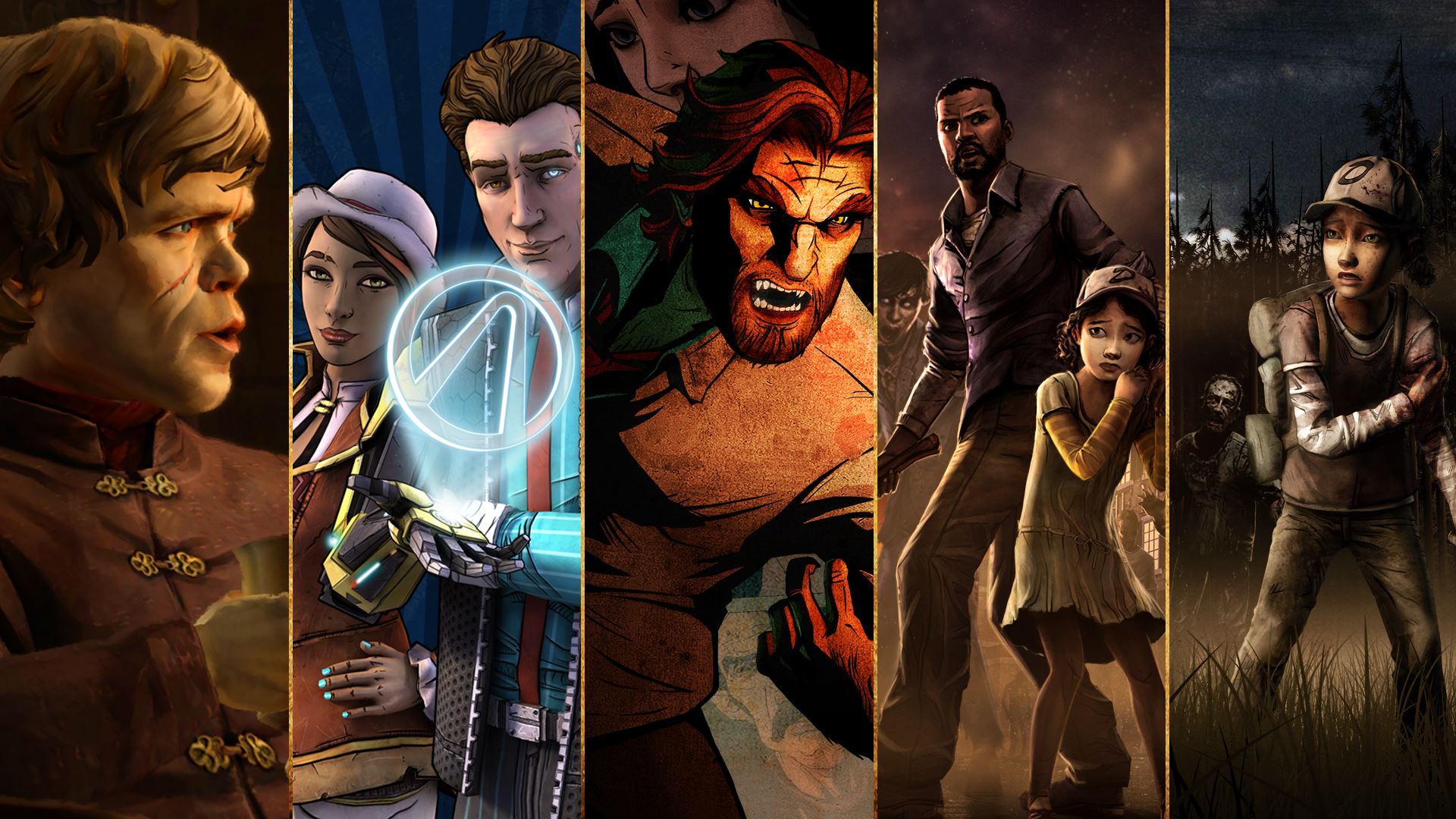 Telltale is known for having sweet, sweet emotions in its games; thus, Aerosmith's Sweet Emotion is a perfect fit. Can you imagine chopping off someone's leg in The Walking Dead while this song plays? I can, and I'm already bobbing my head just thinking about it. 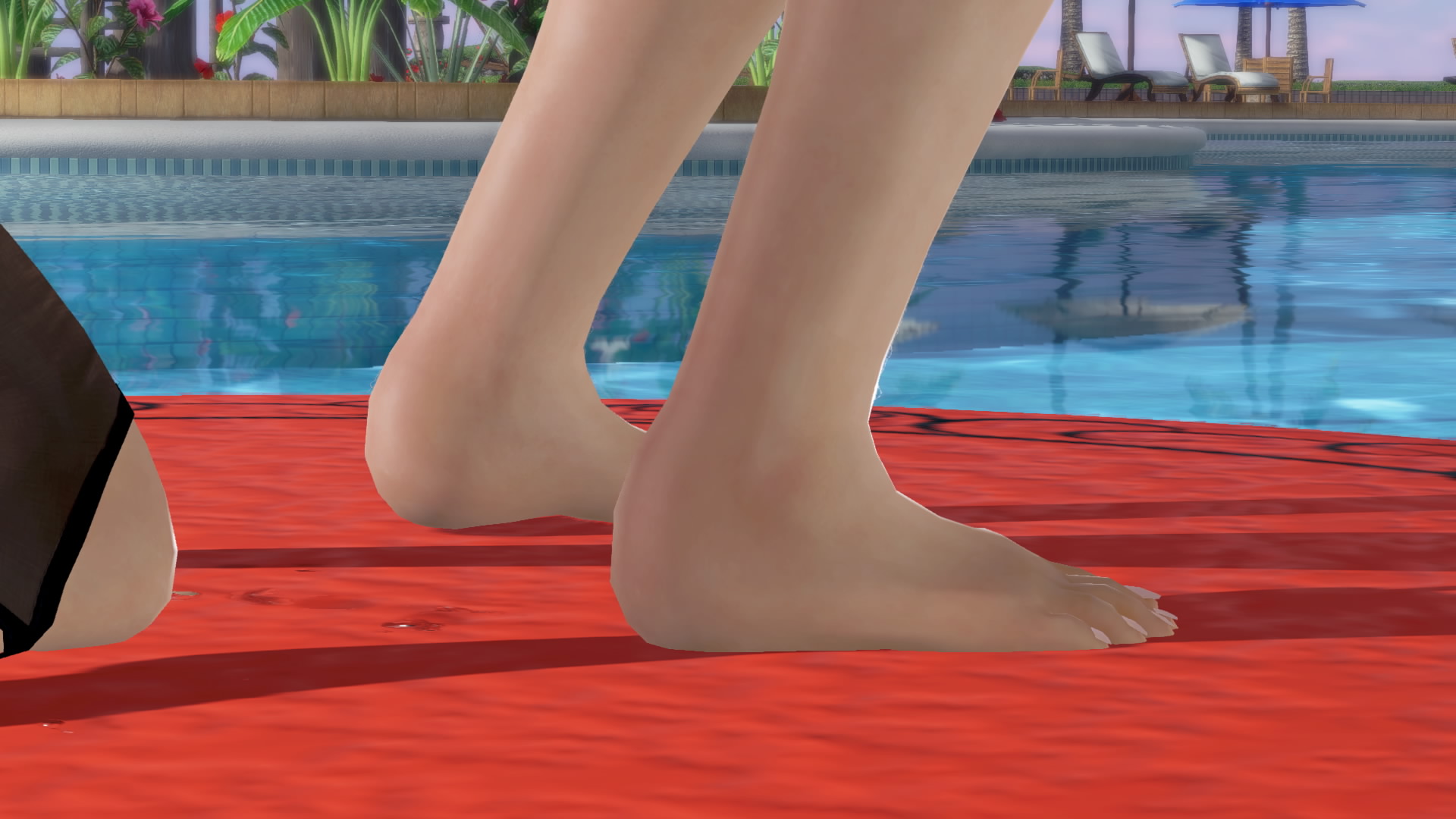 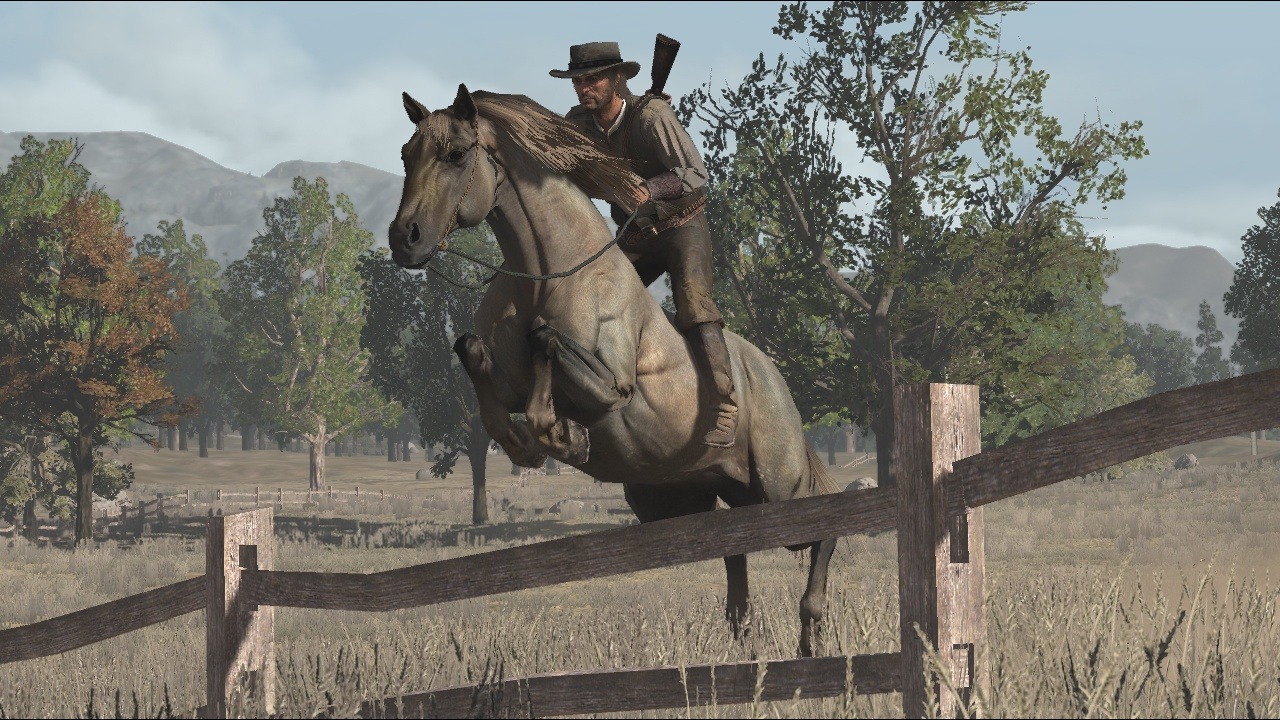 Picture this: In a couple of weeks at E3 2016 Rockstar take the stage, "Ladies, gentlemen, and genderqueer people, this is the next game in the Red Dead series." As soon as the sentence is spoken the lights cut out before a spotlight loudly clangs on and out walks Steven Tyler wearing a cowboy hat, vest, and assless chaps riding one of those broom handle ponies. He starts singing a slowed down, and sad acapella version of Back in the Saddle while the trailer for the new game plays. Perfection. 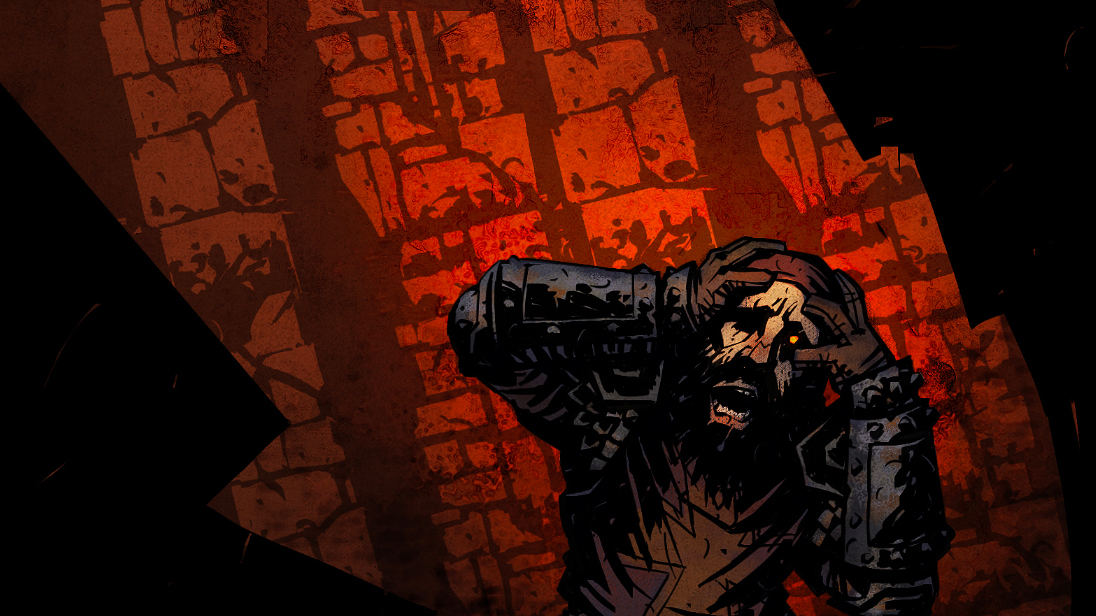 If you're not familiar with Darkest Dungeon, it is a brutal dungeon crawler where you lead heroes through rooms filled with hellish monsters that will literally drive them crazy. If only these dungeons were filled with Crazy by Aerosmith, the game could have been a real hit instead of just an indie darling. 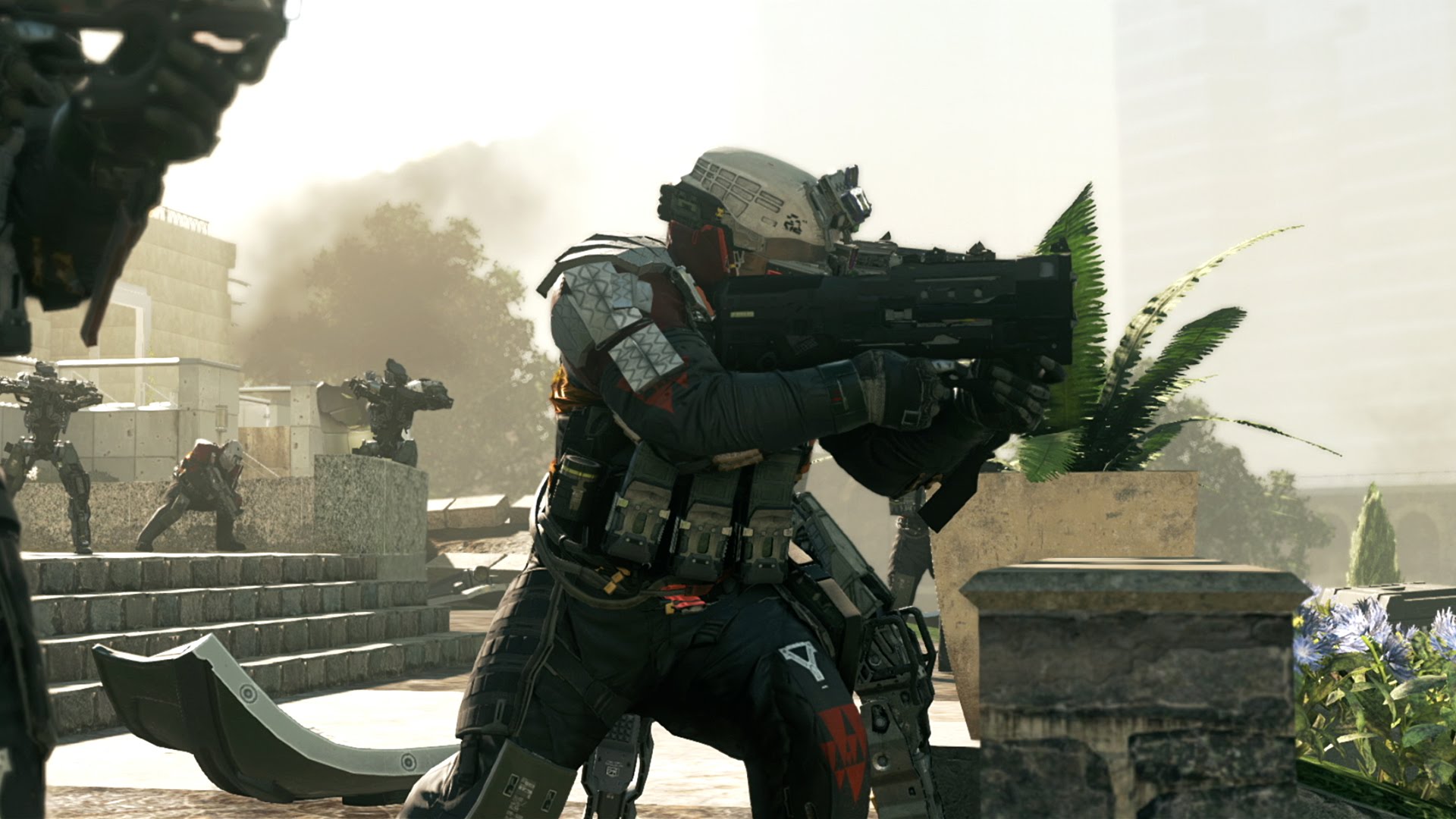 We have had about a million Call of Duty games at this point, and I guess you could say the series is jaded, but it doesn't have to be. The simple addition of Aerosmith's Jaded would make it fresh again. 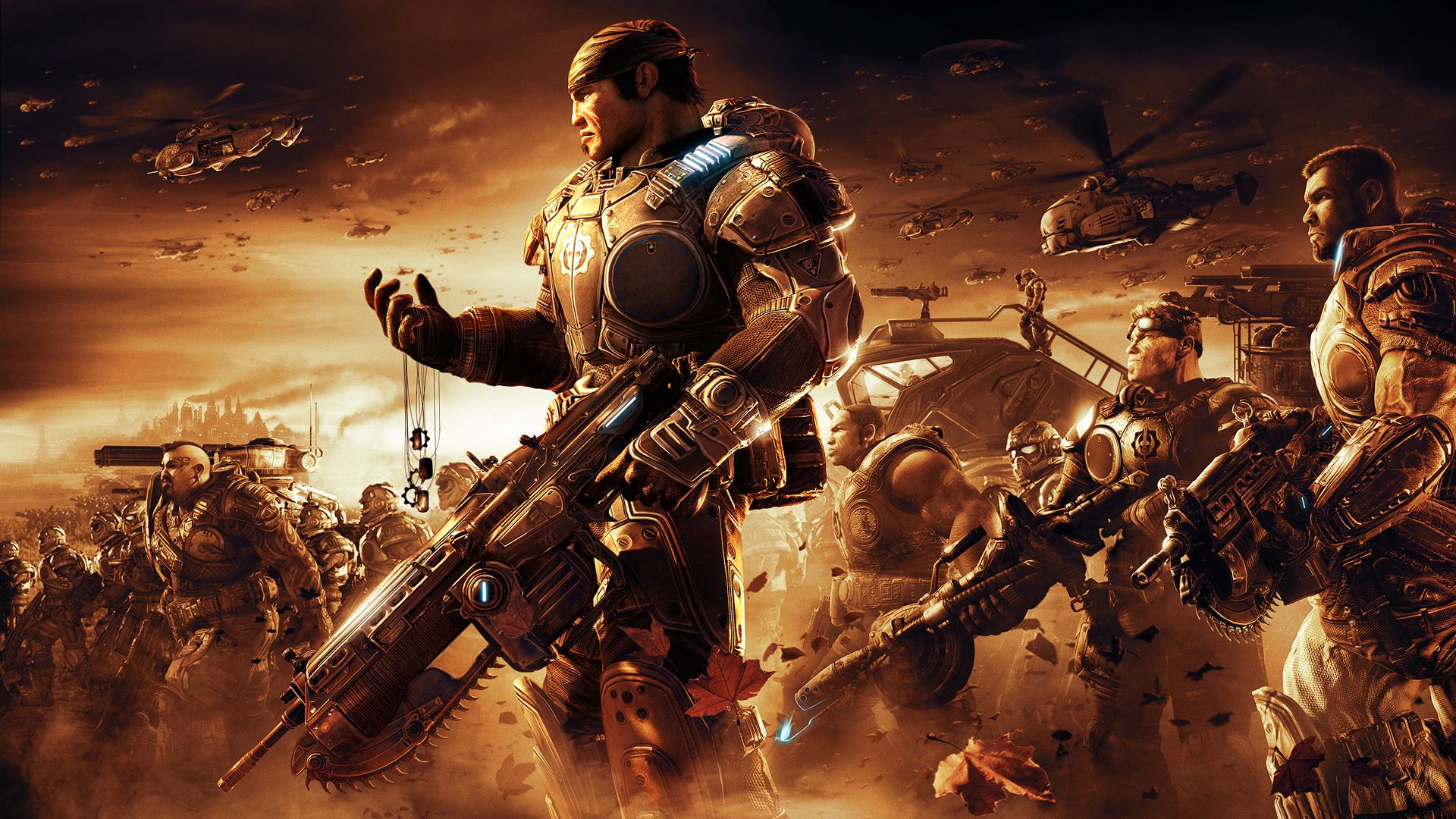 SPOILERS: When Dom shoots his wife is a pretty impactful moment as far as the story goes for the Gears of War series, but if just moments before Dom pulls the trigger the intro to Aerosmith's Cryin' hit, it would easily be in the top ten perfect moments in gaming. Easily. 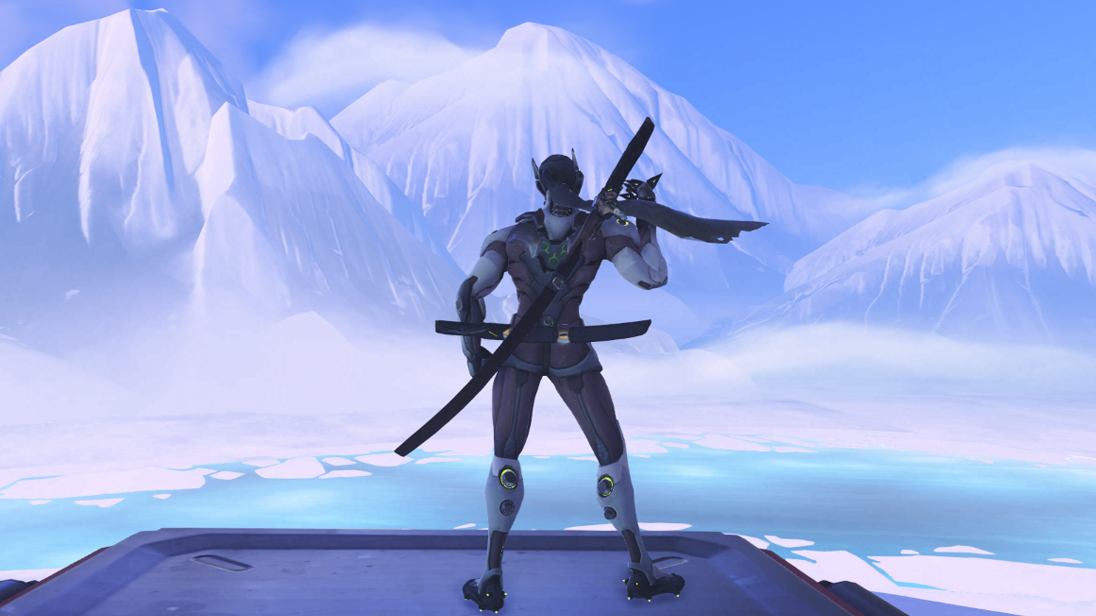 The latest critical darling from Blizzard, Overwatch, is currently blowing up the charts as well as social media, and if the game included Aerosmith's smash hit I Don't Want to Miss a Thing on its soundtrack, it too would be on the top of the charts. Not only is the song great, but it speaks for the player who surely doesn't want to miss a thing or a shot. I'm not sure I could stay lost in this moment aka Overwatch forever, but I certainly don't want to close my eyes because I don't want to miss a thing (in this case Winston.) 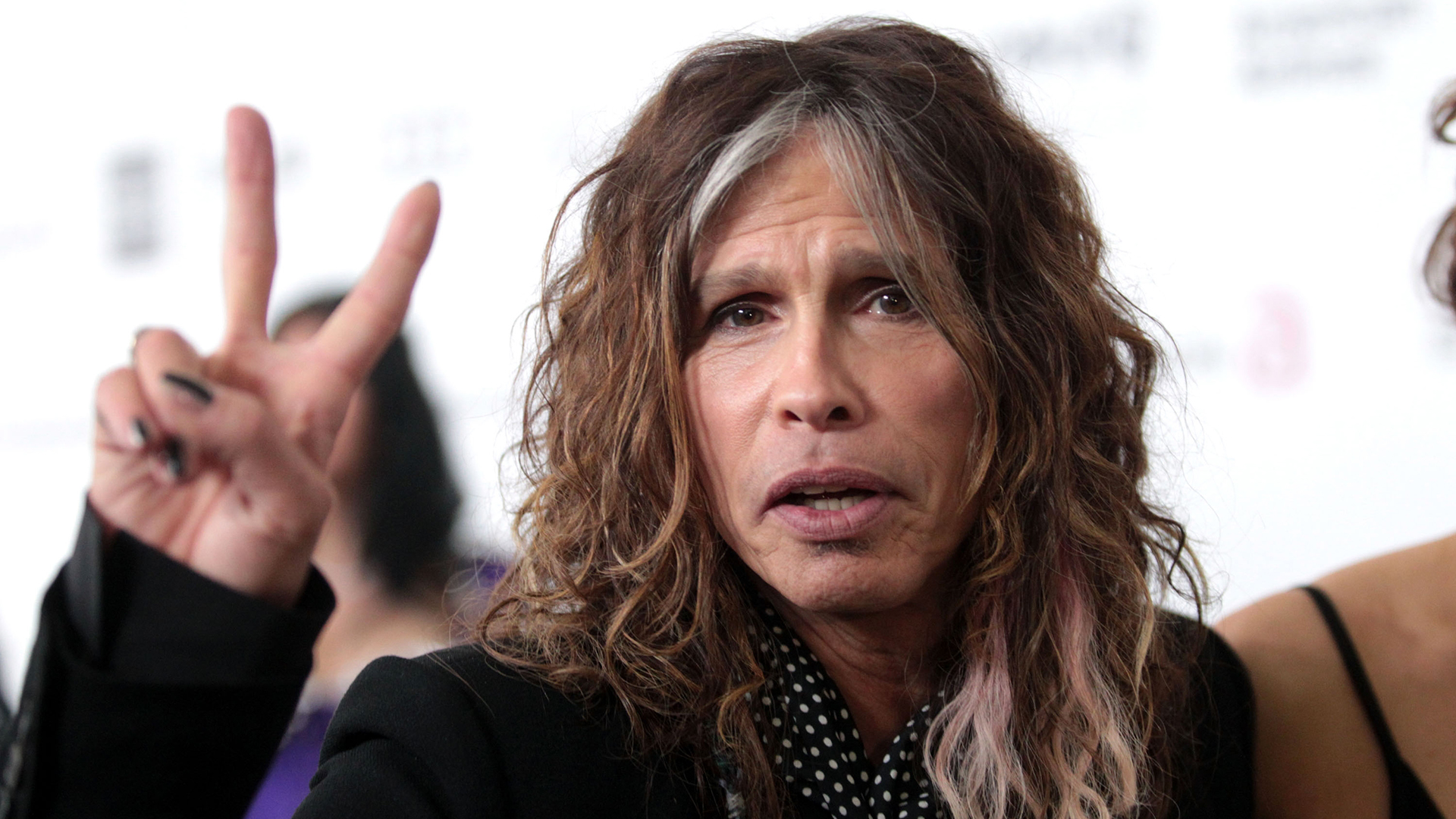 I'm sure there are plenty of other games that could be made better by Aerosmith that I've missed (read: all of them) and some songs I've purposefully skipped out on (Dude, Looks Like a Lady isn't politically correct these days) but this list is currently the definitive collection of games that desperately need 'The Smith' to be able to get closer to perfection.

#Music
Login to vote this up!