Why the PR Man Can Lie 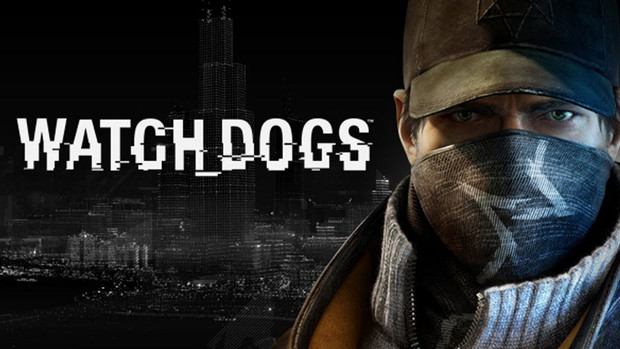 The following blog veers toward passionate personal opinion. The balanced critique I usually try to write is not to be found here. You have been warned. You should still read it though.

PR is not an enviable job. You have to stand in front of a captive audience that both wants to hear anything and is on the lookout for certain information. It would take a true professional to placate the concerns and queries of an entire audience without revealing everything. However the PR man can lie (shocker, I know) and we as consumers and critics must spot when. We saw it with Watch_Dogs, when the graphics shown to us by PR were greater than those that shipped with the game. We saw it with SimCity in 2012. We saw it with all of 21st century Peter Molyneux. It is unpleasant for all involved. The consumer is screwed over without thought for ethics or reputation. The company gets a backlash. The company loses money. With that in mind this simple rule of PR ought to be obvious: make a good game, and be honest about it.

I reckoned without EA.

When watching the recent trailer for Star Wars: Battlefront I could not help but be overwhelmed with cynicism. ‘They’ll milk it’ I thought. All current indications show I was spot on. And I was far, far from alone in that opinion. Jim Sterling did a video on why the trailer had him raising his eyebrows. Kotaku similarly explained why, even with a gameplay preview, they were unconvinced by the PR. Chatting among friends and colleagues at school the consensus among the 100 or so of us that care is that Battlefront will suck; both on our wallets and on our will to live. So let’s start at the beginning and work out how we got here, because I can no longer look at a trailer for a AAA game and get excited.

PR disasters have existed for as long as PR, but tarnished reputations stayed with a company or a developer. They never spread to an entire part of the industry. The first signs of just how much the coming days would suck showed up around the late 2000s with an explosion of ‘Online Passes’. Basically – they sold the multiplayer game separately from the singleplayer. This was perceived as anti-consumer and the invisible hand of the consumer made itself known with a very visible (and probably quite painful) backhand slap to profits. Gamers did not want multiplayer behind a paywall, so the practise fell out of favour. In short: we won. We gave them the visible backhand - and they felt it. 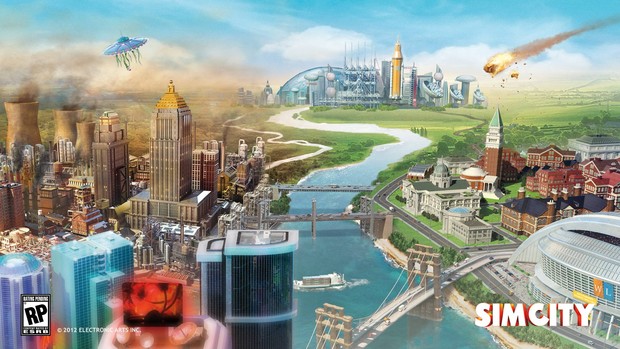 The same cannot be applied more recently. Utter debacles such as the ending of Mass Effect 3, the total bullshit that was SimCity’s launch and legally questionable PR statements on singleplayer, along with Ubisoft lying about Watch_Dog’s graphics and the functionality of AC:Unity on PC have left a sour taste in the mouth of gamers over the last few years. But I won’t go too much into this, if you want more, watch Jim Sterling’s video on it. The tl;dr is that AAA companies have made a bad habit out of deceiving the consumer and after frankly far too long, we are aware of how we are being milked.

Take a look at the outcry over Mortal Kombat X’s DLC scheme. over $150 for all of the content. The response was extremely negative and rightly so, we don’t all own Ferraris. Most of us cannot afford to drop that kind of cash for something that does not adequately justify the pricetag. With releases of this style becoming more and more common the invisible hand of the consumer is getting weaker and weaker, because for some reason we do not exercise it enough. You may think ‘but you’ve just shown that we do complain!’ and yes I have, I’m about to use that example to tell you the unwelcome truth behind the cash cow mentality with which AAA companies view their consumers.

You may have heard of it. It’s called the Friedman Doctrine and it is one of the most prolific business ethics theories out there. It surged into popularity in the early 1980s and has stuck around ever since. It simply states that a company is well within their rights both legally and ethically to pursue profits and profits alone if the stockholders of said company choose to provided they stick to the law. This and this alone is why we as consumers get treated as cash cows by AAA developers, EA and Ubisoft especially as their stockholders view the company as a business first and a publisher second.

Before the argument of ‘but we let them’ turns up, let me shift the focus of this discussion toward it.

Companies are under no obligation whatsoever to act as they do right now. They need profit, great. Colossal Order is making massive profits from Cities: Skylines, no corporate shiftiness required. Their embracing of a tired and pissed off market has paid dividends, because whilst they undoubtedly aimed to make money, they aimed to do that through selling a product on its own merits rather than locking half of it away behind a $40 season pass. EA could easily do the same. EA could turn around, bake us a big apology cake, and say ‘ok, we were wrong, we’ll be nice now’. They won’t - that would require the suits in the boardroom to understand that their circle of concern should extend beyond themselves, and they do not understand. They follow the Friedman Doctrine blindly. They will not understand for as long as they do so. 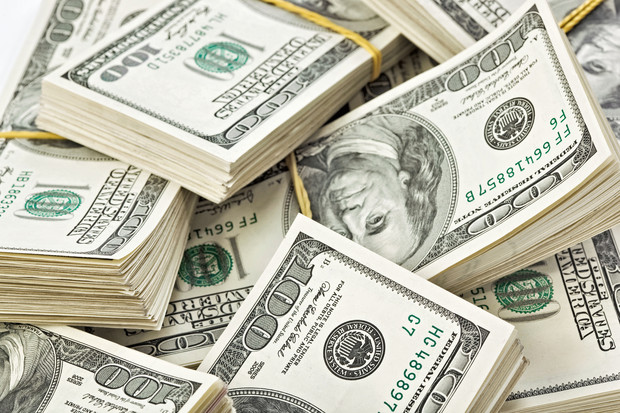 You may remember that a long time ago we heard about an executive meeting at Nintendo, where one of the stockholders expressed outrage at the content of the meeting. It discussed ‘such childish things as the future of videogames’ - and yes that is the direct quote. It doesn’t stop them rehashing Mario Kart every year though. I can say without doubt or hesitation that the overwhelming majority of stockholders at EA and Ubisoft are of that man’s mentality. They don't care about videogames. They don’t care about the gaming industry. They don’t care about the quality of their product. If it makes a fucktonne of cash - they are happy. Anything else - ditto.

The simple fact is that it’s far more profitable to milk us for all we are worth than to make a decent product. So the execs will do it every single time they can. Battlefront is going to be THE moneymaker of the year. So you can bet your left arm they’ll chop it up into $20 pieces and sell them all separately. We are already seeing that. Why no Clone Wars era? That would mean paying staff to make the character models. Why no space battles? That would mean making spaceships. Why make it a shell of the original? Because they can charge you $150 for it and get away with it. They don’t have to - they could be nice. They could make Battlefront that apology cake. But apology cakes don’t make as much money as a cash cow. And unfortunately that is all we are to them. They already have DLC being planned before the game is even in beta. They have gutted most of the desirable features of the now ten year old Battlefront. The realisation of this mentality saddens me. I will not have the Battlefront of my dreams. And I never will - unless we get a modding crew together. Unfortunatly, I do not have the time right now. 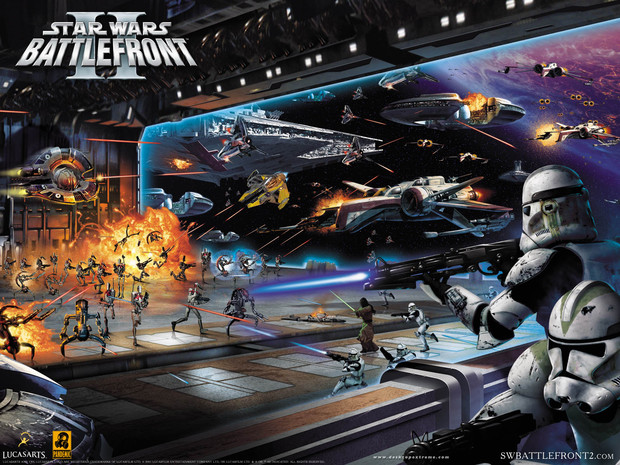 This is where I explain another concept of economics. I’ve alluded to the invisible hand on the perhaps incorrect assumption that we all know roughly what it is. It is the idea that consumers acting as they see fit will shape the market in such a way as to be desirable to the consumer. This idea was first written in the 18th century, well before global corporations. In a modern context, all the invisible hand does is take a long ass time to stop the market going to places we desperately do not want it to go. And that simply isn’t good enough anymore.

We have talked of how companies sometimes feel the visible backhand as a result of their milking. We have talked of how we have forgotten how to give the backhand. We need to make them feel it again. First off, don’t buy Battlefront. Secondly, let’s mod Battlefront II to be the best damn game it can be. Thirdly, we need to tell the executives in their offices why Friedman is wrong, and why we are worth more than our wallets. And finally, let other people know why the market is as it is, either on your own volition or by spreading this post around (or indeed anyone else who is doing this sort of thing), because most consumers do not know this stuff, and if we are to change the market into something more ethical and more tolerable, that knowledge is essential.

I know that ended up as a bit of a rant, but I think it needed to be said.

Barely Related Note: My very lengthy piece on modding and capitalism has totalled 8800 words and has been sent off to TotalBiscuit (to check I havn't taken him out of context) and to Micheal Sandel to check my logic and interpretations of philosophical theories because he is significantly more of an expert on economics and philosophy than I am. It will be published as soon as I get replies, or in 2 weeks, whatever is sooner.