Some Written Word on Game Design, Ambivalence and Not Caring

Some minor spoilers for SWTOR lie within. 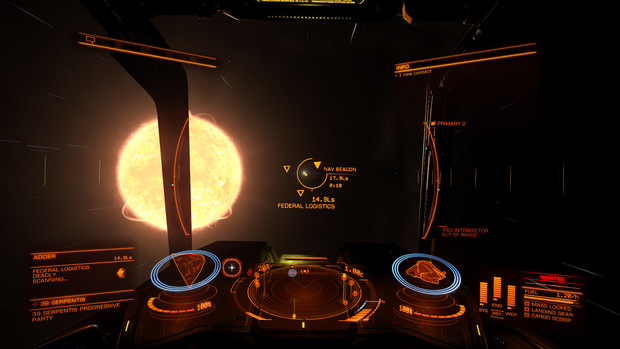 Lately, I have been playing Skyrim and Elite Dangerous. In both, I find myself confronted with a problem. There are many occasions where I wish to express ambivalence - I want to tell the pesky mission givers that I don't care about the coffee they want me to fetch and that they should do it themselves. I cannot do that. Sometimes, ambivalence and not caring are fantastic and beautiful things. They give opportunity to be sarcastic, sassy and to be one smug bastard. But to date, I have only played one game that really uses that opportunity: SWTOR. In particular, the Sith Inquisitor. The male dark side Inquisitor is like a frankenstein combination of Blackadder and Darth Sidious; evil, sadistic, powerful, sly, manipulative, sarcastic. He winds up a Dark Council member, and doesn’t give a shit about it.

There is a funny care free attitude sown throughout his story. At one point he takes over a cult on Nar Shadaar for plot reasons. A cult sounds great, right? Free gifts, whelps bringing you items of power and adorning you with praise. You could take over the cult yourself, you could annihilate it, or my preferred option – give it to someone else, a community manager if you will. It breeds ambivalence, and does so throuhg offering the care free path.

On so many occasions in SWTOR the character can just decide to ignore things. My Inquisitor never wanted that Dark Council seat; he just wanted the previous occupant off his back and six feet under. The seat was a bonus and a bonus he subsequently ignores, much to the ire of the other members. Bioware writers so often cater to ambivalence, such that the writer of the Agent, Alexander Freed, made a big point of it in a blog about writing dialogue. 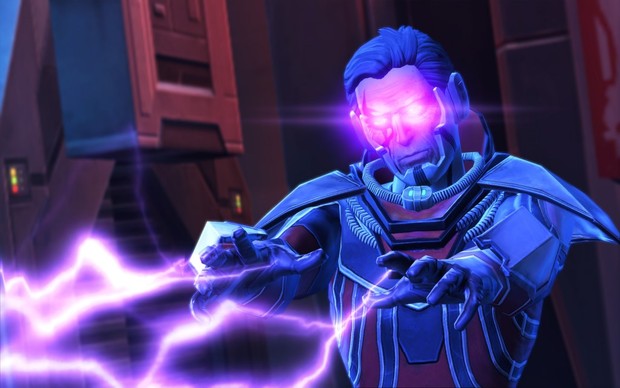 Ambivalence is something so often underappreciated from both a writing and design point of view. Take Skyrim. In the frozen wastes I don’t have to give a single bandit’s bollock about the missions, or I could be conflicted by them. I could spend my days as a blacksmith. Or I could be a mercenary, doing those ‘infinite (*ahem* identical) quests’ Todd Howard was so pleased with, until I take an arrow in the knee. Or, if I was truly dull and hated fun, I could be a cook. I will never be a cook.

But Skyrim was designed for that; for the player to have ambivalence toward the world. The world was made as a picture in which the player made their own fun, which is at odds with the story of the game – that you have a destiny as the Dragonborn. Maybe not today, maybe not tomorrow, but some day you will fus ro dah Lydia off of the Throat of The World. It is your destiny. It must happen – no sitting about pumping sweet rolls down your gullet, grab your mighty sword and impale some dragons with it. That is what the story says; the game seems to do everything to take you from it. Dragging you away with the local’s petty tidbits that dare to call themselves ‘quests’.

I’ve remedied the problem in my current playthrough with the Live Another Life Mod. I still want to throw people off of cliffs, but I want to get the distractions out of the way. My character is called Arodiil, and he was raised a bandit but wanted to turn good. With nothing but his clothes, his sword, and a fashionable beard, he sailed into Solsthiem to make his name. In retrospect, that was a bad idea. Fighting Ash Spawn at level 5 is the penchant of a Dark Souls player and there is no way in hell I’m playing Dark Souls. But it is fitting that Arodiil’s skill is forged in flames. He will be a great warrior – free Solsthiem , defeat the dragons, defeat the vampires and then settle down with Serana. A good, nice life – where I took out the ambivalence but retained a purpose. 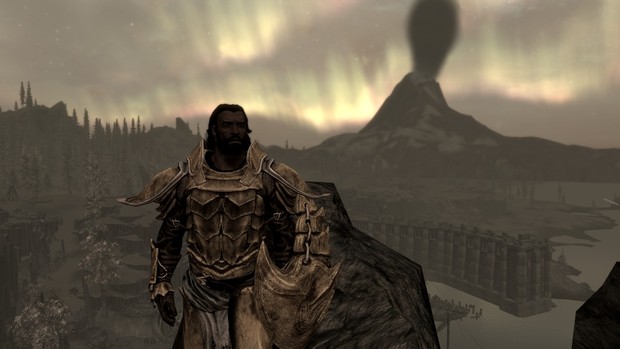 Because niether ambivalence or carelessness should never be total. That is what happens when I put the game down. My sassy Sith may not give a damn about the Council, but he cared about Thanaton – who for Sithy reasons, had to die. I could shrug off everything else and it felt right, because it focused him on what mattered: Thanaton. In Skyrim I’m about as focused as a blind man’s eyesight, without purpose. And as we have discussed, Skyrim’s world is designed to take possible purpose away from you and distract you with useless tidbits that could frankly be done by the quest givers themselves. At no point was there ever a dialogue option with ‘do it yourself you lazy git!’ written on it, in SWTOR they were almost everywhere.

Lack of giving a toss are fantastic writer’s tools. Offer the player a singular purpose and let all else be ignorable because it creates the idea of a dedicated character mercilessly moving toward their goals. If you want the player to explore your nifty little side stories then make them relevant to that main goal. Mass Effect 3, for its many faults, did this excellently. I could tear through the galaxy and fight recklessly, focused like a laser on the final goal. Or I could take my time, explore what the galaxy had to offer, and increase my chances of success. Extra bits of gameplay became relevant but still optional. I could be ambivalent and do great, or I come off of the fence and just do well, but quicker. Give players that option. Just having that option is important for character development, something Bioware understands, even if they don’t know how to do morality properly. 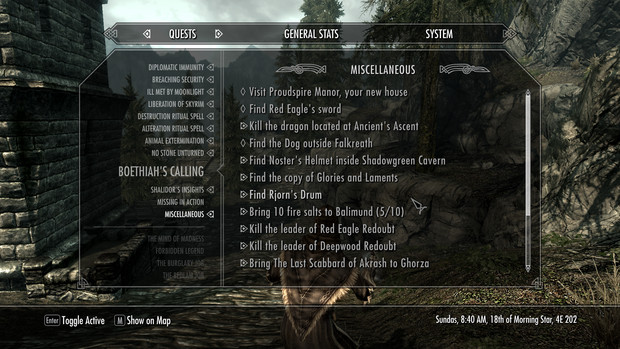 Writers and designers should never underestimate the power of not caring. Games designed with purpose should have stories with purpose. Games that act as a great painting should leave players to make their own story, though the latter is a hell of a lot harder to do right (see Elite: Dangerous’ many complaints about depth) but pays off if designed well, just look at Eve Online. The blank canvas and ideas of destiny should never conflict, or you risk the game becoming shallow. 4.3 miles wide, 3.4 miles long, but only an inch deep. Avoid that, it creates boredom. There’s a reason Skyrim is so reliant on mods.

So please, remember the power of ambivalence when you make a game. Same goes for not caring. It may seem a waste of time, but just having that option to express how little you care develops character far more than fetching some trinkets from a cave. It surprises me how often the mistake is made.