On Mods and Money - An Analysis 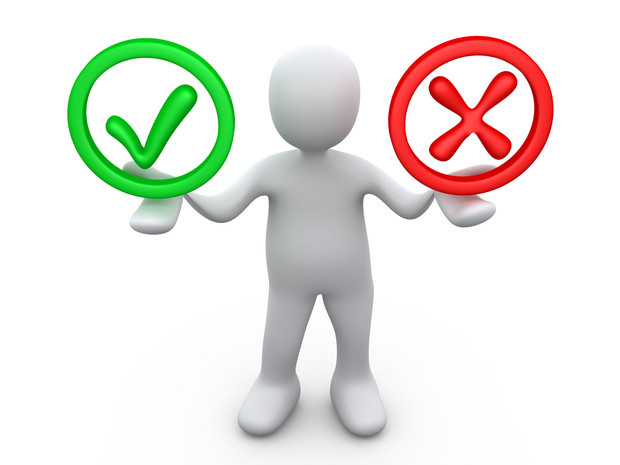 Sorry for slightly spamming the community space, but there's neurons a-firing and there's a keyboard in front of me.

So, as you will inevitably know by now, Skyrim just allowed modders to sell their mods. Some people don't see anything wrong with that, others think it’s the end of days. I just think Valve did another lousy job of a simple thing and that for complex reasons we need a new word. And we'll explore why.

First off, it is important to state that making mods for money is not new, but it was isolated. It was nothing approaching the mainstream and nothing taken overly seriously by major companies. But now Valve and Bethesda have said that mod creators for Skyrim can now set their own prices for their mods, which would lock their content behind a paywall. It also means that a major company has looked at paid mods and said 'we're down with that' - so it’s a practise that will inevitably increase in prominence.

Let's lay out in brief some of the 'in favour' arguments and criticise them when necessary.

Capitalism: This is the 'Why not?' argument. Mod makers are now (legally speaking) well within their rights to monetise their creations. They made the content, which required time and effort so it is perfectly reasonable to have the possibility of getting paid. In capitalist society, anything that required time and effort ought to be rewarded in some way, and nothing says 'thanks for your time' like a bit of cash. So where is the harm? There we have the basic ideological principle behind this. Modder makes thing, gets paid for thing. No problem, the basic idea of capitalism is fulfilled. Milton Friedman would be very, very pleased. 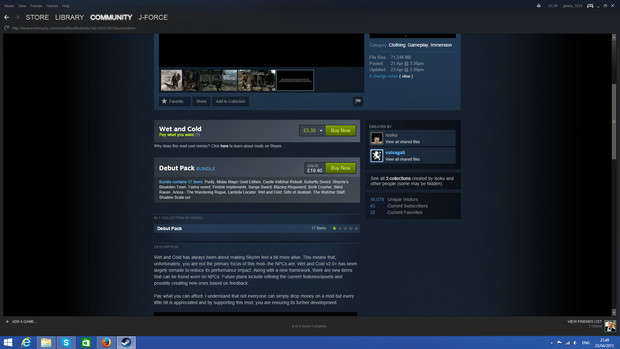 Capitalism is not necessarily a good thing in all circumstances. The premise is flawed. Not a good argument. I await justification as to why the principles of capitalism and the Friedman Doctrine are valid here, or indeed beneficial for all involved. Also, why can't we just donate? We PC folk are generous with our cash.

Viability: Who doesn't like mods, right? Well, very few people. However I can tell you from experience that modding takes a long ass time and as such it is difficult to make both a detailed mod and have a full time job if you are working on your own. I, as a student, certainly don't have enough time to make some of the stuff I've seen monetised. On the other hand, I could bang some of it out in an hour - and these days my abilities are at naught. Regardless of that, it means that people could make a living off of this and that means more and better mods for us gamers. Woo! That is fantastic. i see this as the main argument in favor of monetising mods. It has the potential to be a great thing in the long run for those who need greater financial support.

It's Not New: Modders have, for many years, had the option of getting paid for what they do. Valve especially has embraced this to churn out a limitless supply of cosmetic items for Team Fortress 2 and Counterstrike: Global Offensive. I personally don't feel the buzz of paying £1.49 for the slim chance having an orange gun, but others do. The same can be applied to mods, so where is the problem?

There isn't one, actually. At least not one I can say for certain. It is now up to the opposing side to say why the bad side outwieghs the good.

So, with that out of the way let us turn to the other side. 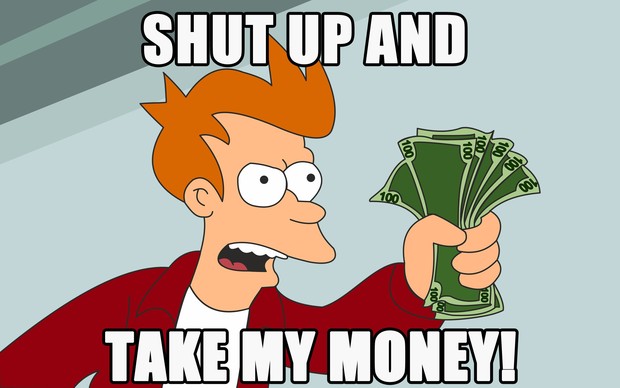 Shut Up And Take My Money: This argument holds that we as the PC community are generous enough to donate money to modders. This is a frequent occurance and something that is both pro consumer and pro modder. Modder gets money according to the milk of human kindness. Gamers get free stuff or not free stuff depending on their conscience. Everyone is happy. Placing mods behind a paywall means that the mods are no longer avaliable to all. It says that human kindness is not enough, and proponents of this argument may imply that paywalls are an insult to charitable donation. I see where they are coming from. I make my stuff free, what makes you so special? Well, a number of things. However among them may simply be greed.

For starters many mod developers (such as this guy in the Cities: Skylines community) are out of work game developers with a need to support themselves. Some turn to making small indie games. But many cannot do that owing to say, a specialty in art. However there is nothing to stop them putting up a donation pot. That being said, it may not be enough.

Mods Are Free: Many (myself included) are of the opinion that modding is primarily a community thing. Historically this has been the case for legal reasons, but as of now that legal aspect is gone. My most recent modding has involved designing a minigame for the Just Cause 2 multiplayer mod. I would feel guilty if I took money for it because many of us feel like there are two sides to modding: the paid side and the free side. The paid side is built off of those who need and/or want to make money from modding games. And that is largely fine. But the free side is the majority (this isn't opinion, this is observable fact) and the free side is risked by the potential for paid modding to really catch on. Were I to take money for my work, I'd feel like I am refusing the spirit of modding, exploiting it cynically for profit. Take a look at Cities: Skylines. Holy mother of God does that have a modding community - I suspect it is larger than Skyrim's, and all of it is free for gamers to pick and mix as they desire. That is fantastic. That is community at work. That is kindness at work. Paid mods risk injecting increased greed into the situation, which may result in a decline of good free mods. And try telling people that having this for free isn't something great. 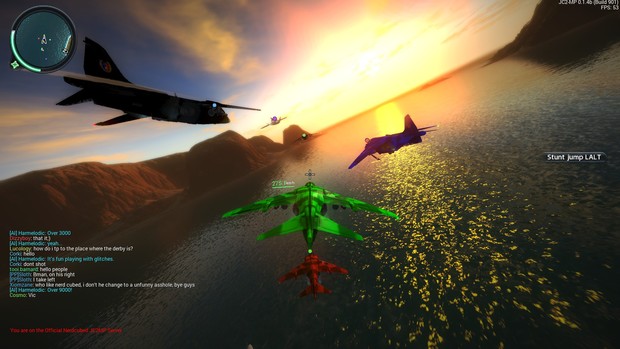 The criticism is that mods are not free. As people such as TotalBiscuit point out, they require time and everyone is well within their legal rights as of today to charge for their efforts. Fine, the argument comes crashing down. But read below for why that's not strictly true.

Mods as in 'Mods' Are Free: This is not an argument that will be advanced by large numbers of people. But I'm going into it becasue it addresses the arguments made by TB (which are liekly to catch on) and will resolve a majjor problem I expect we as modders and consumers of mods will face. Stay with me, as you can see from my bio I have studied philosophy, and I now tell you that I have studied Wittgenstein. This will get a bit complicated. So, for the most of you who have no idea what I'm on about, Wittgenstein very accurately (and I mean perfectly) described how language works. Words have meanings dependent upon a socially agreed meaning in a context. If I say 'can' I mean 'am able to', but I could similarly mean a can to drink out of or kick on a slightly rainy night. But just saying 'can' is, according to Wittgenstein, a meaningless thing to do. It means nothing unless I explain what social conventions we are following that dictate the meaning of the word. Apply this to 'modding'. In the gaming context it means a person who alters a videogame. It could be for piracy, it could be to fix a bug, it could be to add a singing crab. Social convention and context dictate what the word means. The reason I can say 'modding' without it being meaningless is because we all understand the terminology and understand what I am talking about according to context. A large part of that is because we categorise mods into function. Piracy, transferring a savegame, adding something, fixing something, a total conversion, whatever it may be. That categorisation is now flimsy, now losing its meaning. We have another distinction to make in almost every category of mod - those that are paid and those that are free. Maybe not now, but as the practise spreads to other games (something that Valve plans to promote) we will have to eventually. The simplest solution is to call paid mods something else. We already call illegal mods something else - pirating. There is no reason whatsoever to call paid mods 'mods' and it would be a hell of a lot easier for all involved if we called it something else. We may need to make the distinction with a new term to differentiate. Let us keep 'mods' to mean the free thing. Have another term to mean the paid thing. Then we have created new rules by which to discuss the topic. No confusion, no ambiguity and most importantly, 'mods' are not tarnished by the inevitable pricks that exploit the system. Mods should not be paid, because we broadly agree to define 'mods' as being free. 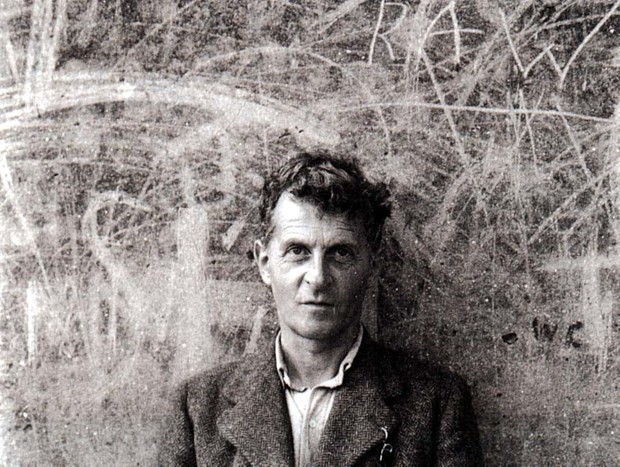 I'll leave you to criticise that argument.

That is all the arguments I have seen thrown around so far. If you see or come up with others feel free to post links to them. I'll analyse them all if they have a shred of merit.

And please for the purposes of debate share this post around. I want debate - I want people to read criticism of thier ideas. And that new word thing is going to happen if I have any say in it.