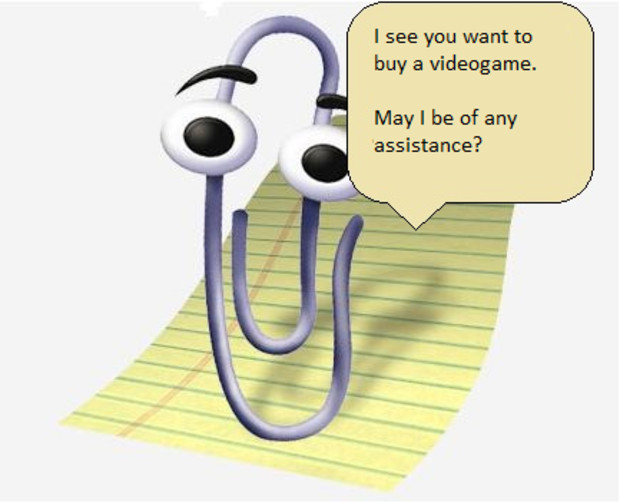 So far 2015 has been a great year for gaming; so many good games have come out. GTA V came to PC and Valve finally follows the law on digital refunds thus giving gamers a shred of power against bad developers. A lot of great early access games have come to release: Kerbal Space Program, Infinifactory. and many more are coming including Darkest Dungeon and Prison Architect. It’s a good year to be a gamer, but there is still a need to be cautious.

So welcome to a comprehensive Q&A guide to buying videogames in the year 2015.

As a general rule; do not pre-order. If you do, you’ll end up like one of the many suckers who pre-ordered Arkham Knight for PC and got screwed over by naivety. Well, maybe not naivety but at least a lack of scathing cynicism necessary to buy a AAA game without getting burned. That said however, there are exceptions to the rule.

If a company has either a reputation to save or both a reputation to save and a lot of hype, pre-ordering can be beneficial. GTA V is a good example of this. R* had a bad reputation with PC ports form GTA IV, something that gamers were more than happy to remind R* of. They also delayed the game twice supposedly to make it more awesome. Had they not delivered something great and say, delivered something of Aliens: Colonial Marines quality, their reputation would be screwed and may not have been able to recover credibility to make money on massive budget games in the future. They had too much to lose, so they probably would not mess up. If they have too much to lose in failing, they shouldn’t fail and pre-ordering should be fine. Avoid companies with no sense, however. Konami, Randy Pitchford and Peter Molyneux led projects should never be pre-ordered – they don’t understand reputation.

If reviews of the game or even better, livestream and actual gameplay footage, are out before release and you decide you want it then you have little reason not to buy the game when you have the cash. Elite: Dangerous did this, Cities: Skylines did this and if you pre-ordered either based on what was available then you would not have been disappointed. Provided you did your research, of course. If you don’t know enough about the game then just don’t pre-order, ever.

If a game yet to be released meets one or preferably both of those criteria then it’s probably fine to pre-order. Either you know it’s good, or it only makes business sense for it to be good. Just make sure in the case of reputation that the developers actually have a grasp of reputation. As I said, Konami, Peter Molyneux and Randy Pitchford are not applicable to that point. 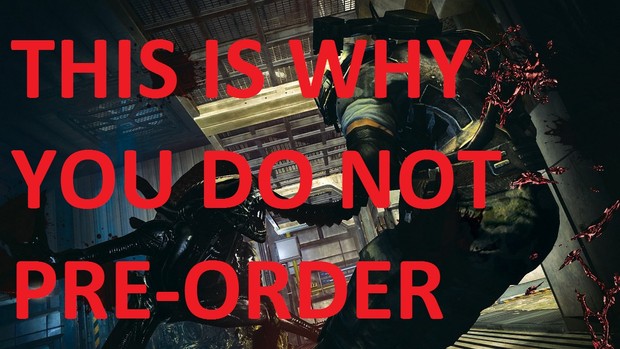 What About The Free Goodies?

But There’s a Review Embargo That Runs Until After Release!

Avoid. Like. The. Plague. No game with a review embargo running to after launch should EVER be pre-ordered. Ever. Same goes for games that don’t hand out review codes for certain platforms; Arkham Knight being the most recent example. It didn’t give PC review codes – so nobody should have pre-ordered on PC.

Probably not. Wait until it is finished, with one exception.

If you consider the game to be worth your money now, then early access should be fine. Similar rules to pre-orders apply: make sure that the developer needs to complete their game for either PR or financial reasons and see what footage is kicking around. If they check out, purchase away! If gameplay footage is lacking, then people aren’t considering it worth putting out there, and it probably isn’t worth your time, and certainly not worth your money. If they need to finish the game for business reasons (KSP, for instance, to prove itself a competent game developer) then it’s a safe bet that they will. Again, those that don’t understand reputation are not applicable – and you should never buy early access from a developer with a bad history. Basically, avoid Peter Molyneux games until they are released in full.

Remember, there is no guarantee that a developer won’t parcel version 0.1 into 1.0 and call it a day. It is therefore not advised to buy early access on the basis of what could be because, let’s face it; it won’t live up to that alleged final build. SpaceBase DF-9 is a case in point. 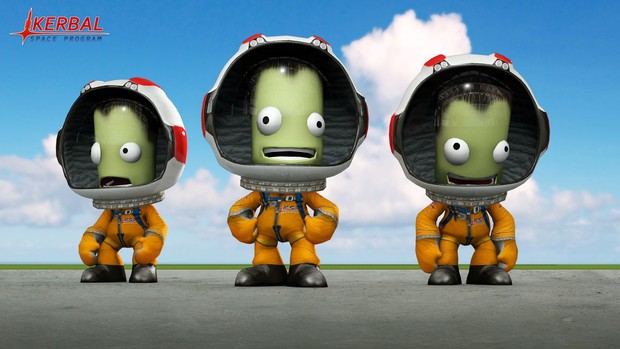 This Game Looks Alright, But a Bit Bland. Whatever Shall I Do?

Relax, and see if it has a modding scene. If it does have a modding scene, then go for it. Great examples here are Star Wars: Empire at War: Forces of Corruption and Skyrim.

The former is a decent game beset by problems with ground combat and having too many colons in its title, but its modding scene is among the highest quality there is with many EAW:FOC mods featuring in ModDB’s top 100 list. There are mods for the Clone Wars era, a promising mod in development for the Old Republic era, and the Thrawn’s Revenge mod – a titanic mod of the highest quality for the now defunct New Republic era. Effectively, you get one decent game and several great games in the form of good mods. 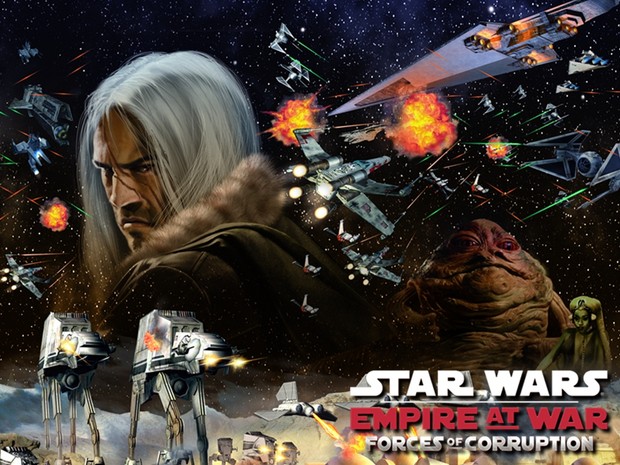 In the case of Skyrim, the base game is 14.3 miles square and an inch deep. Vanilla Skyrim is good but boring, now pretty ugly, and glitchier than a lot of early access games. Fortunately its modding scene is truly gargantuan. There is not a problem with Skyrim that a mod cannot fix. Buy away.

A note of caution though, modding scenes could become less of a positive and maybe even a negative if the paid mods system is revived and botched as modders succumb to greed and place profit above quality. It will make modding less of a positive, and this section may become obsolete. If a game is toying with paid modding and looks bland – don’t buy it, it could eventually cost you an arm and a leg to get it to perform as desired.

Can I Trust The Reviews?

Well isn’t this a touchy topic. Basically, yes you can. But on the condition that you find sources of similar mind to yourself. FoV sliders aren’t all that important to me, so I don’t generally watch TotalBiscuit. I’m a slightly cynical guy from the UK, Rock Paper Shotgun is right up my alley. If something bothers Alec Meer for example, it’s probably going to bother me too. I can trust them. However I would not trust Polygon because they care about very different things in a game. But if their gripes are the sort of thing to bother you too, then they are a perfectly valid source of information.

However, as a general note it is far better to look up gameplay footage and make your own judgment. Bad reviews can happen, and looking at masses of gameplay is a good way to mitigate the potential problems of relying only on reviews and press releases.

Also, you may be able to trust most reviews, but you can almost never trust a press release. Only if the author is not in PR and willing to admit prior mistakes can a press release be even slightly trusted. And those are rarer than a Konami executive that likes videogames. 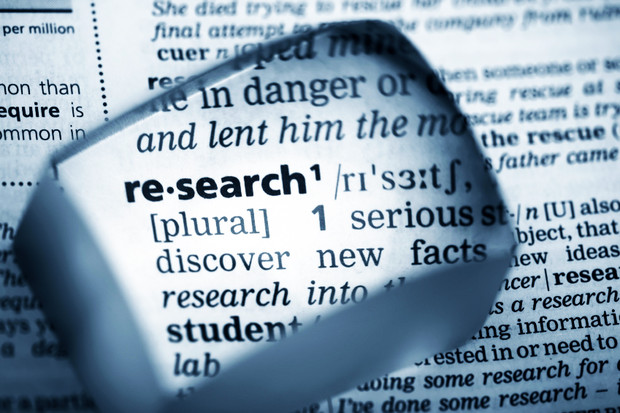 Will This Game Run on My Rig?

If your rig is bog standard PS4, games can still run at a meager 25fps rather than the marginally better 30fps you could have hoped for. Wait until after launch to buy (which you probably have done anyway) and see what the internet is saying. But let’s be honest, if you give a toss about performance then you game on a PC – if TotalBiscuit and/or PC Gamer have done a port report, then watch/read before buying. There may be frame stutter, screen tearing, or other little nasties that tend not to get mentioned in reviews but that their port reports will usually pick up on. I suspect I’m preaching to the choir here, but it needs saying: if the specs change shortly before release (Arkham Knight, again showing its rear here) then avoid like the M25 at rush hour. It won’t run well.

If you are unsure, PCGamingWiki is a good source of fixes for any problems you may encounter.

Should I wait Until a Sale?

To which I ask you a question: do you care about money? If yes, then wait. If no, do what you want. If you want the game for its multiplayer component, however, it may be best to buy shortly after release before it does a Titanfall and becomes a ghost town. 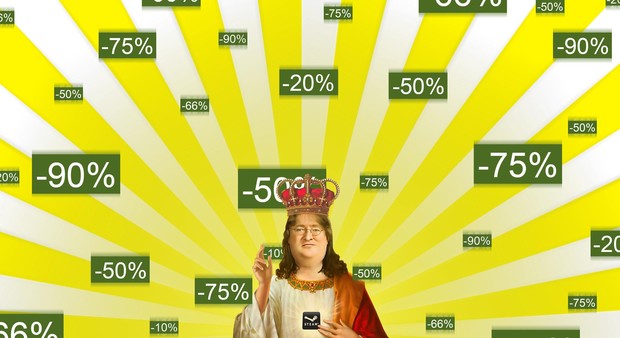 Boy aren’t you excitable. DLC should be treated as a separate game in terms of purchasing and should be subject to the same scrutiny. If you decide from trusted sources and gameplay footage that it will be worth your time then buy to your heart’s content. If not – don’t buy. If you are being asked to get DLC as part of a pre-order, then I refer you to the ‘What About The Free Goodies?’ section.

Any Final Words of Wisdom?

Yes: be negative when buying. It will stop you being suckered in by pre-order incentives and sexy trailers. You’ll spend less and be happy with your purchases. You will buy far fewer games though. 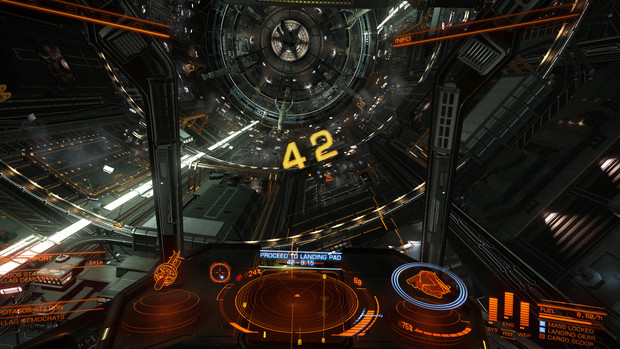 I think that covers everything. Happy gaming!