How Cities: Skylines Screwed With My Exam 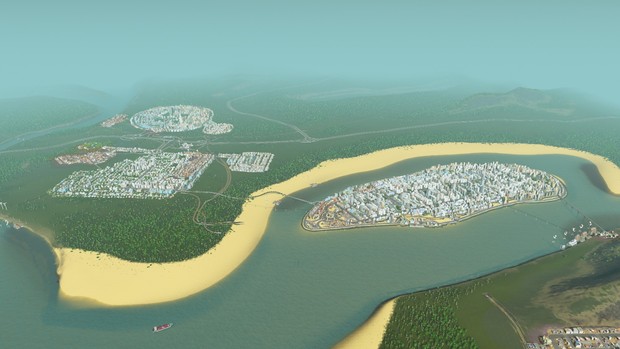 Damnit Cities: Skylines! You almost cost me a mark.

Today I sat a Statistics exam, Statistics 1 for the exam board Edexcel in the UK. I knocked it out of the park, but there was this one little question that bugged me for the time I had left; and it went like this:

There are two houses, J and H. House J has a value of 1820£/m2. House H has a value of 1840£/m2 (I can’t remember if these were the actual values but near enough to make the point) and you are told that these houses are near a train station. You work out in a previous part to the question that there is a negative correlation between distance from the train station and the value of the house. For those of you who haven’t touched a maths paper in 20 years, that means that as the distance from the train station increases, the land value goes down.

The question asked which house was most likely to be nearer the train station. The answer is, obviously, house H. It is has a higher land value. The closer to the train station a house is, the higher the land value, according to the question (though some maths questions have a premise based in total shite so I don’t know if that is how it actually works).

However the previous evening after smugly getting 74/75 in a past paper, I sat down for a couple of hours of Cities: Skylines. I booted up my map and promptly set about making some adjustments to my island city. I had the stroke of genius to make this island city isolated from the assorted towns on the map and make the only route in a train. That required a train station, that I neatly tucked into one of the city blocks, with a tunnel leading to a train station in the main town. A bit of a dick move, but it really brought in the money as about 1400 people a week used the shuttle service from the city to the town: 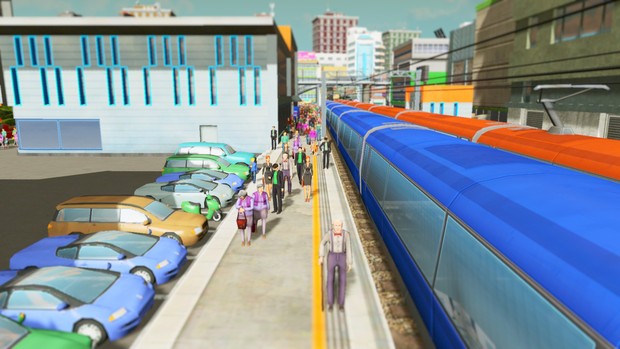 However after suppressing the urge to shout 'GET BEHIND THE YELLOW LINE NOW!', I noticed that the land value around the train station had decreased. Trains are noisy, and in spite of the tracks going into a tunnel as soon as possible, there was still a lot of noise from people, cars and trains. This drove the land value down. Because there were very few schools on this island, building upgrades were limited and land value was not recovered by building upgrades. So I had it in my head that proximity to a train station lowered land value. I worked with that fact for about 2 hours.

So then we come to this morning. Maths students gathered outside the exam hall, eagerly recounting formula whilst trying to disguise the fact they were crapping themselves on the inside. There is the basically pointless gloating contest of who is best equipped, in spite of the fact that everyone brought what they need. We go in, start the paper, and all is well.

I finished the paper with 20 minutes to spare, but I went back to the question on house prices 7 times to change my answer. The maths says it is H, but Skylines says it is J. The city of New Lakewood knows that the train station decreases land value. That must be the case. I’ve planned a district around the train station – I know my train stations. They suck, why on earth would someone want to live near one? The maths, James, the maths is why. Write H you moron.

So the examiner will think I’m some sort of madman, having scribbled out H, then J, then H again, then J again, then H for the third time, only to recorrect my correction and finally write H and leave it. Damn you Cities: Skylines. Why must you not model land value properly? 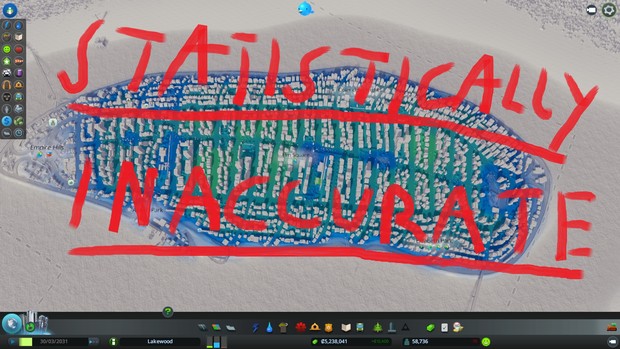