An Afternoon with the Star Wars Galaxies Emulator 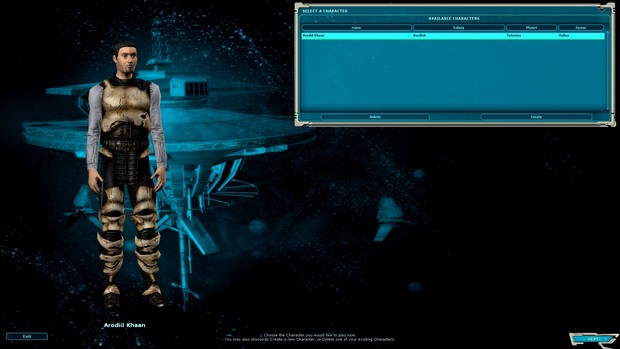 The other day I wrote this blog about crafting, and used SWG as an example. When writing that I realised that SWG, that old Star Wars MMO that splits opinion like a knife-edge, had an emulator. As a massive fan of Star Wars, I couldn’t leave the chance for nostalgia alone.

Back in the good old days before microtransactions were a thing, there existed pre-NGE Star Wars Galaxies, where players filled roles as denizens of the galaxy – as smugglers, gunslingers and bounty hunters. As craftsmen, dancers and musicians. Then Sony bought the game, and introduced Jedi with the ‘New Game “Enhancements”’, along with the annihilation of SWG’s truly excellent progression system in favour of a generic WoW based system. The update stank like bantha breath, and the community did not like the changes. Years of gradual decline later SWG shut down, but the emulators rose to the occasion. Since the NGE dropped the SWGemu project grew, aiming to recreate perfectly SWG before the disastrous overhaul. It succeeded, and after trawling through an old PC to get a SWG game client to work – I’ve been playing it. 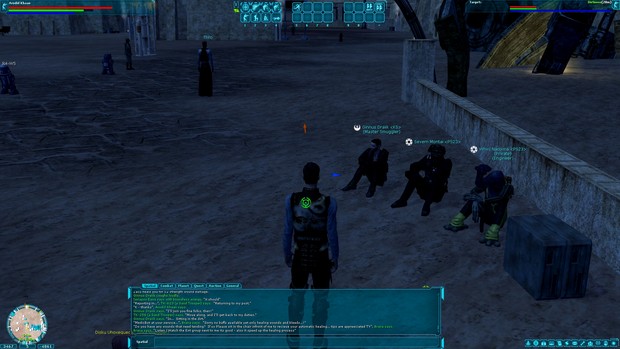 It is exactly as I remember it: an enthralling, deeply flawed, archaic feeling MMO.

Let’s talk about what was so captivating – and it’s something for all MMO developers to take note of. Every NPC that wonders Mos Eisley has a routine – like a player. The NPC’s act like players, and so the players act like NPCs. Players wear stormtrooper armour and walk in patrol alongside NPCs, shooting womp rats as they stray too close to the city. Two mercenaries, a gunslinger and a smuggler, relax over drinks at a table outside the starport. Not players, but NPCs. As I wondered into the cantina I saw the same, but this time there were players sitting with them, enjoying the atmosphere as NPCs and players alike played music and danced for our entertainment. I felt genuinely guilty as I broke the scene to ask how to activate the antialiasing. Hint: Nvidia Control Panel. 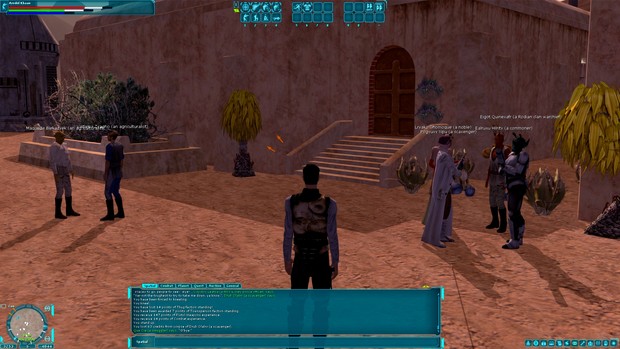 But however brilliant those scenes (and the assorted memories they triggered) were, there were immediate problems. SWG is from 2003, so WSAD wasn’t how the character moved – good old arrow keys had to do until I could work out how to restore WSAD to its rightful role. Then I trundled out of the city to bullseye some womp rats, and got killed as 5 rock beetles turned me to dinner in a very buggy, broken kind of way. They just ran at me and killed me before pinging back to their original position, and their attack animations never triggered.

The wonderful nostalgia began to develop other cracks in its façade. The missions were many and varied. But for the most part, the newer combat oriented characters have to put up with Kill X of Y quests until they get the skills to start shifting spice for Jabba or take up a career in one of the many paths available to us before NGE ruined them. Before I could relive my saga I had to work my way up from the bottom. And to get to the bottom, I had to work my way up from those mission terminals. We criticise MMOs for being grindy these days, but that forgets the enormous progress that has been made since SWG released. The grind is dull and tedious to no end. It’s also so blatant, so obvious in how repetitive it is. There’s not even an attempt to hide the fact that these are about as varied as Skyrim’s dismal ‘Kill bandits at X’ quests. A shame, as I was rather revelling in the nostalgia before then. 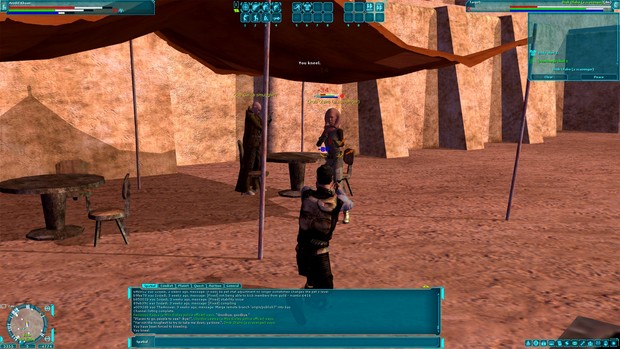 The mission I’d selected also highlighted the truly woeful combat. It shouldn’t be woeful; on paper it’s actually rather good. You have 3 health bars: standard HP, stamina, and willpower. If any of them falls to 0 you become unconscious and if HP reaches 0 – you die. That sounds alright, but it’s pure luck which health bar you do damage to, so there is no way to accurately predict the outcome of fights. There is also the problem of animations. Those rock beetles were the tip of the sand dune for just how badly animations line up with the thing they’re meant to animate. Sometimes I fire at an enemy and the blaster bolt will leave my gun to hit them perfectly on time, the little number popping up on cue telling me how much damage I’ve done. Other times I’ll fire 3 shots and see no animations, just the floating numbers. It’s even worse for the enemies, many of whom don’t actually have melee animations – which really shows when fighting animals that just stand there like lemons casually doing damage to you.

And as I was returning from that cringeworthy adventure (all I had to do was kill some womp rats) the rose tinted glasses cracked once more. Pop-in from 2003 is actually rather shocking to witness these days. The terrain twists and warps as the distant heightmap and fully rendered heightmap don’t quite match up, leading to the landscape remoulding itself as I pass over it. The randomly generated rocks and grass emerge from the ether just as my speeder passes through them. In one instance, the hitbox did not activate until I was inside the rock. The rose tinted glasses were, rather like my speederbike, scattered in pieces on the floor. 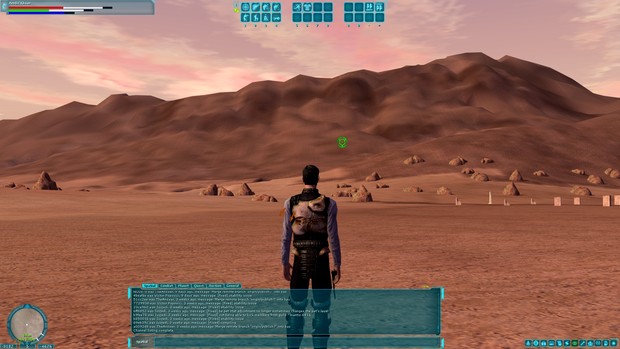 It is strange, standing up a hill - my bike a flaming wreck behind me - looking upon the near perfection of Mos Eisley. Within its crumbling walls sits the burning passion of collective nostalgia. Those smugglers. Those dancers. The nice healer that’s giving out free buffs in the cantina. The orderly queue forming in front of them. It is everything that I remember and loved about SWG – it was immersive to no end, as long as you stayed within those tattered streets.

Beyond the walls lay disappointment. The player generated cities stood proud but abandoned like their genuine SWG counterparts, relics of a bygone glory. SWGemu also lacks most of the expansions, notably Jump To Lightspeed, the absolutely wonderful space expansion that did Star Wars in space in a way unmatched before or since. But as long as I stay within the walls of the galaxy’s many cities, the nostalgia stays strong because of the wonderful, friendly players that populate their streets. NPCs and players alike ask me to stop my speeder, only to tell me to move along. I stumbled on three players planning an attack of some kind. They all stopped and told me to forget what I saw. It was only later that I realised one of them wasn’t a player at all, but an NPC giving out quest information. The fact that I couldn’t tell is testament to how brilliantly SWG guides its players to be part of the theatrics of its NPCs.

As long as I stay within those walls, the nostalgia is validated. Step outside those walls, however, and I cannot help but see SWG for what it was. Brilliant, amazing, gorgeous, but most of all – deeply flawed. I’ll be in the cantina if you need me. 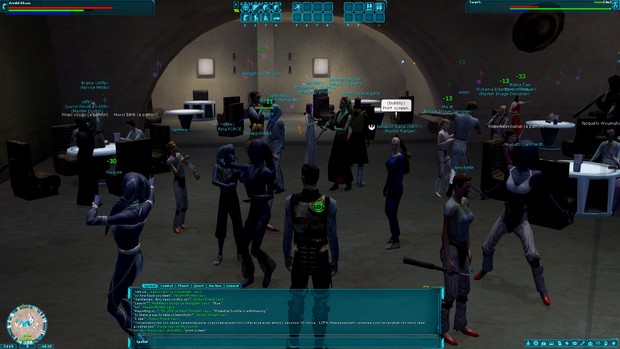