A Fallen Empire: How Bioware Is (maybe) Returning to Former Glory 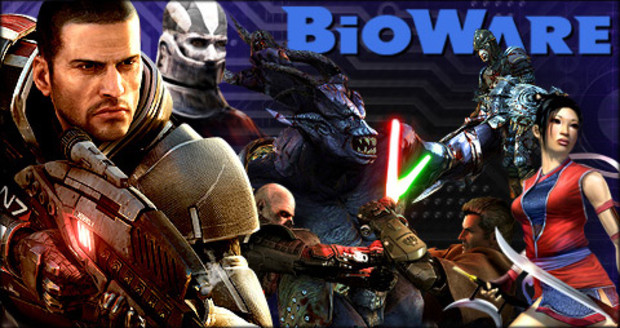 Bioware is certainly one of gaming's heavyweights. Knights of the Old Republic, Mass Effect, Baulder's Gate, Dragon Age. These are things that define Bioware, but arguably it is equally defined by DLC, greed, and most of all - losing its storytelling charm.

After Maxis got crushed at the foot of corporate cost/benefit analysis there were many people wondering if Bioware would be next. No, no they won’t. That would be stupidity beyond the realm of EA and entering Konami territory. They make lots of money for EA, and EA have stated that they intend to keep Bioware around for many years to come.

But of course it wasn’t always that way. Cast your minds back to 2012 (yes that year when EA literally became Satan) and Bioware was in a bad way. Shiny new MMO SWTOR was hugely successful on launch in 2011, with 1.8 million players on Christmas Day (way more than expected, which led to technical problems) but that success presented a problem: people played it far more than expected, so much in fact that Bioware Austin (the subdivision responsible for SWTOR) could not finish the next update before most people had finished their storylines. Without more content people left in droves, an event referred to in the community as ‘TORtanic’ because if there’s one thing MMO forum posters love, its being melodramatic. Add to that the ending of Mass Effect 3, which was so bad that Bioware had to sit EA down and say ‘look, we want to do this properly’, and release the Extended Cut. DLC was also a big issue, with EA doing the talking and big Bioware names staying quiet. They didn’t like what was happening, many left on a note of warning – and it seems that the lesson was taken to heart. 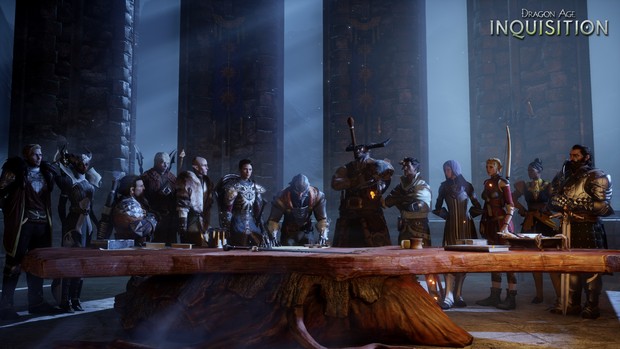 Bioware now seems to enjoy a large degree of autonomy, and enjoys the rare position of being able to slag itself off whilst maintaining credibility.

You need to understand what SWTOR was when it launched in late 2011. It was supposed to be revolutionary, a fusion of Bioware storytelling and MMO-ness that made the executives all gooey in their wallets. It was a massive $300m risk. It sort of paid off; the game was a hit on launch but people loved it so much that they rushed through it, said ‘bravo Bioware’ and left. The problem was very simple: the MMO bit of SWTOR was basically ripped pixel for pixel from World of Warcraft, and working off of the average playtime of a WoW player (which they thought was about 5 hours a week) they planned future content. They found that their storylines were more compelling than they thought as the average player spent between 10-15 hours a week on SWTOR - and played 4-6 hours per session – ridiculous for an average MMO player. They didn’t stand a chance at keeping up. They needed resources; particularly staff and money. What did EA do? Layoffs. They basically thought the risk had failed. There were a lot of unhappy people.

Then SWTOR switched to a Free-to-Play model and bounced back financially to the point where SWTOR is now guaranteed profit. For all the forum melodrama, SWTOR is indisputably a success and the risk has paid off substantially. But the problem remained; people went through content far faster than they could produce it. The Makeb and Revan expansions last about 30-40 hours (with leveling) and I clocked about 6 hours without it. That’s not many play sessions. Not many at all. So to remedy the problem Bioware slipped in events, PVP league tables and scaling raid difficulties to keep people busy, to create the grind necessary to slow players down. It mostly worked, but it clearly didn’t feel right to Bioware. In walks new SWTOR expansion/reboot Knights of the Fallen Empire. 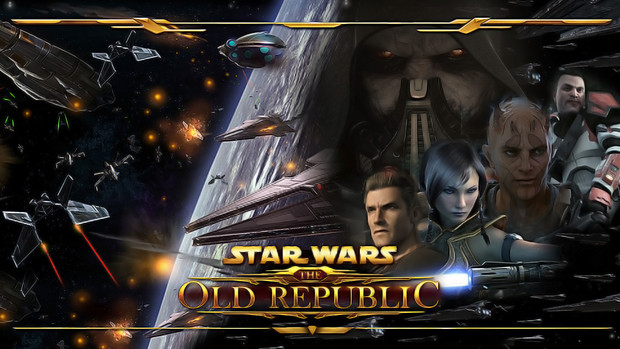 In a post about the new expansion, creative director Jesse Sky (who has been with SWTOR from launch) referred to such MMO elements as a pollutant, tarnishing the story they wanted to tell. ‘We aren’t going to pollute your story with needless grinding or travel. You can just focus on the parts of the game you like.’ – that’s pretty bold considering he worked on some of that grind, obviously having private thoughts of disliking what he had to produce. But now he gets to subtly slap EA and Bioware of old in a SWTOR blog post? I like this new arrangement.

In 2012 it was hard to tell what was Bioware and what was EA. To many, Bioware ceased to be – replaced by the great corporate overlord that gamers funnelled their hate toward. Fair enough all things considered, but the victim of that was Bioware. In our anger, we cast down what we sought to protect. But Bioware lived on, it endured in spite of the goings on at EA and in the minds of angry gamers everywhere.

And I get the sense, especially from Bioware Austin, that they felt this and wanted to regain the trust of their fans so angered by Mass Effect 3’s aggressive DLC and Pay-to-Win bullshit and the general disappointment of Dragon Age 2. To that end, BioAustin’s PR wizard Eric Musco engaged with the communities of both SWTOR and Dragon Age: Inquisition, reassuring fans that Bioware was on form and had done away with the greed. The free DLC and updates do rather lend credence to his words. Last year he even went so far as to do a livestream about PVP in SWTOR - an interview with one of the community's heavyweights. 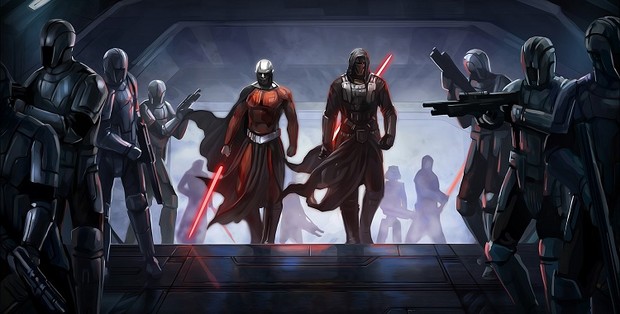 Let’s emphasise what a big deal that is. Bioware’s (a company people love to hate) PR man ventured onto the PVP community (which generally are pretty nasty in my experience) of an MMO (whose players are generally among the most vocally critical) and of an MMO that people love to hate on (the End of Days posts are still abound in spite of financial success) and did so live, in front of a Twitch audience. He wondered into the starving rancor’s lair in a suit made of meat. At the end of it he may not have had the PVP community on his side – though that frankly was an exercise in futility – but he definitely had their respect. He fought the rancor and lived.

When I watched that livestream I got the sense that Musco knew that MMO wasn’t Bioware’s thing, they are competent but not great – a fact that they seem perfectly willing to admit. But I got the sense that in spite of that he genuinely believed in Bioware; in the capabilities of the studio. That is a far cry from 2012 when writers left with little but pessimism and a redundancy package. The Bioware of 2015 believes in itself very strongly, strong enough to saunter onto the E3 stage and go ‘yeah, you know that MMO we have? It’s getting a massive expansion, and we are working mainly with Disney to create Bioware stuff, and we can offer some of that for free – oh and here’s an animated trailer.’ In essence, a big middle finger to SWTOR’s detractors – I like this Bioware. And regardless of what you may make of SWTOR and Bioware, Disney appear to have the confidence to give Bioware access to its money and its writers - a substantial expression of confidence. This at the same time they dish out free DLC for Inquisition, I wonder what the wounded Bioware of three years ago would have made of that.

Like it or not (and I know there are plenty who do not) Bioware is coming back. It plans to release episodic Bioware story in Knights of The Fallen Empire and clearly has plans to pump out the writing that players so craved in the early days. It now appears to have the resources to focus just on story and still meet player demand. It thinks it can ditch the MMO to do what Bioware does best, writing stories that made me learn to love its worlds and telling tales that taught me to love music. If they can pull that off (and with the resources of both EA and Disney there's no reason why they shouldn't) then I will be able to say that Bioware is back on form, properly - and back to its former glory. That Bioware is hopefully returning with a vengeance. A hard lesson forged in the fires of internet forums. But they think they can live up to fans’ expectations, I have one tip for Bioware in that regard: fewer cutscenes please. To win back those who left SWTOR and railed agaisnt ME 3 is one hell of a task, one they may not achieve, but I like their confidence. It gives me confidence that they may win back those bitter people. Long live Bioware.

And please, don’t mess this up.