'The Point of A Citybuilder is Not to Build A City' 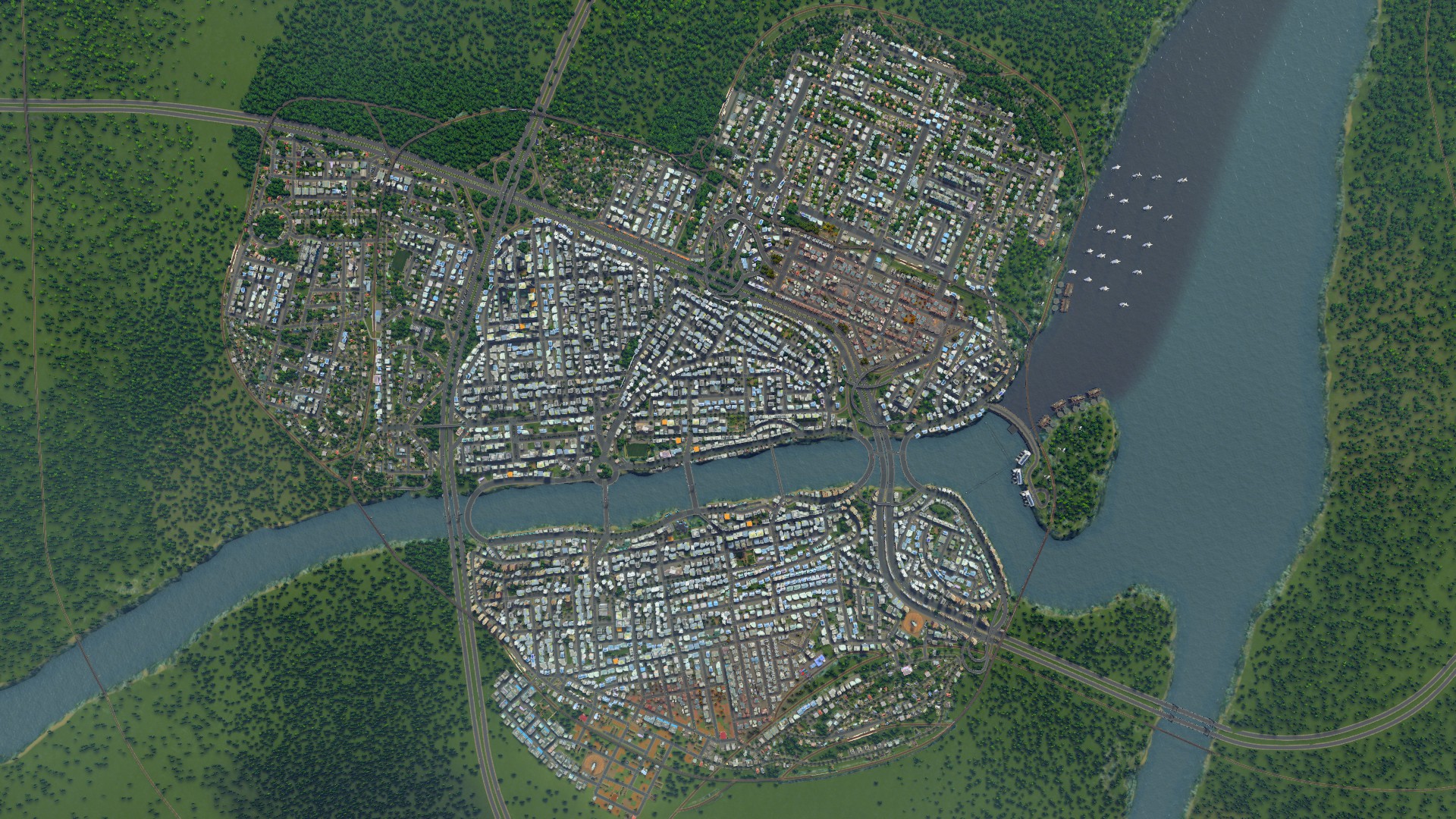 This may seem confusing. For many, citybuilding games are primarily about aesthetics – taking the time to meticulously lay out their settlement with parks, paths and pretty buildings. On the other hand, metrics tend to be the benchmark by which actual cities are judged, and so too with many citybuilders. It’s an important question that I cannot currently answer, yet there is an entire genre dedicated to it, so just what is the point of a citybuilder? I can tell you one thing: it is not to build a city.

Take what is now the most popular citybuilder (by far) in existence, Cities: Skylines. It is wonderful in its aesthetics, in its metrics tracking and so forth but I don’t find myself caring that much. In Cities it is all about that traffic. Take a look at the city in the screenshot above, that is my city of Westdale. I was going for the ‘urban sprawl’ look, just one lump of city and nothing else in the surrounding area. It looks quite nice, but I could no longer give a single toss about that; there is a traffic problem, specifically at the roundabout that partially goes over the river. 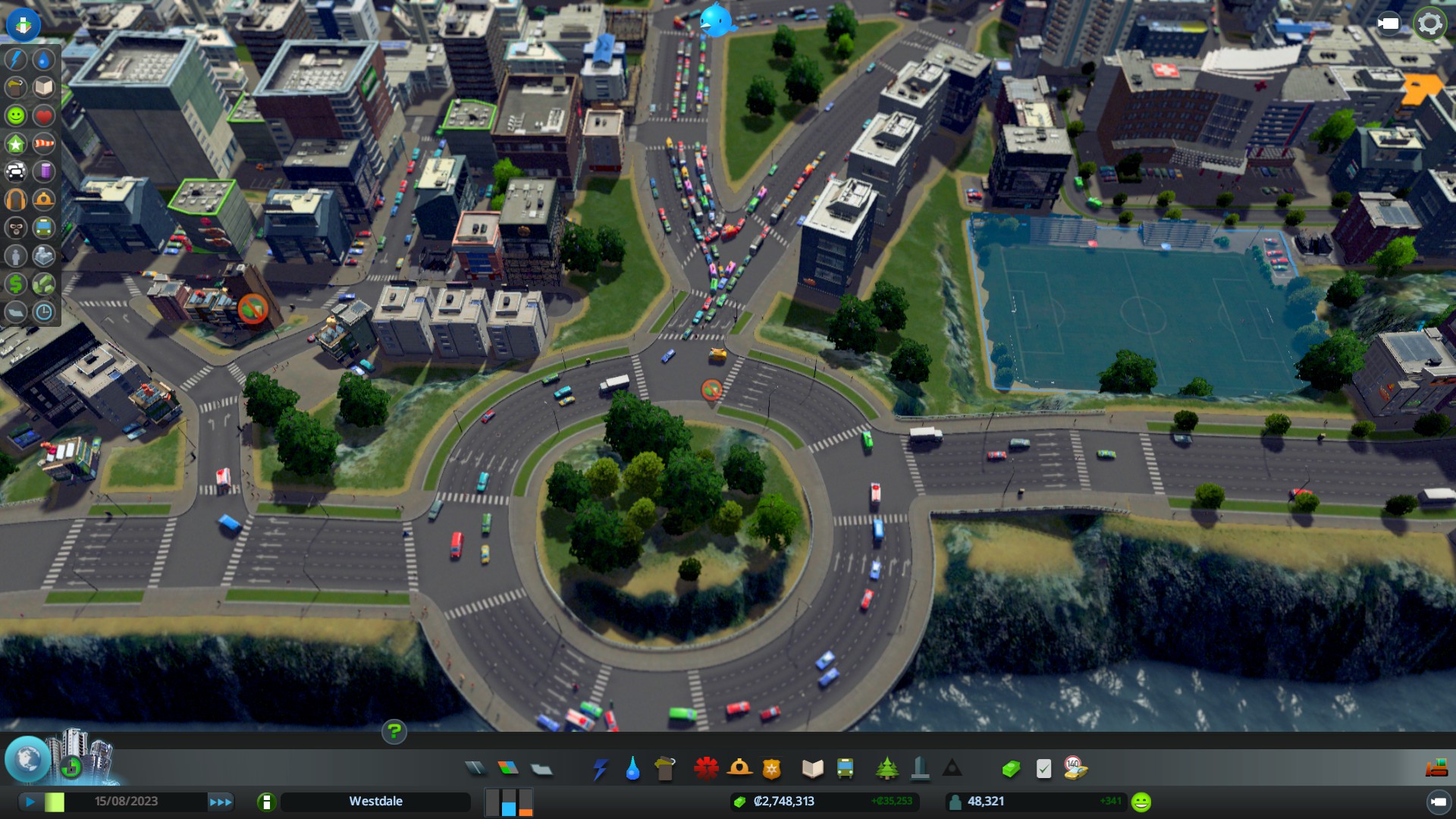 In Cities, traffic is death. Congestion means people cannot go to work which means that said work does not get done which means less income for the city. Too much traffic means the books cannot be balanced, and your city has thus failed. It is fair to say that the benchmark of a good town in Skylines is the traffic flow, and what the books look like. It’s hard to say the place sucks if it’s drowning in the Benjamins.

There are metrics in Skylines, I can get all sorts of fancy graphs to tell me how screwed I am at any given moment. Very, is usually the answer whether it is an unemployment surge, worker shortage or that most heinous of woes: the death wave. However I don’t really need to look at these pretty graphics, problems pop up in the far more accessible icon form, making those graphs basically redundant most of the time.

However what of citybuilders that do not have traffic or income? Banished is the best example here not least because Alec Meer has done a bunch of the work for me. In his review of Banished he struggled to like the game. He thought that the harshness of the game forced the game to be about numbers, reading numbers, understanding numbers, increasing numbers, stopping the numbers from falling. In short: the numbers took over. He found himself saying ‘I don’t know what 400 firewood means’. I agree, my long time with Banished taught me that (approximately) several thousand firewood is good and less than that is bad. I still have no idea what 1 unit of firewood actually does. 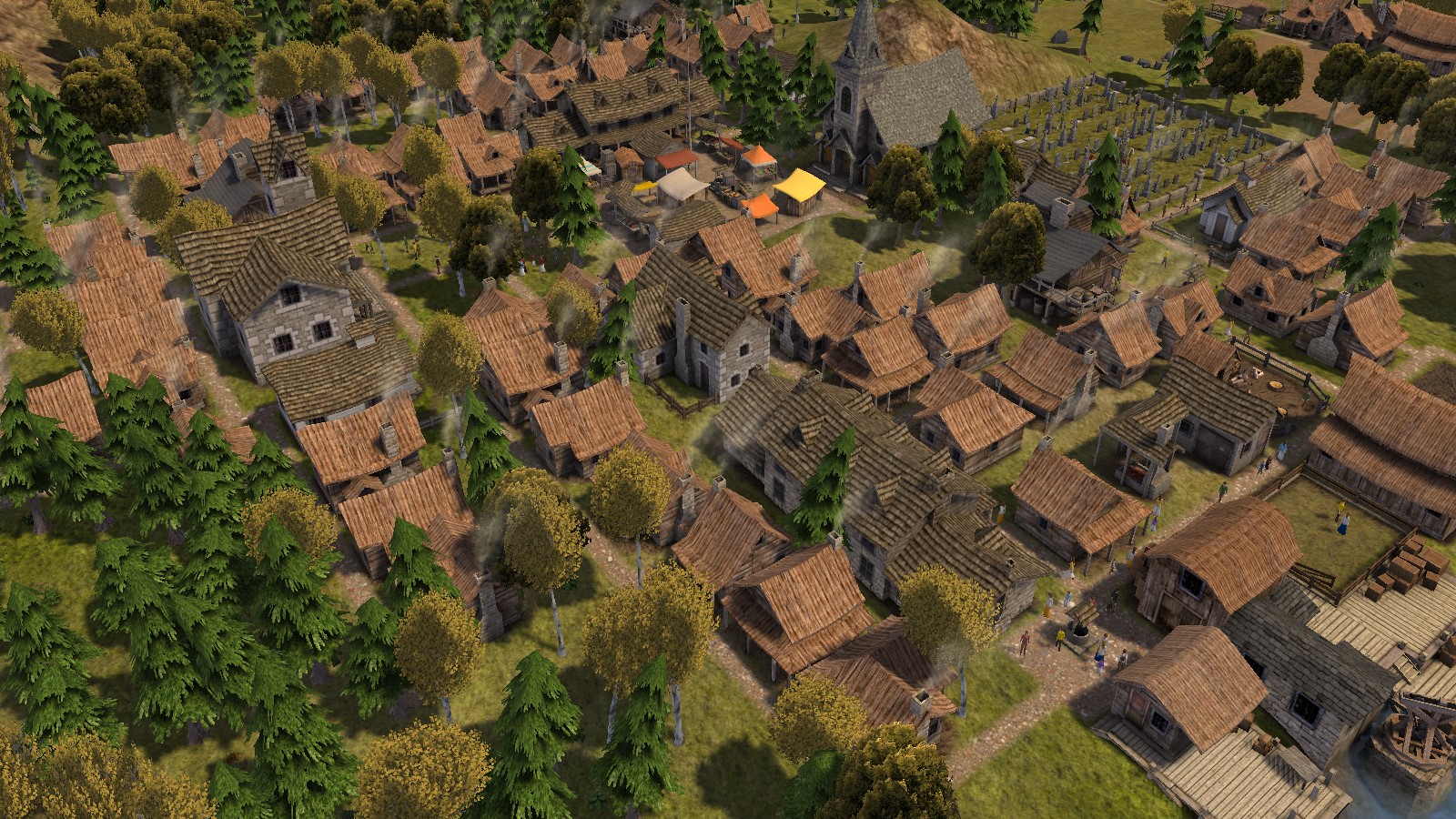 But regardless, metrics were the point of Banished. Discussions with friends focused around two main points: your population and what resources you had surplus of. Nothing says ‘success’ like a big pile of wood, right? Well, maybe in Banished. Aesthetics did not come into it, because as much as I love the game, it looks boring, a sea of brown and grey among the trees. I’d happily watch plants grow instead of just watching Banished, though there is some overlap there. For many this was too much and the game felt like it did little but enslave you to the numbers, that yellow food graph your only worthwhile companion. At least traffic wasn’t a problem.

Despite these differences the games have similarities in their goals. The first is population, but frankly I’ve never discussed population in relation to Skylines, it is just unimportant, whilst it is the core focus of Banished. However there is common ground here. When discussing Banished we talk about population, the goal, but also food and resources; the means to that goal. In Skylines we discuss income and the functionality of our cities, the goals, and traffic; the creaking pillar on which that goal lies. In both cases the point of the game is the goal, established by the context of the game. For Banished, the name does the explaining, growing a population is what you are aiming for. For Skylines, you need to run a successful city, money is the goal. Then the efficiency and methods of achieving that goal become the discussion and goals in themselves.

So in short, I think the point of a citybuilder is not to build a city. It is to achieve a goal through the means to reach that goal. They are bog standard puzzle games dressed up in an elaborate costume. In any puzzle game I must beat the puzzle through finding a solution – neither Skylines or Banished are any different, they are just puzzle games. Puzzle games with beautiful levels of simulation, dizzying metric analysis and an infinite supply of idiot motorists. The city is just for show. 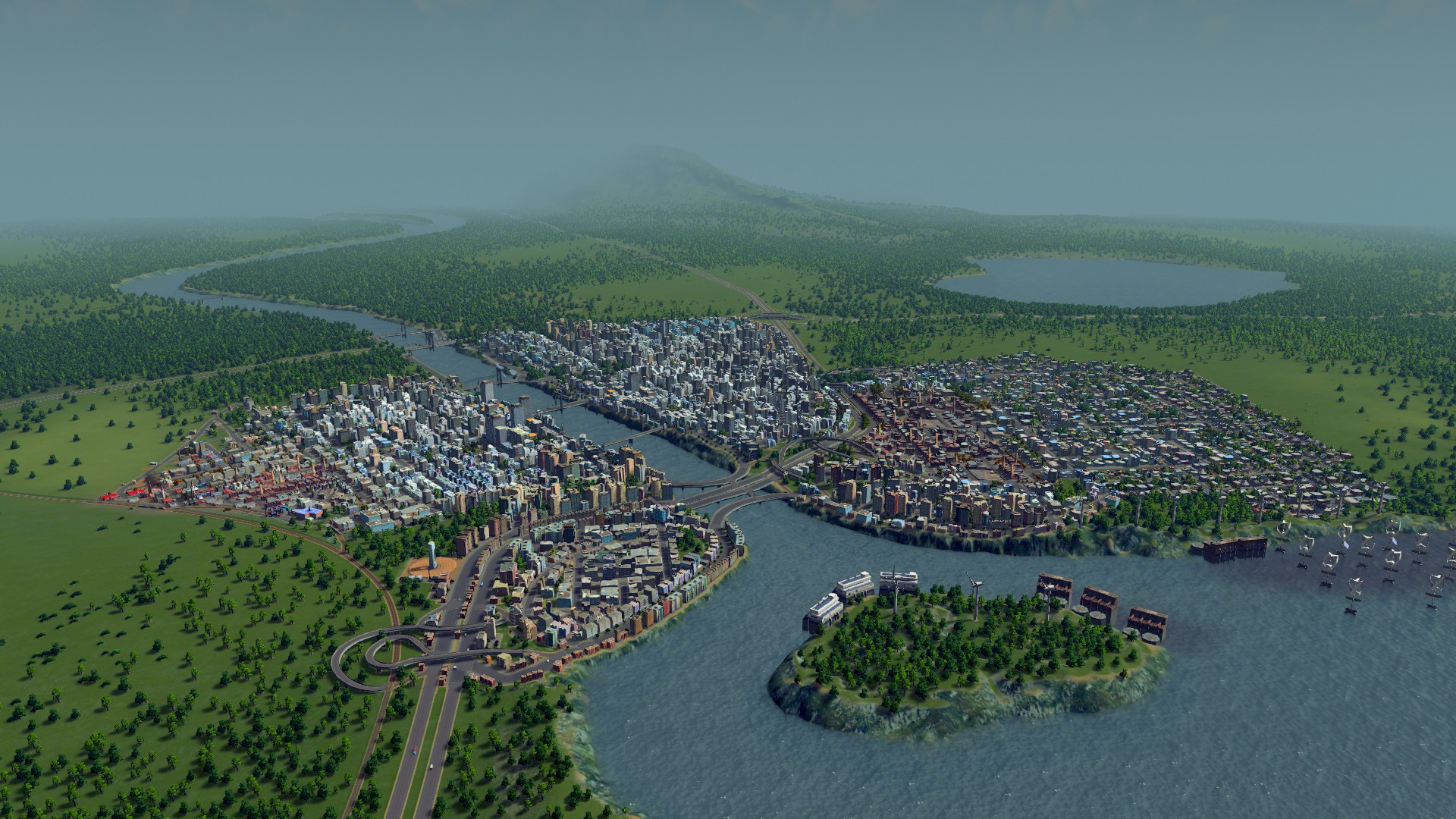 As an aside, are the images working properly? Images just don't seem to show up on my pieces when I use the Dtoid clipboard thing.