How Pokémon Colosseum and XD changed my view on the franchise

In 2003 Pokémon Colosseum was released, and in 2005, Pokémon XD: Gale of Darkness. These games changed my view on the franchise. I'm not going to start talking about Pokémon games because everybody has played them and everybody knows how they work. I'll talk mostly about Colosseum because it's the most unique one of the two, but I'll talk about XD later. 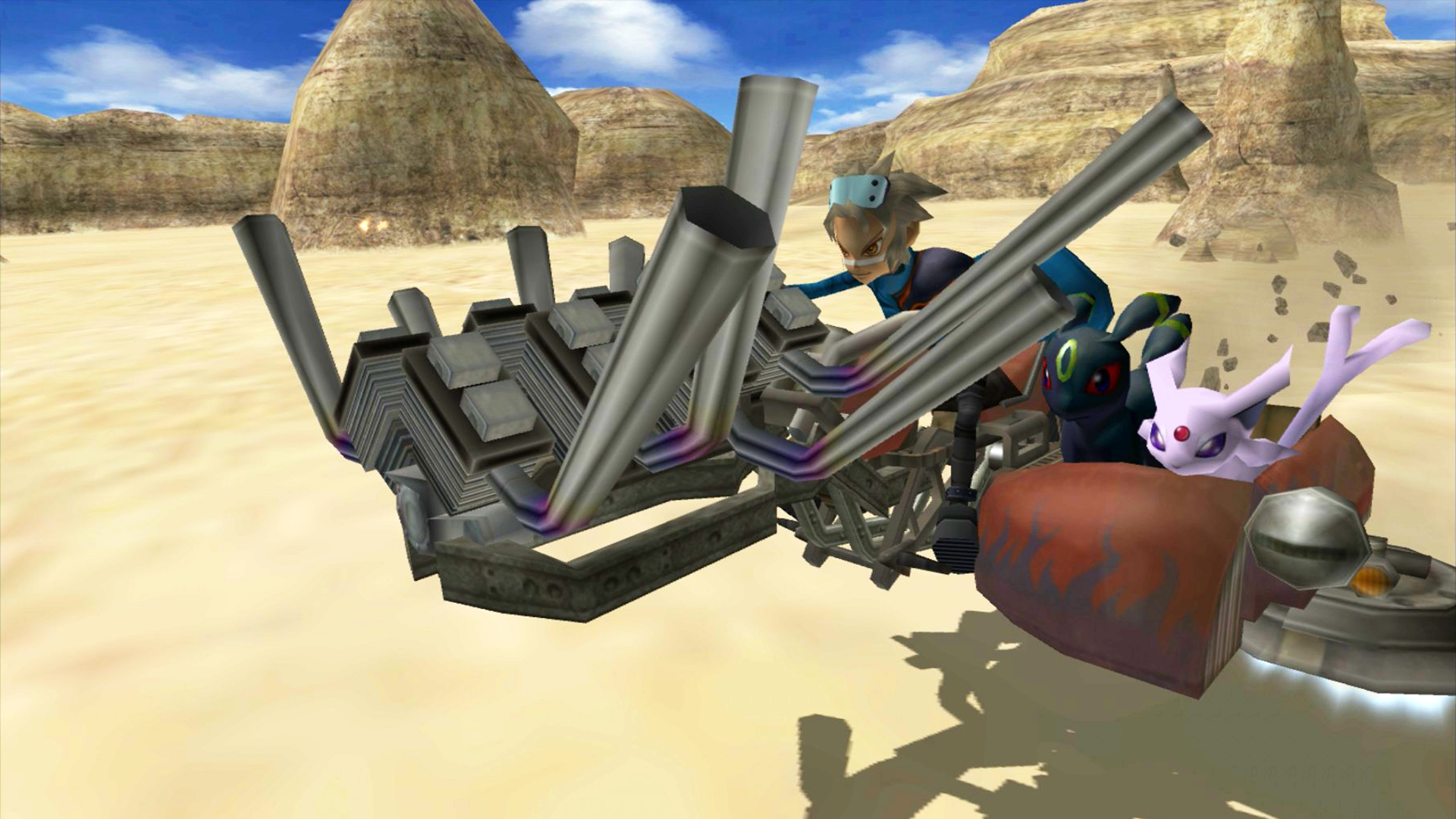 There are two main things that put Colosseum apart: you can't save anywhere and the way you get new Pokémon.

Not being able to save anywhere isn't the greatest thing, but it makes you be more aware of the battles. You can't save and force yourself forward, and if you lose, you reload and try again. You have to be prepared, or you can waste time getting to a PokeCenter. This adds some tension, some risk-reward regarding the money you spend on potions and your time.

The meat of these games are the Shadow Pokémon. In Colosseum there are no wild Pokémon (you won't be assaulted by Zubats and Geodudes all the time, how awful). You get Pokémon by snagging them from their trainers. Don't worry, they are bad guys. Actually almost everybody in this game is a bad guy. Anyway, these Shadow Pokémon can't level up until they are purified, and they start with Shadow Attack (a recoil move). They start remembering moves while they are being purified and finally they turn into a normal Pokémon.

There might be less Pokémon you can catch here than in a mainline Pokémon game, but there's also more variety since each one stands out more. That also means that you probably will use a Pokémon you never tried before. Maybe you never used a Makuhita before, but here it's the first Pokémon you catch, so you'll probably give it a chance.

The thing is that the level range of the Pokémon in this game is about 25-64. That means there aren't many opportunities for them to learn new moves by themselves. There are no HM, and the TM are a bit underwhelming. The moveset potential is very limited here. But you know what? I see that as a good thing. That means you have to think more about the movesets, ironically enough. You know that Surf is better than Water Pulse, but you can't teach everybody Surf here. Not only that, every battle here is a double battle (a great thing in my opinion), so Water Pulse ends up dealing more damage to an individual enemy. Since you are more limited, you might want both moves on a single Pokémon, who knows. This forces you to be more resourceful. Something you'll need because bosses are a big step up compared to gyms. 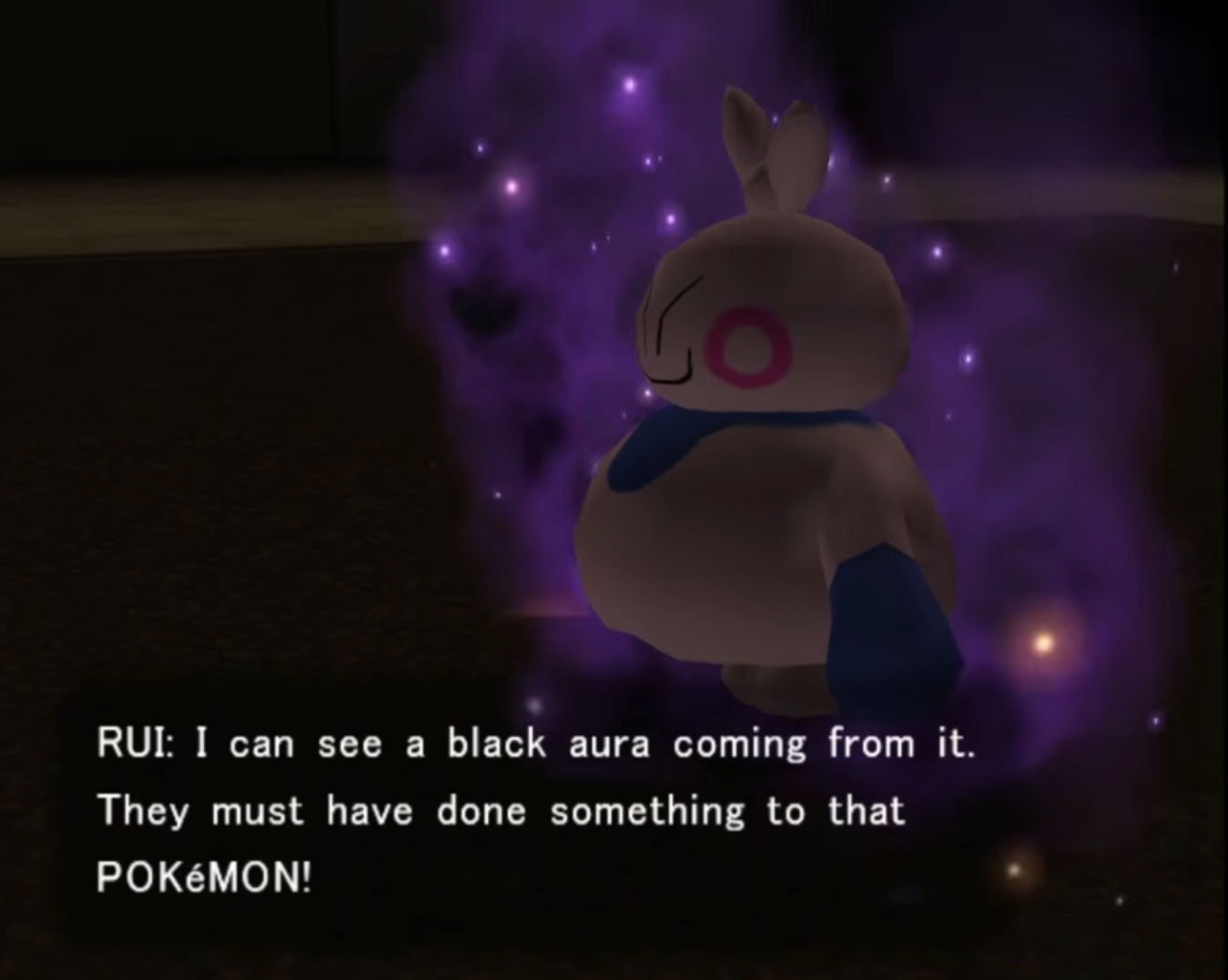 Mainline Pokémon games are easy, I don't think we have to argue about that. Colosseum provides a challenge. It's not an extremely hard game, maybe it isn't even "hard", but at least treats your intelligence with respect. As I mentioned above, you are limited and you have to work with what you have, but not only that, the bosses here use actual strategies. Instead of having a type theme easy to defeat, they have a strategy theme. One boss will Earthquake/Protect you, another one with use status effects, and so on. They are also properly leveled. You might fight the final boss and see how his Pokémon are 15 levels above you. Well, it's a final boss, it has to be challenging. Don't think such a level gap makes the fight impossible. Use your brain cells, you have the tools to defeat him.

I've beaten this game without purifying any shadow Pokémon. That means only my starters were able to level up. It wasn't that hard, really, although I played this game a lot. 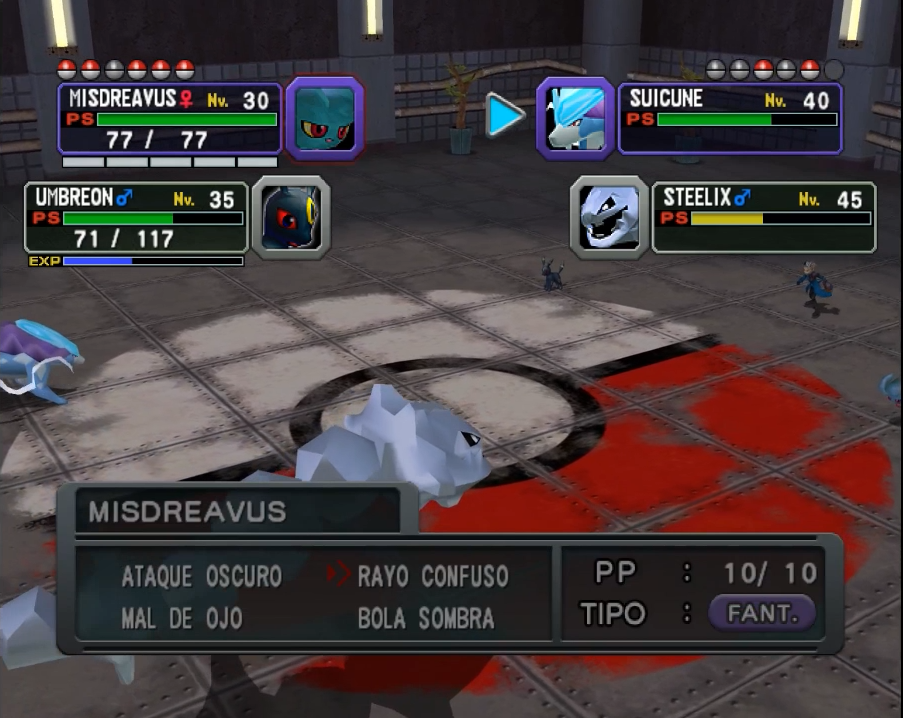 Okay, you got it, Colosseum is my favorite game ever, but it's now without its flaws, and for me, that flaw can be solved with emulation, but it still exists: the game is slow. Very. Slow. Animations are nice but they take too long. Really, there isn't much more to say about it, but I can understand people getting annoyed by this.

Another thing is that the pacing could be slightly better, but it isn't bad. You won't get drowned by cutscenes.

So what's the deal with Pokémon XD: Gale of Darkness? I think it's overall better than Colosseum. That's why it's my second favorite game ever. Wait, that doesn't sound right. Let me explain.

Pokémon XD has more Pokémon, more moveset potential, you can save anywhere, it's pacing is better. Overall, less limitations. That's why I like it slightly less. It's still amazing, leagues better than the mainline games for me, but loses a bit of the uniqueness that Colosseum has. Really, my biggest gripe with XD is how the bosses lose a bit of that strategic theme. It's still there, but way less.

The best thing about XD is the purifying chamber. The purification process in Colosseum is awful. I haven't mentioned it on the not-so-good stuff section because you don't have to purify everybody so I don't care about it, but XD makes it so much easier and fun that I have to talk about it. You deposit purified Pokémon and shadow Pokémon on the PC in a certain manner and they purify themselves, that's it.

There are wild Pokémon but they don't work like in the mainline games. Actually they are a bit annoying to get. You travel somewhere, put some bait and wait. There are also only 9 wild Pokémon. It's whatever. 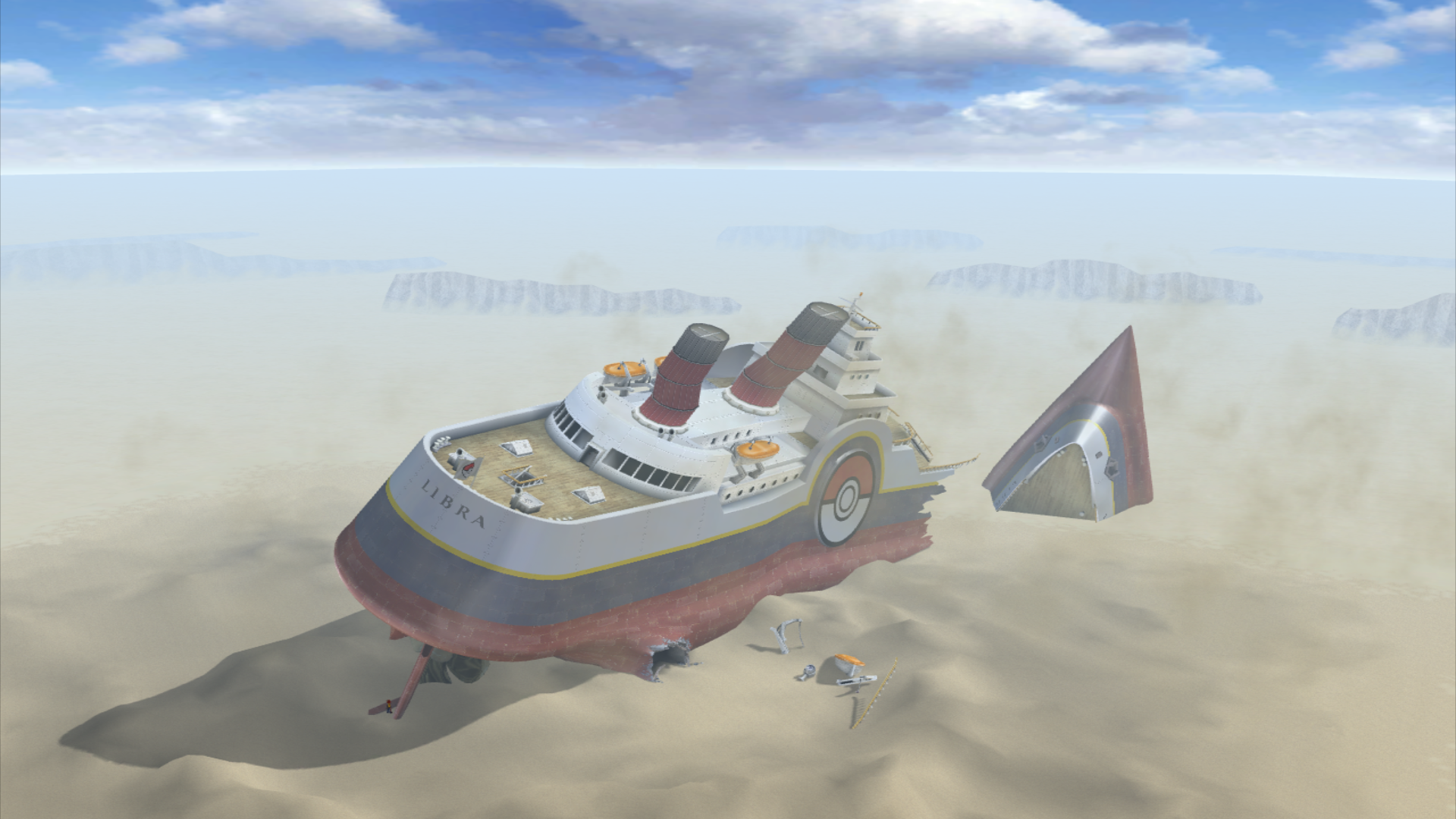 There's more stuff to do than the campaign. Both games have Mt. Battle, a 100 battle marathon which is what it sounds, and meh, I don't love it, mostly because you have to start from the beginning and the good battles are at the end.

Colosseum has a separate Battle Mode with another Mt. Battle and some Colosseums, but it could have been executed way way better. You have to register a Pokémon party, but you have to make sure they are level 50 or 100. If every Pokémon is level 50 except one being level 51, you can't register it.

XD doesn't have a Battle mode like that one, but it has Orre Colosseum, which is, in my opinion, the best side content in these games. They are just battles, nothing special except that there's a Pokémon selection phase, but the trainers there are godlike. They use never seen before strategies. Seriously, one trainer will use Hyper Beam with his Slaking and then used Roar to him to force a switch. That blown my mind. Another trainer has a Kingler with Guillotine, Amnesia, Rest and Protect. Okay, that's just annoying. I've only beaten Orre Colosseum with a hacked team, but to be fair, the trainers here have max IV and EV teams. 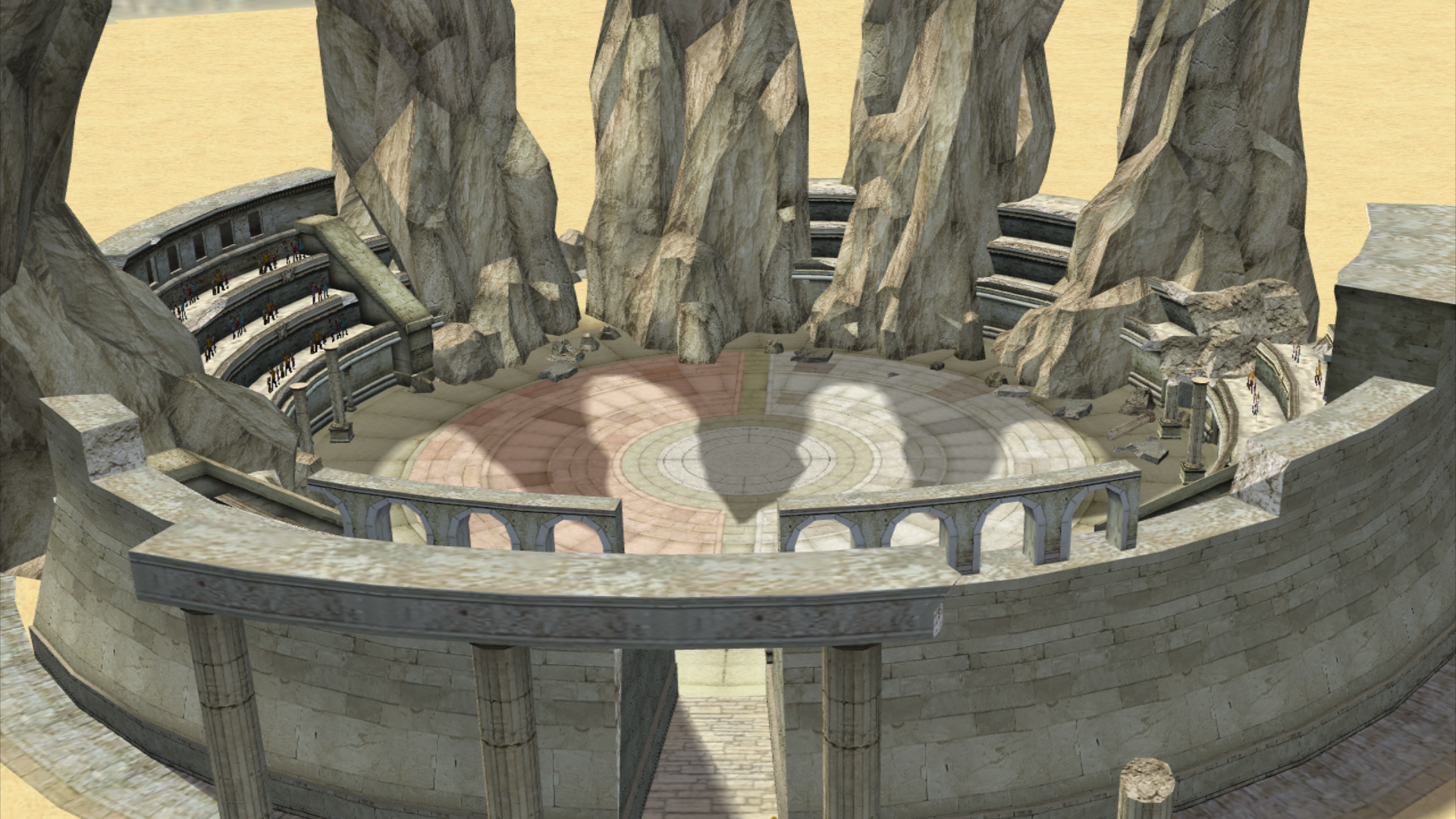 The music is incredible.

The art style is great. I understand it isn't everyone's cup of tea, but it's nice to see a Pokémon region that looks different.

The story is good, but nothing amazing. But considering the story in the mainline games, it's still better. Instead of being a kid that starts his Pokémon adventure, collects gym badges and defeats an evil team a week after he left his home, in Colosseum you are an experimented trainer with level 25 Pokémon that blows up a evil team base. Wait what? Yeah, the intro in Colosseum is pretty badass. It seems that your main character was a bad guy, the best at snagging Pokémon, but had a change of heart and now wants to redeem himself. Don't think that there's any character progression here, he never talks, but it's a nice flavor.

In XD you are a kid that defeats an evil team a week after he left home. The difference being that the events that the evil team started affect you directly, and you are the best person to do what you do since you possess a very valuable technology and you are the best trainer from the laboratory you live in. You start with a level 10 Eevee, but you have been rocking the battle simulator hard. 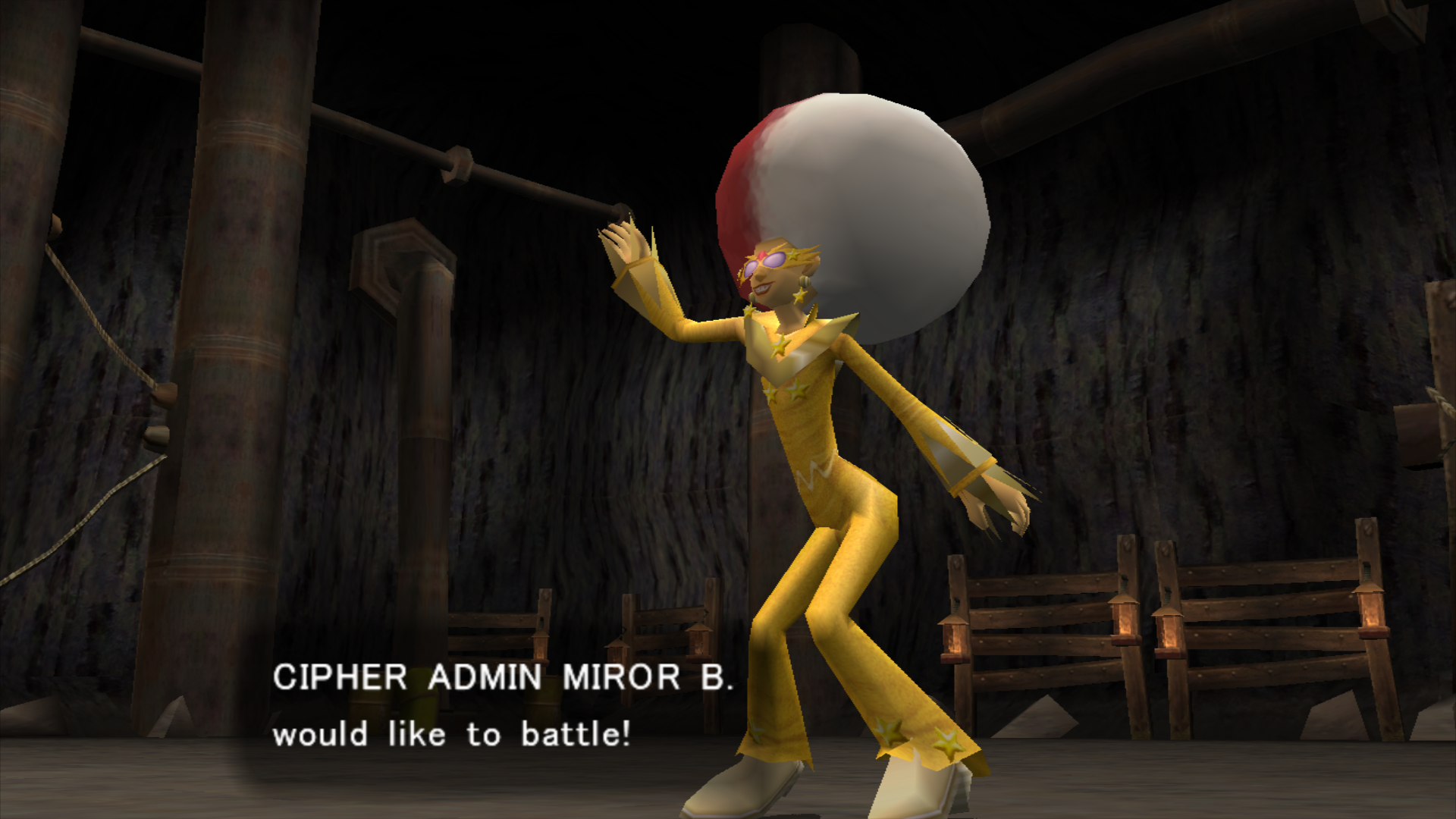 When I was younger I stopped buying and playing Pokémon games after these games released. When I played Colosseum and XD, the mainline games lost their magic to me. Not only from the visual standpoint, but they felt also the same. I'm not saying they are bad games, actually, I played Platinum recently (a no-exp hack) and I was surprised at how good some battles were, but still, you do the same, you still defeat a rock-type gym leader first. Colosseum and XD might have their flaws, but they are the only games that play like a mainline Pokémon game but are made by people with a different vision and different ideas, and for me, that the best Pokémon has ever been.

Physical media forever.
Gameplay over story.
I write from time to time, usually about stuff I made a video about in Spanish (my native language).
Anyone who likes videogames should play God Hand.