The Value of Localization

Hey there everyone, I've just recently started blogging and writing about this passion of mine, and I'd like to share it with you all. So let's start by exploring a game I played recently which presents us something I’d like to complain about, and maybe have some grounded and quality reflection time, if I see fit. Business as usual. Let’s talk about the localization of Lux-Pain (2009) for the Nintendo DS.

Created by Killaware and brought to us thanks to Rising Star Games, it was a game I discovered only recently. Its launche slipped a bit under the radar and even in 2009, even with my interest receptors considerably developed, I managed to miss it completely. But with it being a Visual Novel for the DS, with a visual style and interesting mechanics, I decided to get it.

To give you some context, the narrative revolves around a secret agency composed of individuals capable of using the Lux-Pain – objects that let the wearer reach another’s mind, this power being manifested in different ways for each person (emotion reading, erasing memories, animal communication…). 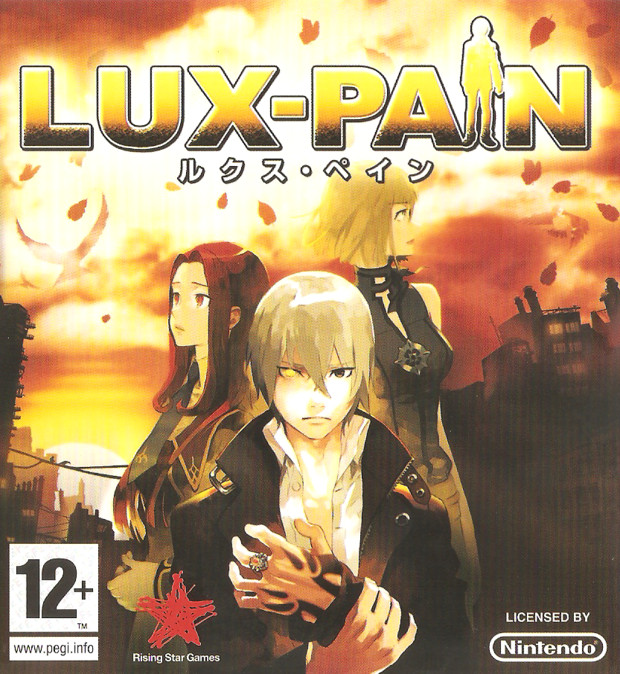 I feel that these “powers” serve as an interesting analogy for empathy. I would go so far as to say that, in today’s world, being “empathic” is almost a “super-power” and not the norm, unfortunately. But I enjoyed the way its themes were addressed and I enjoyed playing it. Maybe one day I’ll explore and reflect with you on this subject and the questions it can raise, but today I’ll be focusing on what happened with this game and, honestly, saddened me: the atrocity that is this game’s localization, especially when it’s a work that has everything for me to love.

First of all, let's define game “localization” as the process of adapting a game from its original language and making it accessible to an international audience. It is inexorably related to translation, and sometimes both this processes tend to not be as appreciated as they should, in my opinion. Please don’t think that translation is just taking a word and swapping it for another in the intended language. Translation is, above all else, about context and meaning and in the field of videogames a specific kind of management is required, which I’ll explore as well. 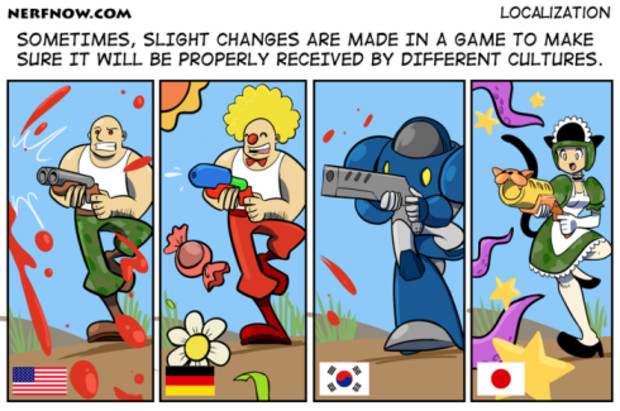 But back to the game; what does this work show us in terms of specific localization elements? It starts by having some swapped and missing letters, which is perfectly understandable and can happen - unless it happens frequently and recurrently for the entire game. This situation may arise when, for example, the localization team has a limited text box due to the size and shape of the Japanese kanji which, when translated to the Latin alphabet, means you need to manage it differently.

Another issue, slightly more serious I’d say, has to do with the terminology and name inconsistency. Sometimes we’re talking about “Arthur Mays” others we call him “Arthur Meyes”; the “Fort” seems to also be known as “Photo”, and so on. This and the “unnatural” and jumbled grammar can happen when the original text includes both Hiragana and Katakana, from the Japanese alphabet. While the first is used for Japanese words and inflections, the second’s for writing foreign alphabet and foreign words, like English. Hence why you need to have a strong knowledge of both cultures to really create a more fluid experience.

Other inconsistencies are related to the characters’ genders and the subject, mixing “him” with “her” and “I” with “you”. Yes, it gets this bad and it’s all but easy for the player. But once again, this has to do with the fact that in written Japanese there are no gender differences, thus being more dependent on contextual cues like the character’s speech pattern. And speaking of written Japanese, something I was feeling a lot during the experience was “the people who localized the text were not the ones who localized the voiced dialogue”. Seems like I was right. 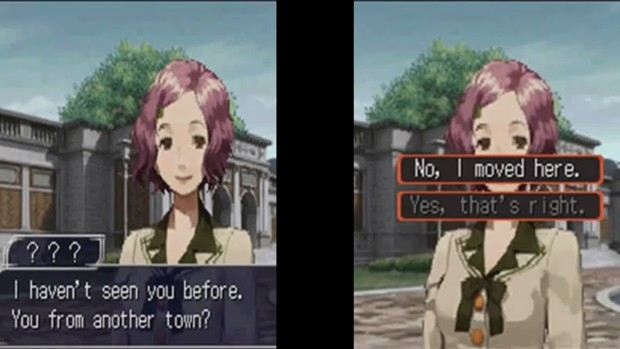 Finally, this game includes multiple endings, and choices that lead to those same endings. And yes, many where the times I didn’t understand the question and/or the possible answers, and I believe you can understand the anguish this may cause. But back to the beginning, I really enjoyed my time with it; so much that I finished it twice back to back to get another ending. And I know this may seem in opposition to the whole point I’m trying to make, but consider the following: I spent the entire thinking “What the hell are you talking about?” and “I’d love this game so much, if this was handled differently…”, effectively breaking my engagement.

And the issue is exactly that, the localization is an essential element in game development, being truer every day in a globalized world such as today’s one. I don’t want this to be just about highlighting this game’s faults, but rather to praise the work and dedication that localizing a game requires. Because this is a process of bridging cultures and overcoming barriers; of taking something done in a certain language and context and making it accessible to others while keeping its idiosyncrasies.

Therefore the need to have a deep knowledge of both cultures in question, of teamwork and mutual support – be it inside the team or between the localization team the designers. Because localizing something is almost like creating a parallel world, and this world needs to be consistent with the project it comes from. The ability a given game has of engaging the player is crucial, is primordial, and when one element may interfere with the experience it should be pondered and seen as fundamental to the general design of the project.

There's a ludicrous amount of hilarous, and problematic, game localization. Which ones made you cry, laugh, or made you wonder how much you could enjoy an otherwise interesting game? Please tell me your thoughts, your complaints, your favorite cereal and whatever else you feel like. I post weekly on my blog (https://themaninthegarage.wordpress.com/category/turbine-philosophy/), about whatever I so desire. Technically. Mainly videogames.

Have a [insert time of day you're in when reading this] and enjoy life. Yours, preferably.