One of the basic selling points of practically any video game ever is giving the players the opportunity to do/be/experience something they probably wouldn’t be able to in their everyday life. They let you travel unknown lands, meet extraordinary people and accomplish monumental feats. It can serve as an escapism of the banality of your routine or maybe it gives you an opportunity to face different challenges that help you grow as a person. 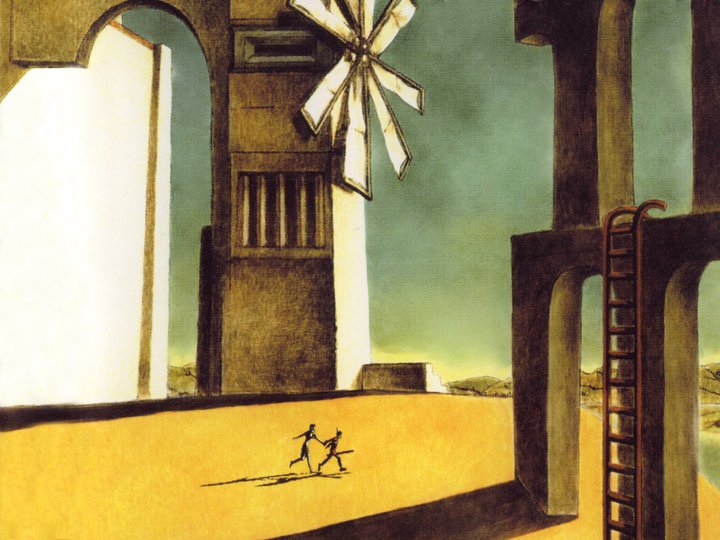 But, for those of us who’ve been enjoying videogames for some time now, simply due to the sheer amount of times we’ve been doing these impossible things, they can run the risk of becoming the opposite of they should be - ordinary. It’s extremely common to feel desensitized towards things we’re accustomed to; so much so that getting the chance to save an entire world somehow becomes the same old, same old.

That’s why I appreciate it when games feature elements that reflect the mundanity of a common life. If done right, and if they resonate with the player, they’re able to not only set a base level the player relates to, but also contextualize those grandiose actions into feeling even more so. After all, how can we identify something as being extraordinary if we don’t fail to recognize what is common, and vice-versa?

That’s why, in this blog, I want to share with you some moments in games that practically don’t impact gameplay in any way, but do a great job of immersing me in the world of the game I’m playing.

No More Heroes – That ATM 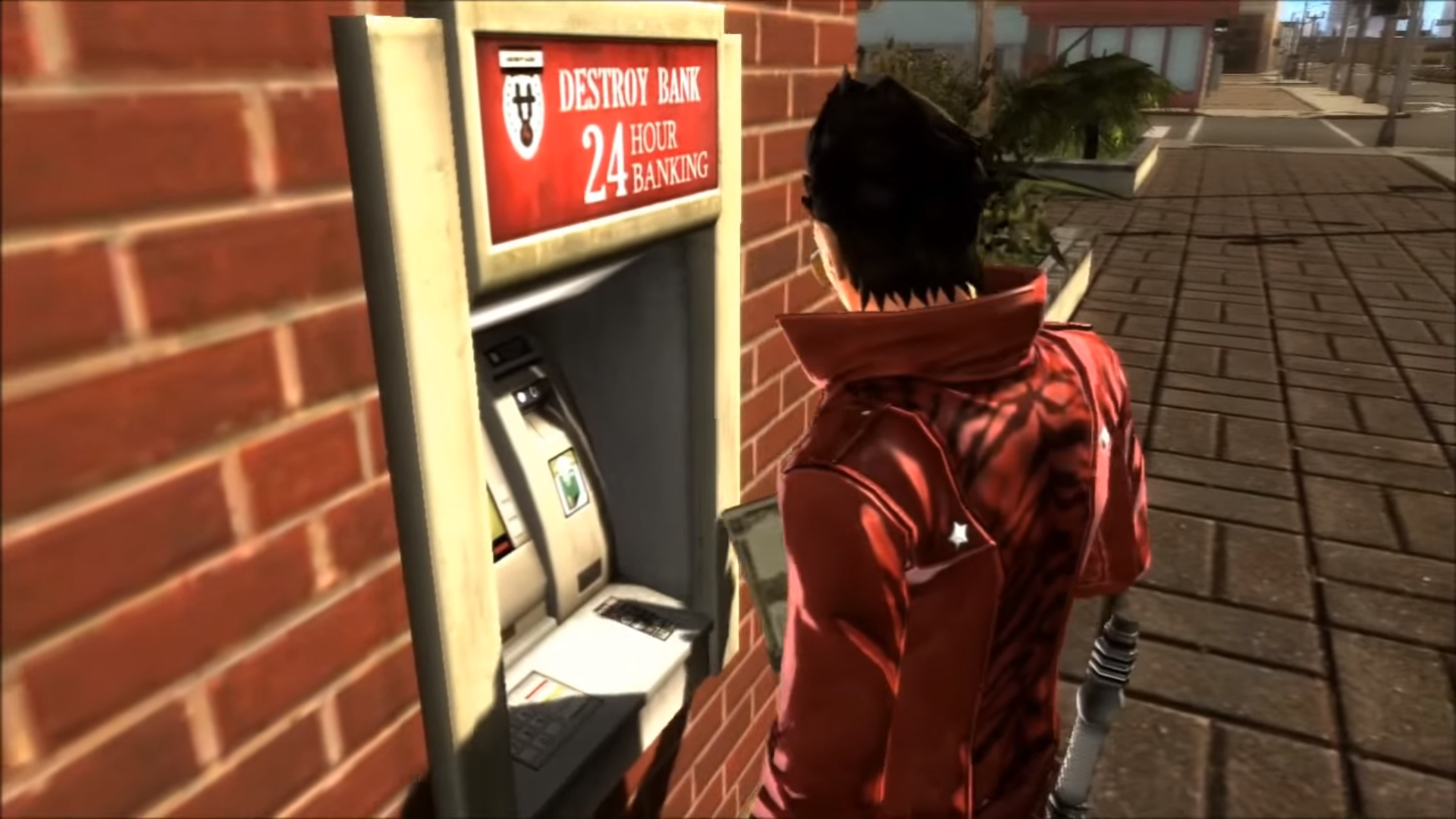 Let’s start with the one that made me think of this entire list. For those that don’t know, in No More Heroes you need to earn money through part-time jobs and other less usual means in order to pay your fee to the Assassins’ Association, so that they don’t kick you out, or worse (they are assassins, after all).

Now, they could very easily take this entire step out of the gameplay loop: you could earn the money, maybe select an option in a menu, they take it out of your account, done. It’s essentially some extra fluff. Coincidentally, that extra fluff is one of the many things that endears me to this game.

To me, it’s like having to physically go to the ATM makes me feel more in control of the situation, in a way that a simple menu prompt wouldn’t. “I have this money now, which I can go deposit in the bank or spend it in some silly-ass t-shirt I can’t find in a random trash can.” Decisions, decisions…

Shadow of the Colossus – That petting goodness 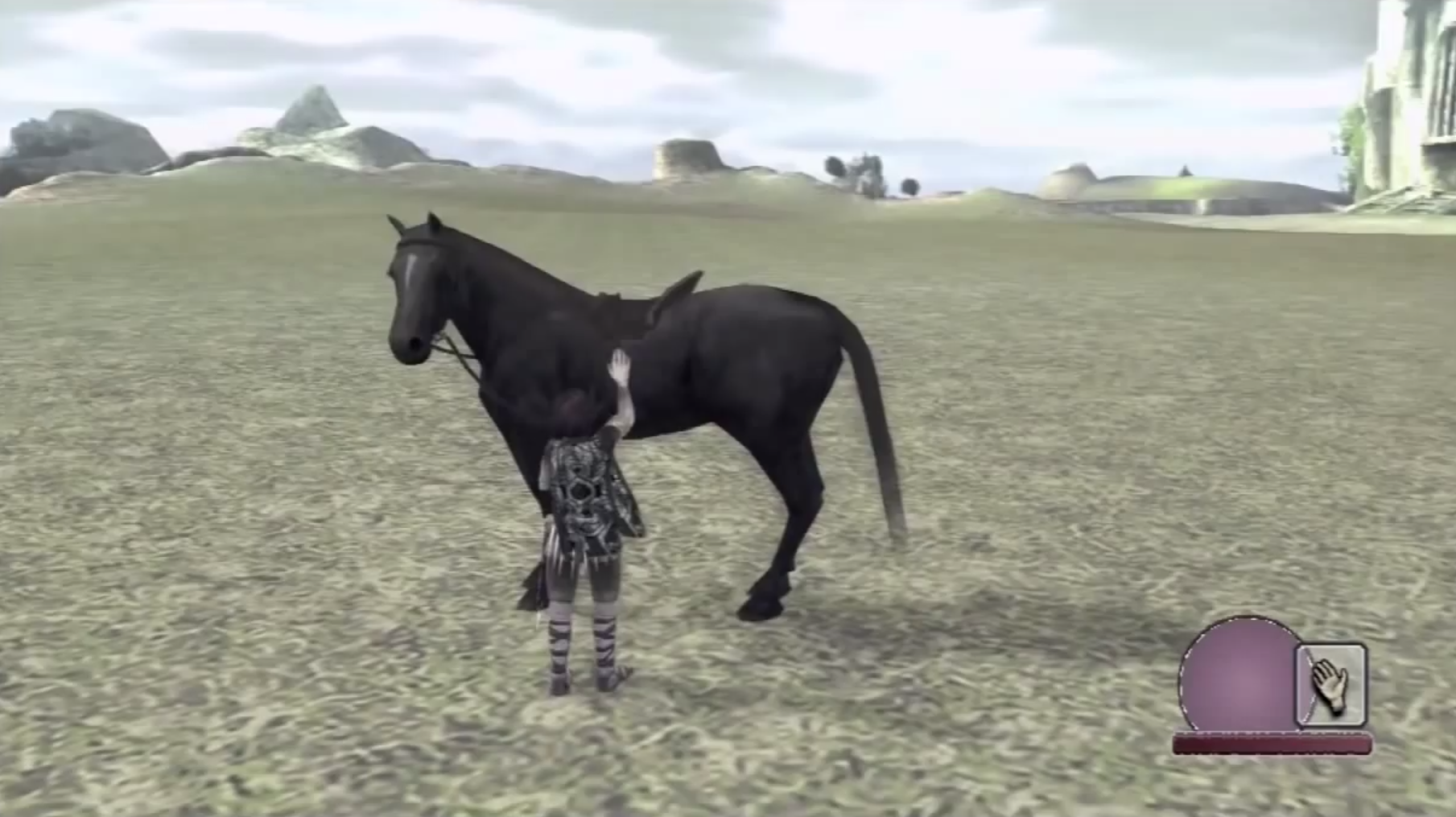 SotC is a beautiful game in a variety of ways, one of which being the relationship you develop with your horse, Agro. It is basically the only being that you really interact with for long periods of time and that accompanies you in your journey through this desolate, mesmerizing, and captivating landscape.

Fortunately, Team Ico decided to include a petting button that does nothing. It doesn’t replenish HP, doesn’t fill a social link meter with Agro and doesn’t even the clean the poor thing. But I’d argue that it’s exactly because of that lack of impact on the gameplay that it successfully helps nurture the relationship between Agro and the player (which, in turn, makes a certain turn of events even more excruciating). You don’t ever feel like you must do it, so you only do it because you (hopefully) genuinely care for Agro.

Comparing it to The Last Guardian, for example, as much as I admire that game and what they did with Trico, I feel that my relationship with Agro was stronger because I never looked at it as a “game mechanic”. 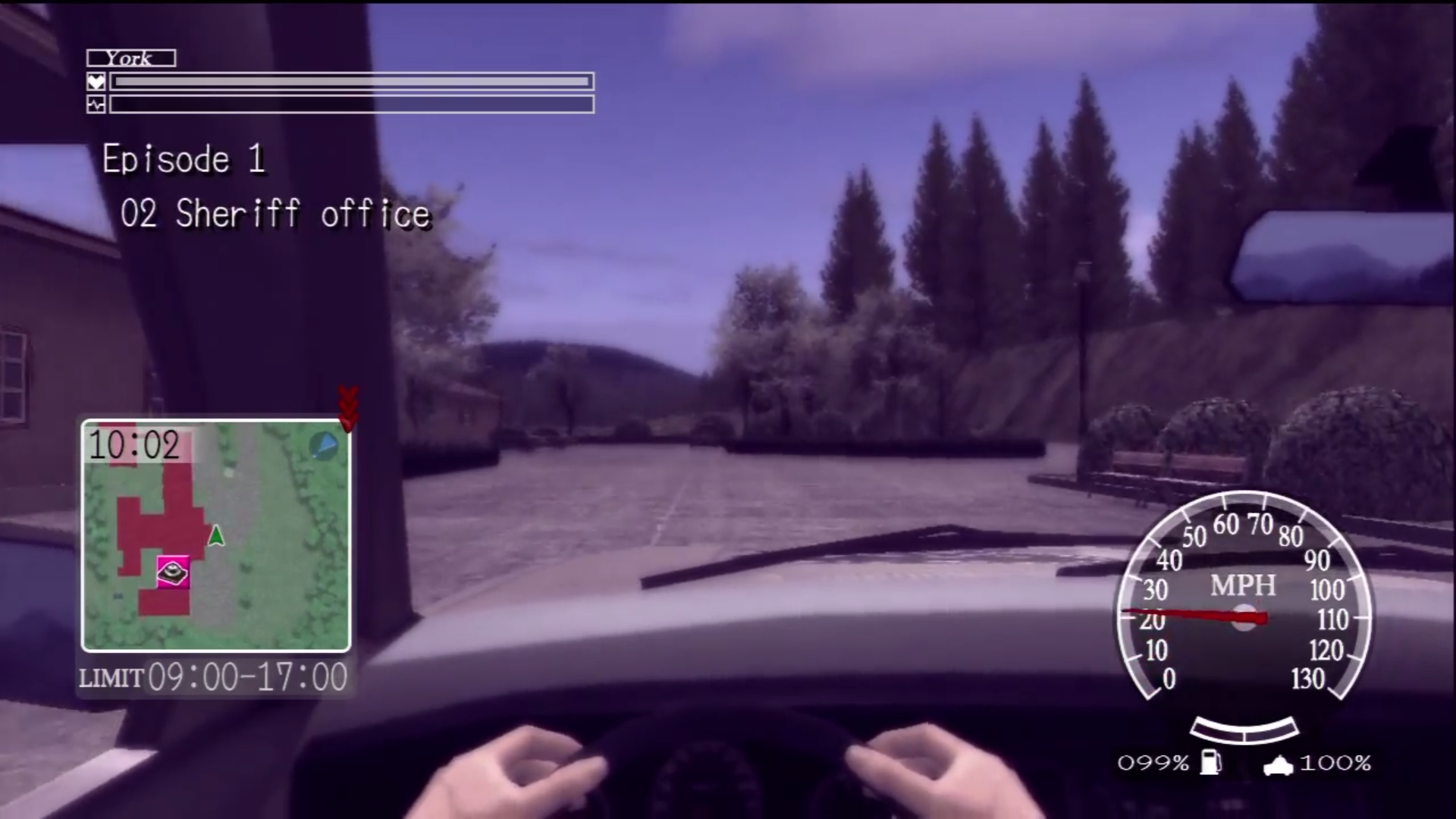 This one is really small and somewhat (very) silly. Due to its open world characteristics, you’ll probably spend a great deal of the time in the car going from place to place. You can either drive in third person, or do so in first-person. In games, I usually prefer to drive in third person, but by going into first-person here you can see the car brushes more clearly. They do nothing, literally; they don’t even help improve the visibility during the rain because, well, there’s no rain tech in this game that impairs your visibility.

But driving in the rain is something I rather enjoy, in my daily life. The feeling of the drops hitting the car and being swept away by the brushes. Even if they’re mechanically useless, just the simple fact that they’re there makes me want to drive around in this crazy world.

And you know what the best part of this is? I’ve never actually played the game myself. I only watched others play it, and that feeling was strong enough to make me include it here.

Right, you may be thinking: “Wait a minute, the food serves a gameplay function here! What gives?” And you would be right, it does. But the fact that whenever you choose to have a meal you’re shown it being eaten in several bites does not, and that’s what I want to focus on.

Those who know me are very aware that I don’t care much for food or the rituals of the meal that dictate what one has to eat, even if you already feel full and don’t want to throw up. I basically only eat because I need it to function. That’s not true for every food, of course, there some I enjoy a lot, but for the most part it is.

Despite all that, pressing a button to take those three or four bites of those seemingly delicious dishes aren’t lost on me. It honestly makes me want to try the things the characters are eating, and I’d bet that it’s these little touches that make the food look even better and more appetizing.

I adore this game with a passion. It hasn’t left my mind ever since I finished playing it and I know I will go back to it sooner than later. One of my (absurd amount of) favorite things is brewing some coffee, having Sojiro try it and give me a random piece of trivia about whichever beans popped into his head (and I somehow managed to use?)

Personally, I enjoy do enjoy a nice cup of joe. I’m not a connoisseur in any way, shape or form nor do I drink it without sugar. But it tastes good, I like to try different flavours and am also a sucker for random trivia related to my interests.

And yes, Catherine also did basically the same thing with alcoholic beverages, but 1) I don’t drink alcohol and 2) that knowledge isn’t being imparted by my awesome adoptive dad (same voice actor, though).

Now I’d like to know about you. What are some of those seemingly unimportant or irrelevant moments in gaming that managed to enhance your experience with them?