Taking out the Trash: When Space Nazis are "the lesser evil"

This month's Bloggers Wanted prompt is all about Nazis, evil mofos out to ruin everyone's fun by way of force, genocide, eugenics, and a key emphasis on racial purity and superiority. As everyone knows, Nazis are bad, and should promptly get their asses kicked. But what happens when the Nazis are pretty much "the lesser evil" in the galaxy? I'm talking about Warhammer 40,000 and the Imperium of Man. 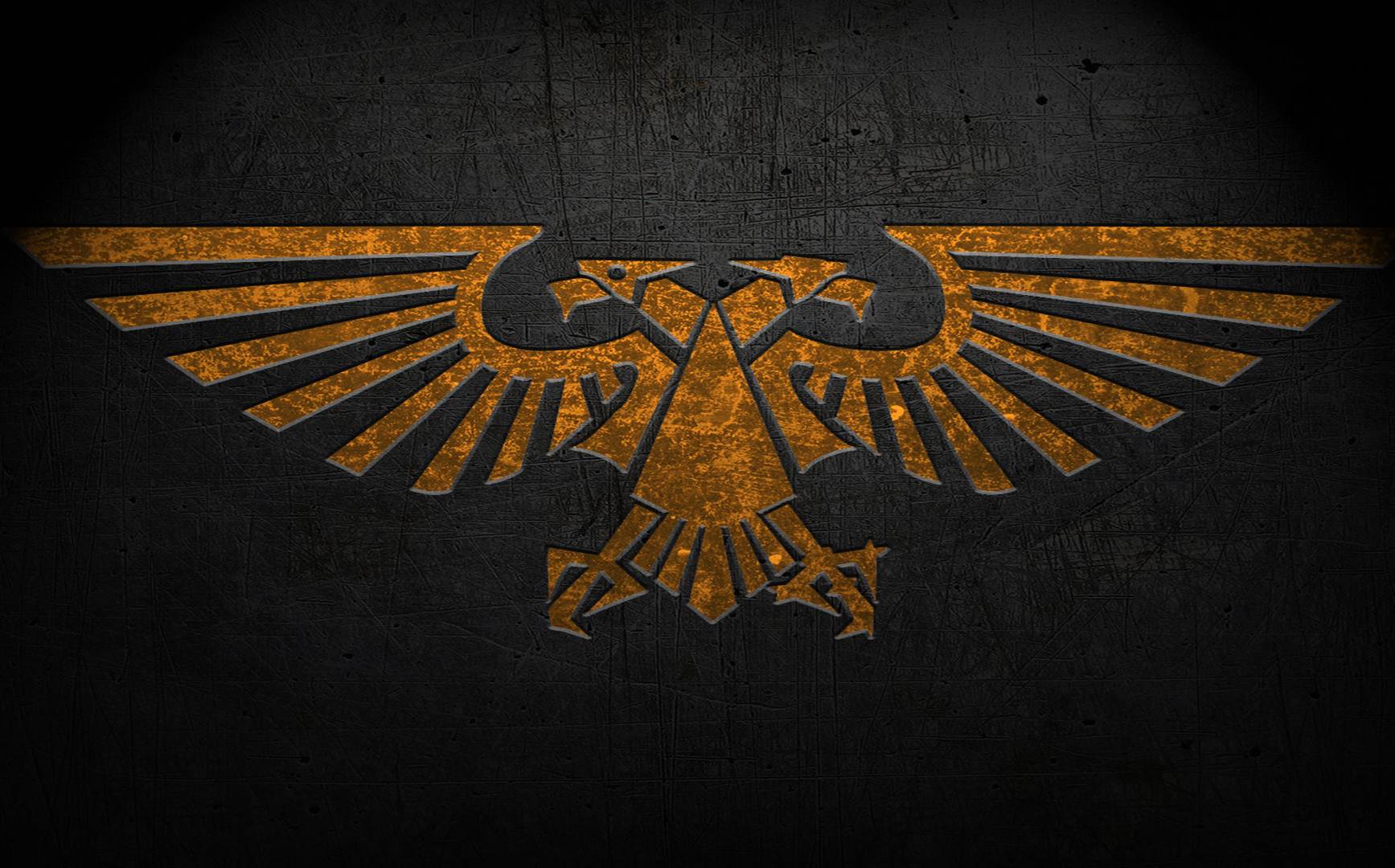 The first thing that would go through your mind is: "WTF is Warhammer 40k?" The second would be: "Wait, they're Space Nazis but they're the good guys?" Allow me to answer these queries.

Warhammer 40k is a creation of Games Workshop. It's a tabletop game where you buy and paint various armies and duke it out on a makeshift field whilst praying that you get lucky dice rolls. It has since branched out to hundreds of books, magazines, novellas, and audio dramas, all fully fleshing out the lore -- or the "fluff" as we call it. There are also dozens of games based on the setting such as Inquisitor: Martyr and the upcoming Chaosbane action RPG. Games Workshop also created its older cousin, Warhammer Fantasy Battles which games like Total War: Warhammer and The End Times: Vermintide are based on.

Back to the 40k setting and Space Nazis. Well, yes, the Imperium of Man are essentially Nazis in space. At first glance, one might consider humanity in the grim darkness of the far future as simply a dystopian society. Looking further at the details, and you might notice some key comparisons. 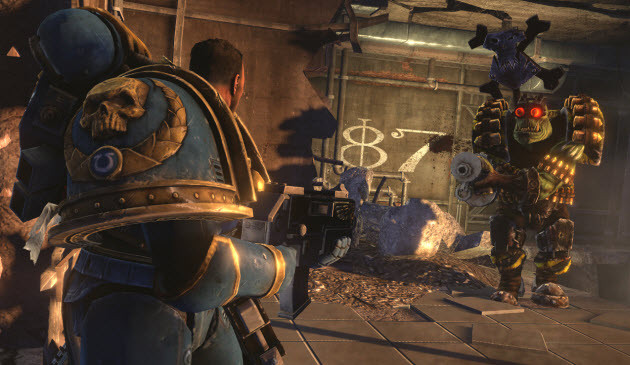 Let's think of how Nazism has usually been defined by in conventional terms by historians:

The same concepts actually apply to the Imperium in more ways than one. You have that dystopian future which exists because of a figurehead -- the Emperor of Mankind. The Emperor is believed to protect his servants, and all are duty-bound to serve Him until death. That rule is accentuated by the myriad of personalities that govern the vast stretches of Imperium space from the High Council of Terra, the various planetary governors, Knight houses, to the Astartes and the Arbites. There is only one "truth" and that is "The Imperial Truth" by which the Emperor is divine, guiding the trillions of people across the galaxy, and His agents are His word made flesh.

There is no actual freedom to speak of, for you are expected to exist as you are, and do as you are told, whether you're working in Mechanicus foundries, tilling the fields, or sending your blood tithes and offerings -- your sons to be made into Space Marines or psykers in the family whose souls will be ripped out in order to provide life to the God Emperor. Think of it like little German boys being conscripted to defend Berlin as the Third Reich collapsed. There is the innocence of youth amidst a desperate struggle, and the notion of glory and honor in combat, only to die an inglorious death or be made into a killing machine.

Should you decide to find just a little bit of freedom and go against Imperial doctrine, you are branded an enemy of the state -- whether you're a mutant, a rabble-rouser, an occult-dabbler, a Xenos-lover, or a heretic. In these cases, the secret police, the Gestapo Inquisition will be after you. Woe betides anyone who earns their ire. In the case of mutants, there have even been pogroms and total purges of their kind despite, in many ways, their mutations not being their own fault. They were born with it, or they were exposed to the ravages of The Warp. Society shuns them or outright eliminates them.

More than 200 years before The Horus Heresy, an event in which Primarchs -- the gene-hanced sons of the Emperor -- rebelled and caused wanton destruction, there was The Unification Wars of Holy Terra. Back then, the Emperor was simply a man. A great man of untold power, but still assuming the bearing of a man and not a god. This cult of personality blossomed as he eviscerated nations that would not bend to his will. Resistance was stamped out. Religions were outlawed. All bent the knee under the mighty juggernaut of mechanized and gene-hanced warfare.

When Terra was finally united, the journey to the stars began. Known as The Great Crusade, humanity sought to establish its dominance of space by eradicating entire species of Xenos, as well as humans who were too far gone to be included in the fold. It was literally "us-versus-them" on a galactic scale of genocide. In many cases, peace could not be bought, and the threat of alien races was too real that there was no other choice but exterminatus.

Leading the vanguard of these efforts were the Adeptus Astartes, the Space Marines. Codified with the blood and genetic makeup of their respective Primarchs, and by extension, the Emperor's, these super soldiers were the finest specimens of humanity. Gone were man's physical weakness and frailty, replaced by two hearts and extra organs, fine musculature, and extreme devotion to the cause. Though certain Space Marine legions had more mutations and imbalances than expected, the result was clear -- this was what man could he be had he achieved perfection. The Imperium's actions are, indeed, reminiscent of the contemporary depiction of Nazi Germany -- the emphasis on racial superiority, achieving a perfected breed and destroying those beneath you. It's a good thing that some Primarchs and Space Marines are blacks or Asian, otherwise, the racial overtones would be too obvious to ignore. Instead, it's more of speciesism.

The Imperium is indeed Nazis in spehhhsss if we compare their brutal doctrine, totalitarian dominion, genetic experimentation, and unbending laws -- but in many ways, these are all necessary. In a galaxy torn apart by constant warfare, mankind's survival is always at stake.

The Imperium are Space Nazis. They are NOT good guys at all. They are simply "the lesser evil" in the vast ocean of even more dangerous, terrifying, and inhuman foes.