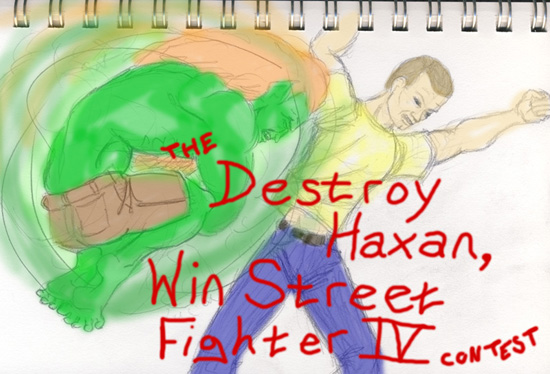 UPDATES ARE IN BOLD PRINT

Before I get into the meat of this contest, I want to get any and all disappointment out of the way. There are some requirements you will need to meet before you can enter this contest. In order to compete you will need the following:

3. A United States address for me to ship the game to, should you end up the winner. (I am not automatically disqualifying anyone outside of the US. But you'll need to have someone in the US ship you the game from their address as I can't foot the bill for international shipping or for the added cost of buying a game in another country.)

4. An account here at Destructoid. (If I'm throwing away three Jeffersons, it's damn sure going to be to one of us.) Realizing that being a community member doesn't necessarily mean blogging, this rule has been refined from requiring a c-blog on your account to compete. No community blogs are necessary to compete. 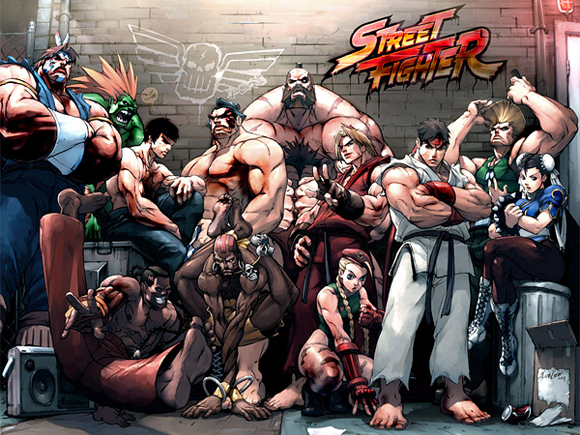 The objective is this: Have the best combination of total wins and win ratio against me in online friendly matches over 34 days' time. Simple. But there are some rules and stipulations.

1. You have to find me online. Send me a friend request with destructoid somewhere in the note. My PSN ID is haxan, XBLA Gamertag is haxan1 I understand that there are only so many slots available for friends. So this is first come, first served. Beyond that I will be devoting a minimum of 2 hours of SF2 play per day. This will usually be between 8 and 10 pm Eastern Standard Time Sunday-Thursday nights, just before work. I may also drop in after work around 8am. And possibly throughout the day. On my days off, I could be on at any time. So, if you see me online, send me an invite challenging me. As soon as I'm able to (i.e. when I finish the current set of matches), I'll send you an ETA of when your time will be. This is also, first come, first served. If I'm in the middle of a match, and have 5 people waiting, I may not have time to get to you. I will not turn down a challenge for any other reason than lack of time. I don't care if I'm at the final boss of Resistance 2, I will drop it and fight against you.

2. There will be a theme character and system for each particular day (Xbox only on some days, PS3 only on others). I'm always going to be Ryu. I've been playing as him for 20 years. I don't see any reason to change up now. But the character that you will control will change on each day. At the end of the blog, I'll post a schedule for which character fights on which day on which system. You can switch between systems, but you can only play once as each fighter.

3. You will get up to 10 total matches. 7 using the theme character, and 3 bonus matches using any character of your choosing. These are optional. This rule was altered from 5 bonus matches as Ken or Ryu to add a bit more fun to the competition for everybody, and to even up the odds for non-shoto competitors.

4. The winner will be decided at the end of the 34 day period. The victor will be the person who has the greatest amount of wins multiplied by their total win percentage. Examples: A person who wins 90 of 180 total matches will have a score of 45 (90x50%). A person with 30 wins and no losses will have a score of 30 (30x100%). In case of a draw, a tournament or sudden death challenge will be created to determine the final winner. We'll just cross that bridge when we come to it.

5. Should there be any loopholes that come up, I reserve the right to amend the rules. But it's all pretty simple, so that shouldn't be a problem, though they've been amended already. Twice..

6. Finally, you are ENCOURAGED to play as cheap as you can possibly muster. This whole contest is a learning experience for me, really. So use whatever repetitive traps and special move spamming that you have in your arsenal.

Prizes will also be awarded for the the person who competes the most (an official Street Fighter Fight Night t-shirt) and the person who plays the cheapest matches throughout the competition (this is a mystery prize without much value).

I'll be posting regularly in the forums every couple days (as I find the time) to update the stats. I will also create a c-blog weekly with calling for more entrants and giving competition updates. And it's never too late to get involved (well, maybe on the last day or two).

I just want to throw out there that Yojimbo is really, really good. His win record against me is slightly over 50%. He hates the idea of a 3D Street Fighter (as do I) and I know he would relish any opportunity to own it without having to pay for it. So bring your A-games, guys.

Here's the schedule for each system:
(M. Bison, Vega and Balrog correspond to the switched up, non-Japanese versions of their names)