2. I just realized a couple of weeks ago at the ripe old age of 30 that I have ADHD. It now makes total sense why I was never able to do my homework, essays or any other schoolwork required of me back in High School, which led to me not doing the whole college thing. Or why I never finish the projects that I start. And a whole bunch of other problems along the way. I'm still kind of reeling from that, wondering how my life could have been different had I known decades ago. But I am happy that I can do something about it now, and get my life on track. This leads me to... 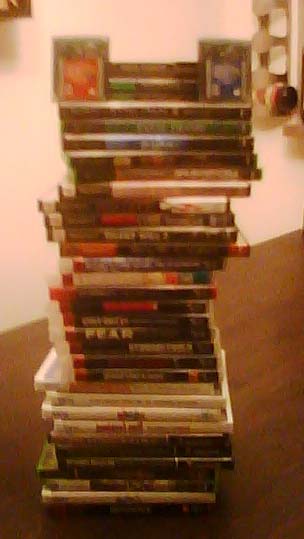 3. I buy games. I seldom beat them. This is the current stack of games that I have which I fully intend to beat (you should see the stack of games that I've given up on). It takes a truly special game to hold my interest through to completion. Hopefully this year I can make a dent in that stack. Another thing that will help with this is...

4. I'm getting kicked out of my place next month so my current roommate can get married to his evil grilfriend. I'm going to move out on my own and my living expenses are going to double. I'll only be able to afford games once in a very great while. So, it's good that I've got such a backlog to work on. 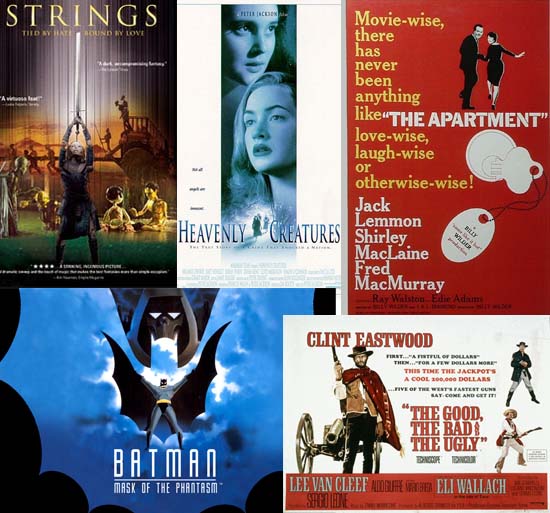 5. I love movies. My DVD collection contains over 400 movies covering every conceivable genre. I have a shelf that five feet tall and 6 feet wide that is completely full of DVDs. My top ten favorite films of all time are as follows:

The Good, the Bad and the Ugly
Night of the Living Dead (the original)
Seven Samurai(Shichinin no Samurai)
The City of Lost Children (La Cité des enfants perdus)
The Apartment (1960 with Jack Lemmon and Shirley MacLaine)
Strings
Heavenly Creatures
The Big Lebowski
Batman: Mask of the Phantasm
Kiss Kiss Bang Bang

The best worst film ever made is "You Got Served". 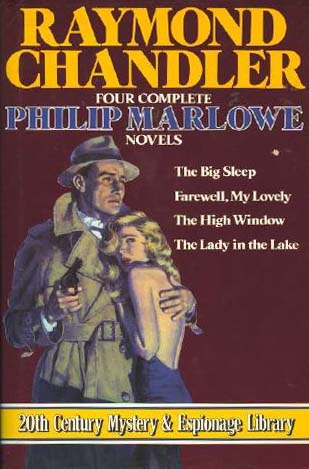 6. I love pulp detective fiction novels from the 1930's. Raymond Chandler is my favorite writer of all time. His Philip Marlowe stories are love in written form. Dashiell Hammett was a god among men. Ian Fleming rocks my world (though, James Bond is more secret agent than detective, I still lump it in with the others). There's few things that I love more than cranking up some Jazz or Big Band music, and chilling out with with Farewell, My Lovely or The Thin Man with two fingers of bourbon on the table next to me.

7. I come up with ideas for stories which I get really excited about, but almost never finish. I now attribute this to that whole ADHD thing in number 2. SO, hopefully this will be the year that all of that changes. I've got a few things that I'm working on now that I'm really excited about, and am really determined to finish. One of which is a series of novels about a little girl chryogenically frozen in the sixties waking up today with superpowers. She finds herself needed to save the world from the mad scientist who trapped her in the first place. There's so much more to it. But that's the gist.

8. I got hit by a car while I was crossing the street when I was 16. I got a bunch of broken bones that have all since pretty much healed. There's a metal rod in my left leg, and if you knew where to look, you can actually feel the screws that secure it to the bone. It's a scarred up mess now, highlighted by two giant 9" scars that run down either side of my leg. It's actually pretty manly.

9. Last year I shelled out $200 for a Nintendo Entertainment System that had never been used. I immediately pulled it out of the package and hooked it up and beat the Legend of Zelda on it. Even though it's now no different from any other NES that's in good condition that you might find on eBay, it's still one of my most prized possessions.