8:32 AM on 02.08.2010 (server time)    0
Ah Valentine�s Day. Love, romance, intimacy.......or, if you live in the real world, depression, loneliness and isolation. True love, or as it�s also known The Greatest Lie Ever Told, has been portrayed in games many times, taunting us with their unattainable promises of devotion to one another and daring feats to protect the one you love. But we�re not here to talk about those games, we�re here to talk about the games that aren�t afraid to tell it like it is, the games that stand up and say �That�s not the way it happens!�, the games that rip out your still beating heart and step on it in five inch heels. Why write this you ask? Well I can tell you I�m certainly not bitter because someone broke up with me just before Valentine�s Day that�s for certain.....I don�t even care!

Besides it was either this or a blog about how I want spend Valentine�s Day eating heart shaped steak with Chie.

The PS2s golden couple might seem like a great pair on the surface, but dig a little deeper and you�ll find that this house of love was built on a foundation of lies. You see Tidus isn�t real, or he�s from the past, or the future, or he�s a dream, or a summon or something I�m not sure. Anyway the point is once the adventure is over and it�s time to settle down he disappears, because that�s what a real relationship is, someone sticking around till all the excitement is over and then leaving once shit gets real. Poor Yuna was left with all sorts of abandonment and self esteem issues, she started dressing in hot pants and fell in with a bad crowd, it�s a good thing they didn�t make a game of that because it would be terrible. 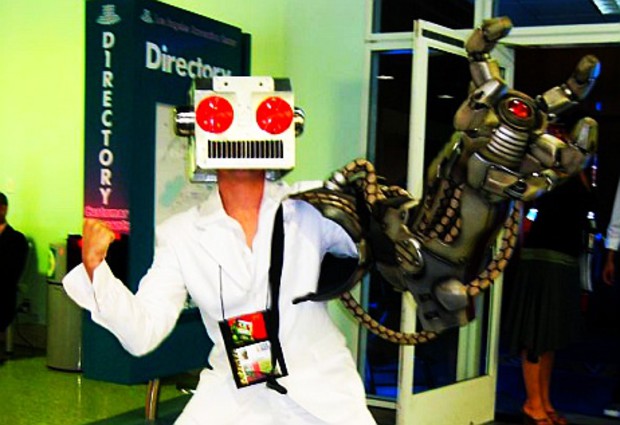 I heard she found someone new though!

So there you have it, some of the few games that aren�t afraid to face reality. So when you�re handing her jewellery or giving him aftershave just keep two things in mind.
#1 These games.
#2 Eventually your relationship will crash and burn until you�re left kneeling in the charred ashes of what was once your heart, burned down by the person you trusted most with it when you learn that they didn�t really care for you, they were just toying with your love like a kitten with a ball of wool, digging their claws into you until all you thought that was pure and innocent in this world becomes a rotten visage for all the pain and suffering you went through for their sick enjoyment.....................Happy Valentine�s Day!

P.S. Surprise! I wrote about Final Fantasy and Metal Gear again. I love those games but god damn they�re easy targets. Will this exciting and uncreative trend continue? Tune in next time to find out!
#Community
Login to vote this up!