I�m no prude, sex is a natural part of life and an unavoidable storytelling device, the thing is I don�t think gaming can handle it well, I don�t think that�s going to change in the foreseeable future, and I don�t really think that�s a problem either. Are sex scenes ever necessary in a game? Can you name one game, just one game, that has done a full on sex scene well, one game where it makes sense in context, adds something meaningful thematically or storywise and is handled tastefully? I can�t.

Heavy Rain was so desperate to seem grown up that it shoved in an unnecessary sex scene while the main character�s son was still in immediate danger. God of War�s Kratos is a on an unstoppable rampage of vengeance fuelled by pure hatred and rage, except when he breaks character to have sex, sex we have to QTE our way through in exchange for red orbs. I�ve only seen one game with sex scenes that are there to actually convey something to the player, The Ballad of Gay Tony, and the only thing those gratuitous scenes are there to say is �Luis definitely isn�t gay, guys� because Rockstar knew GTA�s core audience wouldn�t take kindly to that. 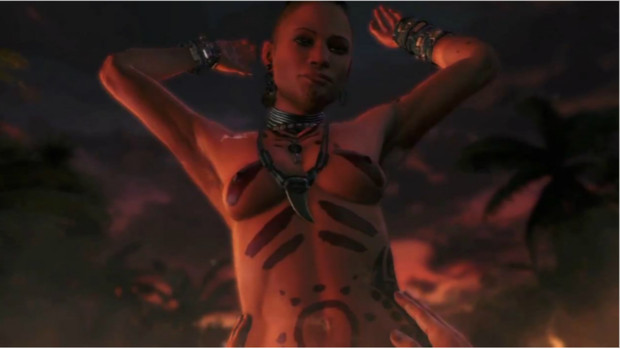 So for now, I think games just need to learn to fade to black.

And for the love of God don�t make it interactive because...no. Just, no.
Login to vote this up!