11:52 AM on 08.09.2011 (server time)    0
A rather specific topic for a list blog no? But it�s come to my attention that a certain type of woman repeatedly appears in games lately. Right alongside the women that only exist to be saved, the ones who are just walking plot devices, or the token woman who�s just there for the sake of being there. There�s now a new breed of female character pushing female empowerment forward just like the Pussycat Dolls did in all those songs where they acted like strippers. 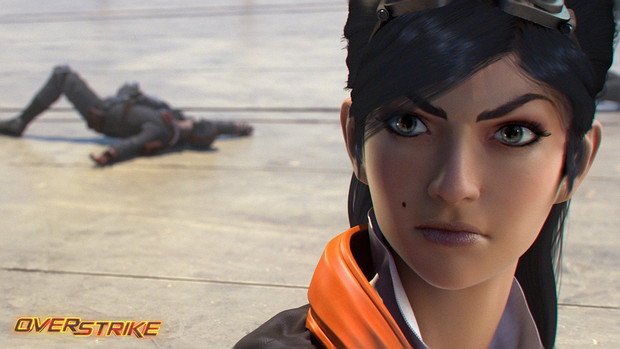 Overstrike is a recently announced four player co-op game from Insomniac. All we�ve had is a cinematic trailer so far and we know literally nothing about Naya Deveraux, except one thing, and if you can�t guess that by now I have serious concerns about your mental faculties. She probably has the smallest ass on the list but it�s still more��..shapely than most, she�s not gonna be wearing cargo pants is what I�m saying. She also has a beehive, which puts her in the ranks of such wonderful human beings as Amy Winehouse and Snooki and those evil women in the 50�s who had beehives. Hitler�s wife probably had one. Anyway since I can�t write another entry about a character I know nothing of I�ve decided to just fill the next paragraph with information about Crash Bandicoot. Most of you probably aren�t even reading this nonsense by this point anyway.

Crash Bandicoot, or simply Crash, is a video game character and the primary protagonist of the Crash Bandicoot series of video games. Introduced in the 1996 video game Crash Bandicoot, Crash is an Eastern Barred Bandicoot that was genetically enhanced by the series antagonist Doctor Neo Cortex and was soon banished from Cortex's castle for his perceived unworthiness. Throughout the series, Crash acts as the opposition against Cortex and his schemes for world domination. Crash has an extremely limited vocabulary, preferring to speak in unintelligible gibberish; the few English words he is capable of speaking include �Whoa!�, �Nina� and �pancakes�.


And there we have it. Gamings greatest slinky invisible women with huge asses.

EQUALITY ACHIEVED FOREVER!
Login to vote this up!