Our Slow Decent Into Madness (Part 1 of Only God Knows How Long This Will Take).

As most of you well know, Limo, me, and Prins are attempting to platinum Fallout 76 together. Attempt is the operative word. Either it we’ll complete it or we will die trying. Probably the later rather than the former.

If you are so inclined, feel free to watch us and take pity. Prins and I do stream the adventures, shenanigans, and other unfortunate run ins. I’ll try to remember to take screenshots of the action, but I’m no photographer, that’s my sister.

After downloading this…game… and booting it up, it jumps into a lovely character creation. After exhaustively pouring over every single detail of my character I finally set off into the wild wasteland. 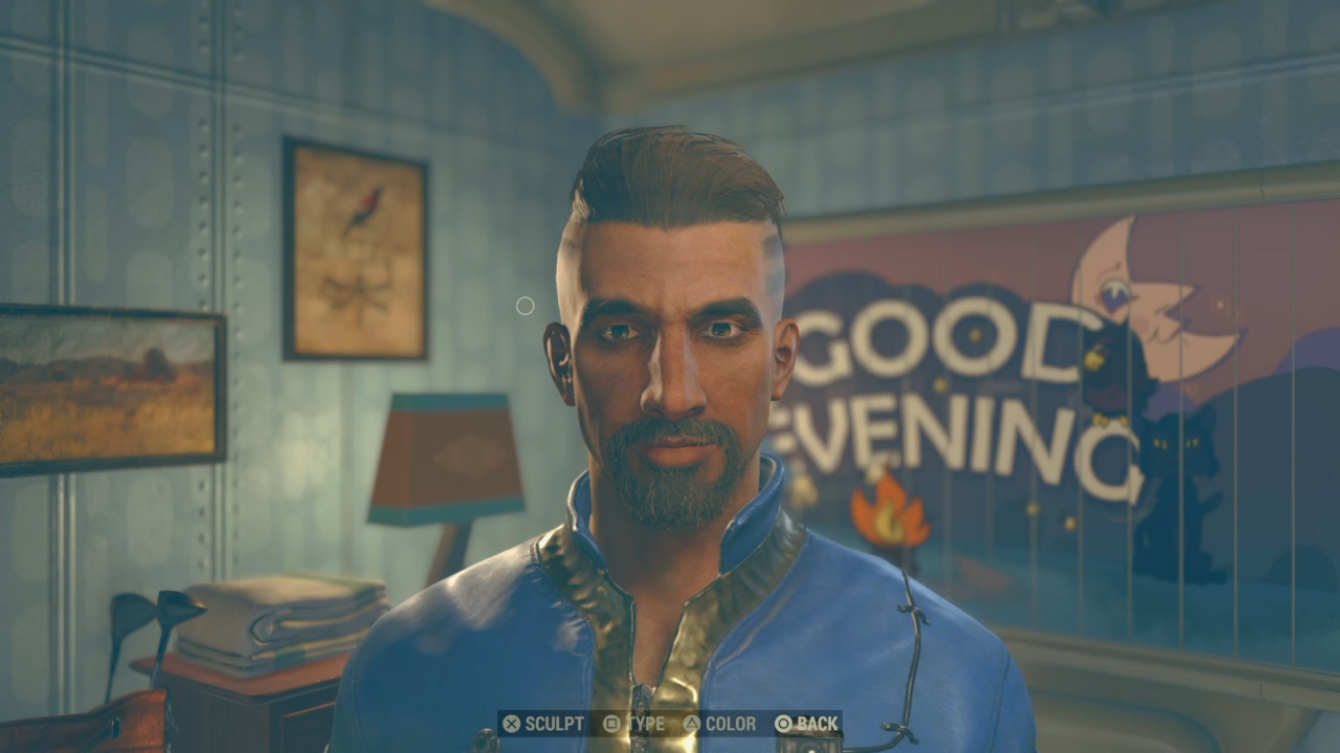 (Look how handsome my dude is. Those smoldering good looks. Look into his eyes and let him take you for a magical ride. Er ahem, back to the story…)

It's a little bit obtuse to join other player's worlds, but after fiddling with the controls we figure it out and we teleport to Prins’ world It's been well documented throughout Dtoid history that Limo has a history with video games hating him.  Interestingly enough the first person to have an issue was NOT Limo, it was Prins! She announced to us that she’s stuck in a loading screen. 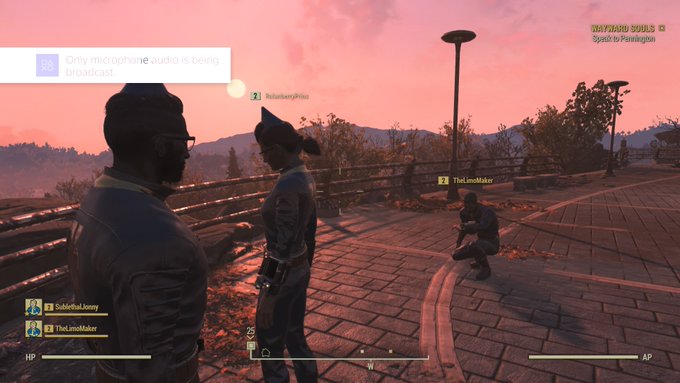 (Look at her blankly staring into the void, ignoring her friends.)

Poor Prins had to quit to reload into the game, and after several agonizing minutes of loading we’re finally all here!!!
With that, Limo and me promptly abandoned Prins to traipse through the wasteland. We even started our own band. 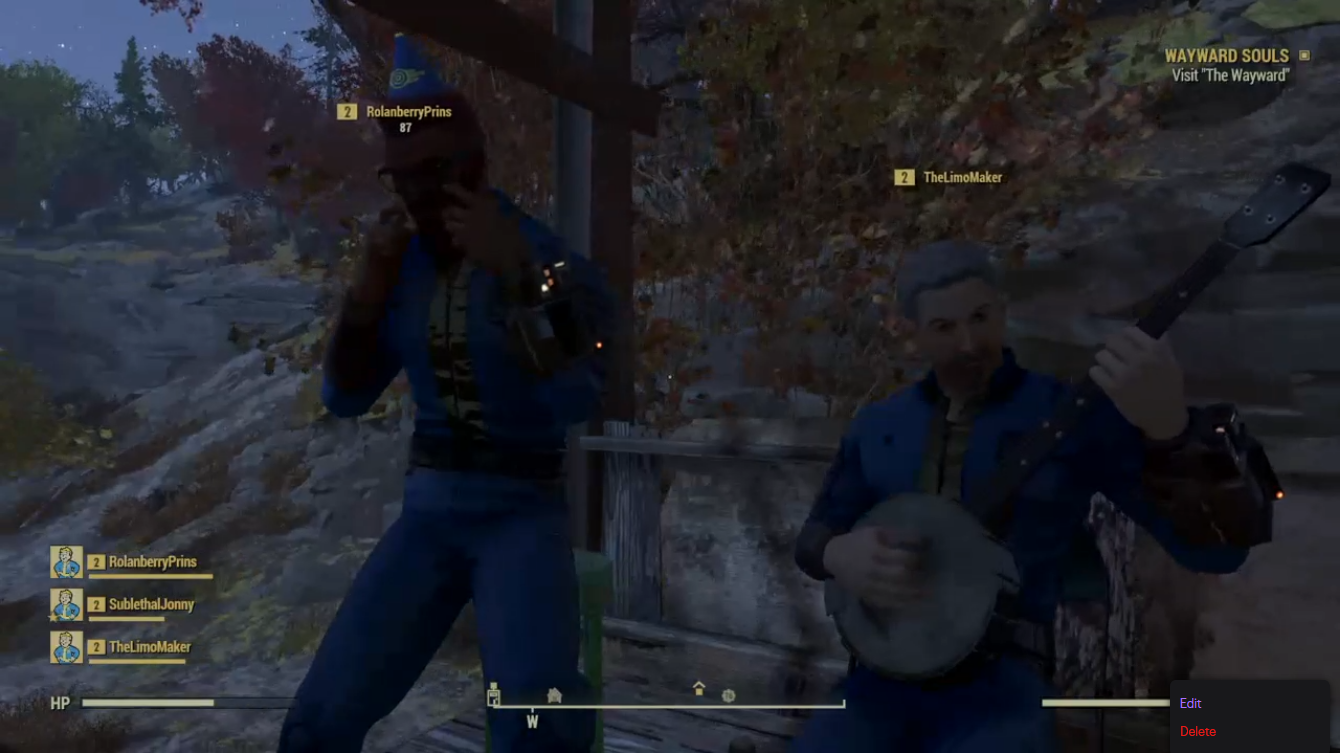 Fast forward an hour as we wander aimlessly around the wasteland, we run into our first other player! He’s a jolly chap and leaves us some items. It was our first actual interaction with another player. It definitely could have gone worse. He could have shot us, but didn't! 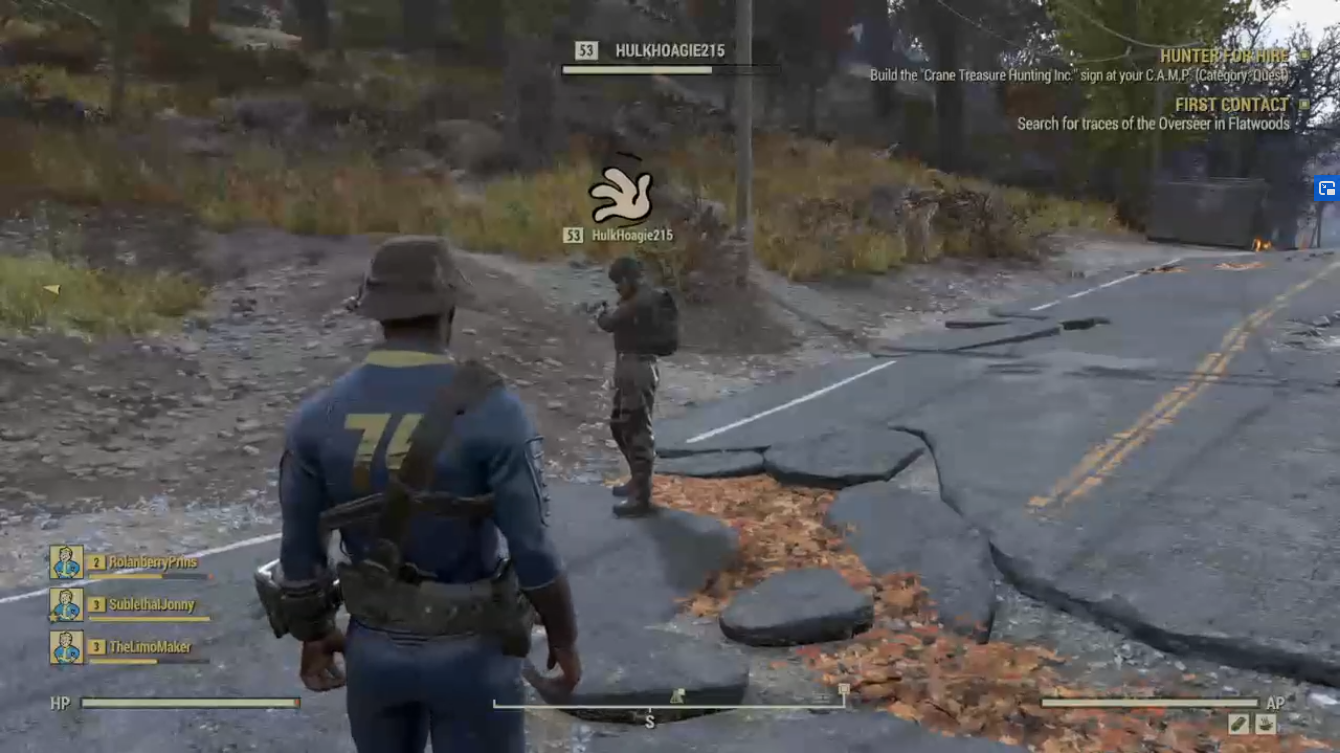 However, Limo was having none of his generosityand drives him off by brandishing his deadly pipe pistol. Those pipe pistols are deadly, dealing somewhere in the range of 20 some damage! As you can see Limo dressed in the fearsome garb of a new play-er the uh rare Fallout 76 Vault resident. 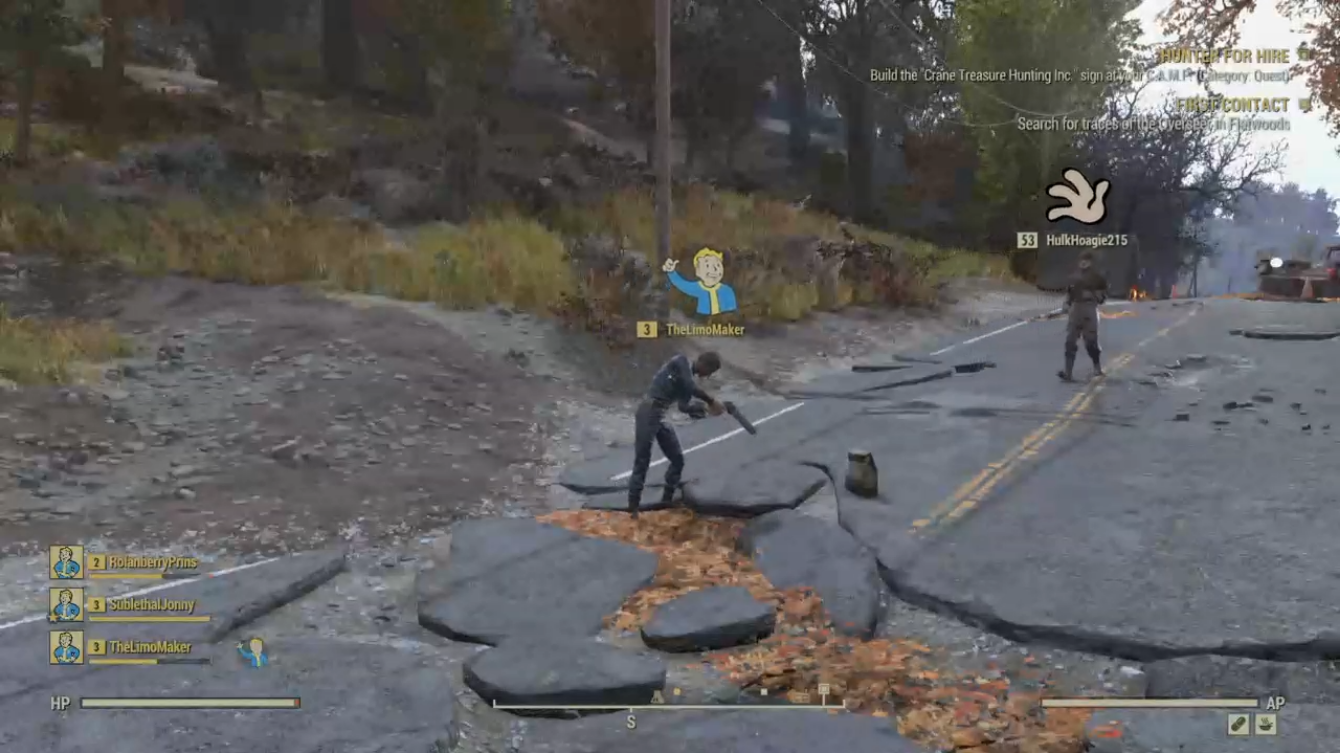 (He’s a menace! Limo claims he couldn't figure out the controls, and accidentally stuck his gun in our friendly neighborhood scavanger. Uh-huh. (jk, it really was an accident.))

Thankfully he was a good chap and didn’t brutally murder us. So off we go with Prins in tow and complete a few more mundane quests about surviving post apocalypse, something about crafting and purifying water. Stuff you don’t reeeeeeally need. Rads will keep me alive and Mutifrut Juice. 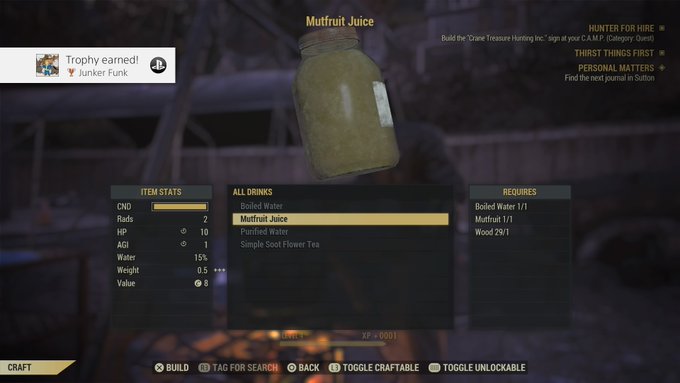 We came, we saw corpses, we looted said corpses, then broke and entered into those poor souls' houses to loot more. Did I feel guilty aoubt looting Pastor Brown's liquor cabinet? Absolutely not, he's not using his radioactively aged brandy! After a couple of hours slogging away at this game we were starting to get into a groove. It was almost...nice.

We exited a building we had just cleared that was full of “scorched," who are like gouls but not, then we traversed across a dilapidated runway we come across our first group event. This particular event has us fending off waves of the scorched for a vertibird resource drop. Why it had to be at this particular section of the runway is beyond me. As we bravely fought off wave after after wave, we're joined by this absolute unit: 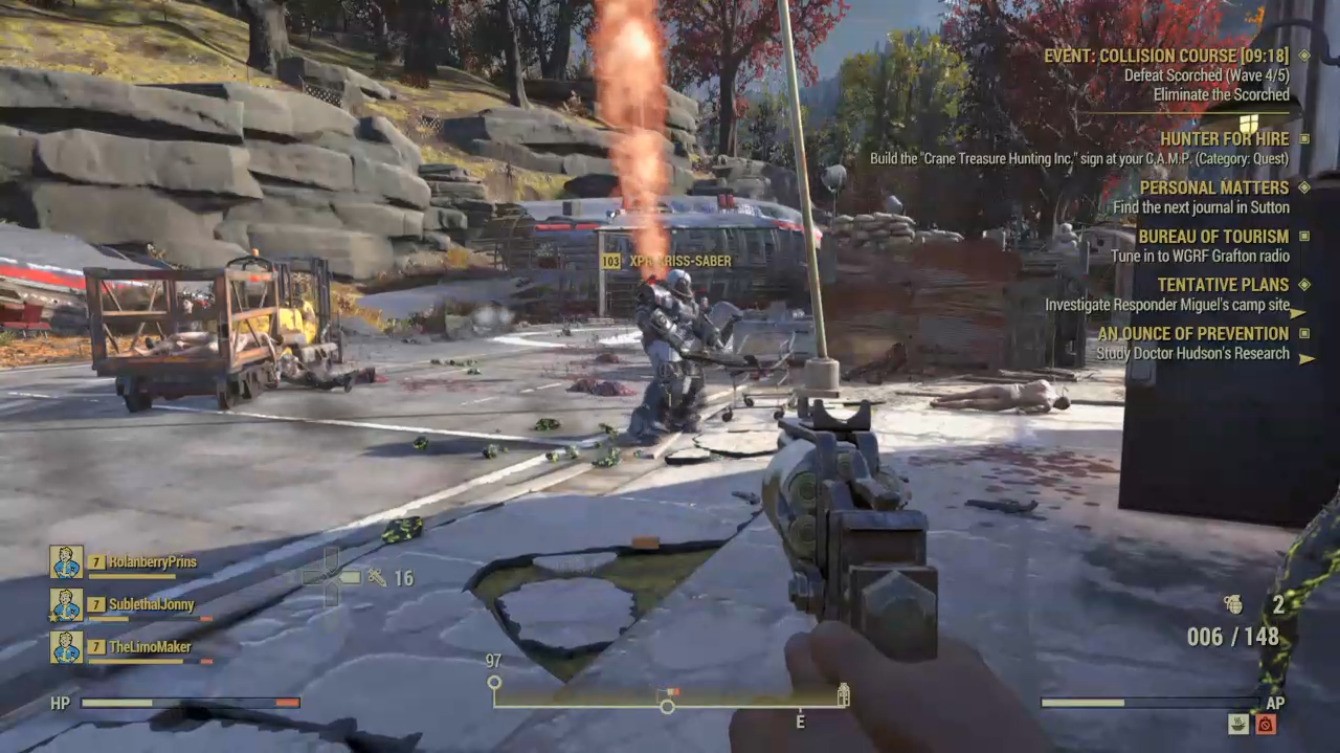 (Look at ‘em in his fancy smancy power armor.)

We EASILY defeat the not ghouls and totally didn’t Mr. Power Armor’s help. Most of the fight I was over encumbered, cause I might have forgotten about the weight limit in fallout games…
Anyways, after slogging through the fight we decided to call it a day there. Our sanity mostly intact, so far... To sum up 76 at this moment, it’s a bit glitchy and the guns are hit or miss (heh). At least it has great views: 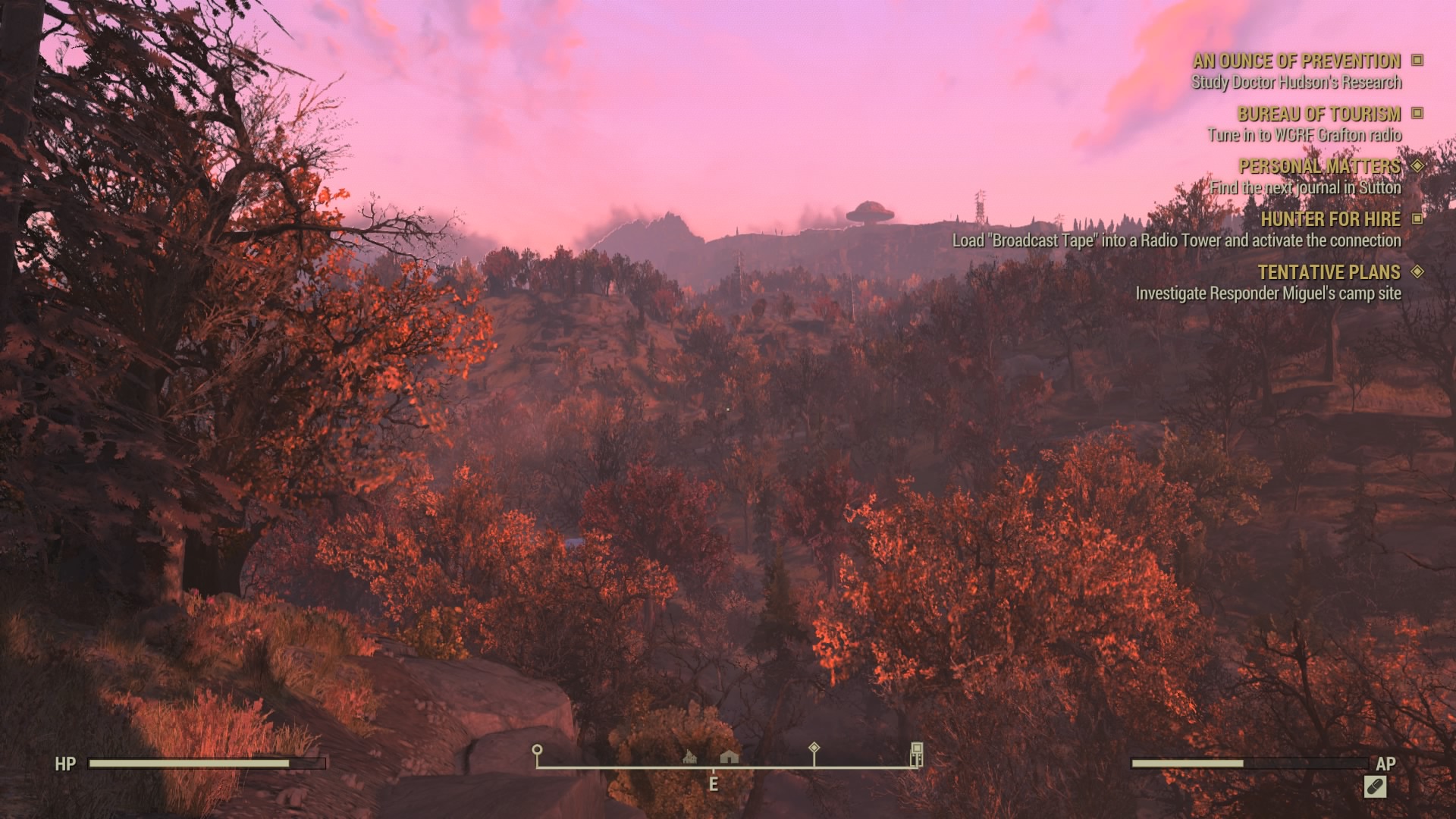 (Excuse the overload of quests, I hadn’t figured out how to turn them off yet.)

By this point we’ve got five or six trophies unlocked. Yes! Progress! We can do this! Tune in next time for another exciting installment of three friends descending into insanity! Will our friendship last? Will we kill each other for scrap to build the best camp there ever was?! Tune in neeeeext tiiiiiiiiime to find out!