10. I've put more hours into Tetris then any other game ever.
I don't know how many days, weeks, or months I've put into Tetris, but it's a unholy amount. I played one game of Tetris DS for over 2 weeks, before boredom set in and a score of 33,620,037 was reached. I own 3 Tetris DS games, one got stolen, one for the bathroom DS, and one for my main DS.

9. I draw, paint, ink, and other forms of being artsy. Right now I am currently painting some NES Pixel art from Little Nemo for my room in oils. I've also illustrated a couple children's books in my time on the earth.

8. I do a butt ton of impressions, Golum, Mario, Bush, Clinton, Wario, South Park characters, Homestar Runner characters, Micky Mouse, and on and on. They're all pretty good, and I won't do an impression if I don't think it's up to par... I also can't stand mediocre or poor impressions... They drive me crazy.

6. My favorite kind of snack food isn't available in the states.. Canada's "All dressed" potato chips. I love these effing things so much... Why won't Ruffles bring these to the States? WHY!?!

5. I listen to almost nothing but NPR and the Classical music channels in my car. My COD4 clan tag is NPR. I also call NPR "the NRP" because it makes me feel more pompous.

4. I once wondered into a game store where Capcom Vs. SNK was being played, I picked it up and proceeded to win for 2 hours straight.

3. When I was young, I never threw away any boxes, so I now have all my original game boxes for SNES and N64 games.

2. I work nights with no one else, I supply parts to a train maker, and it's too dangerous to do during the day, so I work nights when no one is there. At one point I went 8 months without seeing another coworker.

1. I dance ballet. Yeah, I'm around in shape hot females everyday, it's freakin' great.
#Community
Login to vote this up! 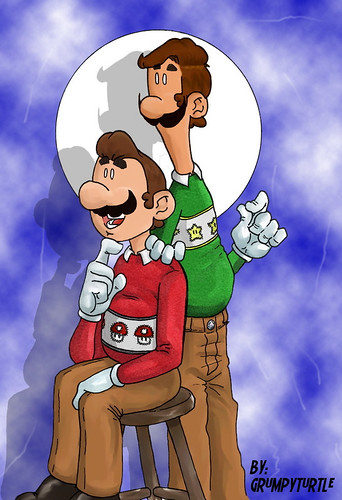 I play pretty much any kind of game aside from racing and sports game, though i do dabble in the racing world now and then.

Add me on Xbox live and lets play some effing games.

Oh, and I do some art too.. Past posts(and flickr) 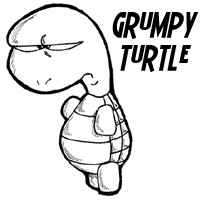