Here we go! Finally... My top 5 favourite games on the Wii console! The best of the best! The cream of the crop! The something of the something else not quite as good as the something but still amazing!

These are some fantastic games, guys. If you haven't played them, well... I recommend them! Extra strongly! These are my 10/10s, on the Dtoid scale. They're some of my very favourite games of all time. I love them so much!

Dramatic reveal time! Okay, it's not that dramatic, since three of them are listed in my sidebar, and the other two are just, obvious, since they haven't come up yet...


#5! The Legend of Zelda: Skyward Sword 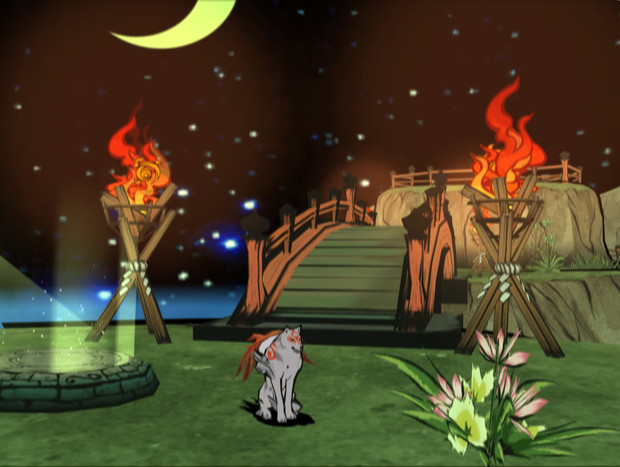 Heh, here's where I feel a bit guilty about my weird rule about ports on this list. It just seems wrong to have a PS2 port in the number one spot. But the Wii version is what I played, and it remains my favourite game on the system. If you have a problem with that (punk!), feel free to consider Little King's Story as taking its rightful title of 'Best Wii Game'. It's pretty much just as good, and in a way, it's kind of similar to Ōkami. I mean, they're both that very rare and special kind of game: They seem so very lovingly crafted, and, despite their being very niche and doomed to low sales and obscurity, everything about their production screams triple-A. They're both 50+ hours of pure gaming bliss. Furthermore, they both offer their unique takes on formulas from Nintendo franchises – Ōkami is to The Legend of Zelda what LKS is to Pikmin – and somehow outdo the Nintendo games. The Legend of Zelda is my favourite videogame series, and while it's a close call for me to select a preference between my favourite Zelda entry, The Wind Waker, and Ōkami, I tend to pick Ōkami.

The towns aren't quite as fun to explore, and it's not quite as voraciously fun as The Wind Waker, but in its own way, Ōkami is even more brilliant. Where to start? Okay, I suppose I'll start with the most immediately striking thing in the game: the visuals. I consider Ōkami the single most visually beautiful game ever made – it doesn't matter that it's decidedly last gen (although the upcoming HD version could look amazing) – the art direction is incredible. The cel-shaded visuals, the way trees and stuff are 2D, the way mountains are drawn into the background – at all points this game looks like a watercolour, or rather, a 'sumi-e' painting come to life. It's astonishing. And this traditional Japanese style of art is complemented by a traditional Japanese style of music, which is also fantastic.

The gameplay is all around fantastic. Being in or out of dungeons is less black-and-white than in the Zelda series – more organic – and on account of that I enjoy Ōkami's 'dungeons' more. The unique 'Celestial Brush' mechanic is a stroke (ugh) of genius. Every time you learn a new brush technique, there are tons of ways you can make use of it, and there are plenty of things you'll have encountered in the game world that you'll realise you couldn't do anything with until now. It's handled so well. The game is also massive, and when you think you've fought the final boss, you'll realise you've only explored one third of what this game has to offer. Brand new, beautiful and unique areas open up to you even many dozens of hours into the game, with brand new enemy types and everything. It doesn't run out of steam or grow repetitive. If you like the game, it's the gift that keeps on giving.

This is also a very funny game, full of memorable characters with tons of personality. And just as it can be light-hearted and silly, the game can also be epic and beautiful. It's just, all around, one of the best, most lovingly made games ever made. It's my favourite game on the Wii, and I've often considered it my favourite game of all time. I can't really recommend it more highly than that.

And with that I finally wrap up this ridiculous feature I got myself into! And so now, I'd love to hear from you (yes YOU). What do you think of my choices for best Wii games? What are some of your biggest favourites that I didn't include on the list? And have I by chance actually convinced anyone to play any of these games?