Bill Trinen Made Me His Whore and then Slut-Shamed Me 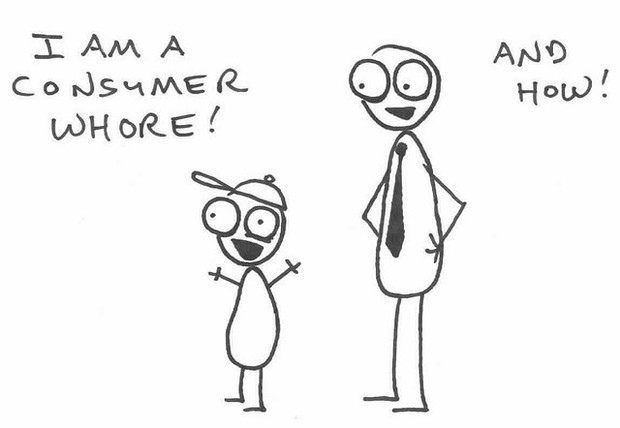 So I was watching Nintendo Direct this afternoon between classes. While many people were excited for the ‘New’ Nintendo 3DS release date announcement, I’d gotten pretty much over my interest in upgrading my original 3DS since the ‘New’ one was originally unveiled. What I mainly wanted to know was, when was the Majora’s Mask 3D release date going to be? You see, if there’s one thing I haven’t gotten and won’t get over, it’s my love of Majora’s Mask. And I needed to know if it was going to be released by April, so I could safely pre-order that limited edition with the Skull Kid figurine at my local EB games, and know I’d still be in town to pick it up. Now that I want; there is no game I am more emotionally attached to than Majora’s Mask, I consider it, arguably, the greatest game of all time.

Bill Trinen from the Nintendo Treehouse stepped onto the screen, and began to talk about Majora’s Mask. The release date. “Friday, February the 13th”, he said, his eyes growing darker. “Wait a minute, doesn’t that date sound familiar?” he continued, muffling a malevolent cackle. “Well it should! Because that’s the release date of the New 3DS!” As he broke out in a maniacal laughter, he reached into his pants and whipped out his Special Limited Majora’s Mask Edition of the New 3DS. 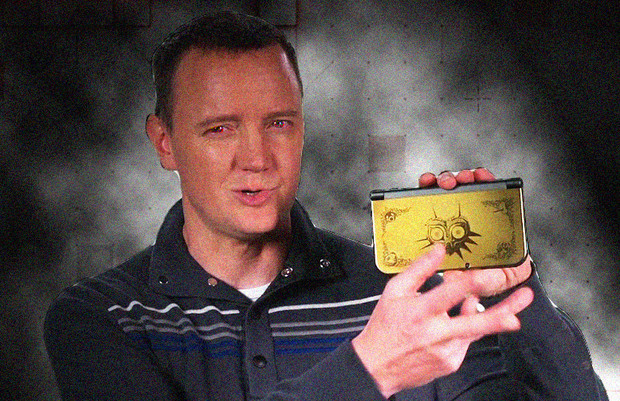 “YOU LIKE MAJORA’S MASK, DON’T YOU, YOU WHORE? So you’ll buy this fucking console you already own even though it’s $230 and doesn’t come with the game, BECAUSE I DREW SOME MAJORA'S MASK SHIT ON IT, and you’ll buy anything with Majora’s Mask on it, because you’re a little whore, ISN’T THAT RIGHT?!” “Yes sir”, I mumbled. “There’s added functionality too” he continued, “If you want to look at all of the things in Majora’s Mask from all of the angles we’ve programmed in now, you’re gonna need that c-stick! …You cunt.”

It was settled. I needed this New Majora’s Mask 3DS. I walked back to class, feeling kind of dirty and used, but counting down the hours until I could go to EB games. 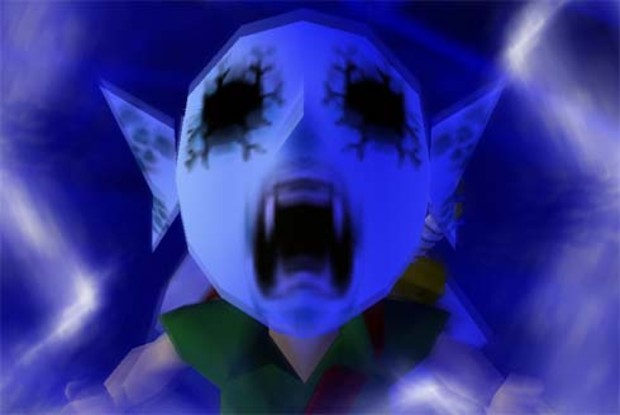 At 6:13pm I walked into EB, and told the teller I wanted to pre-order the Majora’s Mask 3DS and the Skull Kid collector’s edition of the game. At the mention of the Skull Kid figure, the teller laughed in my face a familiar laugh, and said, no, they’d run out of pre-orders for that ages ago. But he checked on the New 3DS, that had been announced hours earlier. “I’m afraid I just got an email, literally three minutes ago, at 6:10pm, saying I’m no longer allowed to sell any more pre-orders of the Majora’s Mask 3DS”.

The room became fuzzy. I felt disoriented. I looked back at the teller, and noticed his face had become unrecognizable, an amorphous blob. And he began to laugh some more. As I squinted, his face came into focus. It was Bill Trinen! “YOU LITTLE SLUT! You really would do anything I tell you? Well guess what”, he said, tearing at my clothes, “a cheap slut like you doesn’t deserve to have anything to do with Majora’s Mask. Your body disgusts me”, he screamed, standing up on the counter and whipping water balloons filled with pink paint at me, in convulsive hysterical laughter. 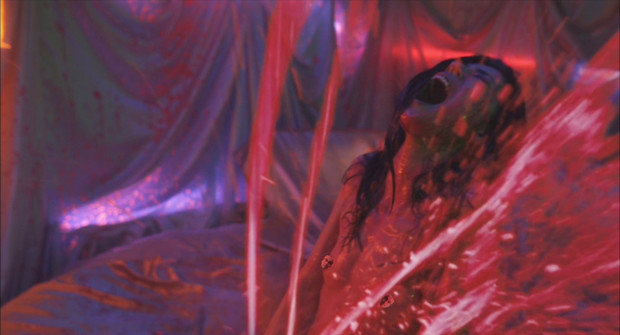 I pre-ordered some Amiibos and left quietly.