The Good And The Bad In Nintendo's Latest Direct

Did you guys see that Nintendo Direct yesterday? HOLY CRAP IT WAS.....pretty good actually. While most of the games that were shown off weren't enough to make me forgot that the new Zelda got delayed, overall a lot of the stuff they did show off made me excited for the rest of 2015, and we haven't even hit E3! That's not to say that the Direct was perfect, as there were games that were missing in action and some announcements that kind of threw me off. Then again, that's par for the course with Nintendo at this point, and I wouldn't have it any other way. And so, with the Direct still fresh in my mind, I thought I would go over the good (which there was a lot of) and the bad (which there was quite a bit of as well). This is is going to be a lot less formal, so no long paragraphs. This also doesn't cover all the news that was shown; these are just the things that stood out to me.

GOOD: Nintendo gives solid release dates for some of their games 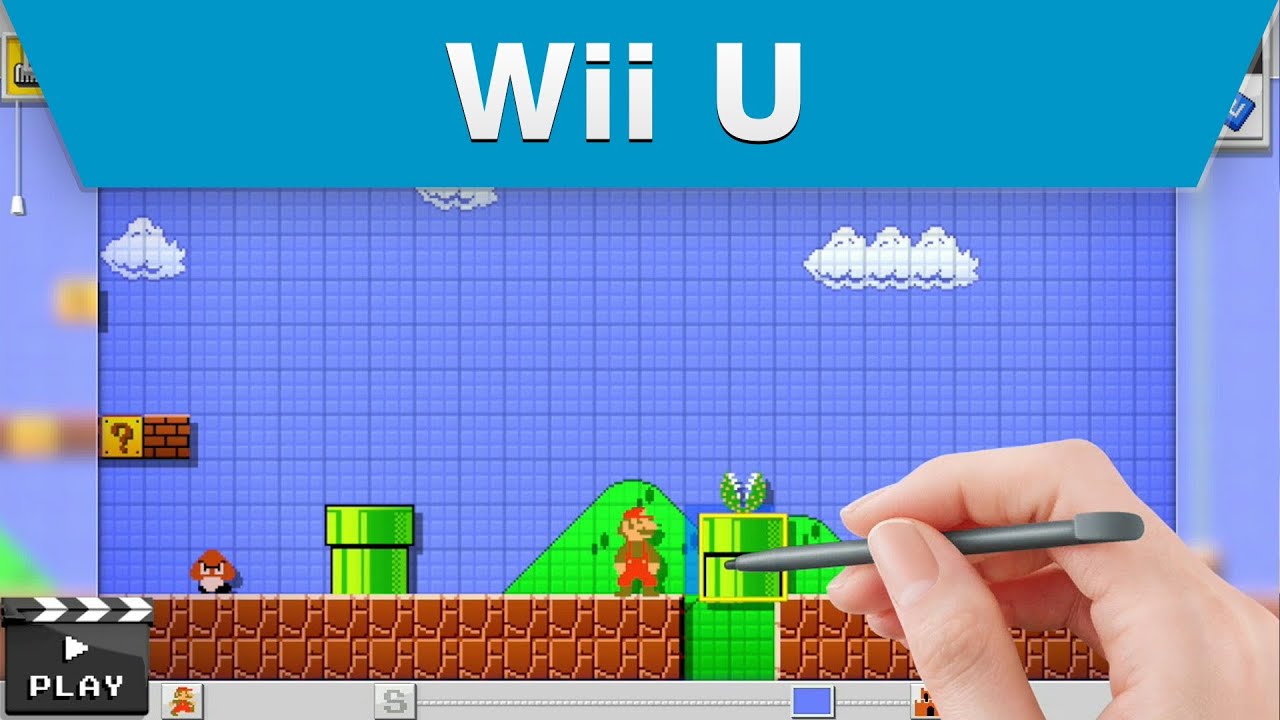 Let's start with the big ones first: we finally got solid release dates for some pretty big games; well big in that now that Zelda is delayed so they now have a chance to get in, but anyway! Mario Maker got a solid release of September (though no actually date), which is great for me since I'm actually looking forward to it and feel it doesn't get as much love as it deserves. They also announced that Yoshi's Woolly World would release in North America in Q3 of 2015, which while is still pretty vague (especially since Europe got an actual release date of June 26), but it's still better than a vague "TBA 2015". Now are either of these games enough to get people to buy a Wii U in 2015? Probably not, but they both look to be solid games in the Wii U library, with Mario Maker letting me make my own Mario levels (which I've always wanted to do as a kid), and Yoshi's Woolly World looks adorable. Speaking of Woolly World......

GOOD: Woolly World gets amiibo support, and it's adorable

Remember at E3 last year when Nintendo showed the video of Woolly World, and we all saw the producer holding a super cute Yarn Yoshi plushie, and everyone was like "I WANT ONE"? Well, it seems Nintendo heard us, as the game will have amiibo support...in the form of the adorable Yoshi plushies you see above you. I don't care if they only work for one game or if they're going to cost a lot....I need these in my life. Seriously, those things are so cute, I'm getting diabetes from how sweet they are.

GOOD: FATAL FRAME IS COMING TO THE WEST THIS YEAR

HELL FUCKING YES! After Nintendo dropped the ball hard on localizing Fatal Frame 4 (it was going to be localized in Europe, but got cancelled because reasons), the chances of us getting the new Fatal Frame outside of Japan were pretty slim, if non-existent. Which is why the news that we're getting it this year is both exciting and surprising, and while we don't know much about it other than that we're getting it this year, I imagine we'll hear more at E3 this year. Which as someone who preferred the Fatal Frame series over other survival horror games, is good enough for me.

Oh and there was also something about an Attack on Titan game getting localized, but who cares? Pokemon Snap with ghosts is coming out this year! So we all knew that Mewtwo was coming to the game soon, but we didn't realize how soon; April 28th to be specific. This would be pretty cool in and of itself, but it seems that Nintendo wasn't done with DLC, as right after announcing Mewtwo, they also announced some new costumes for the Mii Fighters to make them look like various characters such as Link, Dunban, X, Protoman, and a cat; because why not? But the biggest DLC news was that a second playable character was coming; Brawl veteran Lucas would be coming back sometime in June.

Now while some people kind of bemoaned this news when it was announced (I myself even wrote a piece against this last year), I'm actually pretty excited to see Lucas come back, for two reasons. First, he was my main in Brawl, so any chance to kick ass as him in HD is always welcome in my book, and second because Nintendo also announced that they were setting up a ballet to let players nominate characters they want to see as DLC in the future, so for the three of you who still think Ridely should be playable, now's your chance! Or you can be cool like me and stuff the ballot with Bayonetta or Geno. Or you can be lame and stupid like Kotaku and nominate Goku.....no, I am not making that up.

....And it looked nothing like I thought it would. That's not a bad thing mind you, since it looks super awesome, but man I was way off. From the looks of this trailer, it seems to take elements of not just SMT & FE, but also a little bit of Persona, as it comes off as a bit more bright and colorful and less satanic cyberpunk. I know there are people who aren't fans of this, and while I do agree that I would have loved to have seen a much darker game, for what Atlus, Nintendo, and Intelligence Systems had to work with in trying to take two completely different franchises and making them work as one, this is actually a pretty cool effort. It's obviously still too early to tell whether the game is going to be good or not, but based on this trailer, it definitely has my curiosity, and I hope if it's well enough it can be a series of it's own. Plus, if this doesn't pan out, there's still Fire Emblem: if and Persona 5.

That was the good stuff I liked form this latest Direct. It's not everything, but that's just the stuff I personally liked However, it wasn't perfect, and there were some announcments and parts of the Direct that I either really didn't like or were just confusing. Here are some that came to mind.

BAD: Nothing about the new Star Fox

Okay look, I know E3 is coming up soon (a few months to be exact), so I imagine that you don't want to play your hand when it comes to the new Star Fox game right now. But still, would it have killed you guys to show us a screenshot or an unblurry image, if for no other reason than to let us see how the game's progressing? I'm not saying tell us everything about the game, but give us something, you know? I admit this is a minor complaint, since like I said there were a lot of games that were shown off that I liked, but with the new Zelda getting pushed back and Xenoblade Chronicles X's release date in the West still an uncertainty, it would have been nice to see what is (for me anyway) one of the biggest games for the Wii U right now. Hopefully, we'll hear more at E3.

BAD: amiibo Tap is an app that let's you use amiibo....to unlock demos of Virtual Console games? 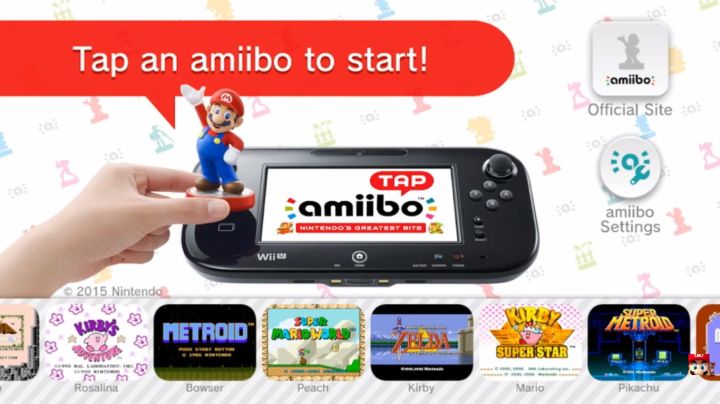 This is a weird one. For those of you who didn't see it, amiibo Tap is a new app for the Wii U that will let you use your amiibo....to unlock demos of certain games. And they're only a few minutes. And they're randomly generated. Why do it like this? Why can't I use my amiibo to get a free Virtual Console game or even get an exclusive minigame in Nes Remix 1 + 2? Are you worried that people would abuse the system and use their amiibo to get free games? This just seems mind boggling to me, and makes me wonder if Nintendo really thought this whole amiibo thing through.

On the plus side, at least Satoru Iwata made a Forrest Gump reference.

One of these days, I'm going to do a c-blog about my thoughts concerning amiibo. Short version, I like them and think they're cool, but the implementation of amiibo in certain games is lame. Mario Kart 8 is an example of this. Continuing what was started with Wave 1 of amiibo, you can scan certain amiibo into Mario Kart 8, you can get costumes.....for your Mii Racer. That kind of look lame. Yay. While I do like the Mega Man and Pac-Man ones, for the most part amiibo support for Mario Kart 8 seems like a wasted opportunity and it probably would have been better to just not have it all. I still love my amiibo and Mario Kart 8, but these are not two great tastes that go well together.

Yes Nintendo I get it: I can finally play one of the best JRPGs released in the last five years on the toilet. But you don't have to keep hammering that point everytime you have an event! This is made even more ironic considering that WE as gamers had to convince YOU that this game was awesome and deserved an international release. You can chalk this up as more of a personal thing and less of an actual complaint, but I really do feel that Nintendo has been pushing the 3DS version Xenoblade Chronicles a lot harder lately. It's a great game, mind you, but it's not exactly something that you should spend much time talking about it, let alone make a "new" trailer of it in your 48 minute presentation.

I admit a couple of these complaints come off as nitpicky, but that's mostly because I found myself overall liking this Nintendo Direct. Nothing shown here is going to make the wait for Zelda and Xenoblade Chronicles X that much easier, and if you don't own a Wii U or 3DS at this point, nothing will convince you otherwise. But at the same time, the games and announcments at least show that there are indeed games for the Wii U that you can play. Not only that, but this Direct did the impossible and made me even MORE excited for Nintendo's E3 presence than I already was.

So yeah Nintendo. Overall I liked this Direct and I can't for June to come.