[Dino in Gaming #2] Fly to New Heights: Meet the Pteranodon in ARK

Upon first setting eyes on the birds and other creatures of the sky, man has yearned to fly. Soaring through the air, high above the world, for thousands of years, humans could only watch as these graceful flyers sailed through the sky. In ARK: Survival Evolved, players are transported to a seemingly prehistoric land filled with dinosaurs and other creatures to fend for themselves, collecting, building, and surviving in an unforgiving and hostile land. If players brave the obstacles and use their cunning, they can fulfill man's everlasting dream by taming creatures and riding them into the skies. The first creature players can train for flight is the Pteranodon. 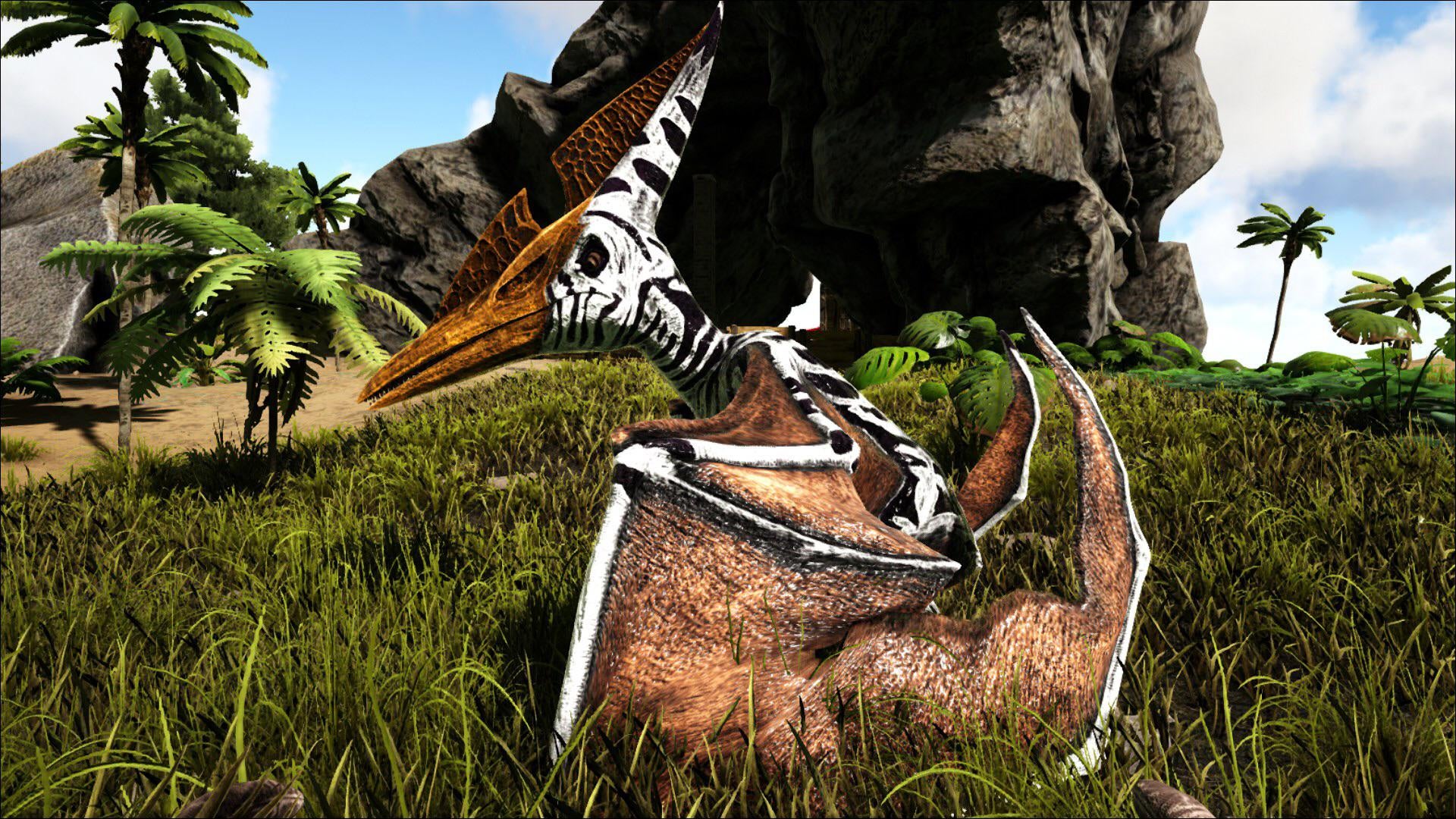 Pteranodons are one of the first dinosaurs you may encounter. However, due to lack of skills early in the game, the dinosaur remains elusive and unable to tame. Once better equipped, the creature is easily domesticated and becomes one of the more useful dinosaurs to have. Although they can be skittish, they are mostly passive and only hostile when their nests are threatened. It has poor stamina in comparison to its quick speed, however, needing to land repeatedly to regain some strength before taking off again. 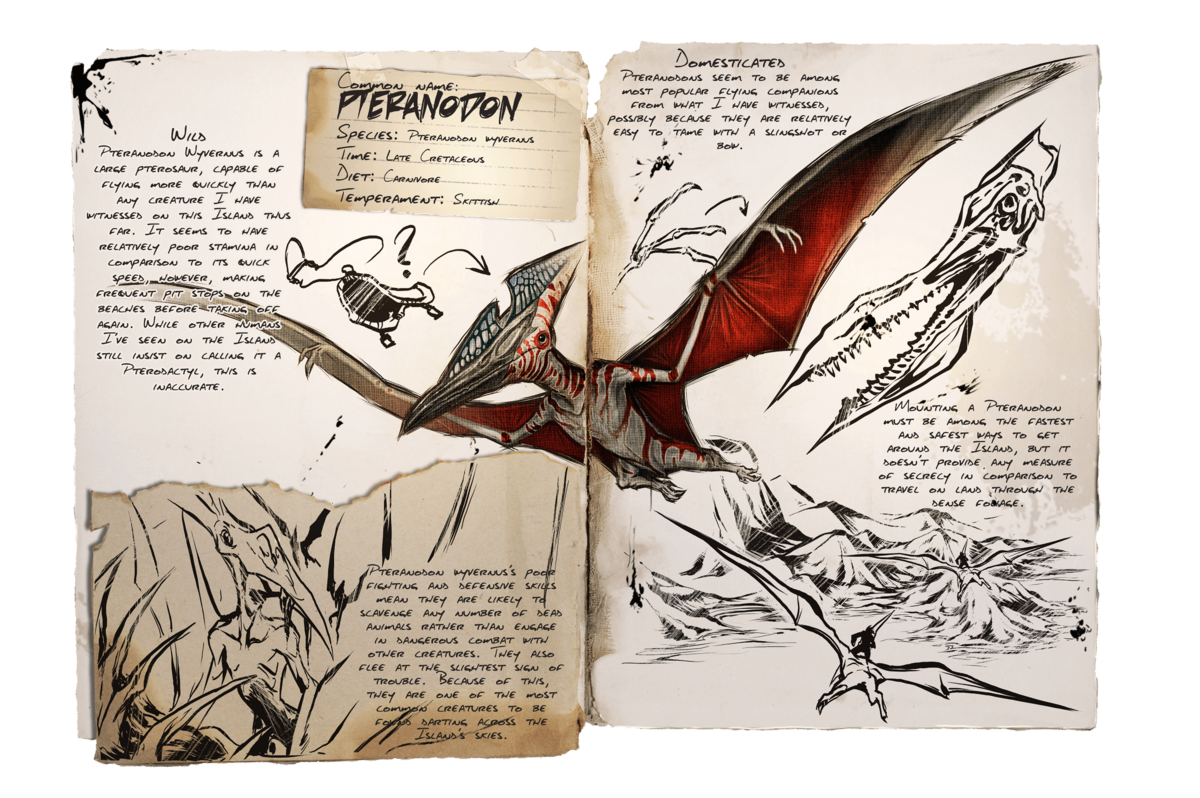 These dinosaurs will be useful in transporting resources and exploring your new home. They are not meant to fight so any hostile creatures in the area must be dealt with carefully. It can also carry small creatures in its claws making it even more vital to a successful tribe. Overall, Pteranodons are one of the most versatile and useful companions you can have. After taming the skies with the Pteranodon, survival becomes a bit easier. We will be covering more dinos in the future articles so stay tuned! 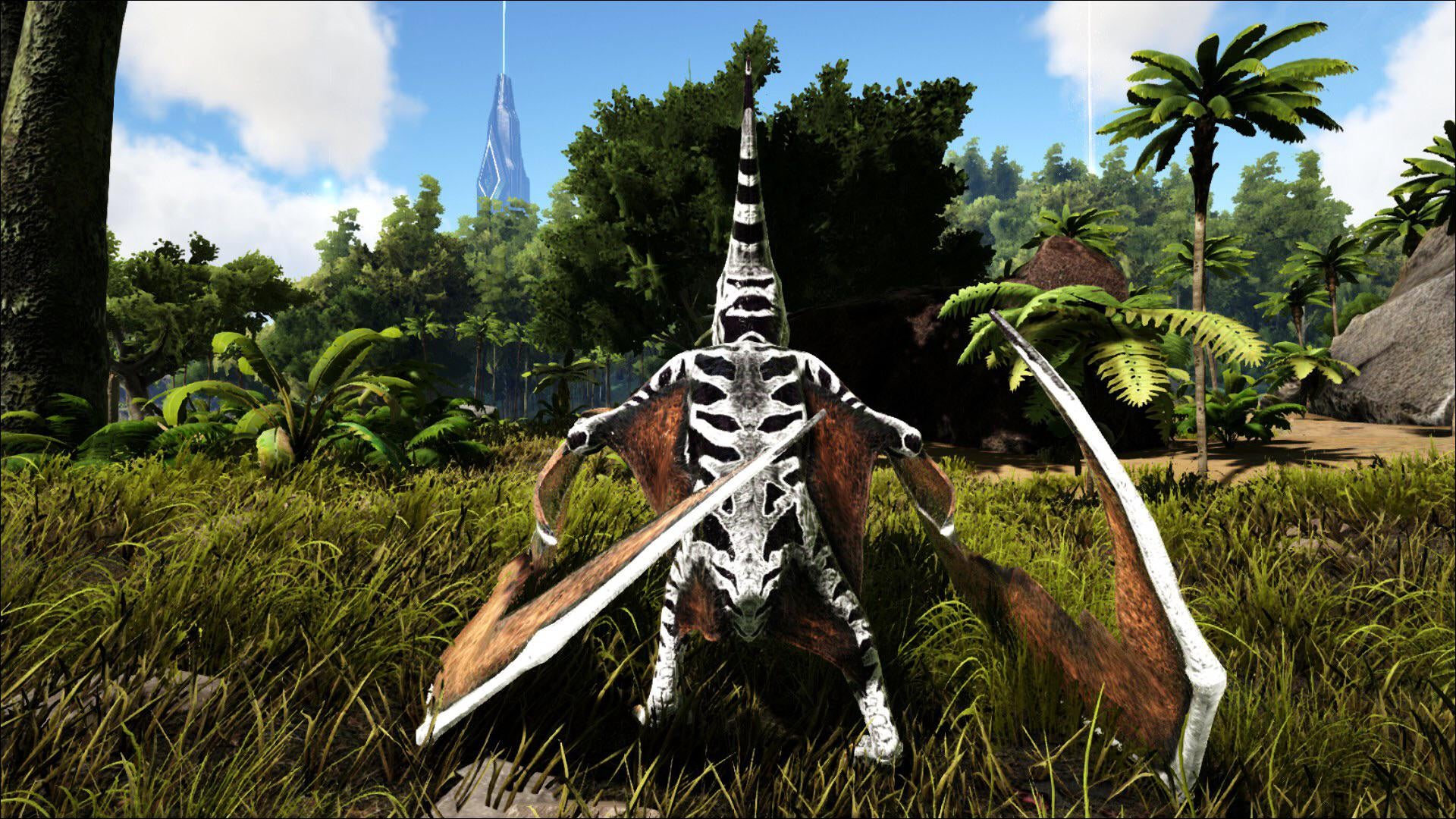 a beautiful Pteranodon tamed by ARK player (VHfeed on Reddit)