While I have not yet gotten around to writing a Witcher 3 review-its a daunting task indeed, but one that I might someday meet-I figure tackling the DLC will be a bit easier, and somewhat timely given the complete edition of that game just came out. So, heres my thoughts on the “Hearts of Stone” and “Blood and Wine” expansions. Perhaps this can lead into a Witcher 3 review, now that time has passed for me to mull on the main game. But anyway, onto my thoughts on the two DLC packs: 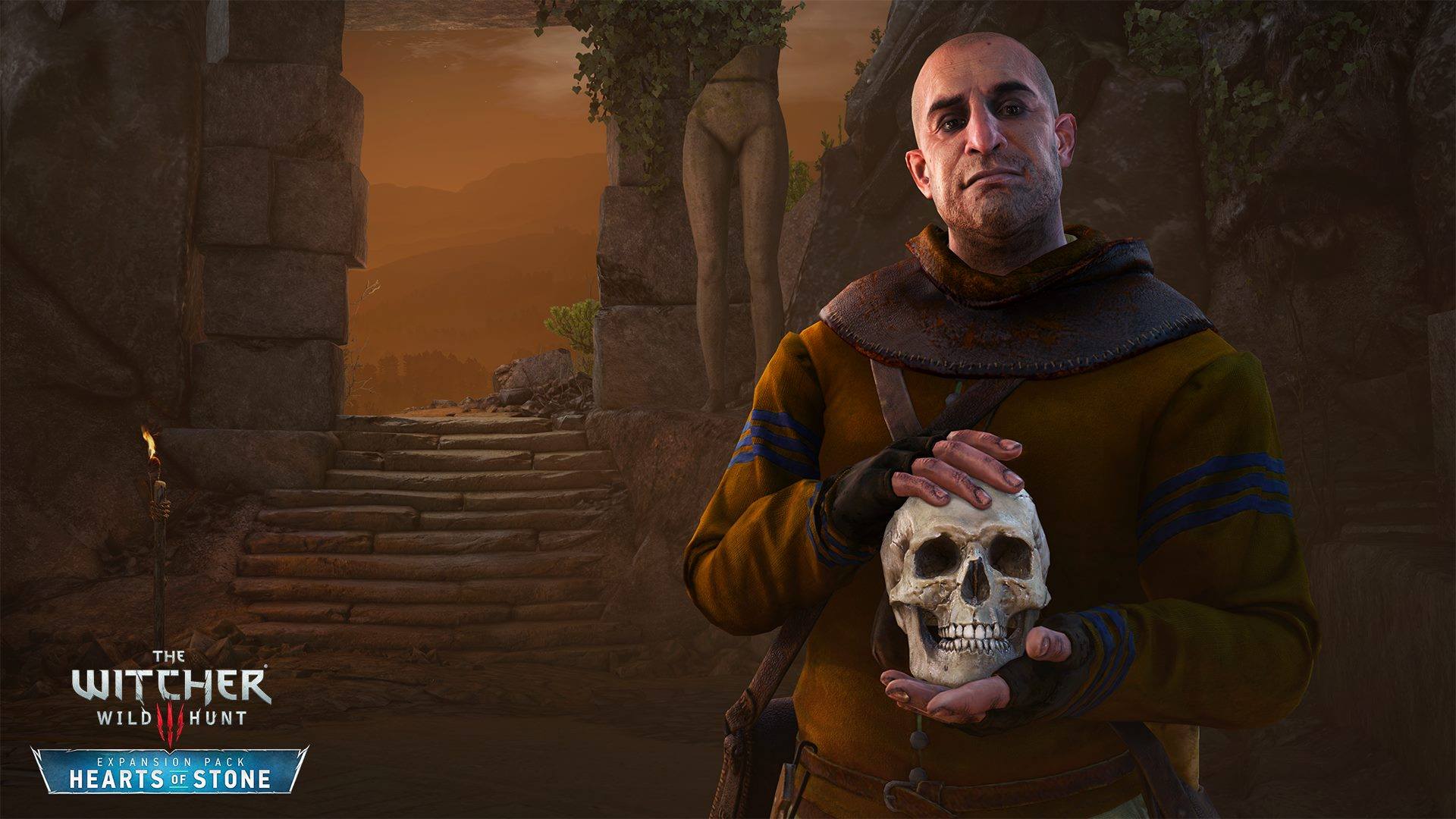 Hearts of Stone is the first DLC pack that came out for the Witcher 3, and it serves as an interesting counterpoint to Blood and Wine. While BaW is a huge sprawling new area with tons of sidequests and hours of gameplay, Hearts of Stone is a shorter more focused pack of DLC. It took me a few weeks to polish off BaW and its main story/side stuff, while HoS was burned through in a day, but as the old adage goes “quality over quantity”. Basically Hearts of Stone begins by accepting a contract from a man named Olgeird, to go kill a monster and such. Normal fare for a witcher, though as you might guess things go a bit awry during the hunt. Its in this hunt that we get to one of the interesting aspects of HoS-good boss design. While I had problems with the boss initially due to how tough it was, I eventually figured out how to best it and managed to shake the rust off. Boss design in general is pretty good in this DLC-I felt each of the bosses was pretty tough, but once you figured out how to ply them you could get past them. Their visual design is pretty good too-I won’t spoil any of them, even if some trailers were all too happy to, but one of them was particularly disturbing-and I had seen the fucking thing before yet it still creeped me out. I do think it tends to throw a bit much at you in certain enemy situations, but overall I think the DLC is well put together on the combat and enemy front.

The main event, so to speak, begins when things take a turn for the worse and you end up a prisoner on your way to Nazir-as far as I can tell this is the Witcher 3s version of the middle east. I like the addition of this element-it adds some interesting variety in their beliefs, dress and behaviors when you meet some of them in another part of the DLC and it helps flesh out the Witcher 3s world more. Anyway, all seems to be lost until a mysterious figure appears from nowhere-Gaunter O’ Dimm, who you met in the beginning of the Witcher 3 only to have him disappear after helping you find Yennefer. He offers you aid, and burns his mark into your face-eventually freeing you from the ship in a way you’ll find becomes typical of his behaviors. Eventually you have to make a deal with him to force Olgried from earlier to keep his end of a bargain, and you begin to realize that hes something more sinister than just some mage and Olgried more than just some bandit. From there you must complete tasks, and work your way through what is seemingly impossible while trying to deal with two dangerous individuals in a dangerous game.

The story is great-I was enthralled with what was going on, what tasks there were to be completed and how they were to be completed. I don’t want to spoil much-I can recommend this DLC without hesitation because the story is so well executed on all fronts. Theres lots of interesting scenarios, with the smaller tighter focus allowing for more unique situations and environments while the story twists and turns as you unravel things. Its a great story, and I think its probably some of the best story content in the witcher games.If I had one complaint its Shani, a character from Geralts past who is implied to have some feelings for Geralt and vice versa. Shes a good character, but the game keeps trying to force you to sex or relationship her constantly-and by this point, having picked one of the two romantic options I felt uncomfortable with that and some interactions the game forces you to do with her. You can stop it from going to sexing, but I feel that theres some stuff that doesn’t fit and really should have been easier to just say no thanks to. Other than that its a great time, and I think the quality on display is more than enough to justify the asking price.

Blood and Wine, on the other hand, exemplifies quantity over quality. This is not to say its not good DLC or worth the price, just to say that rather than being a mega polished gem its a pretty and somewhat shiny gem with dull spots. In this DLC, Geralt is invited by the ruler of the southern land of Touissant-which essentially is Italy, Spain and maybe a bit of France mixed together similar to the amalgamation that is Skellige-to hunt down a monster that has killed some people in horrible ways while laying them out in embarrassing or ironic poses hinting at a motive behind the murders. As the mystery unfurls, Geralt figures out that Toiussant is not only home to wine and super bright pretty colors-seriously, I love the color pallete here its warm and colorful-but also lots and lots of vampires. From his discoveries Geralt slowly uncovers…..a plot that is pretty by the numbers and went exactly where I expected to go at each point. Yeah, I have some issues here-I still like the DLC pack and the amount of content on display is damn impressive but after playing HoS the main quest and especially some of the boss fights left me high and dry. The final boss in particular is probably the worst one in the entire game-its main stage gives the boss an attack that is almost always a one hit kill even with quen and is incredibly difficult to dodge unless you get enough distance. It also flies and gives few opportunities to get in much attacking-had I not had the alternate form of Yrden this boss fight would have been even more unbearable and its really a black mark on the studios work. As for the plot itself, it feels like theres so much more interesting stuff they could have done with it, some twists and turns to take…but they never take them. I knew where things were going and nothing ever really caught me off guard except for one or two things. Its unfortunate, especially after HoS but its the price you perhaps pay for having such a large map with so much to do.

While the story and boss design is lacking, the rest of the game is full of content. There’s lots of interesting sidequests to follow, a new mutation system to make Geralt even more powerful, armor dyes to make you look fabulous and an entire huge new map to explore. Touissant has all sorts of fun stuff and sidequests, with interesting stories events and monsters to do battle with as well as master versions of Witcher Armor, though these are so expensive partwise that I still haven’t gotten around to crafting the final iteration of my Griffin armor. And finally one of the interesting parts of the expansion is that Geralt gets a vineyard-which I, being the loon I am, immediately upgraded to full capacity and decorated with weapons gear and armor as well as paintings and sculptures. I do wish it was more fleshed out-theres only so many upgrades you can get and there’s only one instance where you add someone to your staff which I feel was a wasted opportunity. The vineyard also can’t bring in any money, which I feel is a bit of a misstep but it just ties into the lack of a ton of fleshing out. Still it is neat to get bonuses for sleeping there and its interesting to see Geralt react to and deal with having a home-this DLC is very much a farewell to Geralt and aims to leave him on a high note-fitting for a character they clearly like so much.

And thats my opinions on the DLC and what not. Despite my issues, I would still recommend both packs-theres plenty of fun to be had with both and both are worth the time to see what they do with a little more freedom in their DLC. I would also recommend watching these two videos by SuperBunnyHop-they have spoilers so I would wait till after you play, but both are rather enlightening on the DLC and stuff going on under the surface so you should give em a watch.

Originally posted on a website I write for, for funsies.