REview of REMake: A horror classic Resident Evil is a long and storied franchise in the Capcom line-up, which Capcom has been doing its damndest in recent years to make into a big action franchise despite the fact it was originally a horror series. And while RE4 was more of an action game, RE5 and RE6 have seen diminishing returns in terms of reception and for 6, sales. Now to give some context, I have played RE5, RE4, REmake, and in that order so let it not be said that I have any preexisting bias towards the series and these opinions are derived from the games themselves.  I want to contextualize my thoughts on the matter to give you an idea of where I stand here, and what I think of the games as a whole so you can better understand my opinions on REmake and how they might align with yours. 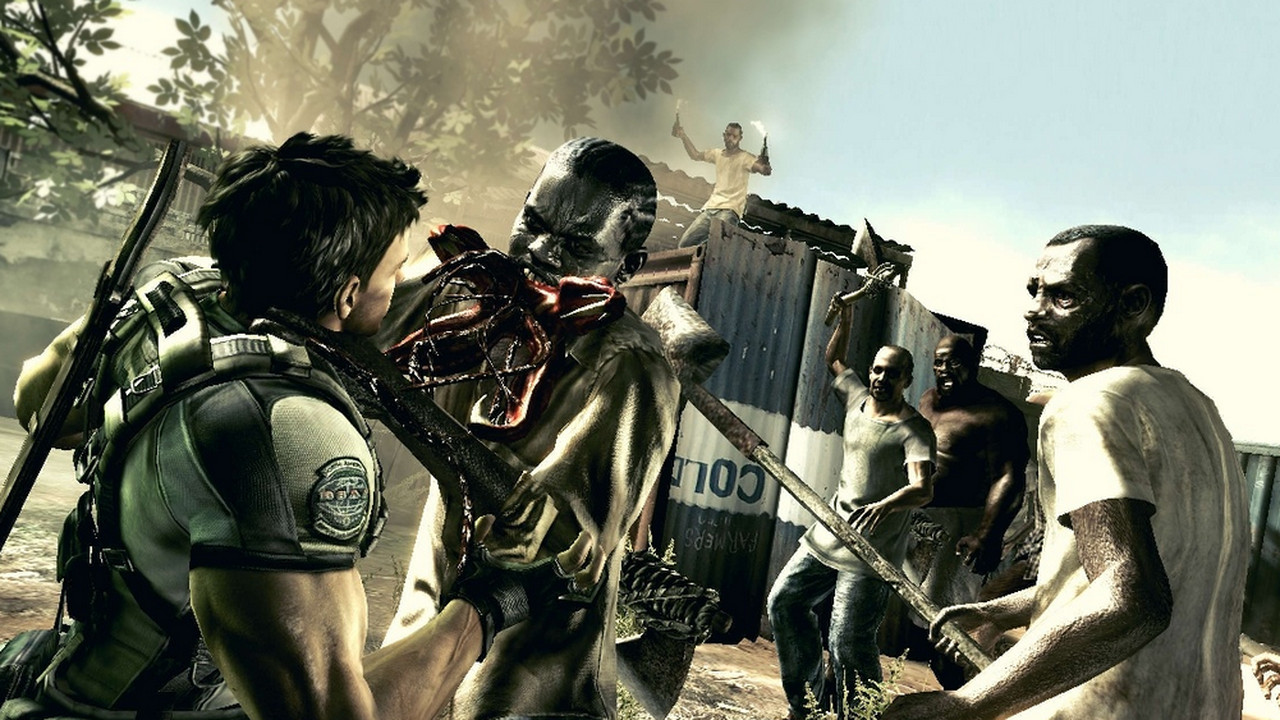 RE5 is not a terrible game, but personally I found it to be somewhat dull-I had fun with it and there are some fun concepts at play, but overall it’s kind of just an ok game. It’s not a horror game really, just a shooter game with fucked up enemies and monsters-passable, with a ludicrous story that goes completely batshit insane at the end. 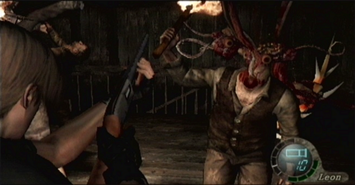 RE4 is a good game that I found pretty enjoyable-the story is stupid, but it knows it’s stupid and it rolls with the schlock. It’s a silly romp filled with some fucked up imagery, and it’s pretty much an action game as well-but unlike 5, which liberally borrows elements and even ideas from this game here or there its one that stays consistently fun and doesn’t get super tangled in the main games stories-as well as having a protagonist who isn’t as boring as Chris or Jill, the most standard action game characters I can imagine. 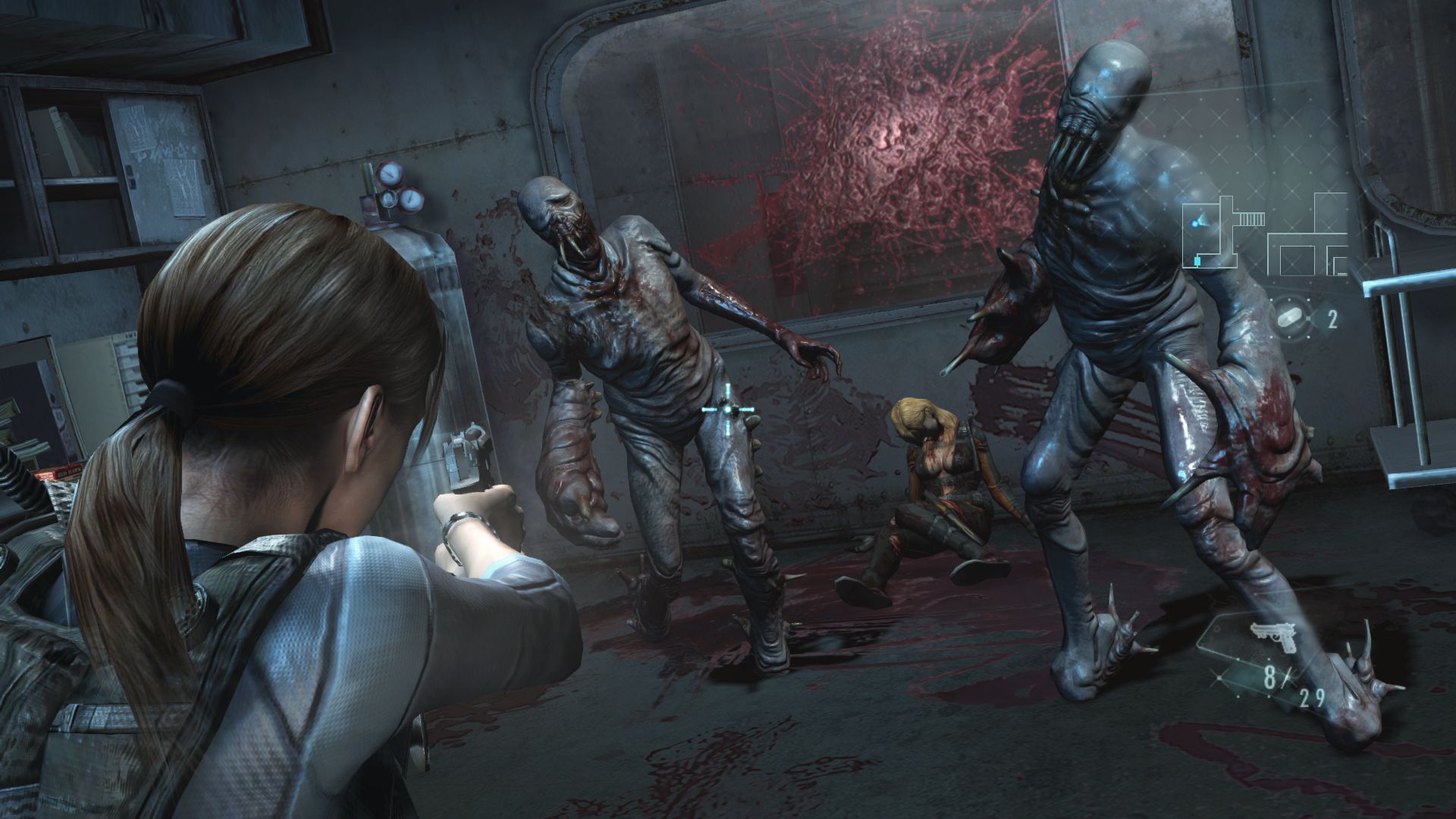 RE:Revelations is not better than 4, but its far better than 5-I find the BSAA stuff kind of dumb and I found Chris and Jill to be really, really boring compared to the new characters but the visuals and monsters are fun, and its impressive how much they squeezed onto a 3DS game-it plays well, keeps things tense when you’re in the more “horror” section of the game as opposed to the “action” parts and it does some similar things to RE5 but far better IMO. It’s a good time and I may give full thoughts later.

So, overall two out of three games are generally good or at least fun-I haven’t played RE6 but from what I’ve heard and seen it doesn’t look like it’s a good time. So why do people get upset at where the series has come, and what Capcom has been doing with it? REmake. Or more specifically, resident evil 1’s remaster of a GameCube remake of the original. This game is hands down one of the best games I’ve ever played and it’s a damn fine horror game that kept me on my toes throughout the entire experience. Of all the games listed here it’s the best of the lot, and I am interested to see how the other earlier games have held up if this is the quality that can be achieved with this series. Let’s dive into that, and explain why I think this is the best of the series and a condemnation of the route the game took later down the line despite the successes found there.

The gameplay of REmake is at first obtuse, and at later points obtuse-but it all serves a point and I think this is an example of bad controls being a good thing. The inventory system limits how many items you can carry, forcing you to ration your supplies carefully and possibly keep a slot open to ensure items you pick up can be collected and stored later. It also forces you to repeatedly travel through the mansion, learning how to make your way through the mansion most efficiently while avoiding zombies that you might have avoided killing to prevent crimson heads later or having too little ammunition when you need it. There are also puzzles to solve, items to figure out and ongoing tasks that force you to keep what you’re carrying in mind. 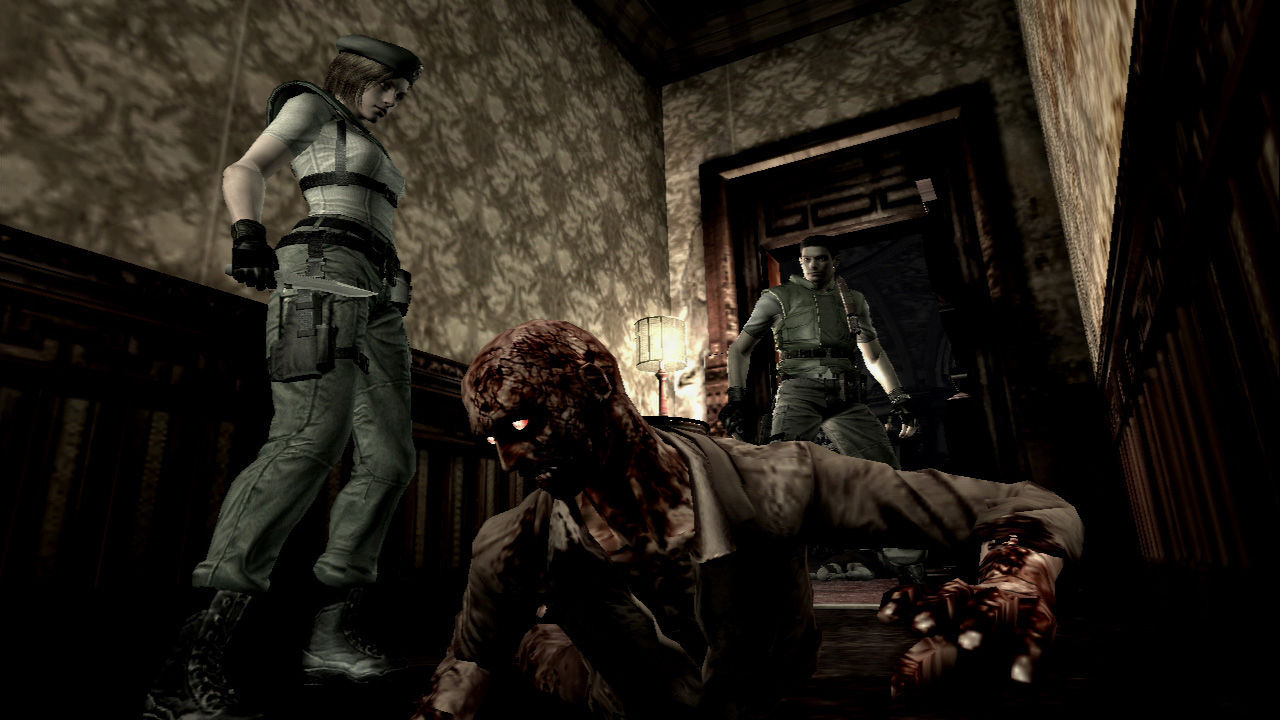 The gunplay is inaccurate-aiming is difficult to nail down super well forcing constant repositioning and adjustment. It makes every battle tenser, due to the lack of control a player has-which fits to the point of horror in my opinion-as you awkwardly move around and rotate to keep some distance while getting a good bead. It keeps even minor battles tense, and if other enemies are around forces you to keep things even more under control or get hit and take a decent amount of damage. It may seem odd to argue for worse controls, but the point is not to be in control in these games-Dead Space makes a mistake horror wise by giving the player such pinpoint accuracy that every encounter can easily be handled quickly and efficiently. 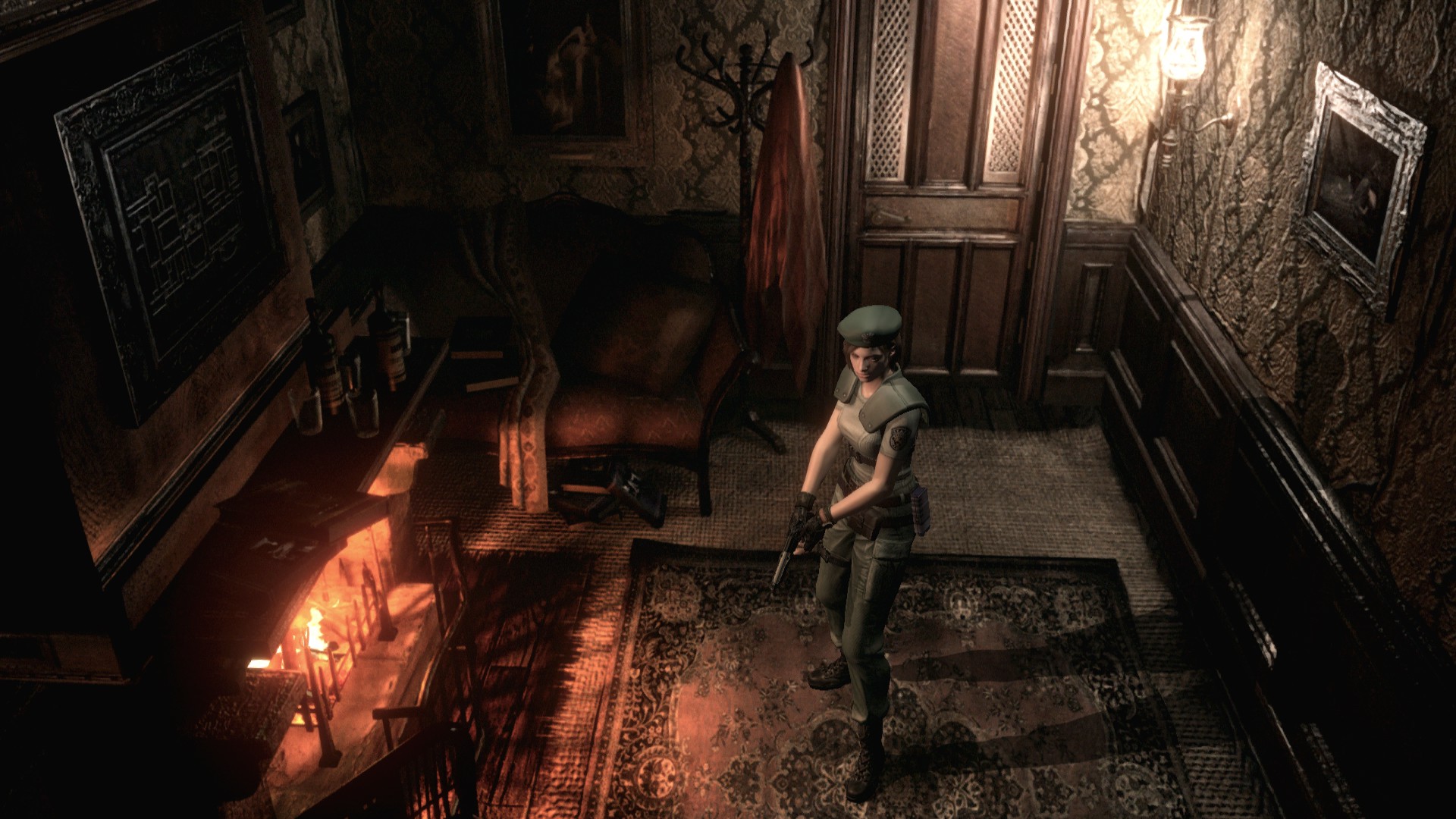 Graphically the game looks alright for the models-I find the design of everything to generally be appealing but the models and items could look better. The backgrounds are gorgeous though-the mansion itself looks really good and the aesthetic sense here makes it so much fun to explore more rooms in the mansion. The mansion feels bizarre and is laid out as if designed by an absolute madman-with secrets galore and odd traps littering the halls. However despite that the mansion feels homey and eventually you grow to like it in a way-there’s something beautiful about its set up and it’s a great example of level design and aesthetic design. 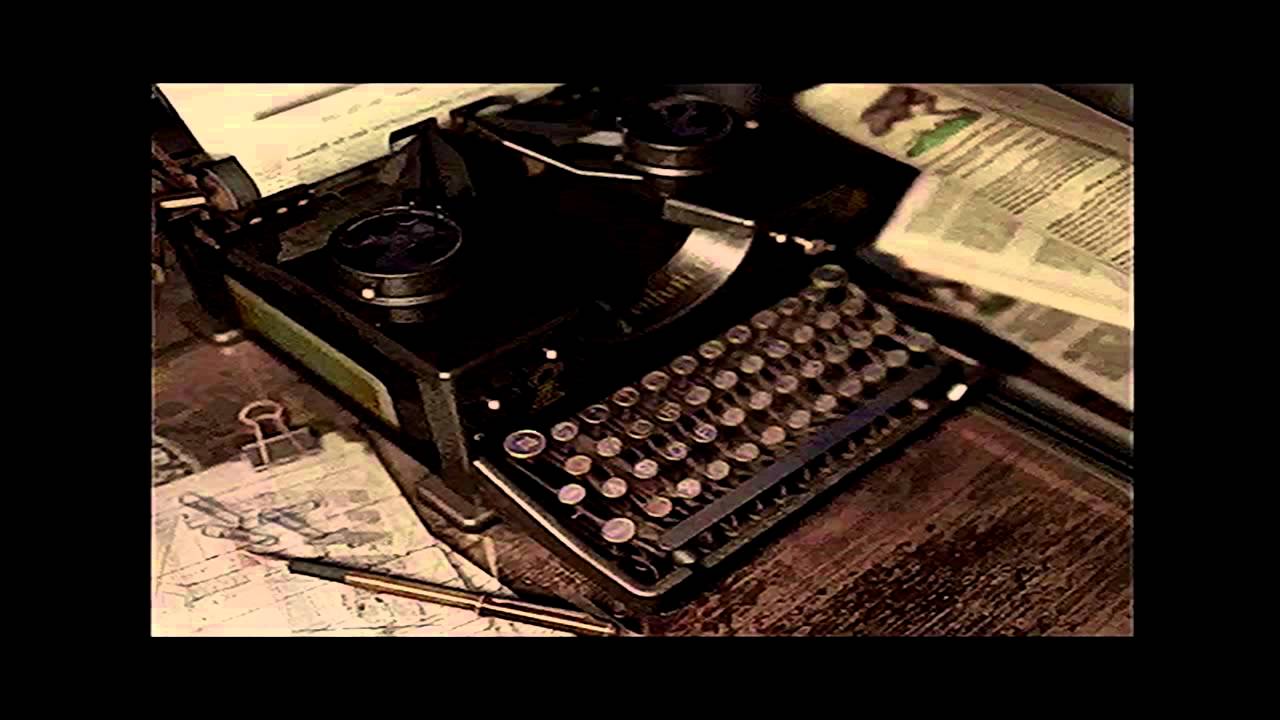 Due to limited save slots, saving is a commodity and you have to be careful to not use them up or risk repeating lots of content. It keeps things tenser as you try to not lose tons of progress and it incentivizes you to not die or face actual consequences. The ammo allotment, health allotment and save slots all serve a greater goal of making the game tense and helping the creepy atmosphere be all the more unnerving-especially as you make your way further into the mansion and find more horrifying foes.

The story allows you to pick between two characters-Jill or Chris. I picked Chris because I had seen a bit of the earlier game with Jill and wanted to buck the general trend. The general story is that bad shit is going down in Raccoon City involving cannibalism and other weird stuff, so you as a member of S.T.A.R.S. go around to do stuff or whatever. While doing so, you get attacked by zombie dogs and are forced to take refuge in a mansion with the surviving team members. Eventually you get split up from the group and are forced to explore the mansion and attempt to figure out what’s going on as a conspiracy unravels and monsters are about. The acting and line delivery is a bit hammy, but the story is interesting enough to unravel and it goes far enough to be interesting but never goes too over the top. Knowing what happens in the next couple of games takes a bit of the mystery away but overall it’s interesting to find out what’s going on and progress through the mansion. There’s some eerie stuff, creepy story bits, creepy flavor text and tragic characters that add some nice side flavor to the game. The set-up of the game is good excuse for the weird stuff that happens in it (even if as a microbiologist, I know how impossible it all is) and the enemy design, setup and presentation is on point. 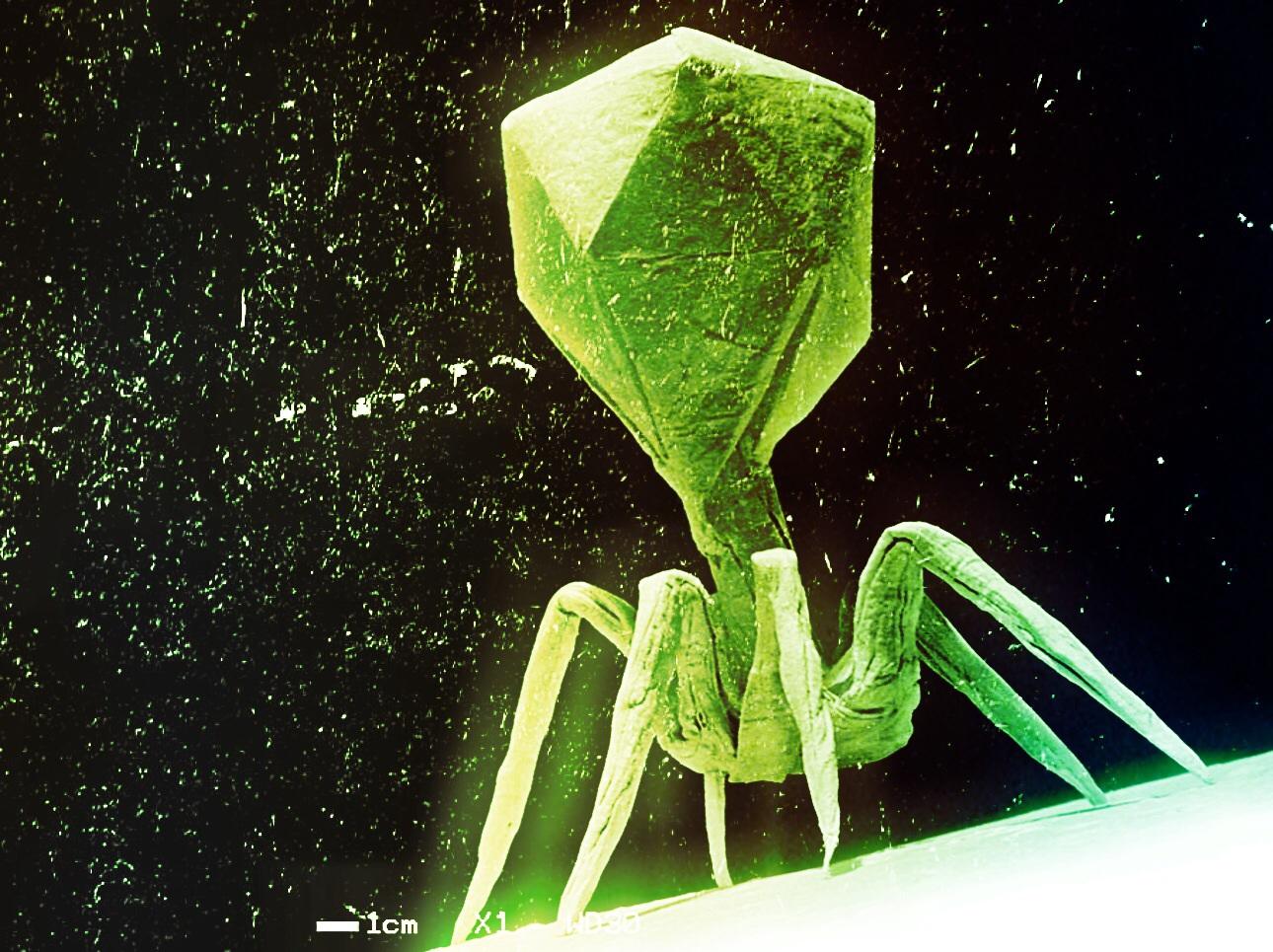 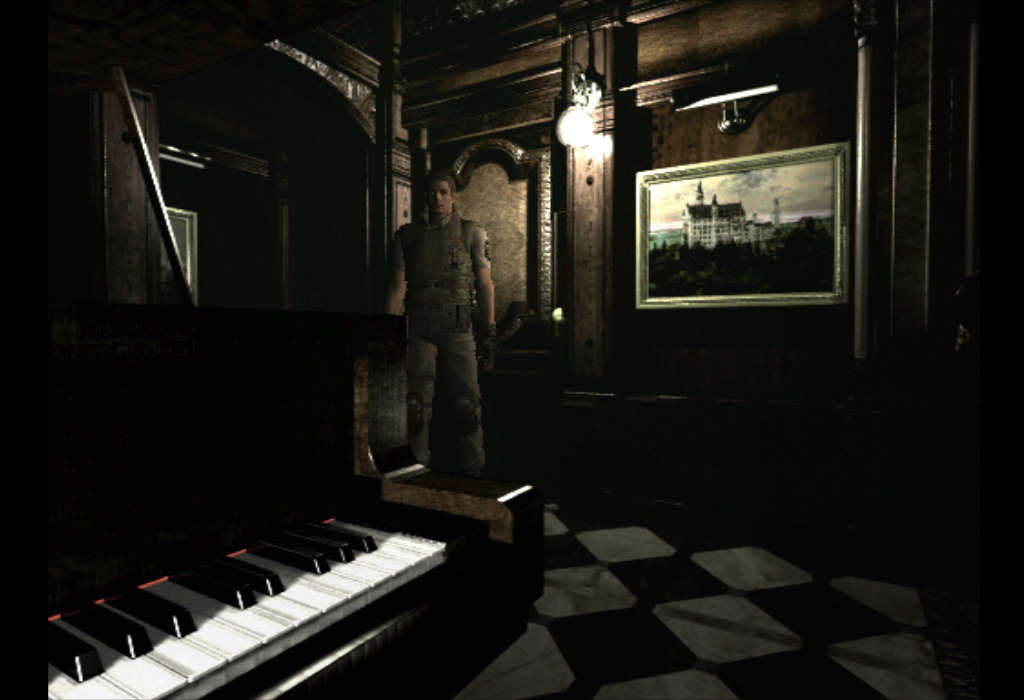 Personally I find this to be one of the most important aspects of any horror game that wants to be as creepy as possible. It’s not just appropriate music, it’s the sounds of enemies, ambient sound and creating an atmosphere of dread or relief where needed. REmake does this quite well-the music is good and conveys the tone it’s supposed to in pretty much all the rooms, even leading to more tension in rooms that might not present any current threat. The sounds of clomping through the different mansion floors are rich and creepy ambient sounds can be found in different areas, adding more nervousness to an already eerie situation. The enemy sounds are generally solid and help make enemies more intimidating or gross-the shuffling and moaning of the zombies is quite disconcerting.

Ultimately, I think this is probably one of the finest games I’ve ever played and it’s kind of hilariously tragic to see what Capcom has devolved the franchise into. This game has so much going for it, such great design and so many good choices that even RE4 pales in comparison to it in my estimation. It’s not perfect, but it’s such an enjoyable experience and it’s a really great horror game-and if you haven’t had a chance to try it yet then I highly recommend you do so.