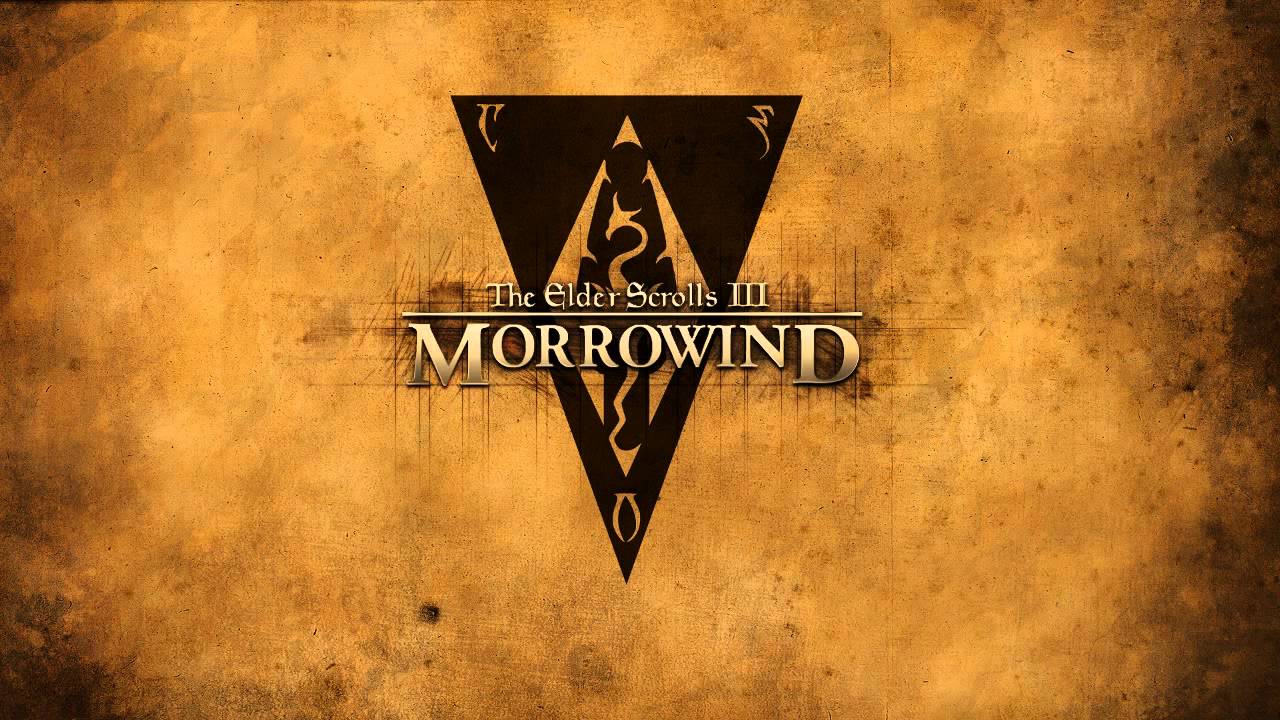 Yeah, this is going to be a hard sell to some people who haven’t played this one, I’m sure. Morrowind is the 3rd game in the venerable elder scrolls franchise, and one that has remained in people’s minds for years after its release, and it’s a pretty damn fine game even setting aside its issues.

But it has major issues, make no mistake and they do impact the game. The combat is awful, with random number generation guiding the damage you and enemies do, spells being useless without taking the required college course in how to actually cast spells worth a crap, and ugly, ugly graphics. And while some enterprising gents are hard at work restoring this beautiful work from its age based decay, I find myself musing on it.“But wait!” You cry, filled with the corrective righteousness that all comment sections have at least one advocate for, “this is an article called better with age, not worse with age!”And yeah, you’re right but I feel like not acknowledging this games flaws is disingenuous to its legacy. I won’t send out people to look at it with rose tinted glasses, but will instead demonstrate why it rises above that and ultimately why it is, in my eyes, better with age.

But to tell of that, I have to tell you of a dark time. A time before the internet was massively used for online gaming on consoles, a time when some jackass thought the fat Xbox controller was a good idea, a time when DVD discs roamed the earth, HOWLING for the disc drives of the unworthy. Sometime before the PS3 and Xbox 360 and when the game released in 2002.

I remember starting up Morrowind as a younger human quite well. Even then it didn’t look great, but the scope of the world was so impressive that it sucked me into its world and kept me playing. I remember the odd names, giant striding insects used as transport, the starting area of Balmora being a familar place who I learned to traverse time and time again. I remember the disappointment of learning that my race prevented me from wearing certain types of armor, and also leaned some people to disliking me even more than they already did. I remember picking up axes and shields as the tools of the trade, stealing a lightning axe from a bewitched nord and sneaking off into the night, killing ghosts and fighting horrific monsters. And the terrifying nightmares sent by a man in a golden mask….
And then I remember, somehow, my disk getting scratched up and destroyed. I got it resurfaced, but it never quite played the same, the map was rendered useless and I gave up after a time. Years later, though, I would return to the world of Morrowind with the titan of Skyrim looming large in the background.

It was a few years ago that I bought Morrowind, the complete version. With a new mod coming out that improved the graphics to a degree, I decided now was the time. Now I would dive back in, as an argonian once more, into the world of Morrowind.

Even with the graphics mod improving the dated graphics, the game was still pretty ugly graphically. The character move speed was atrocious, making the world difficult to explore as someone used to the run and normal movement speed of Skyrim. The awful combat was still awful, with attacks and the hitting/damage thereof determined by Sheogorath, the daedric prince of madness. Combat that was impossible five seconds ago randomly becomes a breeze at his will, and it makes the game play poorly. This game has a lot of problems, not the least of which are hideous bugs that cause the game to crash or glitch. And the horrible loading times are icing on the cake, icing made of live wasps with a vengence pact against lips. 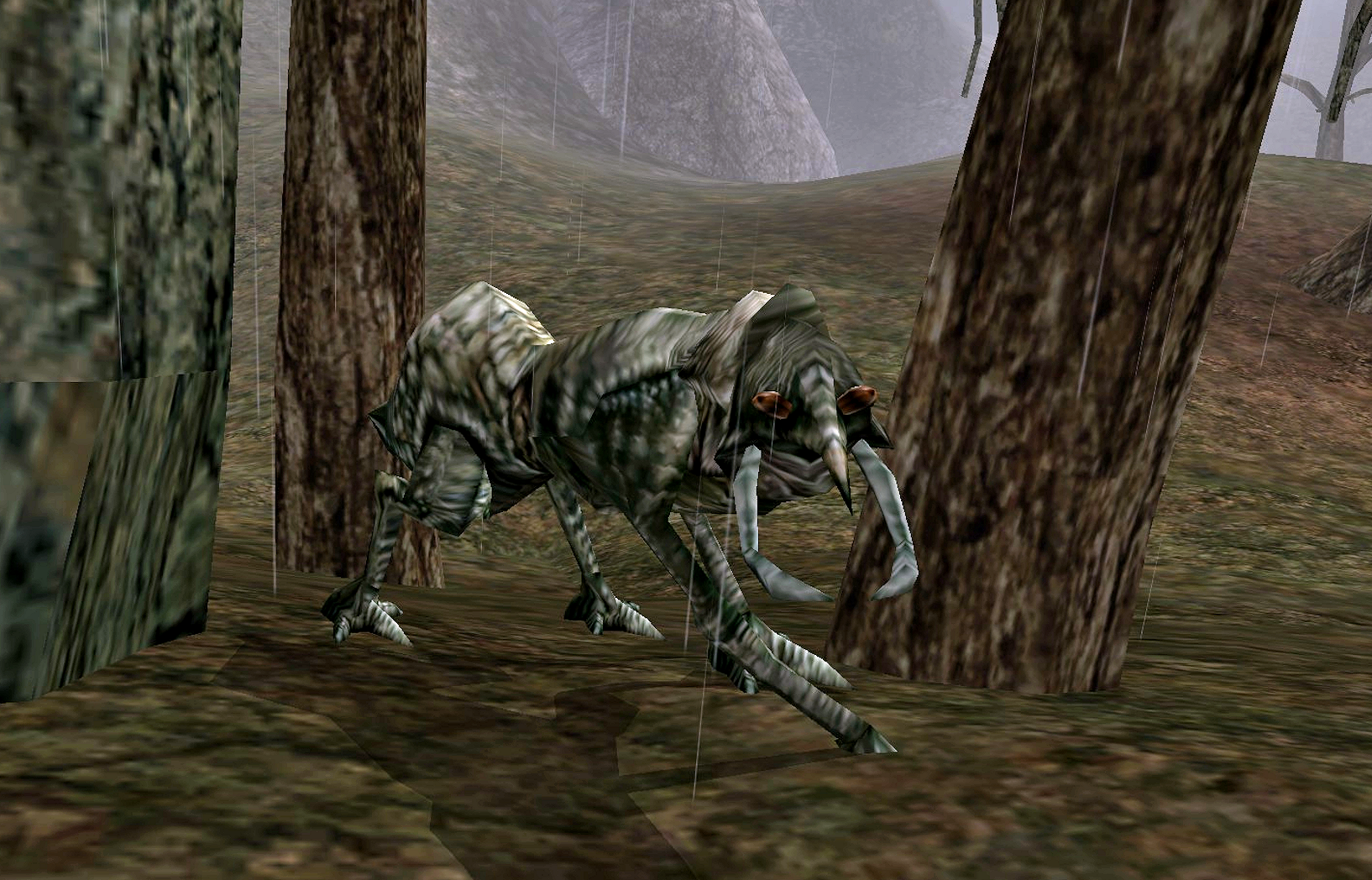 But as the game went on, I remembered why I liked it. I did the same things as before, and felt like I returned home when I walked around Balmora again.   The world was odd and interesting, with bizarre bug dog monsters, odd crab-squid centaurs hidden in the water, and odd orange dinosaur monsters. There were huge mushrooms in certain areas, and different areas had different biomes. The game forced you to figure things out, learn geography and rely on your trusty journal to help with longer questlines. It’s so engrossing and interesting in a way some modern games fail to be. The world is a joy to explore, with plants and odd sights all around and pretty ambient noise and sounds. The sound design is great even if the sound quality is poor, the music is beautiful-one of the tracks in it will be familiar to anyone who has played Fallout 3 or Skyrim- and the aesthetics are still so interesting. Things had unique visual styles, indicating what they were and whether or not they had magical properties and you could experience several different armor sets and playstyles. Ghosts were unkillable without magic or silver weapons, forcing you to flee in terror should you run into one before you obtain one of these vaunted weapons. Level up screens held introspection, where your character mused on their increasing age and finesse. It’s a rich world, and in design/lore, I personally like it better than Oblivion by far, and even better than Skyrim. And I really, really liked Skyrim.

But I love weird crap more, and about the time you get to the mushroom lair of a wizard who created wives and will help you with your corpus infection this games pretty damn hard to beat. The world has bizarre areas like that, dungeons filled with people turned monstrous by disease who you cannot kill lest you face the wrath of the sanctuary guards…as well as someone very special indeed to the series lore. I haven’t dived into the sidequests a huge amount, but talking about the game again makes that a tempting prospect, not to mention the DLC pack made for it. The world is so atmospheric, and the weather and ambient noise really fleshes the world out.

The story is fascinating too, as you are believed to be Nerrevar, a reincarnation of an ancient warrior who fought against Dagoth Ur years ago, prophesied to defeat Dagoth Ur and deal with him in the massive volcano in the center of Morrowind whose ash storms spread death and disease. He’s a terrifying figure in your nonsensical dreams, a ghoulish figure wearing a golden mask and one who is built up throughout the game. But from the start, you have no idea if you really are the Nerrevar, until a certain event demonstrates the veracity of that claim. It’s a pretty interesting story, and it kept me slogging through the games issues to get there. I can say I enjoyed it all the way, and comprehending it better has certainly allowed this one to get better with age where it counts. It redefined what I though videogames could be, taught me the difference between east and west and still holds a special place in my heart. And if you’ve never played it, hopefully skywind makes the plunge all the easier. That aside, if you can stomach the issues, I’d say go for it and see for yourself why so many still love this game. And yes, I do think this one is the best of the triumvirate of Skyrim, Oblivion and Morrowind. 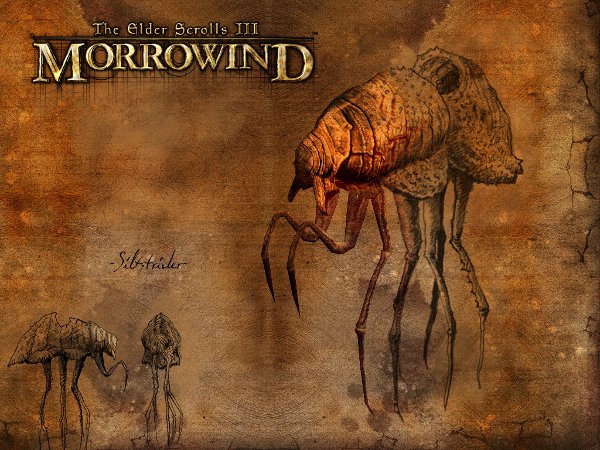