1:07 PM on 03.10.2014 (server time)    0
Castlevania: Lords of Shadow 2 comes hot on the heels of LoS: Mirror of Fate and its HD counterparts. Since its inception, the Lords of Shadow series has met with mixed reception from both long time Castlevania fans and video game critics alike. Each entry in the series has ultimately found itself in meeting equal parts praise for every detraction.

For those unfamiliar with the series, LoS explores an alternate Castlevania universe where the Belmont bloodline is sired by Dracula himself, prior to his vampiric transformation. 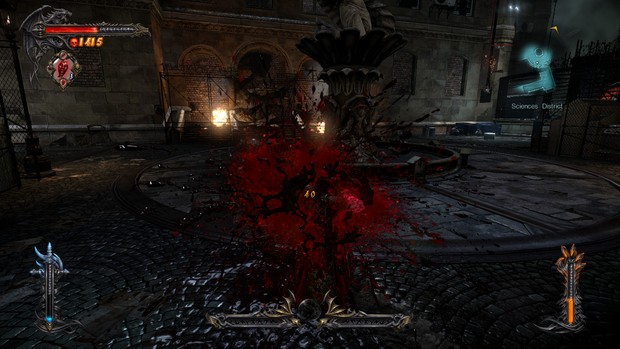 If you play games with kids in the room, you might want to wait till they go to bed to play LoS2. This is actually a low amount of blood compared to other scenes in the game.


As someone who actually enjoys the Lords of Shadow universe, I felt slightly let down by its supposed conclusion. While the ending was satisfying enough, it felt a bit abrupt and unexpected. The story also pays almost no attention to the events of Lords of Shadow, only vaguely referring to the game�s events. Instead, the game focuses more on events from Mirror of Fate. This combined with the sudden demise of some key characters and a lack of explanation regarding how the player comes to arrive at Dracula�s castle, make the story feel unrealized at times. This is further compounded by an ending that doesn�t necessarily feel appropriate for the series, especially given the general direction of the entire game�s story and portrayal of Dracula throughout.

As the player progresses through Lords of Shadow 2, they see Dracula coming to terms with the monster that he has become - how becoming Dracula has affected him, his family, and the world around him. Unfortunately, that character progression just doesn�t live up to the ultimate ending, leaving loose ends right at the moment that it seemed everything was going to be tied up.

Overall, Lords of Shadow 2 was an enjoyable experience despite some questionable gameplay additions and a lackluster ending. There�s a lot of content to Lords of Shadow 2 and a lot of fun to be had, including a New Game+ mode. Hopefully the upcoming Alucard DLC just ties up some of the loose ends that LoS2 left unraveled.