Since this is my first year posting the BOOTY Awards on Destructoid, I think an introduction is in order. Each year, I pick the Best Offerings Of The Year in a variety of categories. First are visual awards, then auditory, then genre, and finally (my favorite) special awards. These lists are obviously based on games that I played during the year so don't be upset if your favorite isn't included.

BOOTYS YOU CAN SEE

I can't deny that this was an excellent game to look at. The key word there being "look".

Let me tell you all the reasons why this game has incredible art direction. Actually, maybe these pictures should do the talking.

They made the game look like Greek pottery art. Let's give a medal to the guy who thought of that idea. 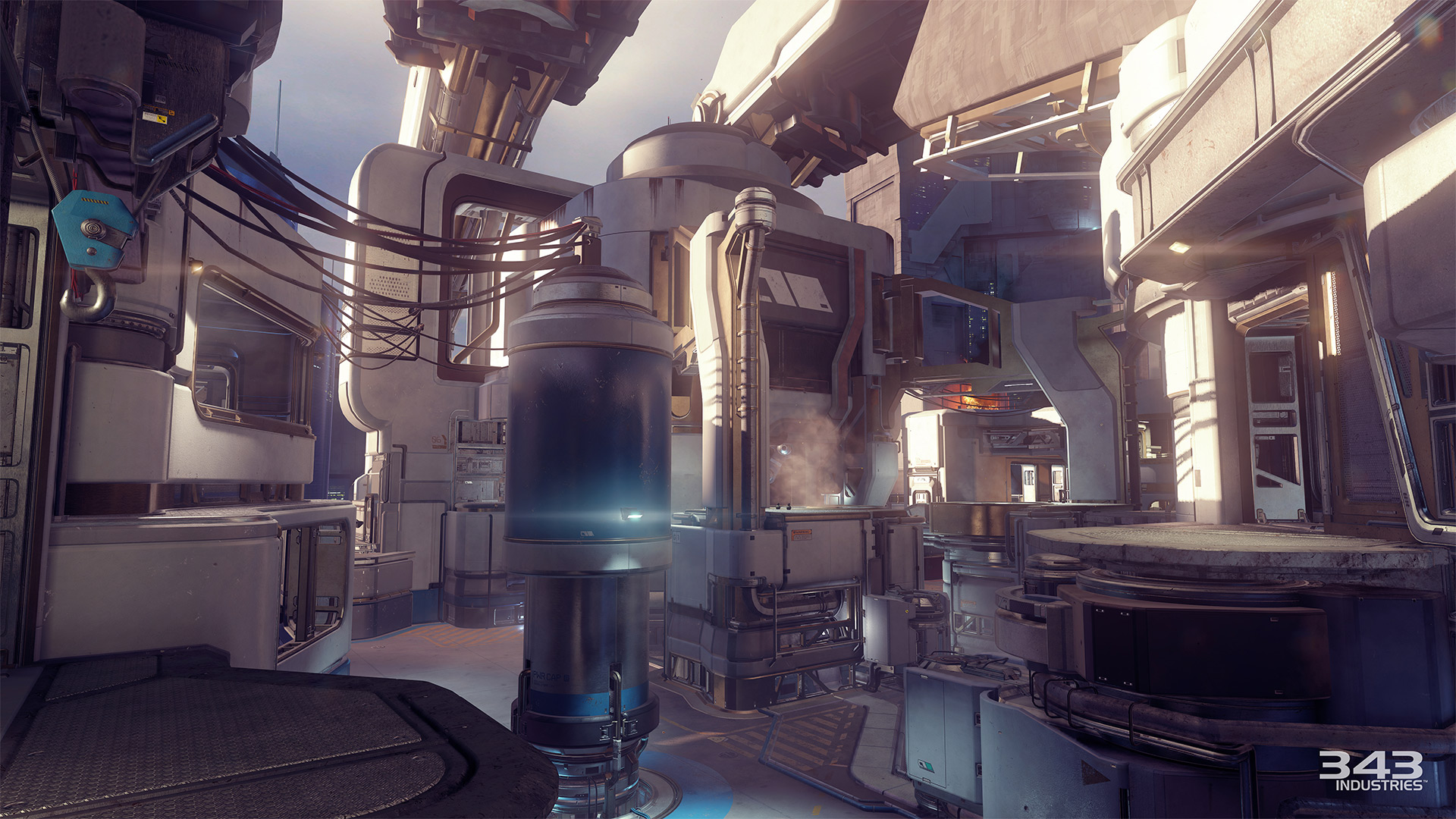 Halo used to look awesome. Remember when Halo looked awesome? Now it looks like this. 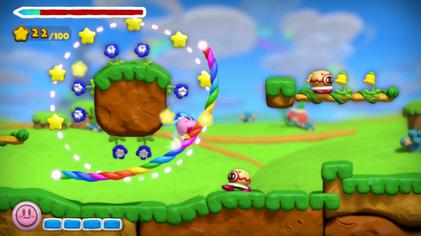 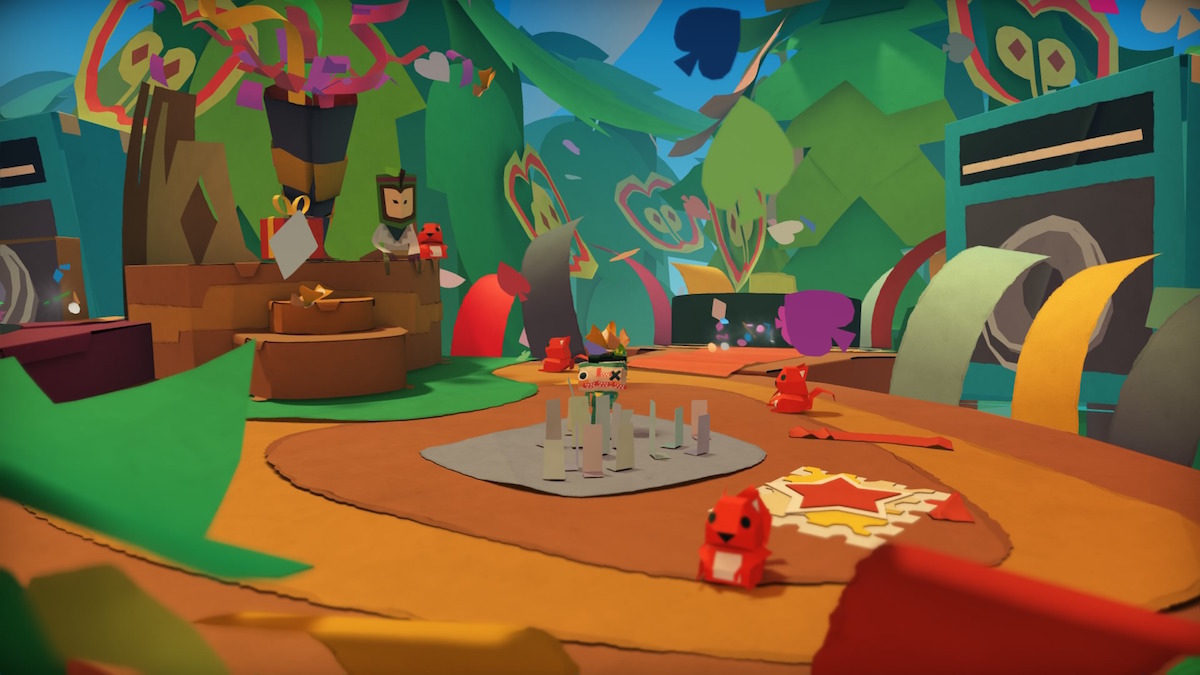 They keep making games out of art materials!

Best Use of Neon: Ori and the Blind Forest This game was literally painted by hand. My eyes have rarely glimpsed such beauty.

Something about the visuals of this game make me sad.

The colors in the game make the explosions even more striking. No offense, but these character designs are just downright ugly.

Best Cutscenes: The Order 1886
Considering about 90% of the game is cutscenes, they better be good.

BOOTYS YOU CAN HEAR

In all my years of the BOOTY Awards, I've always been able to pick a clear winner for best soundtrack. There are often many amazing scores but one that stands above the rest. This year, I simply can't do that. Both of these RPGS have absolutely incredible music. Both of these games deserve recognition for their unique and incredible musical landscapes.

Giving Neil Davidge the boot in favor of Kazuma Jinnouchi was the best thing 343 has done for Halo so far. Although they were the ones who hired him in the first place...

Yoshi's New Island raped my ears last year, but Woolly World has come with the lotion to sooth my aching ears.

Ever heard of squid-rock? Now you have.

Making a character has never felt so awesome.

I'd write something about this, but I honestly don't remember much except that Austin Wintory composed the main theme. Unfortunately, that's the only track he worked on.

You hear that horrible screeching wail in the distance? It's probably coming to kill you.

I love Boxboy as a game, but the music is just grating. It's repetitive, composed of unpleasant sounds, and gets annoying very quickly. I ended up muting the game so I could finish it.

The "Totally Ruined" Award: Super Meat Boy
Compare, as an example these knockoffs:


to the amazing originals:


Because somebody involved is apparently a tremendous asshole, the entire (excellent) Super Meat Boy soundtrack was replaced for the PlayStation release, thereby ruining the game. What a lousy way to celebrate the game's 5th anniversary.

Best RPG: The Witcher 3
Also, one of the best RPGs ever made.

Best Puzzle Game: Boxboy
Looking past the terrible soundtrack, the gameplay of Boxboy is both clever and fun.

Best Platformer: Yoshi's Woolly World
I have actually been waiting for this game since Yoshi's Island, I just never knew it.

Best 1st Person Shooter: Halo 5
I give this award to Halo 5 based on the way that it plays. When the multiplayer works, it really works. Shooting guys in this game is fun, and I'll leave it at that.

Best Action Game: Transformers Devastation
Platinum made it so of course it's going to be the best action game. They could make a game about fighting potatoes and it would be amazing.

Best Multiplayer: Splatoon & Rocket League (tie)
I just can't pick. I usually hate playing games online with strangers but both of these games have me hooked.

Best Indie Game: Rocket League
I have rarely, if ever, had as much fun playing a game online.

Best Sports Game: Rocket League
I have rarely, if ever, had so much fun playing a sports game.

Best Xbox Game: Halo 5
Honestly, what the hell else was I even going to pick? It was pretty much this or Tomb Raider, which I haven't played. And that's not really an exclusive anyway.

Best PS4 Game: Bloodborne
It was a pretty barren year for the PS4 as well. Luckily, Bloodborne rocks (especially considering the alternative is The Order).

Best Wii U Game: Super Mario Maker
On the other hand, there's the Wii U that had so many fantastic games in 2015 that it's difficult to pick just one. Ultimately, Mario Maker's endless replayability and ease of use make it Nintendo's best of the year.

Best Vita Game: Tearaway again
For the third year in a row, I name Tearaway the best Vita exclusive game because there are literally no other Vita exclusives and this game is just so damn good.

Best DLC: Geometry Wars 3 "Evolved" Update
Not only was this completely free, but it almost doubled the amount of content in the game.

Best Console Port: Elder Scrolls Online
It plays just like you hoped it would.

Best Rerelease: DmC Definitive Edition
This was a great port, complete with tweaks that made the game better.

Best Remake: Majora's Mask 3D
It wasn't the HD version the game deserved, but it was still surprisingly beautiful and had plenty of additions and improvements.

Best Remaster: Tearaway Unfolded
Does this even count as a remaster? Whether it's a remaster or reimagining, it's amazing!

The "Gear of War 2 Award" for Best Sequel: The Witcher 3

A Game That Exists: Ironfall: Invasion

Game That Sounds Like it Could be Either a Metal Band or Biker Gang: Helldivers, Screamride

The "Sega Saturn Award" for Shortest Time from Announcement to Release: Five Nights at Freddy's (10 days from official announcement to release)

Game Most Opposed to You Having Fun: The Order 1886

Wish I'd Heard of it Sooner: Grand Theft Pizza Delivery

Crummiest Game: I Am Bread

The "Lame Excuse" Award: Adding letterboxing to The Order 186 for "cinematic effect"

Late to the Party: Zombi

Best Moment of the Year: Having Codsworth call you Mr. Boobies in Fallout 4

Port Nobody Asked For: Legend of Kay HD

Most Games in a Single Collection: Rare Replay

This Game Seriously Came out in 2015: Garfield Kart

Game that Sounds Like an Incomplete Thought: Until Dawn

The "Didn't Help At All" Award: Xbox One UI update

Most Disappointing Werewolves: The Order 1886

The "US Wins Again" Award: smaller New 3DS is released

This Game Hasn't Been Out For Years Already?: PlanetSide 2 for PS4

Last Game of the Year: Trine 3: The Artifacts of Power, released December 22nd

Stay tuned for my top game of the year picks, my least favorite game, and predictions for 2016!

#GOTY2015awardsBOOTYxboxoneps4wiiu3dsOpinion
Login to vote this up!