2:08 PM on 08.14.2010 (server time)    0
Dag yo! So, it’s time for yet another edition of A Compulsive Collector’s Haul! This is yet another “special” edition per se, as this is a console and hardware edition. Once again, this is all the stuff that I’ve gotten since like January that I’m finally getting around to posting. *sigh* -_-‘ I’ve got a triple dose of one of my favorite series, in the form of Kingdom Heart, a Japan only PSP-2000, a Metal Gear PSP bundle that was only released in the US, a few other odds and ends, and finally this post will end with some MAHVEL BAYBEE! After all is said and done, after this post, I now own 3 different iterations of the GameBoy Advance, 3 DSs, and somehow a mindboggling 4 PSPs . . . >_< Enough chitchat! On with the show! 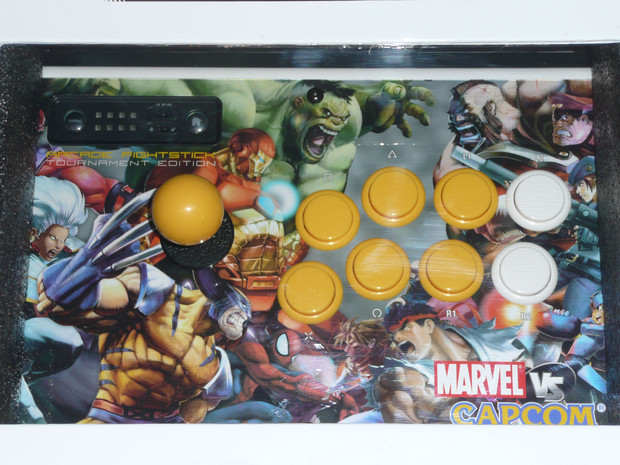 Here is the close up of the artwork on the fightstick (I’m not opening it up until I get my physical copy of Marvel vs. Capcom 2 or until Marvel vs. Capcom 3: Fate of Two Worlds comes out), which features all the characters on the box, and might I add, looks super SIIIIIIIIIIICKKKKKKKKK!!! That is some hella ballin’ artwork right there! So freakin’ awesome!

Well shit. That does it for another edition of A Compulsive Collector’s Haul! I have way the hell too much stuff and am definitely pushing the limits of “put away nicely” to “clusterfuck of shit.” Those were all my big console/hardware items since like January or so, but I think I seriously may be caught up and up-to-date with this “series” by the next blog or two. I have some super sweet stuff planned for the, so stay tuned. Until next time, latez mates!
#Community
Login to vote this up!