(THE FOLLOWING IS A SERIES OF NON CANON LIES CREATED FOR ENTERTAINMENT PURPOSES ONLY. I AM A PROFESSIONALLY TRAINED LIAR AND HAVE BEEN EVER SINCE I RETIRED AS A NINJA ASTRONAUGHT AT THE END OF THE VIATNAM WAR IN 2002. PLEASE DON'T TRY THIS AT HOME.)

The King of the Iron Fist (TEKKEN) Tournament saw its 20th anniversary last year. The premier 3D fighting competition has seen many characters come and go over the years but the Mishima family always do there all to bring the best competitors from all over the globe.

Today I am joined by one of the tournaments fiercest competitors, known outside of the ring for his charity work and contributions to the Catholic Church but respected in the fighting world for his unique wrestling style and big cat head. One of the top tier competitors in the first two tournaments, ex-luchador and legend of the Iron Fist, King. 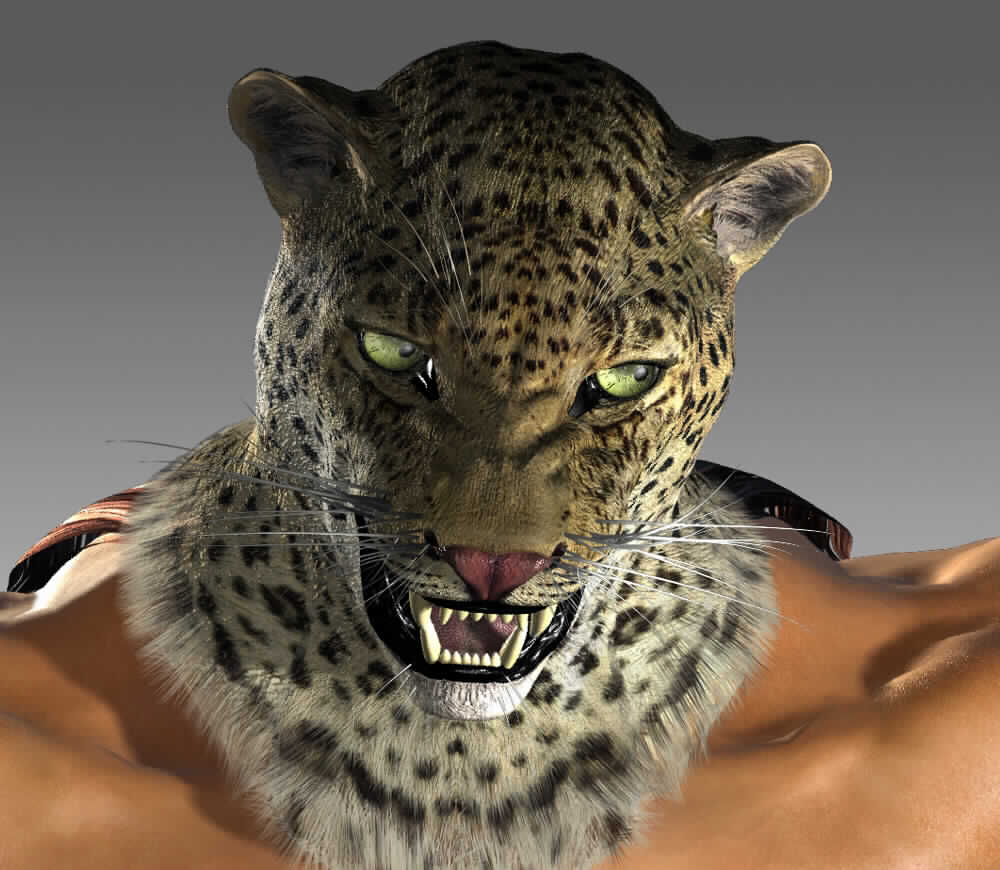 FLY: Sorry if this seems a little ignorant but you are known worldwide as King. Are you actually a monarch?

Were you named after any specific King?

Actually I am. Mother was an Elvis fan.

I have to apologise for my next question too but what's with the face?

What do you mean?

Well you have the face of a tiger, what's that all about?

It's actually a jaguar.

Whatever mate, I think we can both agree it's fucking weird, is it a mask or what?

No it's a jaguars head. As a young boy I had an accident at the zoo. I was teasing the jaguars and the zoo keeper told me to stop, I didn't. The zoo keeper was getting angry and threatened that, if I carried on, I would have to be surgically removed from one of them... The surgery wasn't a complete success.

So you started your career as a luchador, what was that like?

It was the best. I earned serious respect on the Mexican circuits mainly because my "mask" couldn't be removed and that was a big thing in that part of the world. I was a major celebrity and could drink anywhere for free. This new found fame led to a tour of Japan. The first week I was there I was due to wrestle a big 400Ib monster from Scotland, I think his name was Bobzilla. His finish was a big splash where I would be laid on the mat and he would jump in the air then slam all his body weight onto my torso. Now I was not used to Japanese cusine and my stomach was playing up before the match, needless to say when he hit me with that big splash I shit my pants. It wasn't supposed to be the end of the match but I wouldn't get up and carry on through embarrassment and fear of stained tights. They nearly fired me but gave me one last chance. I had to impress, I went up against Bob again. We talked before the match and because I still hadn't fully recovered we decided to leave the splash out, needless to say he got me in a bear hug and I shit my pants. I got fired and it was a full six months until I got my next match in Japan, this was against Billy "The Big Bollo...

(Interupting) Is this going to be another story about you shitting your pants?

(Looking confused) Well yes. Do you know nothing about Japanese wrestling?

Let's move on to the first Iron Fist Tournament. When did you get the invite?

Who in the tournament stood out to you?

Paul Phoenix is a good fighter and his hair truly defies gravity. I don't know what he takes more serious, his fighting career or his world record attempt for highest hair, currently held by Marge Simpson. Paul has been trying to organise a fight with her but Fox won't let her because of the insurance.

You eventually finished third in the tournament. Losing to Kazuya Mishima, who went on to face his father Heihachi. What were your feelings at the end of the competition?

I could have won it easily but Heihachi wanted his son to prove his worth in the final battle against him. You see Heihachi threw his son off a cliff when he was five years old to see if he was strong enough to climb back up therefore proving himself worthy to take over the family business. Kazuya was in the tournament for revenge and Heihachi knew a father vs son final would be a huge box office draw, making the Mishima Zaibatsu corporation millions. I was fighting very well and threatened to ruin Heihachi's plan so he paid me, very well, to take a dive.

Did you ever regret that?

No. I was fighting to make money for charity and the cash Heihachi offered me was more than I would have earned winning the tournament and it's not like I lacked offers from sponsors coming third. The breakfast cereal Frosties were looking for a new mascot and the job looked mine. I was partying hard at this point and showed up to the first commercial recording drunk. They sent me home to sober up and when I returned the next day, drunk again, there was this tiger stood in the corner looking over a script, it said Tony on his name tag. My eyes focused as best they could on this tiger, I threw up as a representative of Frosties came over and started telling me that a jaguar wasn't the right image for Frosties and they would be going with someone else, I ran over and punched the tiger in the face before throwing up again, passing out and then pissing myself. No sponsors were interested after that and I started a year of alcohol abuse.

Must have been a tough time?

It was. I spent every night arguing and stumbling across the bars in town ending the evening surrounded by five hookers, a gallon of whiskey and a puddle of vomit in a motel room. Suprisingly I didn't shit my pants half as much during my alcholism than I had during my tour of Japan.

Were you still struggling with this during the second tournament?

No. I got myself clean soon after I got the call. It was just what I needed to get my head straight and after being so close last time I really fancied my chances and trained hard, I told Heihachi that this year I was in it to win. I got to the competition fully prepared physically but then I came across Armour King. Heihachi had brought in a masked wrestler and trained him to counter my style and take me out of the tournament. His mask was a big cat gimmick, that was my thing, I had a massive argument about this with Heihachi. The argument was bad but it was the nature of the defeat that ultimately led to my retirement, I was too old, too slow. I was left bitter and wanted revenge on both Heihachi and Armour King. I also still wanted to prove my style could win the Iron Fist Tournament. 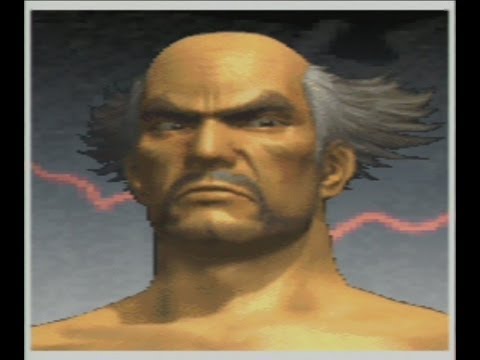 So you became a trainer?

I didn't know what to do when I first retired, I was fighting the temptation to turn back to the bottle when King the Second came to me. A big blue eyed, chiselled jawed handsome specimen. He had a fantastic physique and absorbed knowledge like no one else. It was so easy to get him to a fighting standard. Unfortunately he didn't have the head of a jaguar but I remembered the zoo keeper's technique and we soon fixed that. An eighties movie montage and a jaguar later we had a King style fighter ready to compete in future competitions.

Have you been proud of his achievements since?

I haven't followed the tournament since I retired. After I trained King the Second I was fighting off the bottle again when I befriended a Catholic Priest, he saved me from the drink and showed me the way of Jesus. He was the one that persauded me to become a priest, I forgave Heihachi and Armour King and have never looked back.

What did the Catholic Church think about your jaguar head?

It doesn't bother most of the other priests but every now and then I come across an idiot that wants to exercise the demons in me. (Laughs) I normally tell them to fill their boots then go make a coffee or something while they are there shouting, waving a cross around and throwing water at me.

With your appearances on PlayStation in the mid-90s it is fair to say you have entertained many young boys. Did this give you any advantage within the Catholic Church?

(King stands up and walks away from the interview saying nothing).

Join me next week when we get a special inside look at the industry from a man who has been in over a thousand videogames and I bet, despite interacting with him hundreds of times, you've never heard of him.