Over 15 years ago, I bought "Xplosiv Top 10" -- ten Windows 95/98 games apparently rereleased in 2002 as one bundle. Some of these are apparently ports from Sega Saturn. As a rule of thumb, I won't comment on how good the games are or are not. Given the age of these games, I'm pretty sure there are enough reviews to find already. Most of the games here have also been in my backlog for all those years, and this is not going to be a review of ten titles. 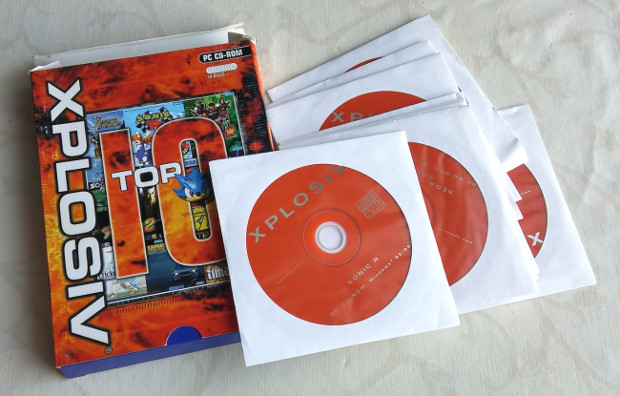 Instead, I decided to look if they are easy to get running on my desktop Windows 10 Home (Ryzen 5 1600, GTX 1070, 16GB RAM). Not if I can get them running on my PC, but if I can run them with little to no extra effort, and what the game will look like.

I'm a lazy gamer, so if I can't get a game to run easily, I won't bother and play some other game instead. Which is why my Raspberry Pi3 is sitting over there like a lemon. I didn't try doing any magic tricks; the only extra file I downloaded online was WineD3DForWindows version 1.7.152, and that was only because I already had downloaded that previously. (And I already regret doing so.)

My initial theory was that most of these aren't going to work. A number of my even newer (but still old) PC games don't run on Win10, and with a number of these being console ports, I expected even less. All images are rescaled to 620px width as per blogging suggestions.

Let's see how this turned out, in alphabetical order.

The installer didn't work, but copying everything else to HDD was enough.

Going by the back-of-the-box description, this is plain chess but with the pieces being animated. And that's what it is. I don't play chess, but I know the basic rules, and the game can have two CPU opponents against one another.

Wait -- are the moves of the black knights accompanied by something like the effects from Six Million Dollar Man? 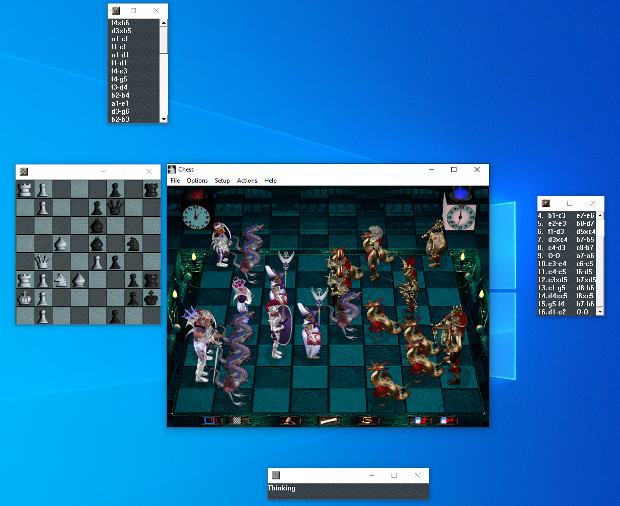 Sidenote: I'm very much against having an application use five separate tiny windows with no option for docking. That alone would be a reason for me to avoid playing this chess game if I wanted to play one. Going by its GOG reviews, I'm not the only one to dislike the game. You can also put this into fullscreen mode (640x480) where the animated board is the main window and the smaller ones you may choose to leave open are laid over the board.

At least with chess I know the rules. That's not the case with cricket. I know it's highly popular in the Commonwealth of Nations and that there are various game lengths. Those are just some reasons this was the first time I had opened the game sleeve.

The game installed nicely, it started up nicely, but the UI feels far too sluggish. Given how much of this is spent in menus, that's not good. I suppose the players at least for England are real (the back of the cover mentions Nasser Hussein). 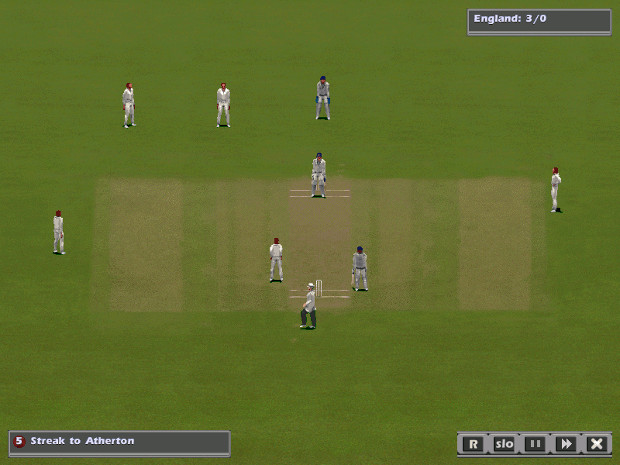 This has (or had?) also online play (with a network code on the back of the sleeve), but I'm not inclined to see what happens if I try that.

I thought this didn't work based on my previous attempts. I was wrong -- as I tried to get Star Trek: New Worlds working with instructions on PC Gaming Wiki, that game needed WineD3D libraries to help it run. After I copied those libraries to the Panzer Dragoon's folder, the game started working. I think it may need an extra Enter press after selecting game difficulty to actually start episode 1, so something may be wrong there (select normal, screen goes black, press enter, "Episode 1" appears. As an added bonus, it directly supports USB pads (like my XBox360 pad), but apparently only buttons 1-4. There are also some graphics options to choose.

I played a one-credit game to episode 4 boss, and there I noticed how the textures warped weirdly when I flew near the ground. I don't know if that's as it should be.

But at least now I can compare Panzer Dragoon PC to Panzer Dragoon Remake on Switch. As a bonus, the famous audio is on CD as separate tracks. But do I really want to play the original after already finishing the remake once... that is the question. 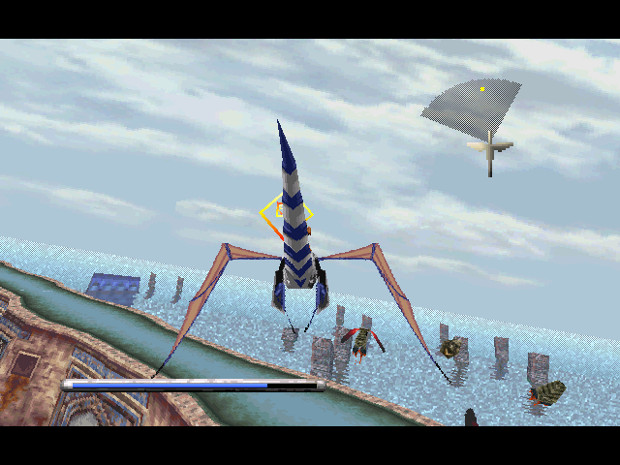 Trouble seeing where you're shooting?

"Do you want to install DirectX3b?" the installer asks. No, not needed.

This game installed nicely, and the in-game settings allowed me to up the game res and colour depth. Only 4:3 display ratios, though. Plus it has only one board. 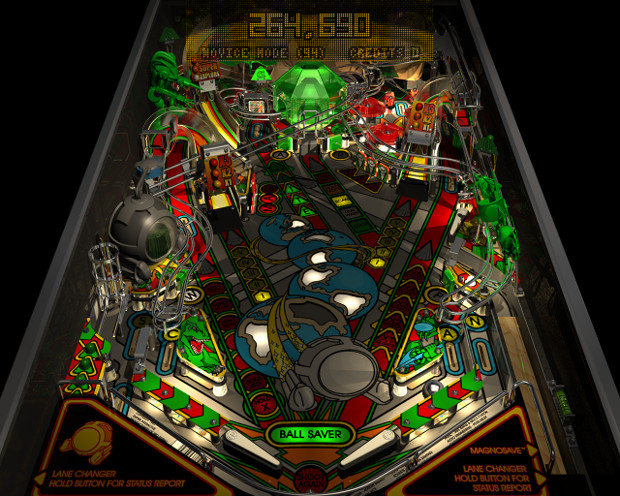 Installed nicely, but the graphics aren't really what I'd hope in-game: the graphics mode selection is disabled and the only option is 320x240 with 16-bit colours. As a result, the game looks like this. 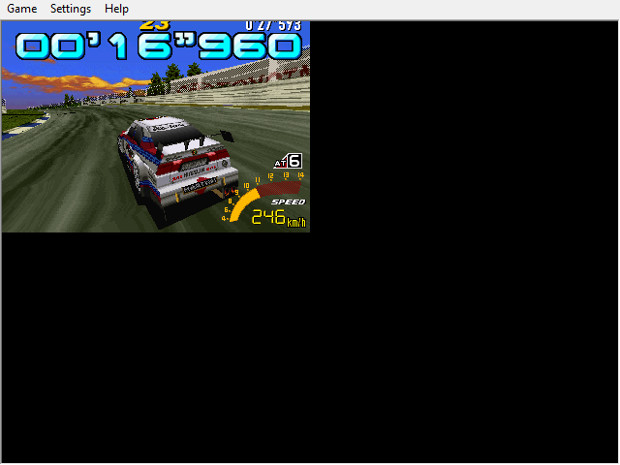 Which is weird, because the menus before the race are in "full screen". The bar on top of the screen is there and stays there.

The music is in Redbook audio, and some seem to be Avex -licensed tracks (Don't Drop Me is probably one). At least the music's OK, then, even if I don't like the game itself even if it didn't have this graphics issue.

Well, this seemed to start up nicely after setting the installer to work in Win98 compatibility mode. Graphics settings work, but the same dithering effect is visible in the shadows here as in, say, Panzer Dragoon. The pattern on the grass in the "minimap" below is due to me rescaling the screenshot to 620px in width, by the way. 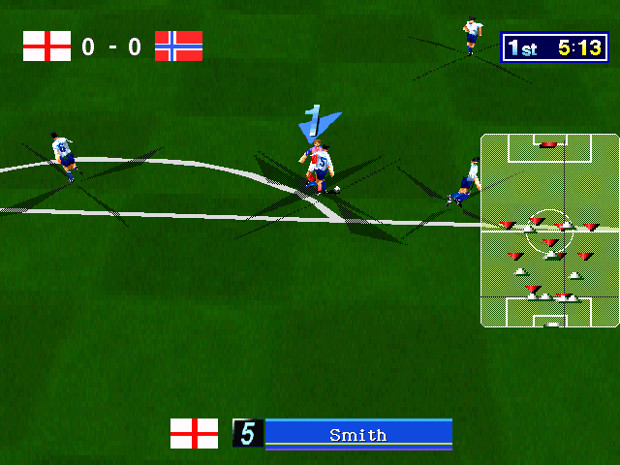 Looks like I hadn't bothered to open the paper sleeve until now, believing this was just the Sonic 3D: Flickies' Island by Traveller's Tales on Megadrive. And now that I tried it, it didn't work. I don't know if it even installed properly, as it didn't copy many files to HDD. This is not an emulated Megadrive ROM, because there are bunch of files, including some AVI files. Given how one file is "3DBLAST.PIC", I'm pretty sure this is, indeed, Sonic 3D: Flickies' Island (aka Sonic 3D Blast), but maybe rather a port of the Saturn version. At least it's got Redbook audio again, even if I probably won't like the music.

Redbook audio again. Yay! Can you see, the sun is shining on me...

That's the end of good news, though. The installer crashed with a runtime error after asking if I wanted to install DirectX6 and so does the game.

This was actually very easy to get to work -- the installer didn't, but copying the game folder by hand to HDD was enough. However, the menu bar is at the top is and it stays there. The game is played with the mouse, and I'm fine with it. (I would've preferred a Wii port with Wiimote support, though...) 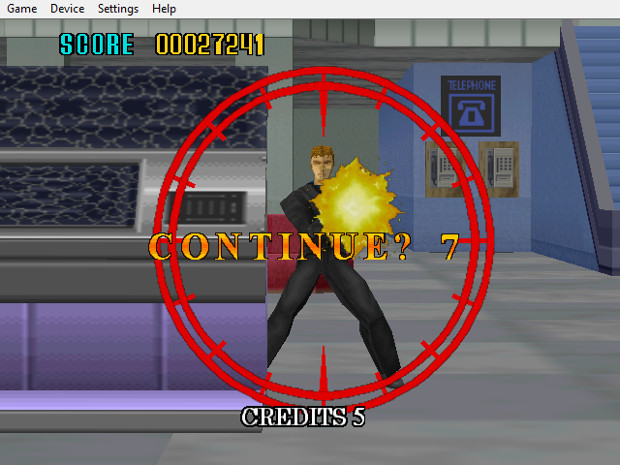 "Your computer display setting must be 65536 color to play Virtua Fighter 2." Well, at least Win10 compatibility modes allow setting this and not only 256 colours like in some earlier Windows versions, so that was easy.

Gamepad is again supported. This time, though, the game adds also the title bar and not just the menubar. The end result is that the health bars are out of sight. Not good. 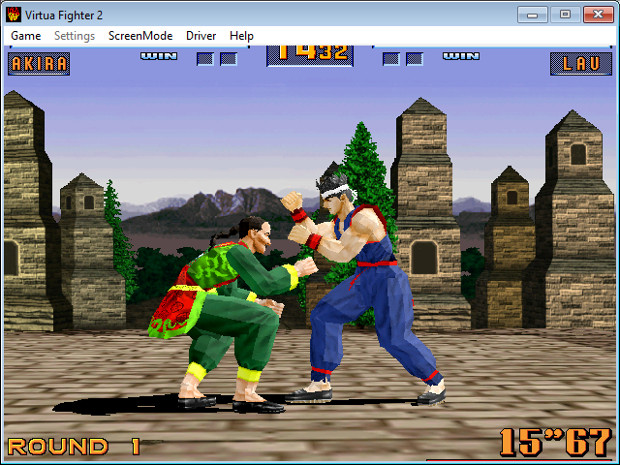 I'm surprised that so many of the games worked at all, and only two failed completely. Having USB controllers work as well as they did was also a big surprise, and that'll let me give Panzer Dragoon a good try later. However, I didn't do a complete check if the games work: I didn't finish a single stage except in Panzer Dragoon and Sega Touring Car Championship (and Pro Pinball: Timeshock!, if you count playing one game).

The games have some obvious shared compatibility issues. If the installer in the root folder didn't work, there might have been another installer that did. Some games placed their INI files in the Windows folder (STCC, Panzer Dragoon, Virtua Fighter 2), which I really do not like. Plus, of course, my antivirus software warned me about several installers for being "rare".

Given how the window title or menu bar were visible in a number of games, I'd expect such a common problem to have set of solutions to check. With Sega Touring Car Championship, I wouldn't be surprised if that was the reason the game was stuck in such a resolution. I think I've had the same issue previously with games like Shoot the Bullet (Team Shanghai Alice, 2005).

In cases when the CD was accessed, my DVD drive sounded like it was getting ready for a takeoff.

Each game is on one CD, and each CD is in a paper sleeve. The disc contents have a certain pattern to them: Adobe Acrobat 4.05 installer may be included, but that doesn't mean the CD has any PDF files. Instead, many instructions come as WinHelp files (.hlp), and that program has been removed from Windows a good long time ago.

That also means that usually pressing F1, which should display the help file, instead opens an error message in the browser.

This game bundle seems to have cost me 50€ way when I purchased it. Of the games here, the only ones that attracted me at all when I made the purchase were Virtua Cop 2, Panzer Dragoon, Sonic R,  Pro Pinball: Timeshock! and Sega Touring Car Championship in this order. Given how three out of five are playable enough (yes, even with the menu bar in VC2), I'm still OK with this.