Never was I a normal kid growing up. I used to hear about it damn near everyday. When I was 12, instead of wanting to go outside and play in the Idaho desert, ride my bike 2 miles to my friend�s house, or go play paper & pencil RPGs, I wanted to be left the hell alone in my room with my SNES. This list won�t be your typical Top Ten, there are MANY games purposely left off from here just because they�ve received too much play in the other top tens.

I hope you all enjoy this one, If you have any top ten you think would be fun or challenging, let me know! 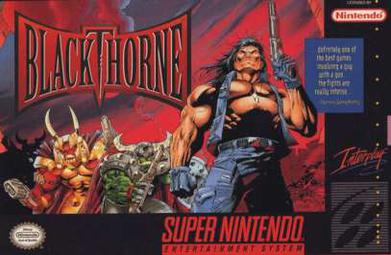 A greatly under-rated game by BLIZZARD, yes the same company responsible for World of Warcraft. The style of this game is very typical of adventure games of the age, though with the typical shine that Blizzard puts into their games. It had a really good frame rate, great sound, and the best move ever put in a game, a behind-the-back-shot. Pretty damn cool if you ask me!

Number 9: Out of This World 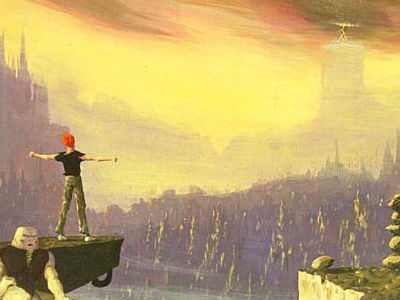 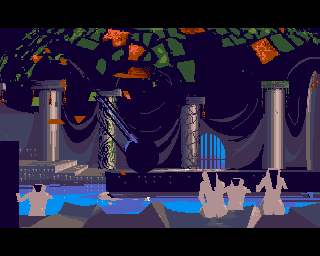 Sorry folks, couldn�t find an unprotected image of the US box art. This was a port of the Amiga game �Another World� released in America as Out of This World and was one of the first games to use cinematic effects such as cut scenes and characters communicating with gestures and actions. The graphics, while rather plain, gave the game a sense of environment rarely seen in SNES games. It was hard for me to choose this game over Flashback: The Quest for Identity for this spot, but overall chose it because of the overall �feel� of the game. If you ever played it, you know what I mean.

You�ll have to excuse me for using the PAL Version box art for this one. I couldn�t find a site that had pictures of the one that I still have at home. Regardless, I bought this game mainly because I wanted the Super Multitap so I could play Secret of Mana with my buddies at the time. I�ll be damned if the game that came with it was good too. I must have played close to a thousand matches with my friends over a 2 year span. This was back in the day where you�d have sleepovers with your friends just to get your game on. 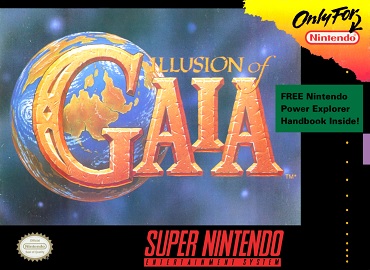 It was simply a great RPG without all of the typical RPG bullshit, no currency, no leveling up, and no equipment screen. This did make the game relatively easy, but it was still so approachable that almost anyone could play it and enjoy it. I rate this so high, mainly because I think that many people out there didn�t give this beautiful game the chance it deserved.

With something like 50+ levels to complete and co-op play throughout, how could I not put this game here? This game flew under so many people�s radar it should be considered stealth. The amount of detail and character models in this game is staggering. They actually tried to make the game fun, if not absolutely impossible at the same time, the bastards! What happened to replay value these days? 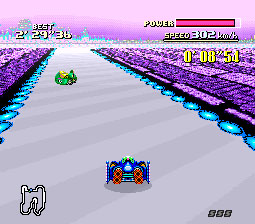 Mode 7 graphics in place? Check! Awesome soundtrack present? Check! Replay value? Yup, got that too. What don�t you have? Uh, no two player? That�s ok man, you�re still a damn solid game. I remember the sense of speed that this game provided more than anything, being a 12 year old in front of a big TV, you really got quite the rush.

C�mon, A re-telling of Megaman on the Super Nintendo, how could you not love this game? You got to upgrade armor, upgrade your buster cannon, and if you were lucky enough, you could even make Megaman do a Hadoken! This was a landmark game for me, from the minute I started the game up, I knew I was in for a treat�but then again I�ve always been a bit impartial to Megaman games.

So you are just a normal earthworm minding his own business when all of a sudden, a super suit gets dropped from space onto your body making you a superhero? Princess What�s-her-name is probably the best character ever named, besides Queen Slug-for-a-butt. No seriously, using your own body as a grappling hook, genius! And the trakemark WHOOPEE he makes is just classic, Shiny can do not wrong.

I�m sure a lot of you out there played this one and maybe enjoyed it as much as I did. You see, as a confused teen, I played a lot of traditional RPG�s and Shadowrun was one of the first. You start the game in the morgue, and things just get progressively more awesome from there, from having to disarm a cortex bomb in your own skull to fighting a dragon as the last boss (what would you expect from Drake Corp.?) Engrossing and dripping with cyberpunk-y goodness this game should be what we are all playing on our 360�s instead of this Counterstrike ripoff. 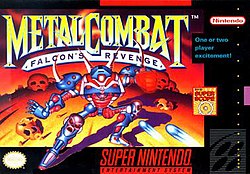 Take the best bits of any fighting game you�ve played, now mix it up with a Giant ROBOT, and add a Super Scope, and this is the game you get to play. This is probably my all-time-favorite game on my SNES. It�s a shame that there weren�t many games that utilized the super scope, but a real shame that this series didn�t continue. I remember trying to constantly beat my records in this game and the fact that it was two player didn�t hurt none either.

Well, I hope you all enjoyed going through my top ten. I really enjoy presenting them, cause I know that I�m not the only person out there who thinks that the normal top ten are a bit over-rated at times. Maybe next time I�ll have to do something more obscure. Thanks to all who read. See you again next time.
.
.
.
.
.
.
.
.
.
.
.
.
.
.
.
.
.
Ok just to make a certain someone happy...

DAMN GOOD GAME!!!
#Community
Login to vote this up!