1:34 AM on 09.06.2007 (server time)    0
I noticed something tonight that disturbed me. I noticed that men are in the majority of the starring roles in video games. Sure there are many games that HAVE female characters, but they are usually there as the object of affection or just a simple piece of eye candy. I wasn't happy about this so I set out to find an example of 10 lead characters (or at least major) in modern gaming.

This was probably the hardest list I've ever had to compile. There were a few conditions that kept some characters off of this list (Princess Toadstool, Zelda, Nina, Kasumi, Ayame, etc...) such as I didn't want them to be the typical archetype of the damsel in distress or just blatant sex symbols *cough* Lara Croft *cough*...

Jill, how I enjoyed you being the "Master of Lock-picking" and all of the crazy antics you got into almost becoming a "Jill Sandwich" back on RE 1. Then along came RE 3 and you redeemed yourself by being such a strong character.

Claire, you were, and always will be the "other" girl when it comes to the Resident Evil Series. Though you rolling into Raccoon City on that motorcycle seriously added to your street cred. Then Code Veronica came out and you proved to be a much stronger character...that is until you became the damsel in distress and your brother had to come and rescue you.

Besides names, both of these characters are virtually interchangeable, much like all of the characters in the Resident Evil series for that matter. That is the only reason that I have 2 sharing the #10 spot.

I'm sure there are quite a few of you out there who never played the PS1 version of Ghost In The Shell, and I hate to say it but you missed out on a really cool game. The Major is probably one of the most strong willed female characters ever dreamed up by Masamune Shiro and proves this by being the lead operative of Section 9. Although her sex symbol status is questionable, she definitely has the will and the intelligence that rises above that level. 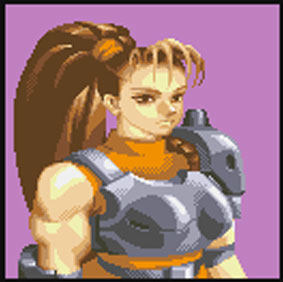 Another cybernetic female lead. I put Linn higher above Maj. Kusanagi because I put many more quarters in my youth into the AVP arcade cabinet than I spent on any Ghost in the Shell product. I used solely Linn when playing said game. I could get past a good 40% percent of the game without dying using her. She had the combos, the speed, and the strength that all of the other meat-headed characters didn't have.

"A great game that was lost in the shuffle" is the best phrase I can use to describe this game. The main protagonist of Beyond Good & Evil is a caring and insightful character named Jade, and a prime example of yet another virtually unknown video game Heroine. Do yourselves a favor and buy this game, its really worth the price. 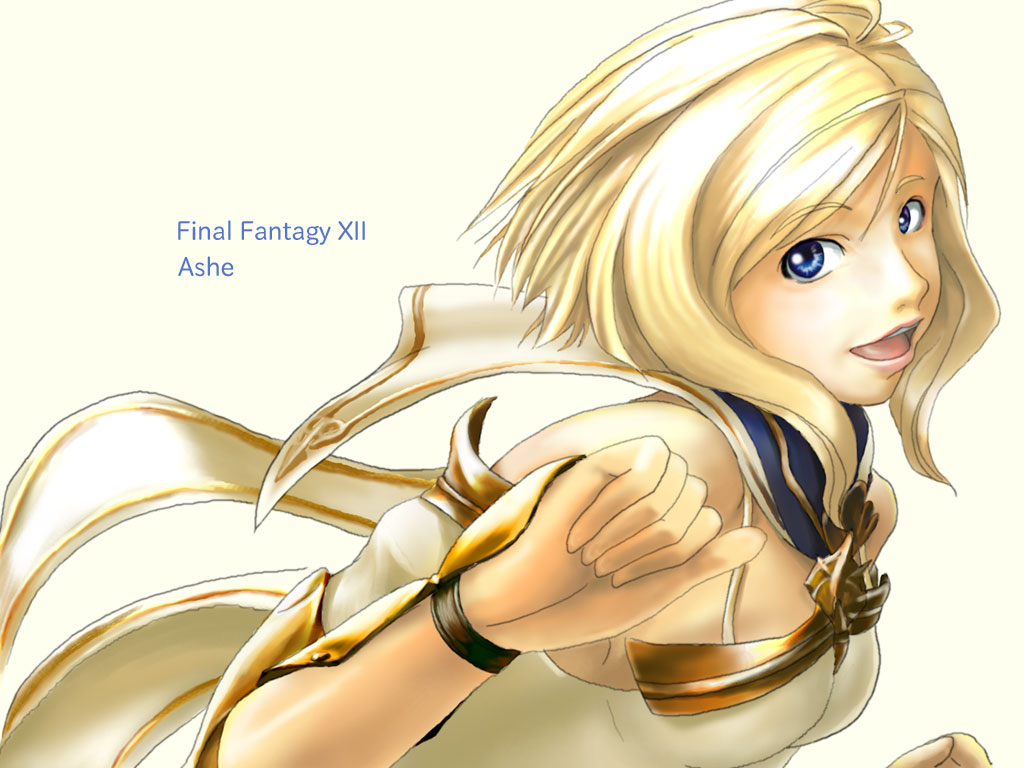 She lost her father to the Archadian Empire, lost her husband during the same war, loses her proof of heritage to the Empire, and yet still manages to rally people to her cause. She is the prime example of a regal character who thinks only of her peoples' well being before her own.

I am biased. I love Xenogears, so its only a short jump to say that I love Xenosaga, and hell, who couldn't. Shion is the main character in the Xenosaga series, that has bucket loads of intelligence, cares about everyone she knows (even the arguably non-human realians), created KOS-MOS to battle the Gnosis, and loves a good dish of curry. One of my all time favorite characters in a JRPG.

Now, onto why I picked her for this list. True she's not a corporeal woman, but if you think about it, not a single person on this list is truly real. Cortana is one of the most strong, intelligent female characters on this list due to the fact that she is one of the main reasons that the Master Chief is still among the living. Without her intelligence he wouldn't have made it off of the first Halo, stopped the first Halo from firing, or known where to go and what to do when he gets there. Truly pivotal character and a great example of a strong female character in a video game.

I wept at the end of FFX. Sobbed like a dad at his daughter's wedding. I love Yuna's character. The moment she decided to become a summoner and battle Sin, she took the world's well being onto her shoulders. This Christ-like willingness to sacrifice herself to buy the world some time without death and destruction touched me. After all that you go through, all that you accomplish, the girl doesn't get to stay with the guy. Yet, she persevered, wow...

I can't say enough about Samus Aran, and I couldn't leave her off the list, as much as I wanted to. She has the guts to drop to a planet all alone where she knows she has no backup, explore the whole damn place, defeat every and anything she comes across, collect all sorts of power-ups and weapons, just to get home in time to do it all over again. I'd venture she has more balls than most of the guys reading this right now, myself included.

Number 1
The Boss / The Joy

The Boss, you admired her, you hated her, you started liking her again, then hated her all over again, then she redeems herself at the very end in one of the most spectacular fights in a video game I have ever experienced. She beats your ass for a good 80% of the game, hell she taught Big Boss all that he knows. She taught the world's best soldier how to fight, that speaks volumes of her and its the prime reason that she is my number 1 top positive female character in a video game. Not only did she have appeal, she was strong, she had feelings, and on top of it all, she was a patriot.

That raps yet another weird kid top ten. I hope that you all have enjoyed reading this and I would love to hear your opinions as well. Keep in mind that this list is just a subjective work of my own opinion. I welcome your comments or questions, but please no whining that I "forgot" someone.

Thank you for reading!
#Community
Login to vote this up!