Aahhh, Sega�s Dreamcast, I maxed out a credit card buying you with Sonic Adventure and Soul Calibur. The next thing I know, Sega, you quit on me�and I don�t even know why.

I loved this system and wholeheartedly supported it and wanted it to thrive. But it appeared and disappeared without even so much as a bang. That didn�t stop a bunch of really good games from coming out on it.

So without further ado, here is MY Top 10 Dreamcast Games

Space Michael�that�s all I can really say about why this game is in my top ten. That's right, that's Michael Jackson on the right up there, I can't believe he had a cameo in this game.

Number 9: The Typing of the Dead

It�s House of the Dead but with a keyboard instead of a light gun. Just a funny, innovative game that has some learnin� in it disguised as fun.

I played this game long before I watched or heard of Berserk, always wondering why this guy was such a badass wielding a crossbow arm and a giganto-sword. A pretty well made hack and slash game that never really went anywhere. 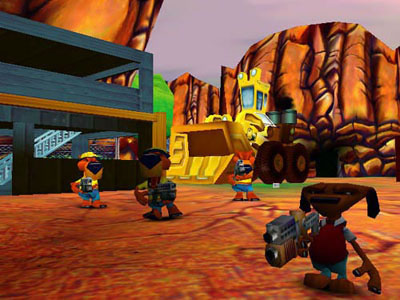 Dude, it�s a 3rd person shooter that involves shooting the stuffing out of stuffed animals. I�m no furry, but this was a really well made game. It eventually made its way to the PS2, but mainly under the radar.

I remember hanging out at a friend�s house playing this for hours upon hours. I remember this game fondly as one of the first true RPGs to make it to the console. The graphics were bright and crisp, the combat system was really well done, and the airship designs were just amazing.

I�m a real sucker for rhythm games, with that being said, this game took some elements of Para-para Paradise and made them their own. Instead of looking like a hand waving dance retard, you got to shake brightly colored maracas like a hand waving dance retard. You were even required to �strike a pose� during most of the songs, trying to match the pose shown on the screen, genius!!!

I had to pick this SNK masterpiece over many, many of the other SNK brawlers that were released on the Dreamcast, mainly because the fighting system is probably one of the most in depth and balanced they have ever made. Don�t get me wrong, this was going to be the spot I put Street Fighter III in, but I spent more time mastering Kushnood Butt and Terry Bogard�s moves and combos, than I ever did with trying to master using Dudley or Ibuki. One of my favorite fighting games of all time! 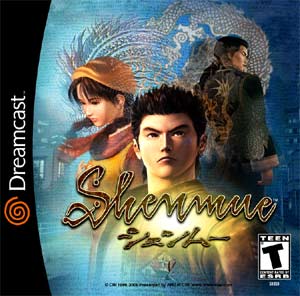 I must avenge my father�s death, but first, I�m going to get a part time job, race some forklifts, and do a whole bunch of other shit before getting back to that thing I said I must do. This was a very gorgeous game for its time, and was one of the best character driven RPG-ish games on the Dreamcast. 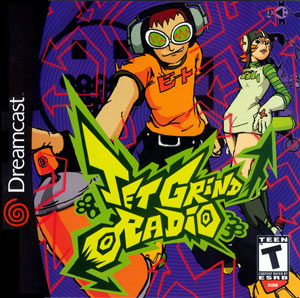 The original game before it was repackaged as Jet Set Radio: Future (loved that game too). Involving gravity defying inline skates and tagging, this was a game that oozed character. The cell shaded graphics were fresh at the time (before everyone and their dog made a game using it, I�m looking at you Capcom!), the soundtrack had great Engrish music, great Japanese pop, as well as some Hip-Hop, and the story wasn�t too bad either. I fondly remember the levels where you had to Tag the rival gang members in your colors. Awesome sauce here kids!

The name is provocative enough, but so was the way you interacted with the quirky main character. You see kids, the Dreamcast controller was able to accept all sorts of wacky peripherals, and Seaman came with a plug in microphone. Not only that but Leonard Nimoy (Mr. Spock himself!) did all of the voice work for this game. I don�t know how you�d feel after having a fish ask you when your birthday is and having him wax poetic for a minute or so on the virtues of a bi-partisan system of government. The animations were very nice for its age and the voice recognition was good as well, considering this was something like 6 years ago. There are a few bad things like the slowdown when the screen has more than 4 things going on and the fact you have to visit your seaman every 16 hours otherwise he bellies up. Go out and get this game and give it a try, its hella fun, and my number one Dreamcast game.

I�d like to thank you all for reading my blog, as always your comments are welcome, but please no whining that I �forgot something.� Keep in mind that this article is just a work of opinion and keep in mind that I�m a weird kid. Thanks again for reading!
#Community
Login to vote this up!