The Subtle Beauty Of Differentiating Life And Video Games

Today I took a walk 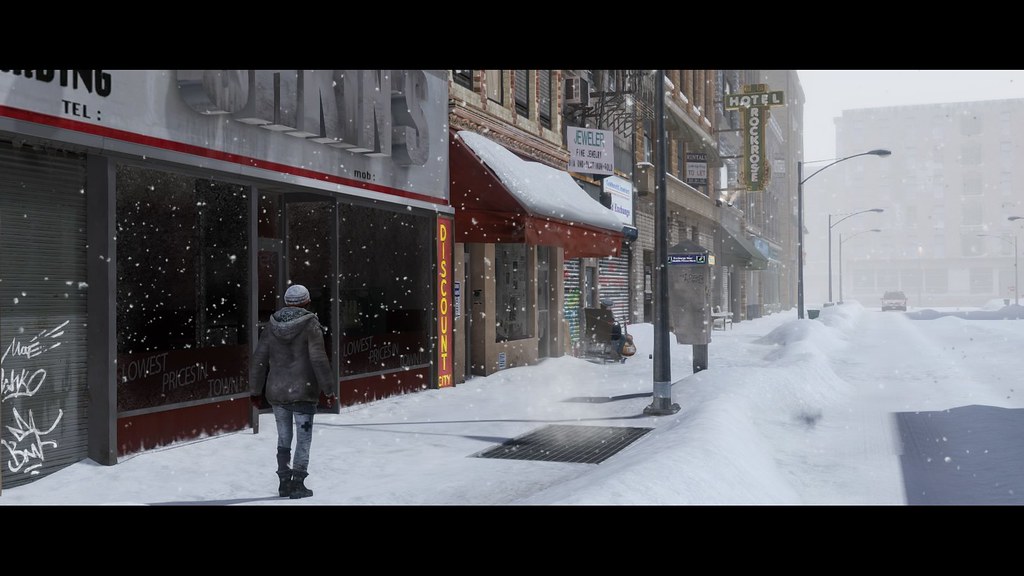 Working as a home schooling teacher for over 6 years now, the distances I have had to travel from my place to those of my students vary from time to time. Though most of those locations are near, the walks tend to last longer than expected. Today I woke up ready for a next day where online teaching comes first and home schooling second, and I was thrilled more for the latter. Why, you may ask? Because I have learned yet again the magic of walking and getting lost in a sea of thoughts with no real destination but with a clear sudden vision ahead, a vision that more often than not doesn't materialize but when it does, it feels like that trophy/achievement you once thought you would never earn.

I could have simply waited a bit more there

As I was walking, I couldn't help but to notice the 'anything goes' attitude of people regarding this virus we all know and have experienced in some way or another. Such recognition made me question my steps as I was making my way through which is approximately 15 minutes, but again, these feel longer. I felt like if I were a character within a David Cage game and this whole pandemic was but a chapter of what lies ahead. Wishful thinking, this is no game at all. And then it struck me: "Gerardo, you might be infected as well, maybe you just haven't realized it yet" and such words hunt me until I got to my student's place. Can I be like Jill Valentine and endure my way until things get sorted out? No, I can't do that. The idea feels me with hope in a hypothetical and non-existent world, I must admit.

But I decided to tackle my backlog

I arrived at the place, only to find myself waiting for naught as there had been some complications and stuff and communications were also affected, leaving me there to sit inside the residential area where it felt like a complete different world from what I have just seen a few minutes ago. "This limited freedom these people have over here, it feels wasted" I thought to myself as most of the recreational areas were desolated and I couldn't use them as I don't live there. Decision time came to pass again and I could have simply waited more for my student to arrive or play in the swings to enjoy 'freedom' for a change. I did neither. Instead, I understood that my decisions were being inside my head thinking as the whole situation as a video game so, why not play a video game to put my inner desire to play at ease? So I went back, beat the game and rejoice in the fact that I have just done what I really wanted to, and how I wanted to do it.

Many things could have gone wrong, though. Either on my way back I could have easily been robbed of my belongings as insecurity rates where I live are all over the place or, I could have arrived back and not be able to play because the power went out. The former didn't happen but the later did happen, just when I beat the game. My previous recognition of the road I had taken proved to be true: it's clear, and my experience with blackouts out of the sudden felt like a blessing this time around. If I had played a little later or decided not to play at all, I wouldn't have beaten the game and felt regret afterwards because that was my initial plan all along.

So, what happened after that? I felt happy. Yeah, there was no power, I didn't earn my day teaching completely and the feeling of not knowing what to do next engulfed me. Play on a handheld console? I have just beaten a game, I needed to do something else. Yet again, the myriad options where floating all over me but not even every controller known to man could grasp the possibilities ahead. And this is where the real world knocked at my door.

"Only half a day has passed, what are you going to do now? Let's not leave it be, man, do something. You had plenty of time to do nothing last year." I said aloud, and it was a revelation. At that point, I couldn't compare the situation to a video game the same way because sure blackouts are common over here but, Why at this hour? When will it come back? It is nationwide yet again like in 2019? It's like make do with a bunch of bugs when I am not a developer or a game tester but a simple player like the rest. How can I be a 'life tester' for that matter? It is what it is. All of these questions were only generating anxiety in me and believe me when I say that as someone with depression, anxiety is something I don't want in my life. So I remembered that there was this movie I had started to watch and finished it, to great effect.

And here, I saw the beauty of both worlds

If I were inside David Cage's Fahrenheit, my following actions would have resulted in failure due to how low my stats were so I needed to boost them, amidst all odds. Amadeus, a movie that had been recommended as I keep learning more about cinema was just the right thing I needed. I laughed, sweated, felt many things that did counter all of those negative thoughts that were invading me. A good tower defense? You bet. References aside, I used real life lessons learned through video games to face life itself. I guess this is what most gamers do from time to time, and I will continue doing this until Lord Raiden knows when. As stated, I'm a simple player. Heck, I'm only level 27 years old at that and I'm so not ready for many ordeals coming my way, but playing video games have taught me this much so, I'll continue to play.

Today I took a walk
I could have simply waited a bit more there
But I decided to tackle my backlog
In the end, I'm glad I dared.