7 years ago, my by then girlfriend and I decided to buy ourselves a console to play a lot of games on. It was 2013, yeah, but all the rage was on 7th gen consoles as prices were low due to the upcoming next gen. Once we bought it, a plethora of games came to mind to buy and our very first game was Super Smash Bros Brawl. After that, Just Dance games became our musts with every new release and multiplayer was more than guaranteed, and just like that the Nintendo Wii delivered great games of which I'll list down my top 10.

Being Resident Evil 2 my favorite of the saga and Code Veronica hers, this purchase was assured. Just like Resident Evil 5, to play this game co op elevates the fun to another level. Before Resident Evil 2 remake this was the closest to a new version of the beloved classic and what a nice one it was, same with Code Veronica with included boss fights not present in the original to good results. Operation Javier had it moments but that ending got me as two different endings were in store as it was believed such feature was dropped with the Outbreak games. Would love to play it again.

A very unpopular opinion: this game deserves more credit. Not only it feels like Capcom wanted to create a realistic inventory system (as messy as it can be at times) by dropping items wherever you want and that both characters have their ups and downs when controlling them. Such addition made the game actually resolve around how their uncommon partnership actually helps them find a way out of the nightmare they fell upon. It's story can feel off mid game, but I'm glad Resident Evil 5 expanded upon what this game introduced as of the origins of the progenitor virus. It's a graphical marvel with risky design choices not for everyone.

How did I even find out about this game? I do not know but, I'm glad I did. It seems like a simple 2.5D platformer at first but with the twist of controlling a shadow and moving around shades instead of any kind of surface. Reflex play a major role here as well as thinking exactly how to proceed as one false movement can make you do an entire setion all over again. This game is proof that simplicity works wonders when done right.

Oh my, when I played this game I knew why all the fuzz back in 2010: it improves around everything from the original. Bringing back Yoshi is one thing, but perfectioning an already revolutionary formula? How did they do it? Anyways, everything that should have been written about this game has already been written so yeah, kid or adult this game delivers absolute joy.

Resident Evil is my favorite game series as you can see in my banner so this is no surprise. Remake was good and all and Umbrella Chronicles left me with many questions but this edition of a game already reaching near perfection managed to keep itself fresh with motion controls. Trying to get a 100 hit ratio can be either easier or harder depending on your handling of the Wii remote so this already adds another layer or tension and adrenaline to a game filled with those. 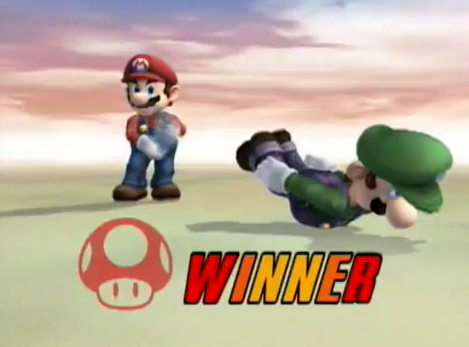 A game that even my brother played due solely to its unexpected story mode. A game that made me love Luigi even more. A game that marked me, my ex girlfriend and every one around us back then. Nintendo did something right here and I fondly thank them. Those final smashes, tho.

Bringing back a groundbreaking series back from the dead after 14 years seemed like a hard task to do but just like Retro Studios revitalized Metroid, they did with Donkey Kong. Easy to play, engaging and fun both solo or co op, it felt like a remake but it was actually a brand new entry full or surprises and top notch production values. I know that when I get to play its sequel I am going to feel like a kid all over again.

I now believe I have something with the word 'lost'. Actually, it was the poetry on its title what captivated me and prompted me to give this one a try. A game divided into two, Lost Winds sets the stage of a boy controlling wind to save his world in 2.5D platforming, metroidvania adventure, while Lost Winds Winter of the Melodias goes personal involving a Fable like story that feels refreshing while also improving upon the original. Both games can be finished within one day but trust me on this: LostWinds has this touch that may on its beauty, its pace or innocence that seems to be kinda forgotten in games nowadays. 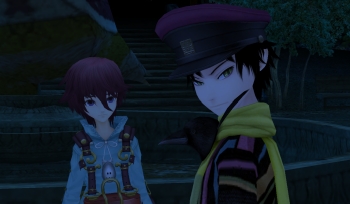 We all had that era, right? When anything anime related is something we want to learn about or try just because. Well, such was the case with this game plus that it was a survival horror one in the description I read by then. Surprise, this game is one of those long time gems that only happen once a life time. As a story driven gamer myself, Seto's journey is filled with emotion, Crow's existence reminds what is to be human and the game's isolation narrative is wake up call to go out there and find your place in the world. Gameplay wise some choices are not the game's forte per se, but when both the narrative and the gameplay merge the experience is like no other, for better or worse. Nostalgia and melancholia fills this game from beginning to end. Oh, the struggle to find the world's memoirs and then listen to them knowing there is no one now, a journey to humanity's weakest and yet strongest feelings.

The Legend of Zelda Skyward Sword 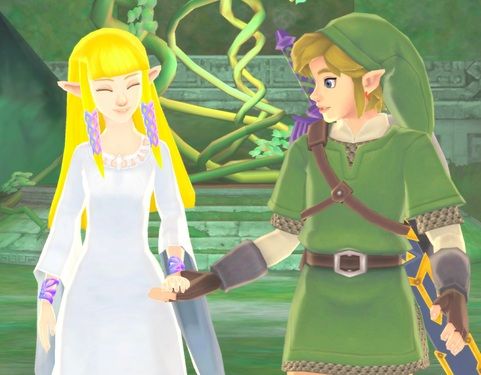 Another unpopular opinion: this is not only the best Wii game in my opinion but also the best Zelda title. I haven't played Breath of the Wild, maybe when I do this will change but in the meantime, let me explain why I love this game so much. First: risky as hell introducing quite the features that even made their way into the next installment that worked as planned to try and reinvent the formula. Did it still feel familiar? Yes, but with tweaks here and there new to the series. Second: packed with an emotion filled story where no character feels out of place and everyone plays their part just fine. Its villain is a perfect example of how the bad guys should interact with the protagonists to make each encounter feel relevant and entertaining. And finally: full use of the console's capabilities. Yeah, this is a not an open world Zelda game but all of its areas have these details not only graphical but substantial to make feel traveling like a journey to the unknown. Wii motion plus gave it all in this game, mistakes included, but still this is an immersive experience once past that issue.