The Polarizing Path of Practice to Perfection - MGR:R 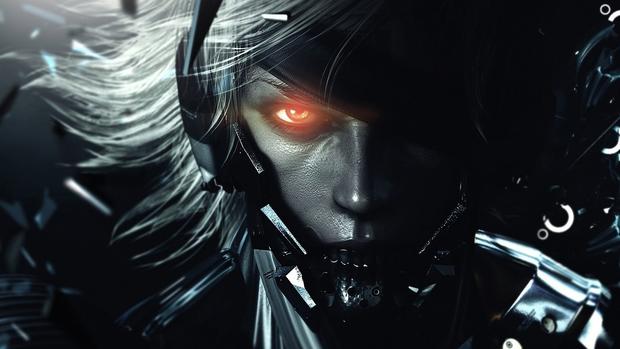 I knew as soon as I fired up the demo for MGR:Revengeance that it would most likely end up being a very polarizing title. First of all, it's Metal Ge(eeee)ar, secondly, it's Platinum at its finest, and lastly, it's simply not for everyone. This won't be the end-all, be-all action game for every taste, so I expected some bad reviews coming from people who weren't going to appreciate the game.

What I didn't expect, however, was why the negative sentiment for Revengeance would come. The source of that criticism came as a total shock to me. 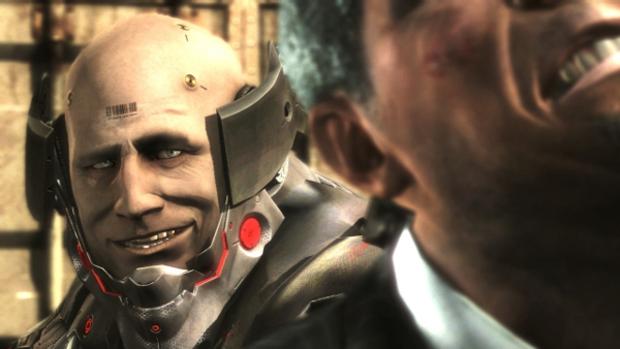 I can see people being turned off by the characters. I mean, there's a stereotypical Russian man named Boris, a big-boob blonde, a schizophrenic protagonist with a bad case of Jekyll and Hyde syndrome, Jar Jar Binks as portrayed by a 13-year old boy, not one, but two lumbering rednecks, an odd amalgam of Will Smith and Ludacris, the slutty boss, the creepy boss, a returning cast member who only got more cliche and annoying, a German mad scientist with a heart of gold, a robot wolf and samurai Antonio Banderas. I get it, it's zany, it's Nihon-kitsch, it's Metal Gear at its finest. But this wasn't the thing that most negative reviews focused on. It wasn't the soundtrack either, which in my opinion isn't half bad, and pumps high-action scenes along wonderfully well. 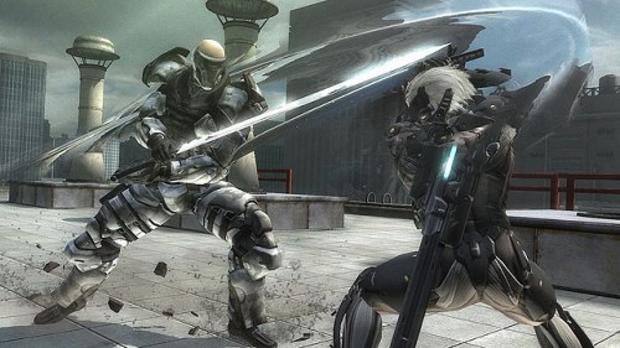 No, it's the gameplay that threw a lot of "professional" game reviewers off.

I understand that the VR tutorials don't really give you "all you need to know," and the shop screens give you unlockable attacks but no real idea how to execute them. This is a wonderful thing, if you ask me. It forces you to learn how to play the game effectively. 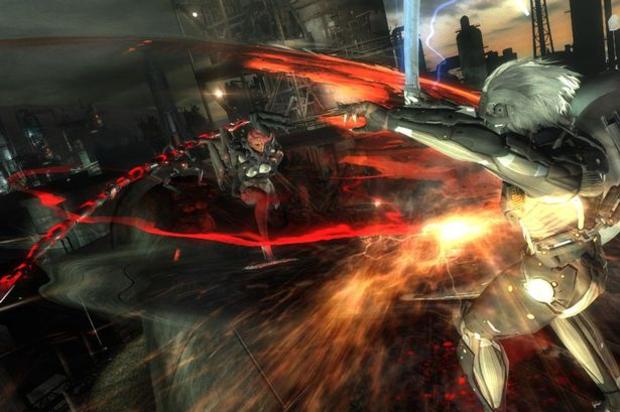 I remember playing Street Fighter II, the original arcade classic, at my local skating rink in 1991. I remember there wasn't the screen border art that told you how to do special moves at that time, you had to learn by playing, or learn by someone teaching you because they had either found the technique themselves or learned it from someone else. Either way, someone had to have figured it out on their own, and that gave you a certain sense of accomplishment when you learned something that, pardon the pun, changed the game. It was empowering. 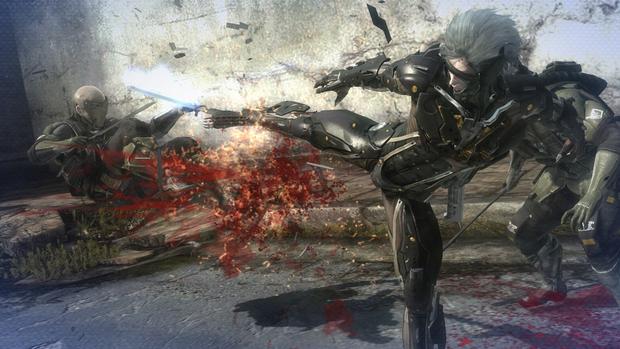 In a game based on controlling a protagonist with damn near limitless power (and surrounded by enemies who act as reservoirs of your power), that sense of empowerment is not given, it is earned. Sure, you earn the move by unlocking it with your BP currency, but learning how to utilize it reminds me so much of SFII - there's no cheat sheet in the game, you're going to need to experiment in live combat to figure it all out. You're going to learn how to dodge and parry punches because you're tired of getting hit. You're going to learn how to use Blade Mode correctly, parry effectively and to how to consistently trigger conditions for Zandatsu attacks. Because if you don't, you will have a frustrating time with this game, and that isn't necessarily the game's fault for being that unforgiving. It only rewards those who truly learn from failure, instead of lamenting over their losses, blaming anything and everything but their own lack of understanding and never turning back.

I've read a review (not listing which it is, just hit Metacritic to check through the low-ball scores) where the reviewer didn't even finish the game due to sheer frustration. I've read another where the reviewer lamented over the lack of a dodge attack, even though it's so low-priced that it's able to be picked up from the shop as soon as you enter the very first stage where you can access the skill tree. At that, it's not even the least bit difficult to use (X + A / Square + X), and it's not a very long experimentation stretch to find it once it's been unlocked. I'm seeing a strange trend of polarization that cuts (again, pardon the pun) a very well-defined line "between the boys and the men" who play this game, and while everyone is most certainly entitled to their opinions, I find myself having trouble understanding the criticism of gameplay. Maybe it's because I come from a time where Megaman 2 forced you to learn the pattern in Quick Man's stage, or else those beams would forever bar you from even finishing the stage, or you'd sacrifice your Flash Stopper to get there without the one weapon that would serve the most purpose. 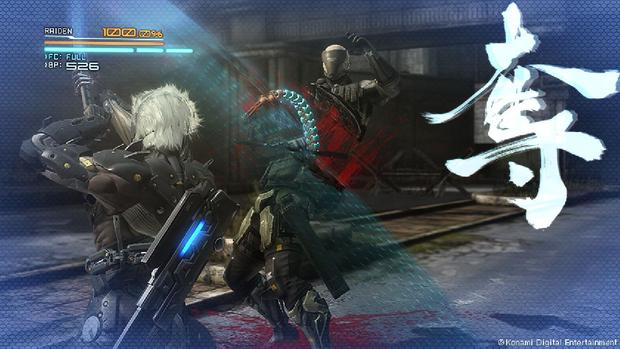 There are some who will not understand that the length of the game is suited to multiple playthroughs, rather than a "one-and-done" kind of experience. If you play it and beat it, play it again and notice the difference. Situations that gave me trouble in the first run are now absolute and total fucking slaughter scenes. The power they give you in this game is overwhelming. Most games shy from making your character "OP," but here, they completely revel in it. They bathe in the power you're granted, in fact, it's more like they drown you in it. 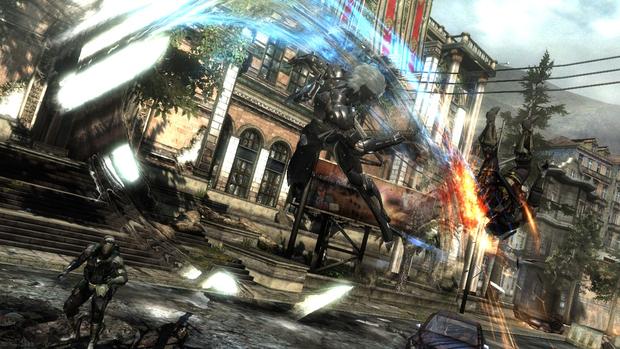 Case in point - the first three soldiers that jump you in the demo are the same that jump you in the true first stage of the game (past the prologue). I have always fought them with parries and chained attacks. On my second playthrough, I jumped and immediately entered Blade Mode, and proceeded to swipe a perfect horizontal line, completely vivisecting three enemies in tandem. The fight, which took 48 seconds on the first playthrough, was shaved to ten-point-five-nine, from start to finish. Give me another game that gives you that degree of "fuck you, you're dead, goodbye" kind of power. You may find one, but you'll be hard-pressed to do it. 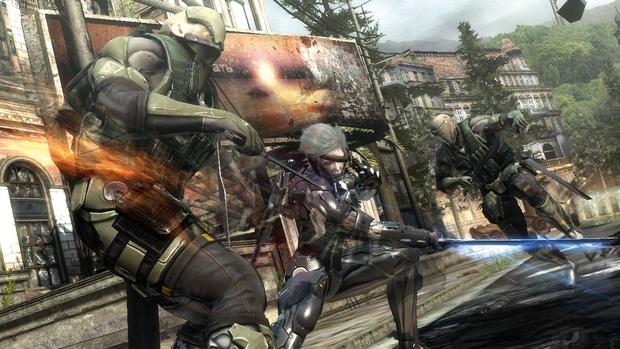 In closing, I know that the game wouldn't be for everyone, because it would require effort and patience - a strange cocktail in a game seemingly based on immediacy and frantic, visceral action. But hear me well when I say this to you: if you are finding it hard to do something in Metal Gear Rising: Revengeance, then believe me, you're doing it wrong, and it's nobody else's fault but your own. Own up to it, and get better at the game.

The question is, will you have the patience to learn how to do it right? If you do, you'll find what might be the most intrinsically rewarding game you've played in a long time, same as I did.


And on that note, I'm up out this bitch. 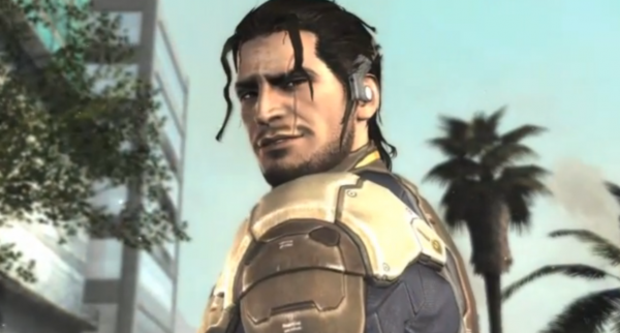