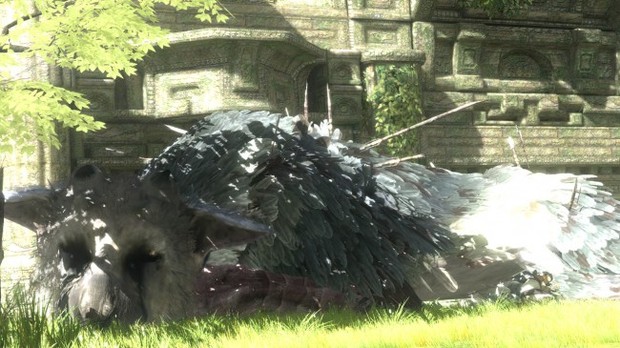 I am officially giving up on The Last Guardian. �This is probably the saddest day I've ever had in this hobby, and that's out of twenty-eight years playing video games. �This day, right here, is when I watched the purest of videogame hope die. �That's not hyperbole. �That's very real.

And Sony, you giant, sprawling multi-national corporation, you. On the beyond remote off-chance that you're out there reading this, I'd like you to know one thing and one thing only about that hope: �you killed it. �With your bare-mother-fucking-hands. �Nobody else. �Nothing else. �And I am sure as shit that I'm not the only one who feels that way right now.

"But Urrday, it's not like they canceled it." �You might as well have, at this point. �Stop dicking all of us around and just decide on whether or not you're going to put a bullet in it already. �Now you're just being cruel for the sake of being cruel, and if you can't see that, you're far worse than your fans ever thought you were. �Just shit or get off the fucking pot.

With that said, I'm going back to the week's E3 coverage. �It's going to be interesting if I can muster up the energy to care anymore. �I certainly won't get this emotionally invested in a videogame ever again, that's for sure. �This hobby used to be about inspiring that childlike sense of wonder...now, I guess they're more in the business of extinguishing it. �

But, hey, there's always room for some more fucking zombies, right? �Right? �Guys?
Login to vote this up!