Discussing: The Benefits and Detriments of Emulation

I recently updated my Nintendo 64 emulator, Project 64, after finding out it had an update this past year, and downloaded new graphics and audio plugins, Glide 64 and Azimer’s HLE Audio. After doing this, I realized that two games that had major graphical and audio inaccuracies before on the emulator, Paper Mario and Yoshi’s Story, were now mostly fixed. I decided to take advantage of this and start playing these games. However, I also knew that I could buy these games on the Wii U and Wii, as well as the original Nintendo 64, which I do own. I was tempted to buy them but am strapped for cash. For now, I’ve decided to stick with the emulator versions but am still on the fence because of the benefits and detriments of emulators.

These points don’t apply to every game that’s played on an emulator but this does apply to more than just these two games. First off, as someone who doesn’t have much of a disposable income, the prospect of playing these games for free is appealing. For me personally, if I can get it for free, I typically will. People who play games on emulators, or torrent games for that matter, are people who weren’t planning on buying the game in the first place or are unable to at that moment. This makes an unofficial free gateway to enjoy these games before deciding to buy them.

Second point, the games are at a higher resolution on the emulators. This might not be true for the Wii U ports but it definitely is for the original versions. The games look sharper and crisper thanks to the higher resolution and if you decide to use the filters many emulators provide. Hell, there are even some games that have graphical mods that can only be used with emulators. I mean, look at this mod for The Legend of Zelda: Ocarina of Time. Doesn’t it look awesome!? 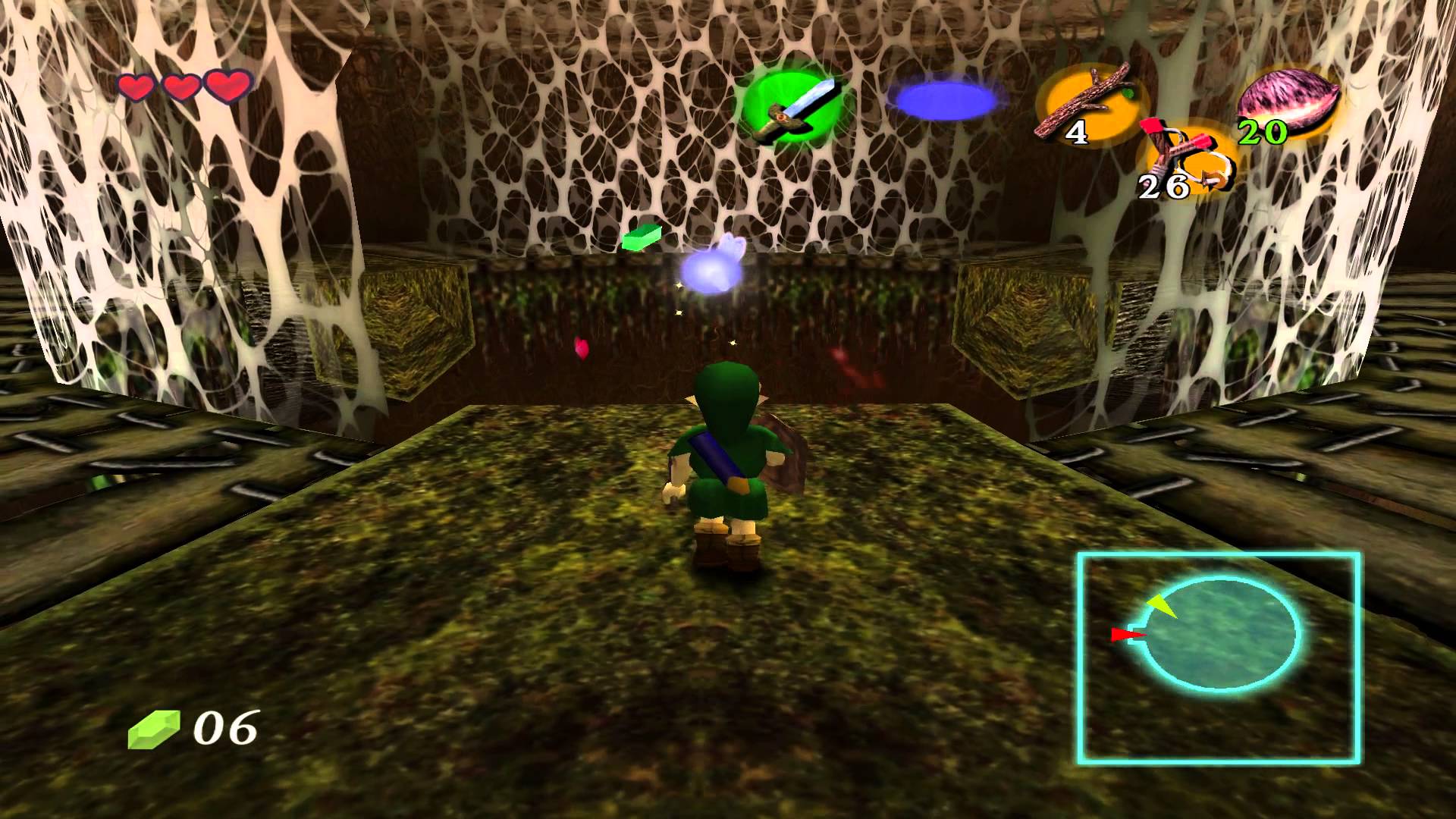 Third point, control configuration freedom. I don’t care what anyone says, the Nintendo 64 controller is weird and most games on the console will play better on a different controller. As such, I’ve been using an Xbox 360 controller to play and it has been great. The analog stick is softer and more accurate than the N64 controller’s and I can map the buttons anyway I want. I love having the extra options. Even better though is you can use whatever gamepad you want! PS3 controller, arcade stick, keyboard, you can even buy a N64 USB controller and play the game just like the original. Hell, I might even do that just so I can have the option. Hurray for options!

The final point isn’t as impactful for me personally but you can’t deny that having access to save states and cheat codes isn’t nice. I typically don’t used them often and save states are available on the Wii U and cheats are available if you have a Game Genie or Game Shark on the original console, but emulators make them easily accessible and typically offer more options, such as multiple save state slots, customizable cheats, etc.

However, there are some detriments to emulation. For one, typically there are some issues. Even though the major issues with Paper Mario and Yoshi’s Story have been fixed, there are still some graphical hiccups that are noticeable and do remind you that you aren’t playing on the real thing. Sometimes, a game is completely playable up to a point and then because of a bug with the emulator, you can’t continue on. There’s a bug like that with Super Mario Sunshine on the GameCube / Wii emulator Dolphin that makes it impossible to beat the game. On the mission where you need to clean up Sirena Beach, the game won’t register that you cleaned all the goop and won’t give you the shine. This is one of the shines required to reach the end of the game so you can’t finish the game.

Secondly, if you want to have a great experience with emulators, you are still going to have to spend some money. You need to have a controller or something to play it properly unless you want to deal with playing on a keyboard. You want to play on a TV? You’ll probably have to get a long DVI to HDMI cord to plug your computer into your TV and that’s only if you have your TV in the same room as your PC. Hell, I just talked about wanting to buy a N64 USB controller earlier. That doesn’t sound that free to me.

Thirdly, it can be a hassle. If I were to buy Paper Mario on the Wii U, I could just load it up and it’ll work. On the emulator, I had to update the program itself and download newer graphics and audio plugins to get to work. And that’s with some glitches still. Now, there are some caveats to this. An original copy of Paper Mario might not work right away due to age and the save battery inside the cart might be dead but when it was originally released, it would work fine. Also, we live in a time where new games often don’t work properly at launch. The problems with the video game industry right now that allows this to happen is a discussion for another time but in theory, the expectation is that when you buy a game, it’ll work without any extra leg work on your part.

Finally, the developers of these games aren’t being paid for this. This doesn’t really refer to the original releases so much as it is the re-releases, such as the Wii U Virtual Console. Most people who play games on emulators don’t buy them later unless there’s significant updates. However, I personally like to buy things if I enjoyed them. That’s why even though I have a Nintendo 64 emulator where I can play the entire console’s library for free, I still own an actual Nintendo 64 and have it plugged in to an old CRT so I can play Banjo-Kazooie, WWF Wrestlemania 2000, Waverace 64, and the other games I own for the platform. That’s why I torrented Call of Duty: Modern Warfare 2, played through the campaign, liked it, and then deleted my torrent copy and bought the game on Steam when I had money. 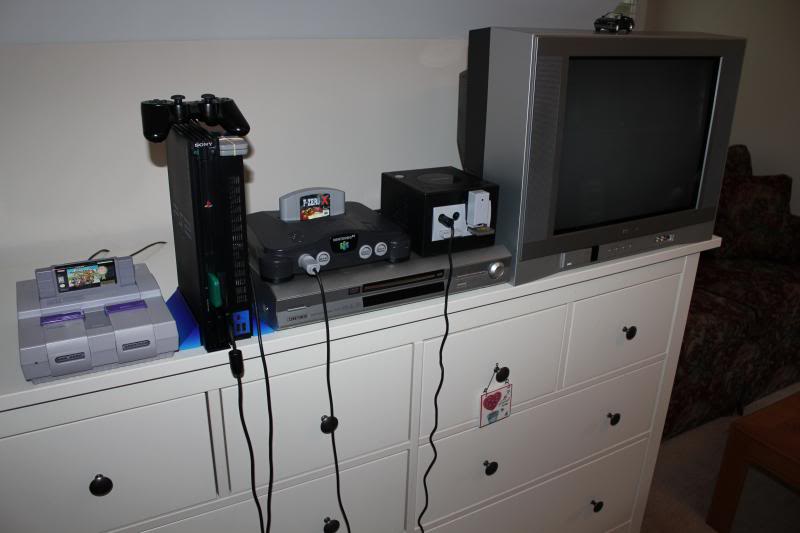 Right now, I’m playing through Paper Mario and I’ve already finished Yoshi’s Story, though I’m thinking of going back and playing through all the levels, finding the hidden White and Black Yoshis, and seeing the “different” endings. Yeah, in case you didn’t know, most of gameplay in Yoshi’s Story is optional. That’s why you can beat the game in an hour or so. However, when I get the cash, I would like to not only buy Paper Mario on the Virtual Console, but get the original N64 cart. This applies to Yoshi’s Story too. So what are your thoughts on the positives and negatives to emulation? Are you a purist? Where do re-releases like on the Virtual Console fall? Does emulation have merits outside of playing a game for free, perhaps in terms of preservation? Let me know in the comments section and let’s get a discussion going. Peace and Love, gamers and players! Colorwind out.

#AzimersHLEAudioDiscussingemulationemulatorsGlide64N64Nintendo64PaperMarioProject64VideoGamesVirtualConsoleWiiWiiUYoshisStory
Login to vote this up!