Violence In Video Games Is Overdone 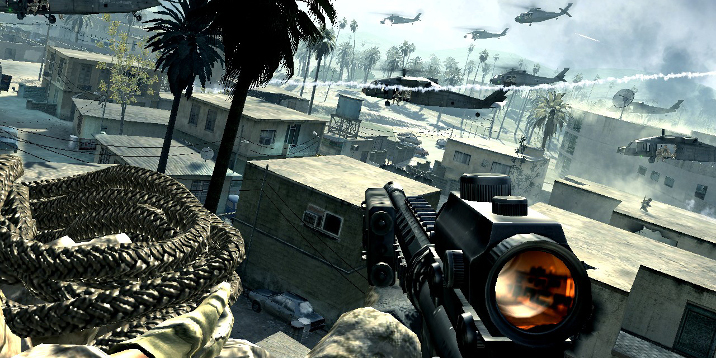 Some of my favorite video games are violent. If one was to take a gander at my Steam library or Xbox Live history they can find the overwhelming majority of my playtime was devoted to titles which contain some form of violence. I don't think there's anything inherently or ethically wrong with enjoying a violent video game, nor do I align with the "anti-video game" crusaders advocate for the removal of violent content, as they claim digitized forms of violence are what motivates mass shooters. This is a big step from reality, as the billions of people who enjoy video games do not parallel with the statistics of murderers and therefore shouldn't be held responsible. I'm not for completely eliminating violence in video games. The issue in game design is not violence, but the rehashing of it in an endless cycle of familiar tropes is.

Stagnation in creativity has been an ongoing problem in contemporary video game design for decades. With the array of genres the industry has accumulated over the years, the vast majority rely on a gameplay feature which involves disposing of an opposing force. Even early games like Super Mario Bros(1984) and Pac-Man require the enemy opposition to be "flattened" or eaten by the games central mechanic.

There's only so much the industry can do with the same recycled animation of shooting, stabbing or maiming. Many of these sentiments will be analyzed through examples of how violence in games is overdone, what challenges the industry faces and a proposed solution.

Video games are defined as "a game in which you press buttons to control and move images on a screen"(Oxford dictionary, n.d), but there is more to video games than  simply manipulating an object on a screen. Programs such as Adobe Photoshop allow for users to interact with objects but using Photoshop wouldn't be categorized as playing a video game. Webster's dictionary defines violence as "the use of physical force as to injure, abuse, damage, or destroy."(Merriam-Websters collegiate dictionary, n.d).

The main issue is that the big titles are continuing to rehash the same cycle of tired tropes. Sure, what's not broken cannot be fixed, right? But, what is not broken is what's being repackaged and resold with a different coat of paint over a familiar blueprint. Aside from the occasional indie release (games made without the support of a major publisher), the titles at each years Electronic Entertainment Expo (E3) are usually dominated by flashy visuals depicting guns, magic or combat style in the gameplay footage. 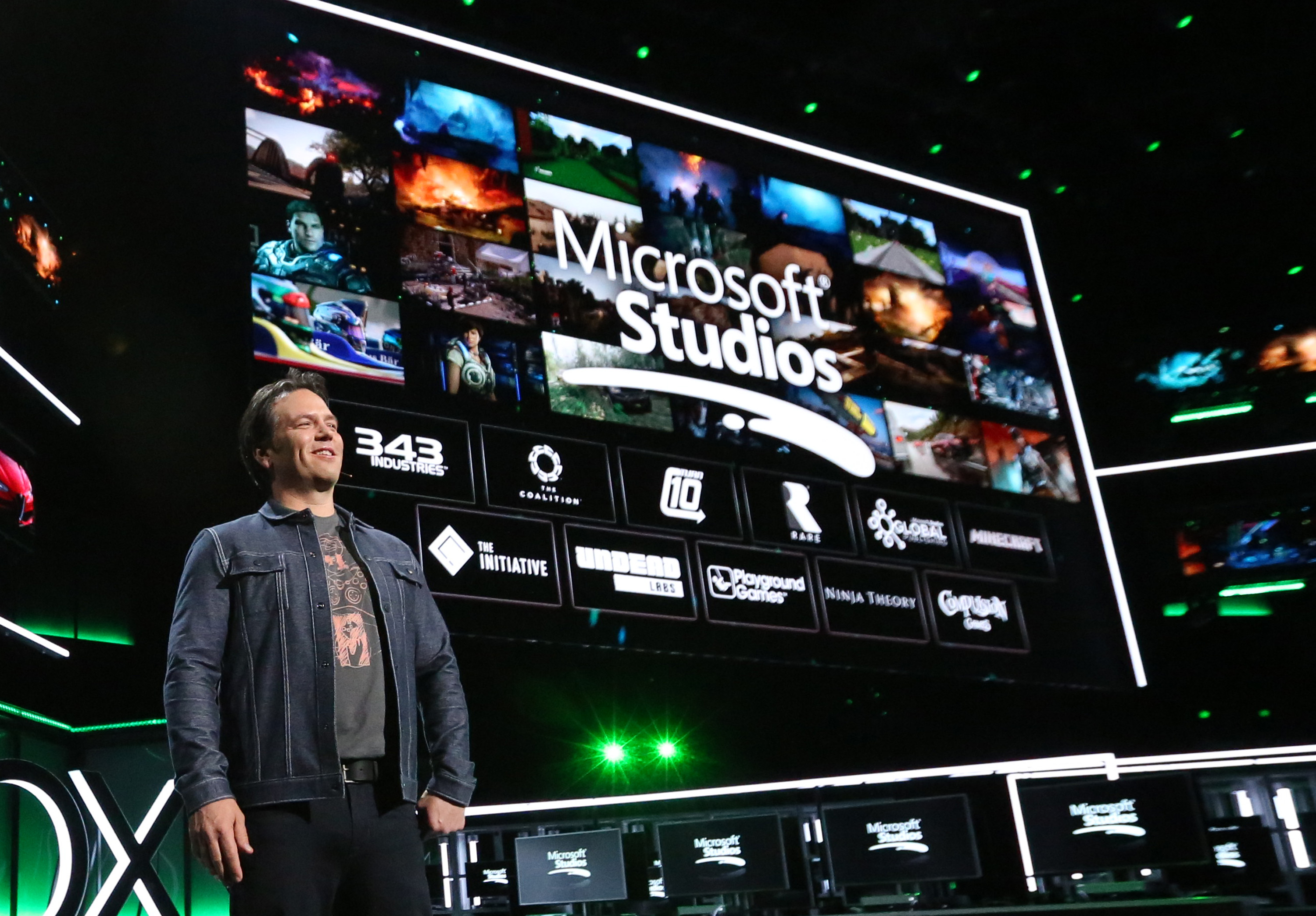 In recent years, there has been controversy as to what can and cannot be considered a video game. Titles such as Gone Home  and Mountain  are marked off as interactive story telling devices rather than games because they do not feature any competitive element. But most video games, especially those of the blockbuster variety, emphasize some sort of objective for the player to complete, and includes a punishment for failure to accomplish the required criteria for victory. Whether the goal is to retrieve an item, solve a puzzle, or fend off an onslaught of ravenous beasts, a video game in the traditional sense usually puts some sort of roadblock for the player to overcome.

The thrill of winning is quickly diminished if the goal is achieved with little to no effort. Violence is an easy way for developers to emit some sort of struggle by putting the player in a situation where the act of completing a challenge is solved through a combat-like scenario. Fundamentally, the majority of violent video games boil down to putting a character in an environment, equipping him or her with a plethora of powerful techniques or weapons, and providing them things to kill. The problem is that developers continue to fall back on this overused formula.

Video games can still be praised for continuing their many innovative ways to explore violence. Platinum Game's Bayonetta rewards players for successfully evading an enemy attack through a time reduction sequence called "witch-time", which makes dealing with more powerful and quicker foes easier. The 2005 Game of The Year recipient Resident Evil 4 kept it's formula fresh by introducing an over-the-shoulder camera, removing the ability to attack and move simultaneously, but provided a more intimate perspective with controlling the games central protagonist Leon Kennedy. Both games force players to rethink the strategy when handling enemy variation handle, but also heightens the thrill of dealing with danger while still remaining very gory. For decades game developers have explored new and invigorating ways to implore violence in their games, or take an already used mechanic and expand on it to create a more refined experience, but there are only so many times the player can save the world or defeat the opponent through combative means. 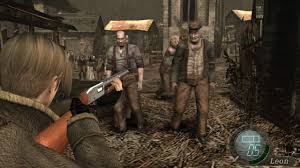 Imagine if the film industry followed this same set of guidelines for the plot of each film, where there was one blueprint that each director used to convey the story. If this were the case, moviegoers would not have experienced the likes of Citizen Kane or Casablanca. Yes, just as film has horror and spaghetti westerns, games have genres like role playing and first-person shooters. But games lack the plethora of other titles film creators have introduced to contemporary film design. Sure, gamers have explored vast universes set in colorful landscapes, mythological kingdoms, and cities paralleled to the real world, but the majority of those games are experienced with gameplay that involve violence, often over the top, cartoony or more serious.

Quentin Tarantino's highly violent Inglorious Basterds shared movie space the same year as Fantastic Mr. Fox and Invictus, both of which explore different storytelling parameters than gratuitous violence. Aside from the yearly slew of racing and sports games, the major releases for the video game industry are mainly for the likes of Assassins Creed , Call of Duty and other action oriented titles.

The main challenge the game industry faces is refusal to change. When success has been accumulated by using the same tactic for years, what motivation would any major publisher have to branch out? When one strikes oil, there's no reason to mine elsewhere. And, this well hasn't been dry for decades. To say the industry should stray from the accepted formula is to suggest that the company put itself into a position which would hinder their sales and marginalize profits.

Red Dead Redemption II, Rockstar Games most recent game, was put together by over one thousand people: writers, developers, animators, and more. The cost of marketing, advertising and distribution, healthcare for employees, equipment, and building space skyrockets the budget. With the costs piling high, any publisher wants the best shot at success because its aim is to turn a profit. It is estimated that the total cost of Red Dead Redemption II was over $644 million dollars (Takahashi 2018). Those publishers would need to follow the formula for success to recoup the lost revenue, so introducing a massive change cannot be easily implemented. Another familiar common occurrence within the industry is the "follow the leader" approach. Cover-based shooting mechanics started to crop-up more often in games when titles like Gears of War and Uncharted helped popularized the feature. Then in 2009, gamers saw the rise of the Multiplayer Online Battle Arena (MOBA) genre, where players participate in teams from an isometric camera angle whose goal is to eliminate the opposing side's base, while trying to prevent the opponent from doing the same. Today, the Battle Royale genre sits at the top with successors like Fortnite and Player Unknown Battle Ground, games which put hundreds combatants in an ever changing arena, to compete over who is the last one standing. Because franchises have already proven to be a success with this formula, it is certainly less risky than charting into unfamiliar territory.

One way to help remedy this lack of creativity is for major publishers to test the waters with smaller projects. Scaling back on the graphical fidelity or scope with stylized set pieces could help devote a portion of the budget to something that has yet to prove itself audience worthy. This would ensure that innovative design techniques could be implemented without the burden of putting multiple jobs and profit at stake. Smaller studios lack the finance and publicity support that major publishers possess, however giving these studios creative freedom could help expand new game design ideas and foster already familiar creations. One such example occurred in 2007, when the video game developer Valve invested in a small game development team based on a presentation which highlighted a mechanic of solving puzzles through a means of teleportation. This game went on to become Portal, a first person puzzle game with the objective to evade dangerous chasms and traps set in a boxed-in laboratory like setting. The game was bundled together at launch with a compilation of Valve's already popular franchise, Half-Life 2, and its expansions: The Orange Box. The compilation of games already from a pr-established franchise allowed Valve to experiment Portals popularity before cementing it as a standalone franchise, to which it went on to garner a sequel and earn multiple game of the year awards.

Allowing for new experiences to enter the medium of video games could help further expand contemporary game design, and help evolve what has already been established. By refusing to branch out, gamers are only limiting themselves to one small piece of a much bigger pie.  This is a pie that can come in many flavors and satisfy all taste bud desires. Refusal to challenge the status quo will ensure that we will just be playing the same recycled cover-based shooter or fantasy role playing segment for many years to come. Not every form of innovation is worthy of praise, but the ship will never trounce the murky waters if it doesn't have the courage to set sail. Games don't need to do away with violence entirely. In essence, exploring newly incorporated video game playing methods will help set forth for untapped potential, which can result in new mechanics that can only make violent games better. There should always be room for the Grand Theft Auto's and Dark Souls in our gaming spaces, as long as they're accompanied by the likes of the Journey's and Katamari Damacy's.