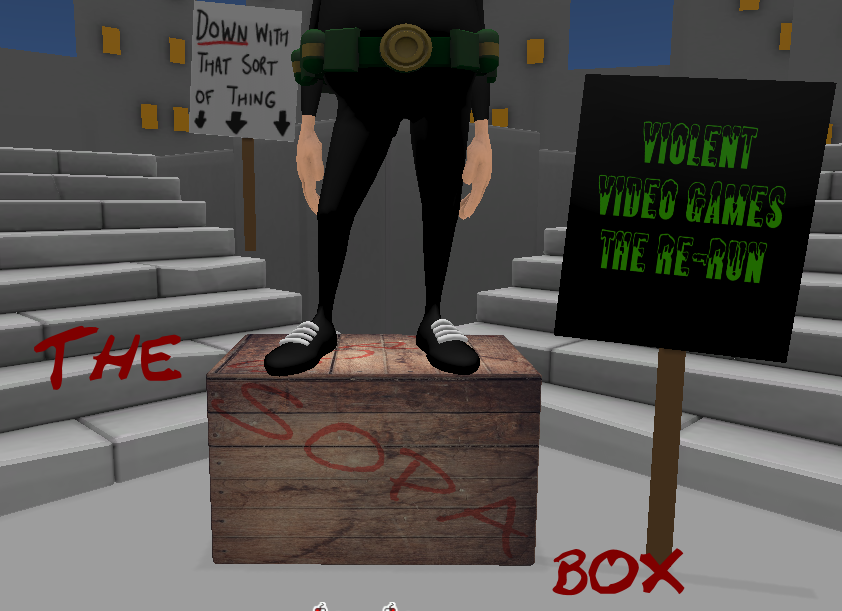 Did you know in 1930 the hays code was established after a well known actor was accused of the rape and  in doing so causing the subsequent death of an actress following a Hollywood party?

It's a strange story but it's one of the few surviving records of Roscoe "Fatty" Arbuckle, who was ultimately found innocent. His innocence came after it was found multiple witnesses had ulterior motives in testifying against him up to and including blackmail.

The scandal of the trial had dragged on a long time dragging  the image of Hollywood down with it. So much so that it was viewed as a highly immoral, prompting concern that the sex and violence of early Hollywood films were causing moral decay in America. 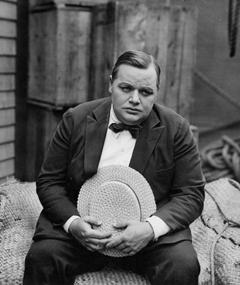 Why am I going over this? Well it seems highly appropriate to point out a very well documented past push to blame the worlds ills on media. What I'm going to do now is to condense many previous C-blogs on the subject into just this one, because once again people are trying to blame video games (and possibly films too) for violence.

With president Trump's previous conference about the idea of violence in video games causing shootings  it's worth going over the past. Additionally with more recent idiots also jumping in on blaming games again; it's finally spurred me to finish and publish this C-blog which actually was mostly written many months ago. 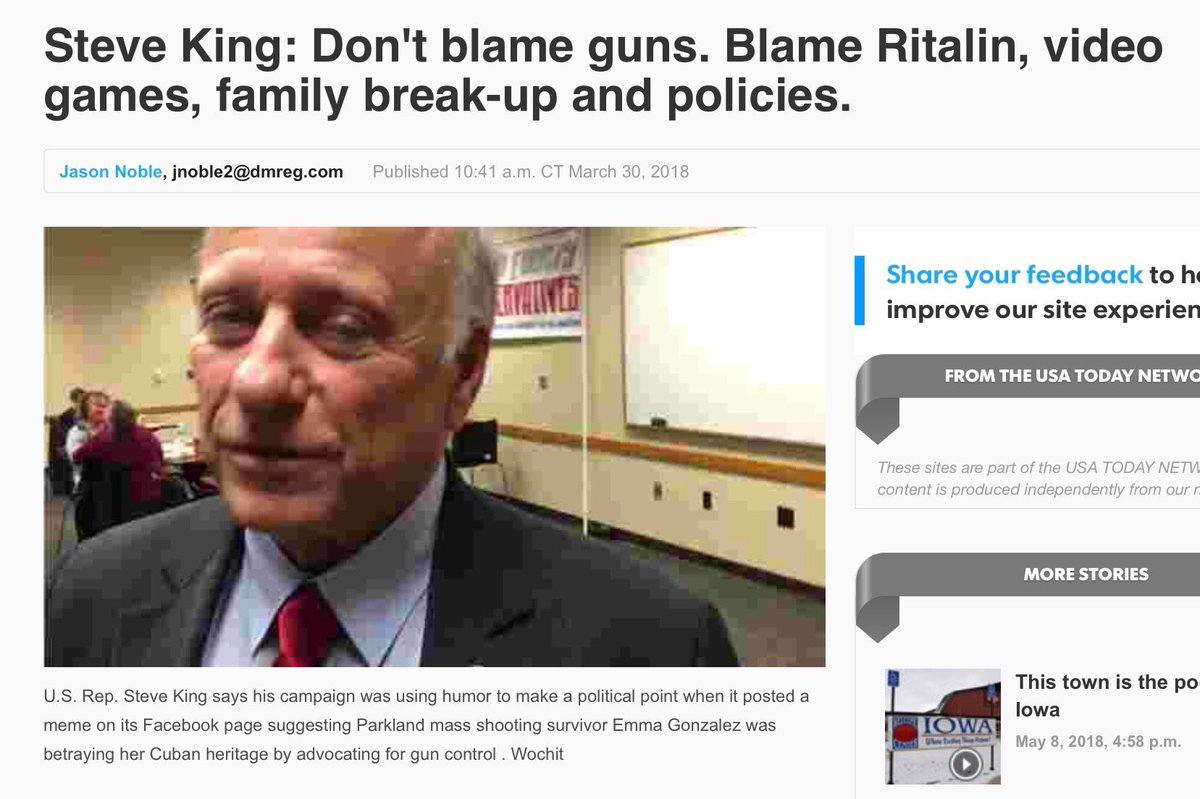 Often brought up are Trump's previous comments about video games which in context were made not long after the Sandy Hook shooting. A shooting which Obama called for congress to fund research into video game violence as part of a plan to reduce gun violence. This also saw vice president Joe Biden meet with ESA executives to discuss the subject.

What Trump did isn't that new and so far there are 'conflicting' accounts of the meeting. Now firstly to the few extreme people who said people shouldn't show up? 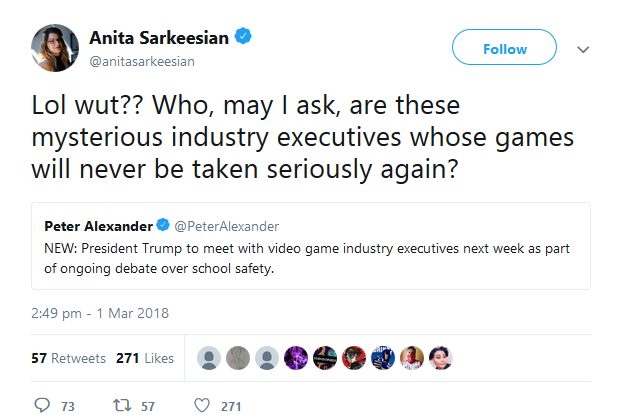 Well what a stupid move that would be at least this ways the industry can say it damn well tried.

So far little has been done by Donald Trump, but that doesn't mean I'm not concerned President Annoying Orange couldn't still do something stupid. It is somewhat concerning to see the Whitehouse putting this unlisted video up though.  Let's get one thing clear, I'm a far bigger fan of Obama than Donald Fart. Now what better way to follow up a low brow fart joke than to go into the complex subject of learning theory and how it's applicable here.

Most of the present understanding of learning theory comes from the work of, and work based on that of, Jean Piaget and Lev Vygotsky both Psychologists. I'll leave Vygotsky for nearer the end of this bit as his research will have more relevance with an understanding of Piaget's.

Piaget postulated that the brain develops what he called schema that are ways we understand the world and as we age and gain greater understanding and greater capacity to process more complex ideas. This happens in 4 main stages. As we gain more understanding of the rules of the world and how things work adapt those schema. A simple example is the fact at a certain stage for a certain period most young children will have a phase of calling most men Daddy and or most women Mommy. It's a shockingly common thing that most people reading this probably did. The reason for this is that we learn Mommy or Daddy but we don't truly know what the word applies to so we end up calling all men Daddy for a while and or all men Mommy. Now this is generally pretty embarrassing for parents so they tend to apologise to the person and tell the child "No that's not Daddy / Mommy that's a Man / Woman". Now as the parents continues to correct the child the child adapts their schema to now be something like "Mommy = this specific woman" and "Daddy = This specific man".

A more complex example is learning about animals, early on a young child will learn of either a cat or a dog. They're simple words, so they're often introduced early.  A fairly common thing though is even with pictures a child will look at the animal and say the wrong one; often whatever they were introduce to first. Their schema is something like "Animal with 4 legs = Dogs / Cat". So through telling them repeatedly "no that's a Cat / Dog" they slowly start to examine if the Schema they have is right and adapt it to be something like: "4 legs and barks = Dog" and "4 legs and meows = cat". All this applies to actions and what is seen as acceptable, not just random things like cats and dogs. The teenage years are when most Schema are fully forming and we believe we understand the world mostly. 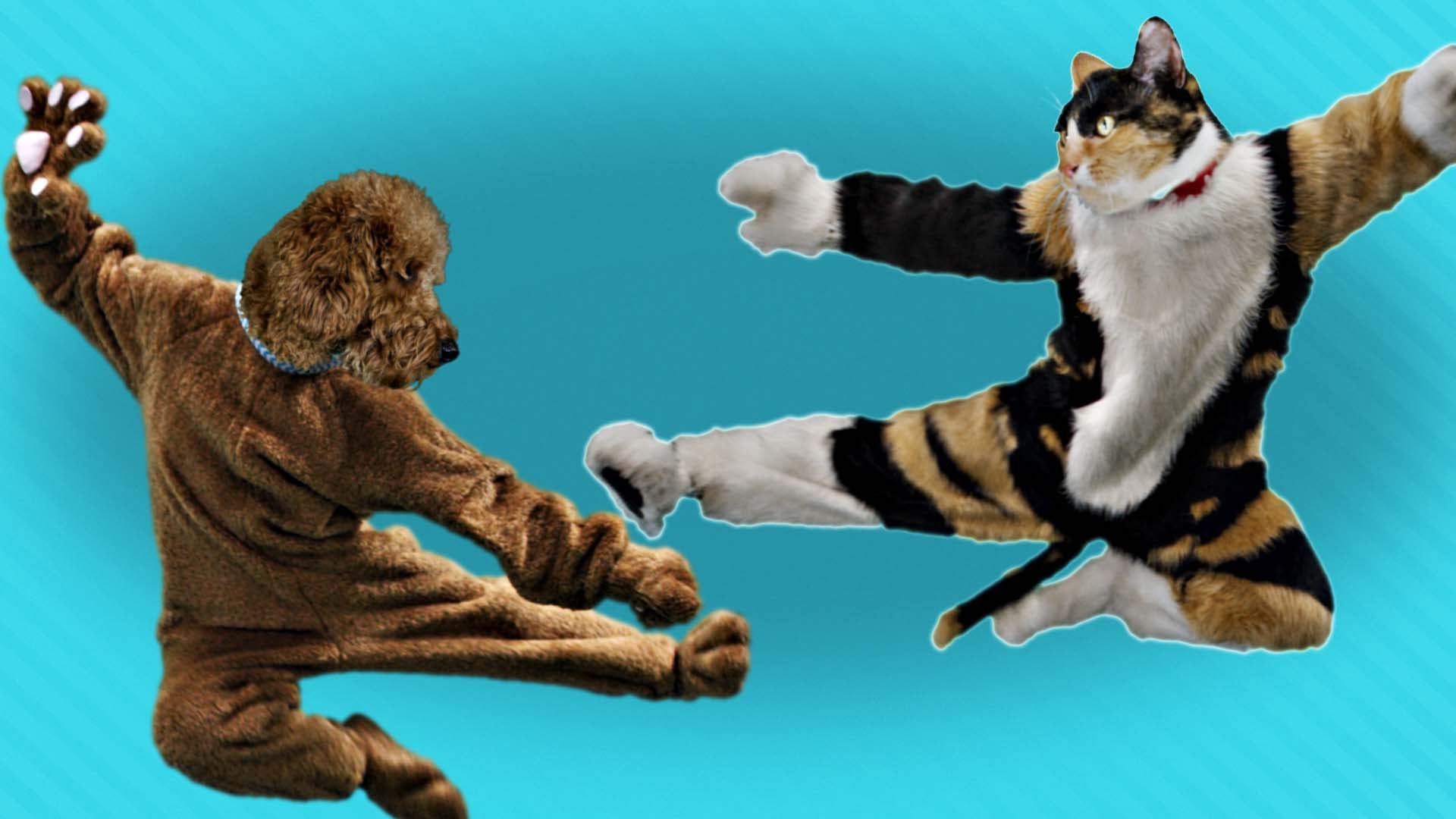 (Image taken from the Thumbnail of Corridor's youtube video)

Now let me ask you something
is there anyone here who thinks rape is a good thing?

No really serious question, anyone?

No I didn't think any-one did

Ok who here thinks murdering people is a fun thing to do in real life?

Well that comes as no surprise, because throughout our lives we've been developing schema and being taught right from wrong. We only develop new schema where we lack information or existing schema to adapt. While we can adapt our Schema in later life it takes more effort / convincing information, this is why children learn so fast while adults, well we really don't as our brains have developed and a lot of schema formed. So learning another language and say that la fenêtre means window in French, it takes a little more effort than a child learning what a window is and that it's called a window. If you introduce the French name to a child still learning about the world they'll likely pick up the French name too.

Consider it like plasticine once it's warmed up it's nice and malleable but over time it dries and goes a hard requiring extra effort to change its shape. That's not to say you can't shape your schema as you get older but it tends to require more effort, it's why there's the stereotype of old people being stuck in their ways. 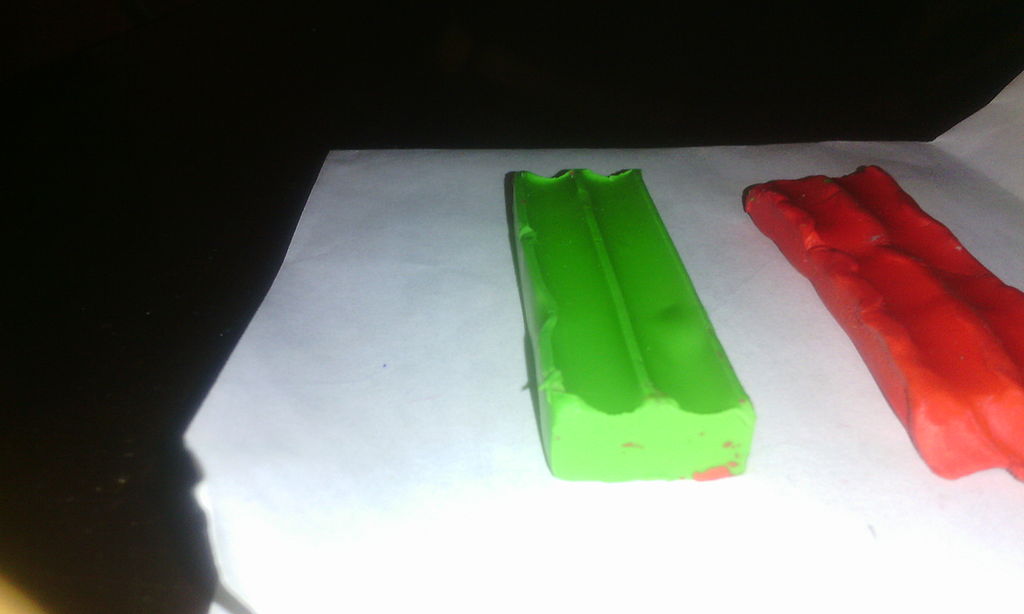 What Vygotsky adds to this is the idea of the "Zone of proximal development ". This is basically the gap between where you are solo and where you could be with help from others. He postulated that it's people we see as peers that we are more strongly influenced by. All of this was actually gone over in the 1980's, in the UK, in relation to violent movies.

It would be wrong of me to say there is no possible way ever games could create a killer / rapist / monster. The problem is that would require the person to exist in a vacuum with video games, thus there was 0 influence from: peers, parents, officials or pretty much any-one else. Or worse the person being surrounded only by people reinforcing said ideas for fucking years on end. Now that sounds like a pretty major failure of society there does it not? I mean really no-one telling a person beating the shit out of people or other such things is bad? Just really? Even then video games have systems in place to try and limit potential exposure to ideas that could create harmful Schema before a person is mentally mature enough. That's why video games have ratings (well more to avoid government censorship but it's the reason ratings are accepted). It would also however be wrong of me to say only video games can do this as one of the most infamous series of murders in American history were inspired by a Beatles song.

As Jim Sterling pointed out the media is more than happy to show some pretty gruesome violence. As the previous video I put in here says the news media were deemed to have had a far larger impact in the 1980s as the cause of riots in the UK rather than the release of Rambo.

Oh and don't get me started on "Toxic Masculinity" being the problem because based on what could be called toxic masculinity it generally actually isn't those seen as the beacons of toxic masculinity in the world that end up shooting up places. It's not the meat headed jock; nor the socially inept nerd who is ultimately happy to DnD with friends that become mass shooters. It's the guy often claimed to be a strange loner and on top of that in most cases they're someone with a pre-existing history of violent behaviour, or already diagnosed mental conditions.

Well that seems like as good a time as any to wrap up and say chances are whatever bad thing people are trying to blame a piece of media for. Remember this Dilbert comic and if this has somehow landed on the desk of someone blaming the worlds ills on media. The time is coming where you will have to change and when that time comes THE REVOLUTION WILL BE LIVESTREAMED