4:14 PM on 08.27.2012 (server time)    0
I’m all about suspending reality when I’m gaming. You want me to be a rebellious vampire prince traveling through time with the ultimate goal of turning into a sword so that my estranged vampire daddy can use me to kill aliens? Hell yes, Legacy of Kain! Is it ok that my character can learn a spell that literally allows them to summon a super nova that explodes through the galaxy and strikes my melee range foe with laser like accuracy? Do cats lick their own butts, Final Fantasy? Of course! Can I swallow the fact that hiding in cover allows me to shrug off the wounds of 8,000 bullets? The real question is how can I not, every FPS? But ask me to understand the reasoning behind why there’s always that one enemy who runs at me with a freaking knife in the middle of a firefight, or play the game for me, and I draw the line. 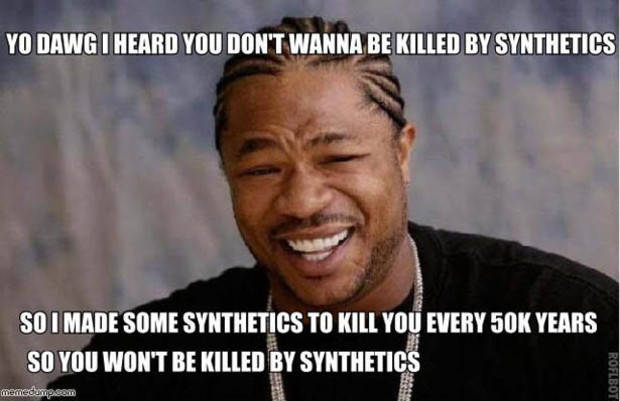 I find myself actually shying away from some games because of this interactive movie approach. I’m a gamer because of the mechanics of a video game. I can find equal admiration for a well made NES title and the latest Unreal Engine multi-million dollar hype spectacle if they both give me a challenge and make me think a bit. In terms of real innovation in a title there’s only been a trickle in recent years. Studios aren’t taking risks. And when something is a success it’s quickly picked clean by yearly releases and an army of clones. I feel that gaming is beginning to become a lot more passive than it’s ever been. Cinematic kills and lengthy narratives are awesome, but they should be the garnish and presentation, not the main dish. Maybe I’m old fashioned and refuse to adapt to the times, but I miss when video games were games. [/size]
Login to vote this up!