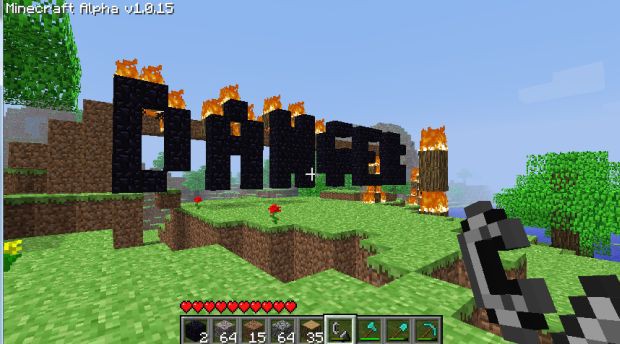 Real danger is simply put to a minimum. One example of this working can be found in Splinter Cell: Chaos Theory. In the the fifth level there is a moment where Sam Fisher is sent to extract some data from a heavily guarded server. You slide down a rope into the server room. Darkness surrounds Sam, save the flickering computer screen. You achieve your objective, but the game's scripting forces the room to light up and have a guard enter. The guard can kill you, but one would have to be fairly incompetent to find themselves dead in the situation. A quick witted person may climb back up the rope before being noticed, or they may simply force a bullet into the guards head. The imminent danger forces the player to act out of instinct, creating tension rarely seen. Providing that real risk is an important part in creating a believable cinematic experience, but it can be enough to overwhelm the player.

Maintaining player involvement is also a key factor. Call of Duty: Black Ops seems to expect the player to perform a genocidal level of killing throughout each level. If a player begins to hesitate in Black Ops, one may suddenly find that the game is progressing without them. Kept to a minimum, the game can feel to enforce the idea of being a part of something bigger like a squad or army; multiple times will quickly reveal just how innocuous the player is. Metal Gear Solid 4 also contains a moment where player agency is minimal, but instead enforces the feeling that the world lays in the player's hands. (SPOILERS) The player is tasked to keep Snake alive by mashing the X button. This is a moment that's heavily scripted and doesn't require the effort that many invest into it. However the illusion is maintained as the game expects the player to fall short at some point. Unless you've somehow acquired a turbo for the PS3, your thumb will likely get tired at some point and you'll ease up on mashing that button. The game then scripts certain moments where Snake begins to fall, these moments can seem like the players as fault as they've let off a bit. It increases the player to invest more and try even harder, thus avoiding the possibility that they'll realize that their effort isn't all that necessary, at least not to that extent. By linking likely player reactions, Metal Gear is able to implement believable scripted danger.

After seeing the reaction to the infamous Black Ops video, we will hopefully see developers better position players within their worlds. Implementing these two ideas would go quite a ways for me, but I'm excited to see anyways that studios look to keep players involved. May we avoid, games that play themselves.
#Community    #Rants
Login to vote this up!