Recently I found myself in need of some new buds. Not that kind, the ones you put in your ears. Whether my dog or washing machine ate them, I cannot say. But they're gone. My last pair were a $35 likely from China cheap pair. They were actually fairly decent and for the price I was impressed with the quality. Now, I'm typically not the splurging type, outside of food and games. If there's a cheaper option I go for it. However this time around I thought maybe I'd upgrade to a nice pair. Originally when I was going to buy my cheap amazon chinese buds, I was considering buying airpods. However, I couldn't reconcile the outrageous price. I'm not sure if they are over priced, but they were expensive. And when you're comparing $200 to $35... I couldn't justify it.

Not too long after my purchase of the Amazon buds, I started to see advertisements from some youtubers for Raycons. I figured I'd keep them in mind for the next chance. So here we are. I needed earbuds. I wanted to find out if Raycons were actually going to be better than my $35 amazon buds or if it was just basically the same product with a, we sponser your favorite youtubers and double the price, kind of thing. Plus the less money I can give to Beff Jezos the better. I don't like that man. Jeff please let your employees take a piss mate. Anyways morbid curiousity had a part to play. I mean it's kind if like Raid Shadow Legends. There's only so many commercials you can see before you wonder how bad it can be. I mean you can't really trust you're favorite youtuber because they're being sponsered, can you. My feeling was Raycon's were probably good, but how good are they? Were they going to be better than my $35 pair? Well I'm gonna answer that, and sadly I am unbiased as Raycon did not spinser me. They didn't even send me a free pair, I had to pay full price like a normie. Don't they know who I am?!!

Anyways let's talk about the earbuds. They come in some pretty sleek packaging. It definitely has that premium space age future chrome quality to it. It looks nice is what I'm saying. 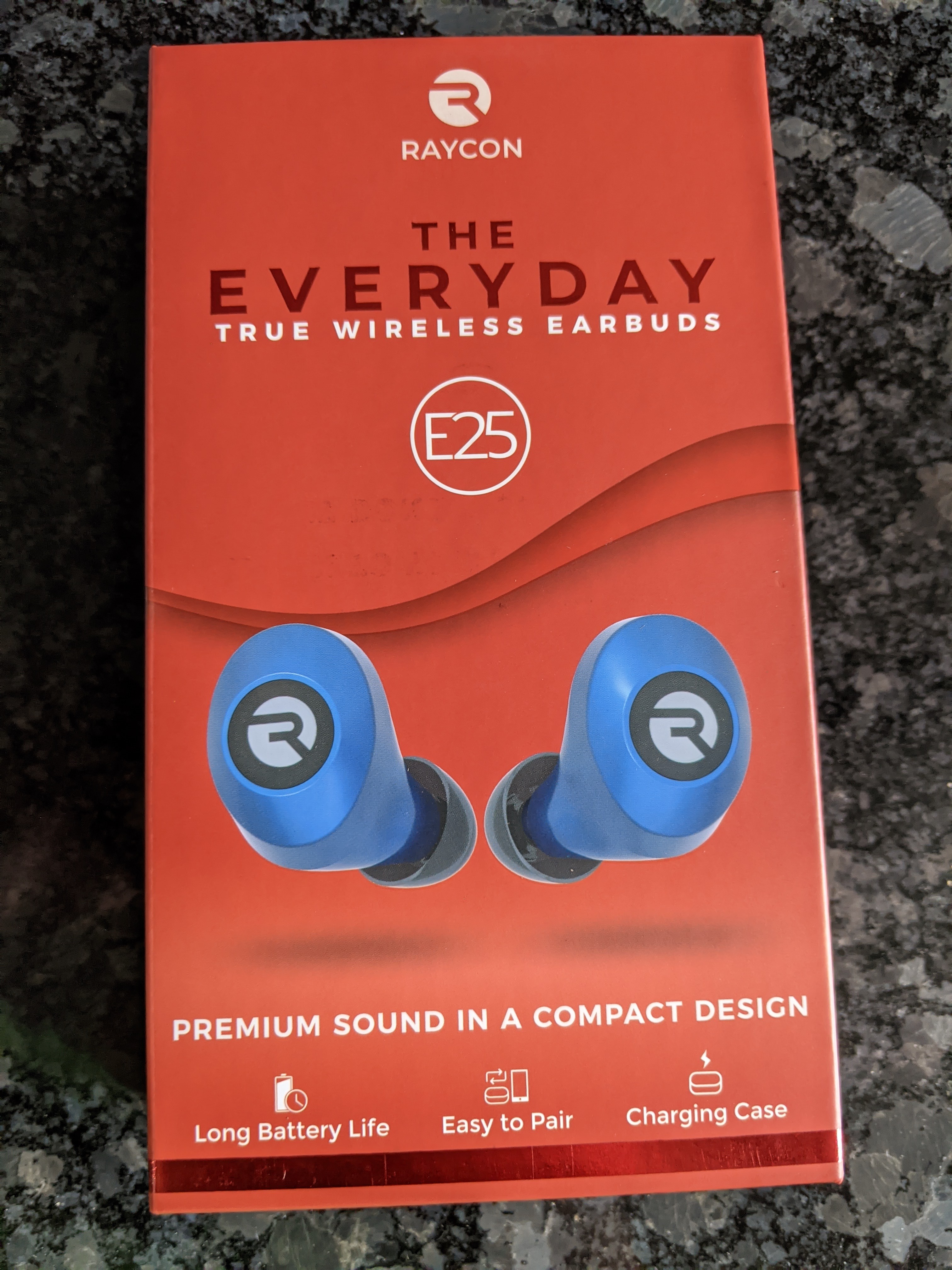 The charging case is tiny which is nice. My $35 pair of earbuds charging case was a bit bulky and it was bothersome to keep in your pocket. It's actualy the reason I lost my cheap buds. I had them loose in my pockets and must've forgot them and they fell out. May they rest in peace. The Raycons case is so small I forget it's in my pockets. 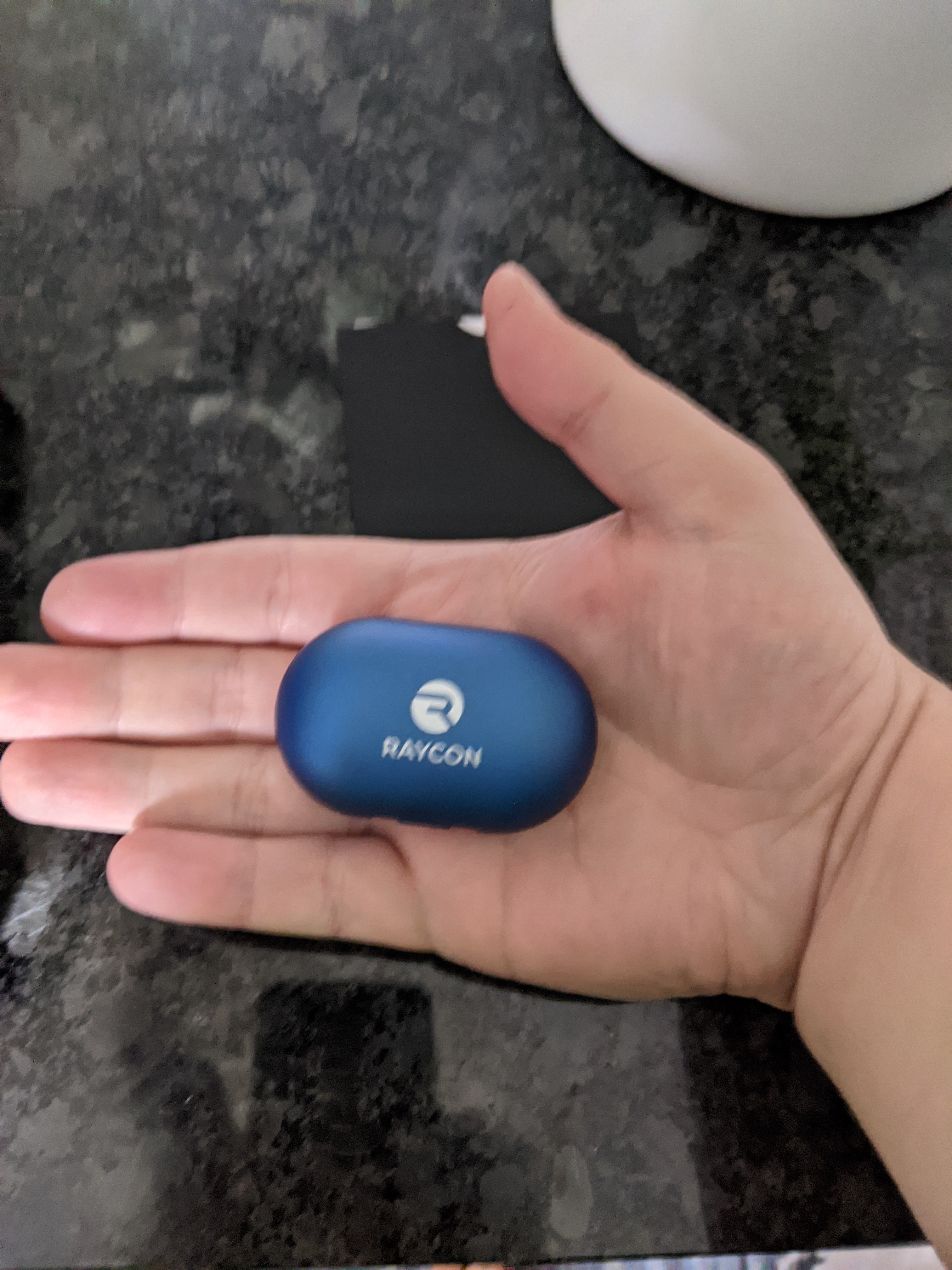 But who cares about what they look like. It's all about the sound. Well, to be honest these are the best sounds headphones or earbuds I've owned. The Fidelity is high, music is much crisper and the bass actually has a lot of kick. I listened to everything. Sinatra, Logic, Queens of the Stone Age, Kana-Boon, and Michael Jackson. All of it sounded great. I could make instruments individually and even was able to pick out some that I didn't even know were in those songs. The sound in my $35 buds was more like a casserole where while I enjoyed it, it was hard to pick out all the nuiances in it. Where as these Raycon Everyday E25's were like a parfait where I could pickout and see each ingredient individually. Plus it was seasoned. The bass was more bassy, the snares were more snarey, and the hee-hees were more hee-heey. The quality is a noticable improvement from those $35 set. Not something I expected to be honest. I expected them to be better but just not as noticably better as they are. 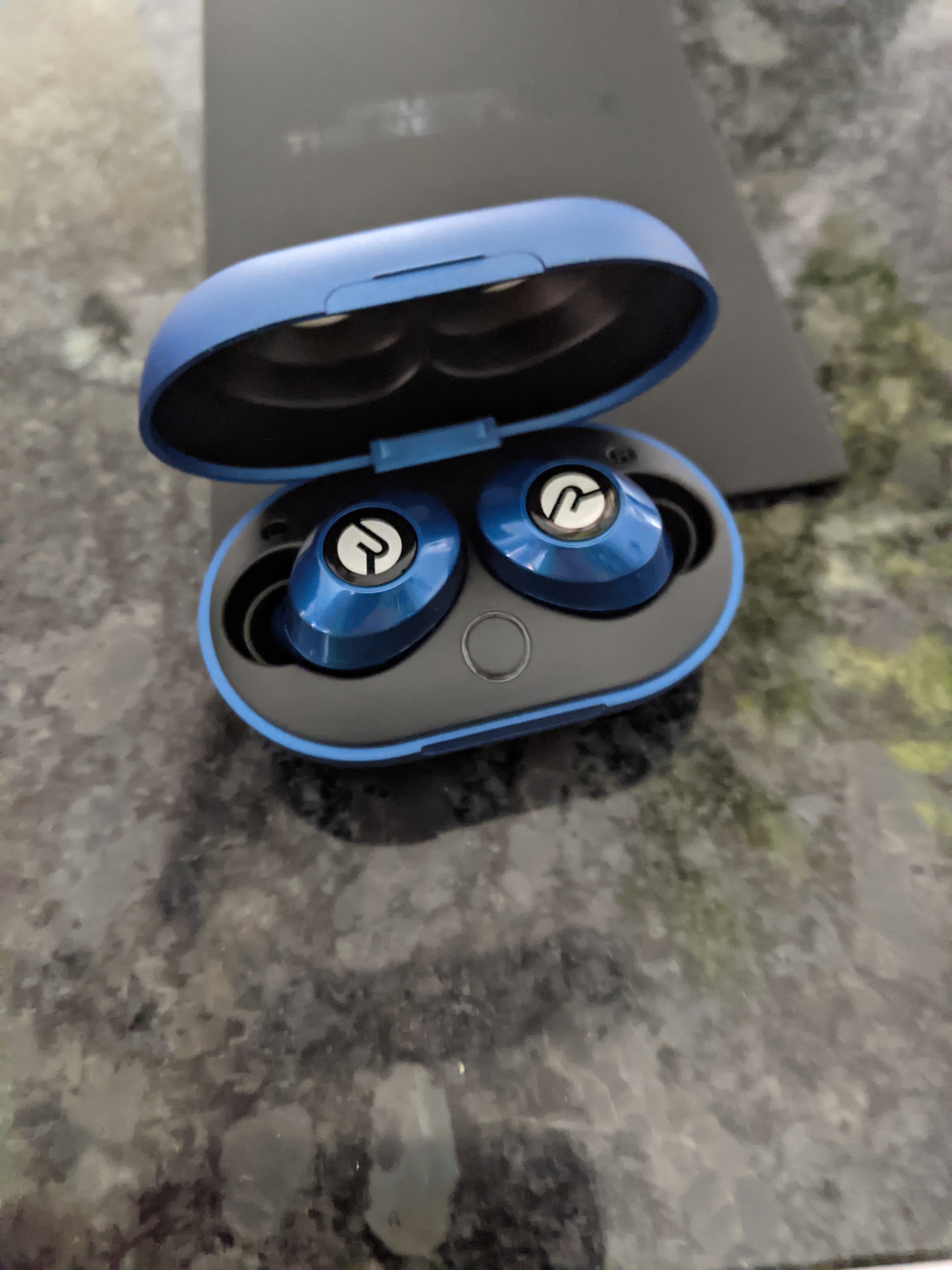 Now Destructoid I will now answer the most important question... How does my waifu sound on them. Well unfortunately, I am sad to report that your favorite waifu sounds like trash. However this has nothing to do with the Raycons. Your waifu is just trash. But what about other types of video? Well the delay is almost unnoticeable, if it even exists at all. There were times were I thought the sound might have a slight delay but honestly it could just have been due to me looking for it. Hard was to say. However I figured out a way to test this. I played some Raid Shadow Legends. This review is sponsered by Raid Shadow Legends. Boy howdy was Raid Shadow Legends a console quality rpg but on your phone. Join my clan today to recieve a lifetime of misery and boredom! Nah just kidding. I would never take money from them... 👀unless. No what I actually did was played some games and I opened a piano app. There is 100% a delay. It is very notciable on games and when playing piano. Barely noticable when watching videos. So keep that in mind.

Overall the $80 raycons were well worth the extra money if you can swing it. Plus you can get a 15% off code fairly easily. They literally give you one when you access the website. While the $35 pair were servicable, the raycons are definitely worth twice the price. Really the only negative thing is the slight delay, but bluetooth do be like that sometimes. My cars bluetooth has abhorrent delay. It really makes watching videos while driving unenjoyable!