Every Pill is Red: The Futility of Choice 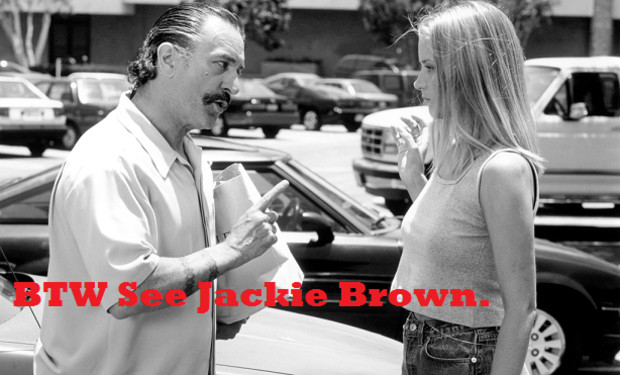 I’d like to think that one of the reasons everyone loves Quentin Tarantino films is because of his unrelenting ability to go against conventions. He will kill John Travolta half-way through the movie. Robert DeNiro a bad ass? Psh let’s display him as the biggest scum bag ever and have him die for being an idiot. I’d like someone to take that approach and apply it to choices in games, because that’s really how it should be. Knowing that serious ramifications could occur if you act like an idiot makes you think about your choices more seriously.

Choices are in a mindset of constant invincibility right now. Nothing bad ever happens; try doing that with other games. Boot up Starcraft and put in the “power overwhelming” cheat and see how much fun it is. Or try beating GRAW with invulnerability. It isn’t fun, or even interesting. Developers don’t realize that without the ability to fail, the possibility of screwing everything up, the reward for succeeding isn’t there. Because no matter if you made planned and intelligent choices, the twelve year old kid hitting the “mean” option will make it through the game with just as much ease.

I’d like to think we’re a pretty smart group of human beings. I can’t be the only one who’s out-smarted the predefined choice-mechanics and chose a logical solution that was presented as something I did not intend. If anything thousands of gamers every day are revealing the mechanics to be simplified and rudimentary. So why not offer us with more difficult decisions and thought-provoking actions. I think we can handle it, do you?

Please leave a comment and let me know what you think.

ADD-ON: I changed all the pictures to be hosted by Dtoid (despite my loathing for its forced resizing that took an hour to work around) and formated them so it doesn't look so cluttered.
#Community    #Rants
Login to vote this up! My name is Artie Augustyn... and I'm an alcoholic. No I'm not, but I feel inclined to say that joke when given the opportunity no matter how predictable it has become. I started playing video games in 1997 when my parents bought me a Nintendo 64 and pleading for one for years. I was given Super Mario 64 and Goldeneye 64 on Christmas, and a year later on my Birthday I got Ocarina of the Time. I eventually moved up to a GameCube based on the brand recognition. I was soon persuaded into the world of Sony after playing Dynasty Warriors and Vice City at a friends house, and now I stand before you with an Xbox360, Playstation 3, Wii and PC.

For the most part many people have considered me a "late gamer." I never owned a NES, SNES, Sega Console, or Atari and I get a lot of flak for that. I've begun an initiative recently to go back and play older games that people hold to high praise and you can follow that on my podcast which I'm sure I'll mention a thousand times in this blog.

In terms of my views on gaming, I'd like to think that gaming will one day achieve a level of professionalism and seriousness such as movies or books. I think there are a few reasons that this goal has been kept back. Many gamers don't take the notion seriously, in addition to many leading voices not knowing what they're talking about, and in general everyone's disbelief that it's possible for games to be something more than what they already are. Although, I found Destructoid's views to make the most sense out of what I've seen so far, so I made an account on that sole reason.

I think that covers everything.