ORA ORA ORA! MADO MADO MADO! CROSSFIYA!
Sorry, I might have got carried away, now that i have your attention - Here is a little review for JOJO'S Bizarre Adventure : Heritage to the Future PSX.
BACKSTORY:
Version: The Playstation Release to the arcade version
Campany: Capcom
System: Playstation/Capcom Play System III
Release Date: 1998 - 1999
With JOJOBA being a truely "Bizarre" series, capcom decided to grow it's popularity by making a fighting game for it.
The Manga introduced stange creatures manifested from Hamon itself! We call this... A STAND!
Anyway, The game is a interesting 4-button fighter. Featured 3 standard attacks and a "stand activation" button. It's a cool
feature that allows you to litterally control these creatures and do unique special moves with them!
This is nice and dandy but...
LETS GET READY TO JOJO!!!!!! 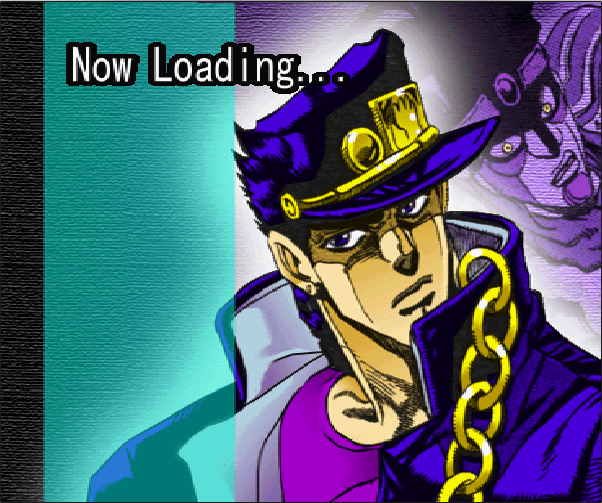 Ugh, boring playstation loading times! Said no one EVER!

THE MECHANICS: 9/10 -
I already explained the buttons but it goes a little deeper.
You can do various inputs that can turn around a match. Like stand attacks, guard cancels and various other things
my only flaw about this is some characters stand attacks are useless.
Dio - A dash punch that does little to no damage??? What the point in that?
Besides that, the mechanics are flawless!
THE GRAPHICS: 7/10 -
This port still has the wonderful comicbook/manga art style that makes the game a great experience.
I mean, hell - imagine the satisfaction of beating your brother and getting AN HD MANGA ART image of the character's
mangled face! 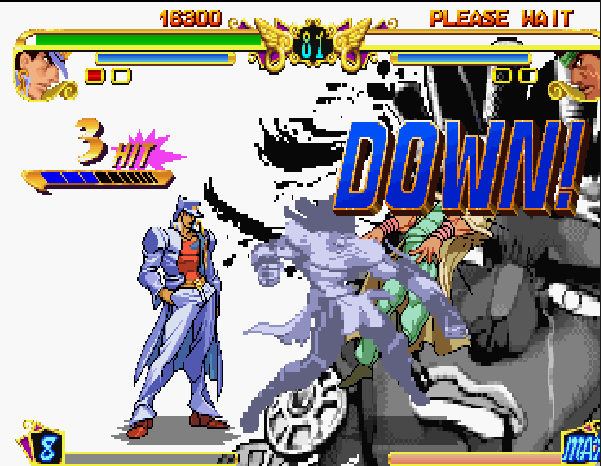 The Orginal was better!

HOWEVER, The Playstation version had a lot of nessesary art removed. So stands are pretty much solid colors.
Also, the game does not use the "zoom" that the dreamcast and arcade version did. But this doesn't take away from the wonderful game.
THE GAMPLAY: 10/10 -
The gameplay shows that Capcom really knew what they were doing with the series! The Stand system is 100% accurate to the manga.
Even the special moves are accurate. For those who actually read the manga? Wanted to use Dio's steam roller? Shit! You can litterally do that! 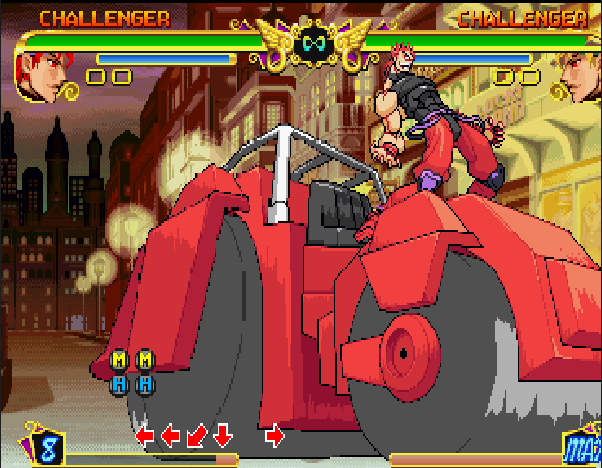 ZA WADUROO!
The Game even features a story mode that the dreamcast version didn't have. (NOTE: Dreamcast arcade mode played like character's individual stories
in the aracade version). It has a "secret factor" system that allows you to get bonus points for a chapter by defeating the oppenent accurately to the
way it was done in manga.
You can play as 22 characters (4 locked) in ALL MODES (Excluding Super Story). They all have accurate moves that have great visuals and strategy! 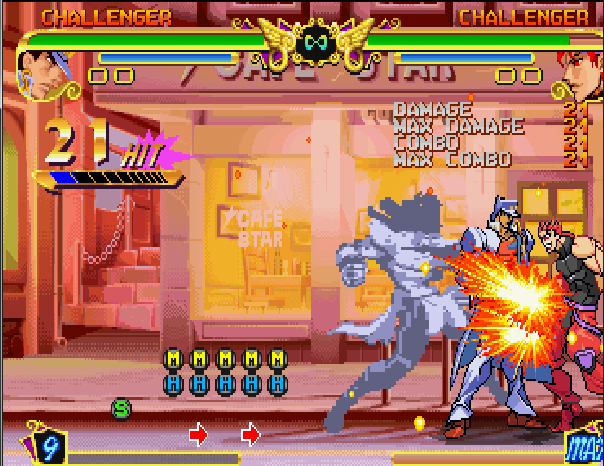 ORA ORA ORA!
THE AUDIO: 10/10 -
The game is a great Audio experience. The soundtracks sound like wonder 80s style jazz themes. These themes will get stuck in your head!
OVERALL: 9/10 -
The game is great and while it is not "Arcade perfect" it's just as good the way it is. It varies from the dreamcast version which is arcade perfect; so
if you have a dreamcast and ps1, grab both. Trust me, you'll go back and forth!