Tis' is the end of the year and a lot happened in the Fighting Game community. There were a lot of great games and people didn't hesitate to post videos for them. However, I decided to go retro. I have a Youtube series of gaming videos done on single player and multiplayer. Here is a large dump of all my videos done since February, the month I started in.

***NOTE*** This is a repost of the last one in case you guys missed out! Also, I added an extra update! A new video has entered the arena.

I'm sure most people have played on Fightcade (shame on you if you didn't), so for those who are familiar with it, here is the start of some sweet battles that I have done!

Man, this battle was lit! The skill level of this guy was CRAZY!

AFTER THE MATCH: Man, that was crazy! It's like, you come close, then get destroyed afterward! 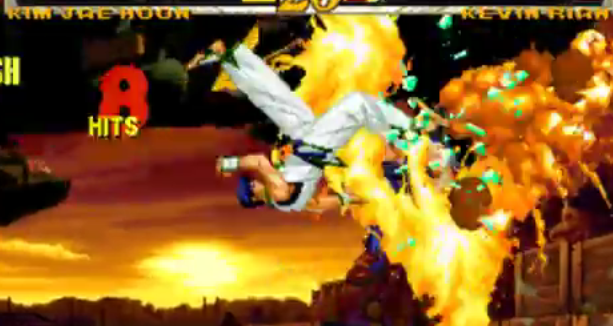 Just look at that explosion!

If you though the Garou Vid was too short! This will not fail to impress you!

AFTER THE MATCH: Man, this video quality wasn't too good, but the battle was hyped!

PS: This was my first Fightcade recording!

Ok, I don't know if he got the games confused, or he just loves Art of Fighting. Whatever it is, he is really good at Fatal Fury!

AFTER THE MATCH: Mai, Mai, Mai MAI! Mai is unstoppable once again! But who cares? The battle was still awesome.

Well, that wraps the Fightcade chapter! Hope you enjoyed this because the mayhem isn't over yet!

Ok, so Fightcade had some chaotic players, so I had to settle down a bit and do some offline gameplay of my choice. Check this out!

Using the power of Sether, I began kicking a couple of asses during this gameplay. Wait, does Makoto use Sether?

AFTER THE MATCH: Well, Tager sure does know how to kick butt with magnetism.

Super-charged Akuma, Awesome Super combos, what could go wrong? Why don't you watch and find out!

AFTER THE MATCH: Well, Bison Sure wasn't fair. But that was an awesome arcade mode. What do you think?

Now, this is cool. Team battle KOF style? Sounds like my kind of Street Fighter!

AFTER THE MATCH: Sheesh! Who knew there was such chaos in this game! Well, hope you liked that!

4 - Capcom vs. SNK: The Match of the Millennium: Pair match mode

And I thought 2 was cool! Check out this gameplay!

AFTER THE MATCH: Man! This was chaotic! I didn't know I was that skilled!

That's a wrap! The awesomeness has concluded in some sweet battles. Internet or not - I need some improvement. What do you guys think?

Next up - I'll be showing you all my Mega Man Zero gameplay/speedrun vids from 2017, and they were lit!

If you guys got a comment about this mayhem, go ahead drop it below!