ARGH! A blog about being depressed, not about suffering depression. 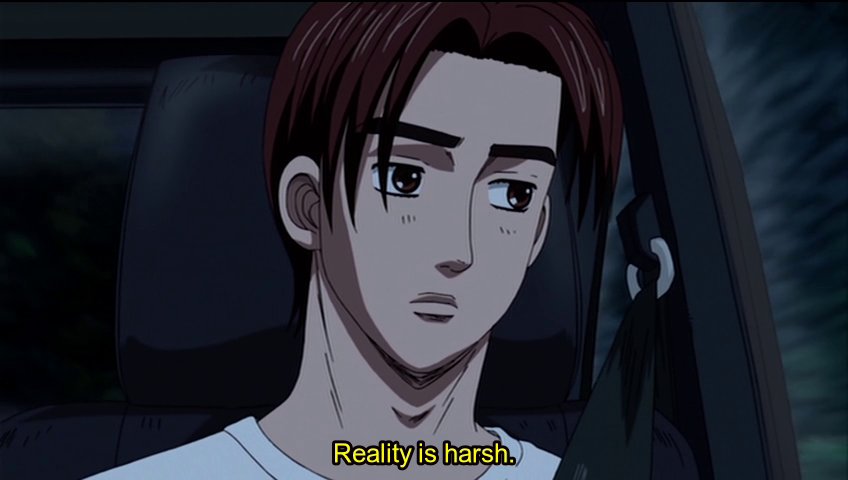 To start off, I don't have depression that I'm aware of.  I have no thoughts of ending my life, still get a kick out of doing the things I enjoy, and as far as I know I have the ability to feel happy.  It's just that every time I get my hopes up, something fucking stupid happens.  It gets to the point where if something doesn't go wrong for more than a week I start to get anxious in expectation that something's due to go wrong.

To put things in perspective, life for me has always been a financial struggle. Every time I make a point to save money to try to take care of things, somethings comes around and fucks it all up.  I'm sure many of you can relate.  Right now I am making the most money I have ever made in my life and am somehow more in debt than ever.  How does that happen?  Life's complications I suppose.  While I myself don't have depression, everyone else in my household either sees a therapist, or takes antidepressants.  It leaves me somewhere in the middle trying to figure shit out.  Between medical bills, my older son's college, the new car we had to get after his car to get to school broke, I'll be lucky if I have 50 dollars a month to spend on something I like, which makes me feel selfishly depressed.


My older son (19) is extremely needy in the sense that he always wants stuff and it always becomes an argument as he fails to grasp the simple concept that money doesn't grow on trees.  He doesn't have a job yet and picked up the AWESOME habit of smoking with his idiot friend who buys him cigarrettes.  His depression is getting better but it's always tricky to figure out how hard to push someone who was until very recently suicidal.


My younger son (17) has autism, anxiety, and has trouble speaking.  He wants to move with his asshole biological dad in Texas because he thinks life will be awesome there.  I know his dad will do nothing to enroll him into college and this worries me. the man wants to pretend he's a great dad yet does nothing for his kids.  My wife develops constant migraines which incapacitate her to the point of me getting home from work and going straight to doing dishes, laundry, cat litters, cooking etc.

At the end of the day I'm tired and at some point my older son (19) wakes up every night around 3 or 4am and goes outside to smoke and slams the god damn door.  I have talked in lenght to him about this, and as a stepdad with a defiant as fuck clinically depressed son it feels impossible. The depression probably fuels his lack of showering and oral hygiene. I have to be the police in terms of fucking showers and tooth brushings.  Luckily for the most part he's kindhearted, and thoughtful to others....he's just 19 and thinks he's right about everything which drives me mad as I know he's doing irreparable damage to his lungs etc.

All of this shennanery leaves me emotionally, mentally, and physically exhausted at the end of the day.   I had been excited about Red Dead Redemption, Let's go Eevee, and Spyro Remstered, but with all the bills piled up, that's not happening any time soon.  So what's left for me? To vent about this situation and hope that at least one week can go by without bullshit.


I feel like I had more to write but eh...That's it in a nutshell.